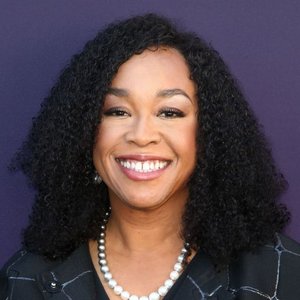 Jeffrey Jur, ASC on shooting Bridgerton, working with Shonda Rhimes, Dirty Dancing, The Big Picture, The Last Seduction, How Stella Got Her Groove Back, and more

Cinematographer Jeffrey Jur chose the path of filmmaker not just as a job, but to put something out into the world that he finds personally wonderful and amazing. He sees filmmaking as a way to express what he says to the world visually and photographically. Jeff always tries to find projects that reflect a part of him and keep him creatively inspired.For the Netflix series Bridgerton, executive producer Shonda Rhimes and the series directors knew the show needed to have a “female gaze” when it came to the sex scenes, emphasizing female pleasure and desire, bringing the series a refreshing, contemporary feel in spite of the historic setting. Jeff had shot several Shondaland projects over the past 20 years, beginning with the pilot for Grey's Anatomy and the pilot for How To Get Away With Murder. As the DP of How Stella Got Her Groove Back and Dirty Dancing, Jeff also had experience with shooting movies from a more feminine perspective. He likes what Shonda Rhimes has to say to the world about relationships and race, and the colorblind alternate history of 1813 presented in Bridgerton. The scripts are written with modern language, and the show had to feel modern but keep true to the Regency-era romantic beauty. He found it very exciting to shoot in England, where the streets and historic houses needed very little alteration to fit the time period, especially around Bath. Jeff's inspirations for the vibrant, colorful look of Bridgerton included Pride and Prejudice and Stanley Kubrick's historic movie Barry Lyndon. In fact, one of the locations Bridgerton used, Wilton House, was also used in Barry Lyndon. Much of Bridgerton was lit by candles, natural light, and balloon lights. It was necessary to shoot in historic buildings without touching the ceiling or moving the furniture. Fortunately, the UK crew was used to shooting in many of the locations and knew how to manage the restrictions.In the mid-1980's, Jeff had just moved to L.A. from Chicago, getting by shooting shorts and a few dramatic films, when one of the producers for Dirty Dancing saw his work on American Playhouse and hired him as the cinematographer. Jeff had no idea that 1987's Dirty Dancing would become his big break, and he's honored to have been a part of something that has become so iconic. It was shot on a very low budget and no one had very high expectations for how successful Dirty Dancing would become. Dance films such as Flashdance and Footloose had done well, but everyone involved in Dirty Dancing wanted the dancing in the movie to be authentic, performed by the actors, not with professional dance doubles, as the audience follows the main character's journey as she learns how to dance.Soon after Dirty Dancing, Jeff shot The Big Picture, Christopher Guest's directorial debut. The Big Picture was a huge flop, but it ended up having a following once it reached home video. The story follows Nick Chapman, a recent film school grad whose short film wins an award- but breaking into Hollywood is not that easy. Jeff loved the film because the plot really spoke to him. Growing up in Chicago, he always had a passion for filmmaking and while in high school, his film won him a scholarship to Columbia Film School. The Big Picture includes many short films, fantasy sequences and student films within the movie which were great fun to shoot.Jeff switched gears creatively to shoot The Last Seduction, an indie film from the 1990's that was an homage and reinvention of film noir directed by John Dahl. He went on to shoot romantic comedies How Stella Got Her Groove Back and My Big Fat Greek Wedding, which is still the highest grossing romantic comedy in U.S. history.Jeff began shooting television on the HBO series, Carnivale and he's found working in TV to be very rewarding. The mid-budget features Jeff used to work on have disappeared, and many of the directors he's worked with have moved into television, like John Dahl,

On this episode of the Growing with Purpose podcast, host Paul Spiegelman talks with Sabrina White, Head of People &amp; Customer Experience at Text-Em-All, and Leslie DeMent, Managing Director at Tailwind. Sabrina and Leslie are graduates of the Small Giants Leadership Academy who found lifelong friendship in one another and with the other leaders in their class. On this episode, Paul sits down with Sabrina and Leslie to dive into what makes their friendship so special. Sabrina and Leslie were in the same class of the Small Giants Leadership Academy, but they didn't really get to know one another until six months into the program, when they spent time together at the Small Giants Summit, which is included in the Leadership Academy experience. The two hit it off right away, and went on to form a friendship that has only grown since they graduated from the Academy. Today, Sabrina and Leslie rely on one another as friends and as leadership mentors. As Sabrina prepared to become a new mom – and also the first person in her organization to ever become pregnant — Leslie drew on her experience as a working mother to help Sabrina plan for maternity leave and map out a blueprint for her team. And the support is mutual: Leslie loves to remind Sabrina that they're going to be "friends forever" and that she relies on Sabrina as a trusted sounding board for her leadership and personal challenges. In this episode, listen along as Paul, Sabrina, and Leslie have a fun, inspiring conversation about the friendships that emerge from the Small Giants Leadership Academy and the Small Giants Community at large. You'll hear Leslie and Sabrina's reflections on the importance of peer relationships in leadership, and learn why all three of them believe that accountability is a cornerstone of Small Giants leadership. 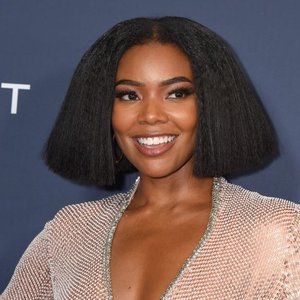 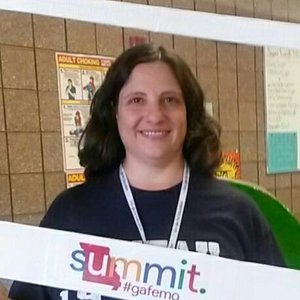 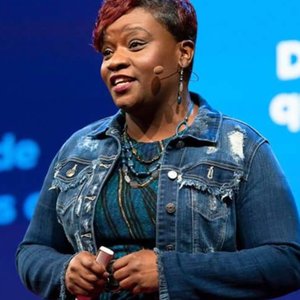 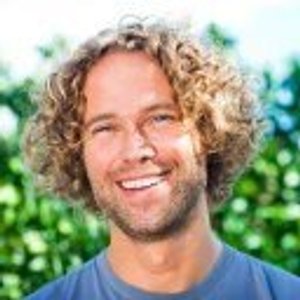 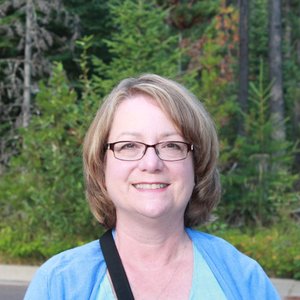 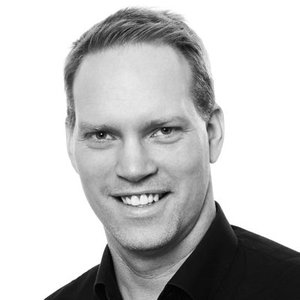 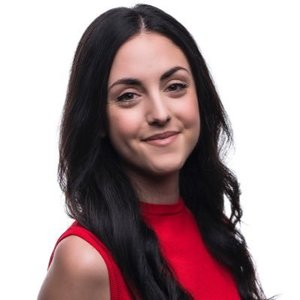 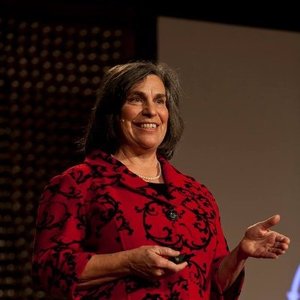 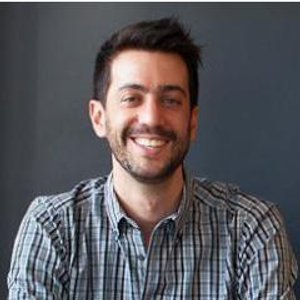 Shonda Rhimes and Betsy Beers on What Makes Partnerships Last

The Shondaland powerhouses reflect on their experience making Bridgerton and how the beloved on-screen friendships mirror their own. Shonda and Betsy explain why their shows are anything but predictable “omg” moments, why the word “likeable” is a dagger into their hearts, and what truly makes a strong producer. Learn more about your ad-choices at https://www.iheartpodcastnetwork.com

Shonda Rhimes: How We See Each Other Through Characters We Love

Television has always had the capacity to serve a greater purpose than just providing entertainment. It can introduce us to stories and characters we may never have known, and allow people who identify with them to feel seen, heard, and represented. Especially during a time when many people have felt isolated, television can keep us connected, give us an escape, and make us laugh. But it takes a visionary writer and producer like Shonda Rhimes to create those stories and characters, bring them to life, and make them so compelling that people—love them or loathe them—want to invite them into their lives episode after episode. Shonda has brought us groundbreaking shows like Grey’s Anatomy, Scandal, How to Get Away with Murder and Bridgerton and her best-selling memoir, Year of Yes. Through her production company, Shondaland, she has become one of the most prolific, respected, and successful creators in entertainment—and a pioneering example for young people who never thought that pursuing a career in writing and producing television was an option. Just as she has created new ways to tell stories in what may seem like familiar settings like hospitals or the White House, she has focused her philanthropic work on changing the narrative around what a philanthropist looks like, and finding ways to make sure others have opportunities to realize their own talent.In this episode, Shonda joins President Clinton, one of her biggest fans, to share stories of her life, the power of saying yes, the secret to creating characters that speak to and for us, and the future of her Netflix hit, Bridgerton. Learn more about your ad-choices at https://www.iheartpodcastnetwork.com

This week the Betches talk non-fiction! Kristin and the Betches discuss the plot of "Year of Yes: How to Dance It Out, Stand In the Sun and Be Your Own Person" by Shonda Rhimes. The Betches discuss race, Shonda as the visionary she is, and motivations within the book. Follow us on Instagram for previews of next week's episode!

Who's got the longest walk? Is beef tea better than pork wine? Which magazine is best for severed heads?

PLUS: It's Election Day! Erika Jayne files for divorce from Tom Girardi! We talk to gardening expert Larry Pfarr abut winter planting AND Chris Rock is amazing in the latest season of FARGO!

One measly Disneyland pass turned out to be Shonda's ticket out of ABC's Magic Kingdom and into the Netflix universe. On this episode, we discuss how ABC lost the “candy”. And then there’s Borat. What is the work from Sasha Baron Cohen that goes into making and being Borat – and which lines shouldn’t be crossed, even in the name of work?Each week Duana and Lainey deep dive into work behind the gossip, the shows, the scripts, and the screenplays. From casting decisions to image management to the process of putting an idea onto the stage or the big screen, Show Your Work is a film or theatre geek's essential weekly listen. Tune in weekly and let us know your thoughts at @laineygossip and @duanaelise on Twitter.See acast.com/privacy for privacy and opt-out information.

FOLLOW US ON ITUNES AND SOUND CLOUDWWW.CONCEITEDNOBODI.COMTELL US WHAT YOU THINK AND JOIN OUR FACEBOOK GROUP CHAT CONCEITEDNOBODI