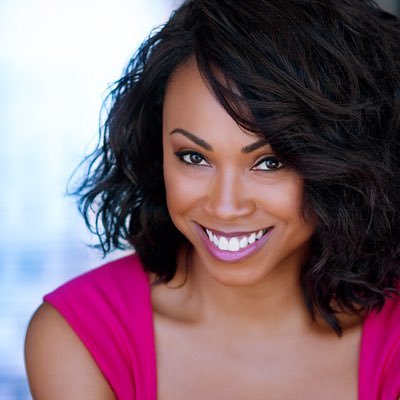 Behind The Real Podcast

My guest speaker actress/director/producer/dancer Keena Ferguson one of her quotes is “You don’t have to be great to get started, but you do have to get started to be great.” Keena Ferguson a Multi-artist, is known for her bright warm smile, strong presence and agility as an actress. She hails from Jefferson City, MO the “Show Me State” and she was most definitely born to be in “Show Biz.” A graduate of The Ohio State University where she received her B.F.A in dance, she moved to Los Angeles less than a week after graduation to begin her career. Her love of all things creative (dancer/choreographer, actress, VO artist, writer, producer, director) has led her to fully accept all of her many talents and Keena now calls herself a multi artist. Keena is currently starring in Tyler Perry’s new TV show Sistas on BET. You can catch her on Wednesday nights playing Leslie Davenport. She has also had roles on the hot Golden Globe and Emmy winning show Atlanta, S.W.A.T on CBS opposite Shemar Moore, recurring on Amazon’s Gortimer Gibbons Life of on Normal Street and many movies on NETFLIX such as RedLine, American Hero and more. She also is the voice of many popular video games like Fortnite, Spiderman, Star Wars, World War Z and more and can be heard at Disneyworld and other theme parks for the brand new Pandora World of Avatar and Star Wars Land.She has danced for many notable artists such as Kelly Rowland, Gloria Estefan, Marc Anthony, Jay-Z and so many more. She also choreographed the 25th anniversary of the hit Broadway show DREAMGIRLS at the Ford Theatre.Keena is also the writer, producer and star of the short film Kai that went on to screen in more than 35 film festivals internationally. She expanded her talents again and directed the HBO nominated film Lindon Passing that was also written by and stars Keena. All of the multifaceted roles she’s played has prepared Keena for her most challenging, but most accomplished feeling as an actress; when she performed her NAACP Award winning one- woman show Keena UnBranded. Playing over 10 different characters intertwining dance and live music, Keena UnBranded confirmed to Keena (and her audiences) that the power of honest artistry was a way to not only entertain, but also inspire.Follow Keena at keenastar on Instagram and Twitter. For more info: www.keenaferguson.com--- This episode is sponsored by · Anchor: The easiest way to make a podcast. https://anchor.fm/appSupport this podcast: https://anchor.fm/aaron-d-king/support