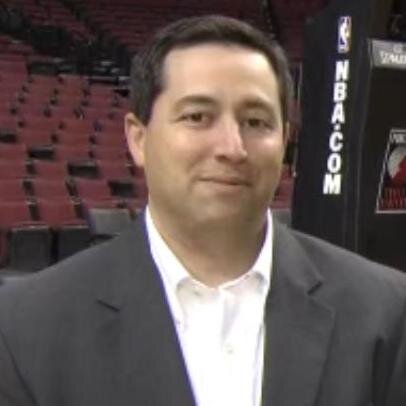 Host Wilfredo Vanegas (@wevanegas) is joined by radio co-host/analyst for the Houston Rockets, Adam Wexler (AdamJWexler). They go over the Houston Rockets small ball experiment last year and also the press conference introducing Silas and Stone. Adam brings in great insight as someone who has actually had an opportunity to speak to both new hires. They also discuss what they think of the Rockets next season.

Interview with special guest Adam Wexler, who is the Founder and CEO of Prize Picks!

Interview with special guest Adam Wexler, who is the Founder and CEO of Prize Picks and is on the board of directors for the Fantasy Sports and Gaming Association! In this episode you will learn about what it take to start your own business, what it’s like in the fantasy sports world, where Prize Picks will be moving towards in the future, and more! Give it a listen if your a fan of business or sports!

CEO of Prize Picks, Adam Wexler, joins Ryan on the Knup Show. He discusses his entrepreneurial journey and how the fantasy experience is changing for customers.

Adam Wexler of PrizePicks on DFS pre-, during and post-COVID-19

Sports bettors are so eager to have something to throw a few bucks at that they've been wagering on Ukraine ping pong and that's apparently fixed. But what about the daily fantasy players? Can those Madden sims tide them over forever. Adam Wexler, CEO of PrizePicks surveys the landscape and drafts an assessment, from a pizza joint in Asheville, N.C. You can almost smell the pie.Also, does his company want to offer sports bets one day like DraftKings and FanDuel?SPOILER: Yes. Listen anyway.

USBets.com Managing Editor Eric Raskin and Senior Analyst John Brennan analyze the bleak April gaming revenue numbers rolling in from New Jersey, Indiana, and Iowa, the Supreme Court considering another sports betting case on the two-year anniversary of the PASPA ruling, and reluctance to restart horse racing in two eastern states, plus they talk to PrizePicks CEO Adam Wexler about how the DFS/sports betting hybrid game works, where it's legal, and how customers are taking to the limited sports selection currently available. Find us on Twitter @US_Bets or go to USBets.com for more.

Locked On Rockets - Daily Podcast On The Houston Rockets

Tuesday evening's show has Jackson, along with Adam Wexler, Rockets Radio Network host and 1/2 of SportsTalk 790's "The A-Team", break down the waiving of Gary Clark, reasons behind doing it, what will happen with the open roster spot and more. To wind things down they talk NBA dunk contest news, their all-time dunk contest lineups and Wex's most memorable moment covering the Rockets.#Rockets #NBA Learn more about your ad choices. Visit podcastchoices.com/adchoices

Are the Rockets prohibitive Conference Finals favorites? Host Robert Land asks Channel 2 Sports' Adam Wexler about taking the season series from Golden State, James Harden's health and Ryan Anderson's future in the rotation. We also get his thoughts on the Gerrit Cole trade, where the Astros can strengthen their roster and if MLB pace of play is fixable. Email Info@HoustonSportsTalk.net for questions or comments.

Adam Wexler joined the KPRC 2 Sports department in June 2015 for his second stint with the station; he was a sports producer with KPRC from 2002-2006. Adam has been a fixture covering the sports scene in Houston since graduating from the University of Texas. He has experience in print, radio, television and online media –- all in Houston over the past two decades.He spent nearly 20 years as a sports talk radio host in Houston. Initially on SportsRadio 610, beginning in 1996, and then at SportsTalk 790 as the co-host of Matt &amp; Adam in the morning and then The Big Show -- winner of the Houston Press award for best sports talk show in 2012. He is still a frequent fill-in host on local radio.He has been the producer for KPRC's "Houston Texans Gameday" with Bill O'Brien for the past three seasons. Adam was the Rockets insider and part of the TV broadcast team for Comcast SportsNet Houston from 2013-2014 and was the color analyst and pre- and post-game host on Houston Rockets radio for three seasons from 2006-2009. He previously served as analyst and fill-in host for Astros pre- and post-game shows on KNWS-TV.Adam also was the editor of a trio of local publications, Houston Texans Weekly, the official publication for the Texans, along with Space City Sports and Houston Sports News.He's covered Super Bowls, Final Fours, All-Star games and covered the Astros in the World Series and much more.