Thoroughly enjoyed my first chat with Bill Mitchell since he left the training ranks in 2005. He begins by outlining his reasons for relocating to Melbourne in his final years as a trainer. Bill talks of his surprise decision to relinquish his licence and the establishment of his own bloodstock consultancy business. The multiple Group 1 winning trainer looks back on nine years as racing manager for the Segenhoe Group. Bill reflects on the excitement of migrating from England with his family at age 11. His father Major James Mitchell had purchased Yarraman Park Stud from legendary jockey George Moore. He talks of school days in Australia and the affinity he developed with thoroughbreds at Yarraman Park.  Bill reflects on his return to England where he learned the basics of training from Fulke Johnson Houghton. Then it was back to Sydney for a stint with Neville Begg. Still feeling his education was incomplete, Bill headed to the USA where he landed a job in the stable of decorated trainer Neil Drysdale. Bill talks of his humble beginnings as a trainer in Scone and his important move to Warwick Farm. He remembers with affection his first taste of Gr 1 euphoria- a win with From The Planet in the 1989 Epsom. Bill was one of several trainers to prepare the bold front runner Stylish Century. He looks back on some notable wins with a special horse. He acknowledges the deeds of several top class gallopers who contributed to his rise to the upper echelon of Sydney trainers. He makes special mention of outstanding horses like Livistona Lane, Kenwood Melody, Dignity Dancer and General Nediym. Bill elaborates on the progress of Mitchell Bloodstock, a company he formed fifteen years ago in partnership with his son James. Great to catch up with a gentleman of Australian racing.

Hello, and let's do another Solo show! This time Stan welcomes Bill Mitchell from the Monorail Tales podcast, to the guest host's chair. They're talking Disney plus. Now and what's in store for the future. Speaking about the future, if you're planning a move to the Orlando area, you need to visit Celebrating Florida dot com and let Victor Nawrocki help you make your new home dream, a reality! 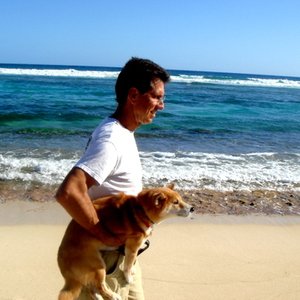 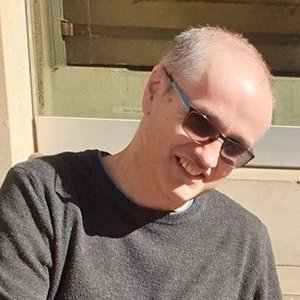 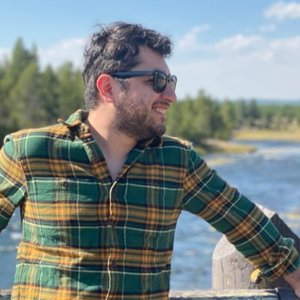 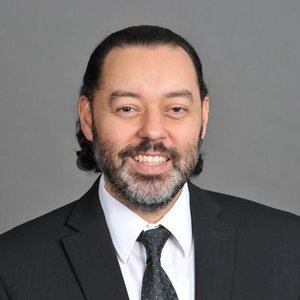 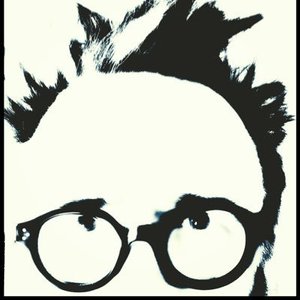 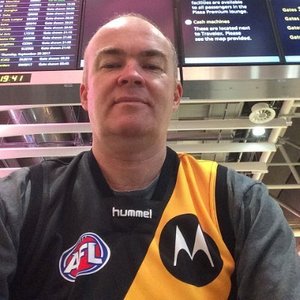 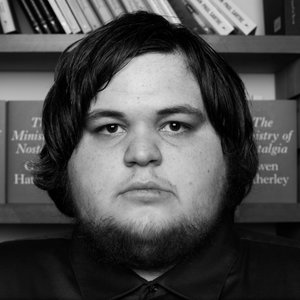 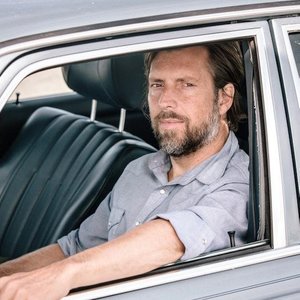 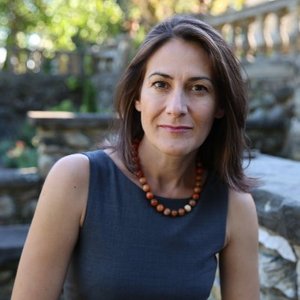 Episode 82 - On this episode we have another returning guest... Maddog Bill Mitchell. Bill is a NQ wading aficionado and on this show we talk to Bill regarding his thoughts on wading in NQ and the nuances involved with targeting a variety of  species. An interesting discussion that not only discusses the fishing, but the tackle and the safety considerations of wading also. We also talk about out latest Vlog and on the outro your hosts Spencer Gulf and Rocky Outcrop recap the show as only they can. This circus is brought to you by Manic Tackle Project  Beast Brushes

The Morrison regime is as ideologically committed to the neo-liberal agenda as just about any government in the world. When confronted with the global Covid 19 pandemic however they have responded by turning on the economic stimulus taps, briefly. Professor Bill Mitchell, one of the worlds experts in Modern Monetary Theory, speaks to Sean O'Shannessy and offers his assessment of the effectiveness of the budget measures as post pandemic stimulus measures and the prospects for our future prosperity under neo-liberalism. http://bilbo.economicoutlook.net/blog/--- Send in a voice message: https://anchor.fm/environmental-as-anything/message

Bill Mitchell joins us this week to discuss a plethora of American misconceptions… perceived exceptionalism, obvious neoliberalism, and a dysfunctional electoral system, as we approach the culmination of perhaps the most absurd and disheartening presidential election in history. The interview covers the consequences of neoliberalism in Europe, the UK, Australia, and the US, both in the rightward march of political parties and the ticking clock of catastrophic climate change. They discuss the attraction to the Universal Basic Income by some on the left who can’t see its underlying agenda and the perils of turning us all into consumption units. Bill Mitchell is the guest we need to hear from as the ugly campaign season winds down. Our Australian friend’s vantage point, as well as his astute grasp of political economy, combine with his level-headedness to bring a message of understated optimism. When Steve gives in to a rare bout of despair about the future, Bill talks about the early days of the MMT movement, when Warren Mosler and the others would count the number of MMTers on their fingers. MMT is becoming mainstream. Everybody's hearing about it in the Australian press as regular articles now. I write op-eds in the Murdoch press about MMT. Critics or supporters are getting articles published regularly. Central bankers are talking about it. They're giving evidence before government committees about it. The financial markets are increasingly getting me to run workshops to teach them MMT - all around the world, not just in Australia - because they want to know about it, and they also now have finally worked out that an adherence to mainstream economics has cost them money. So I wouldn't be as despairing about the spread of the ideas just yet. Bill sees a cautionary tale in the subversion of Keynes’s ideas during the Great Depression. The mainstream economists hijacked his substantial insights into what’s called the neoclassical synthesis, which essentially watered his ideas down to only be applied in a special case. He sees today’s orthodoxy normalizing MMT within their own skillset when, in fact, the work of MMT economists has demonstrated the catastrophic failure of mainstream macroeconomics. He refers to the German physicist Max Planck, who said “Science advances one funeral at a time.” Bill adds that paradigms shift the same way. As for navigating through these final weeks of the US presidential election, Bill suggests we focus on and accelerate the education process and the organization of grassroots resistance. He says our challenge is to start rebuilding the sense of collective responsibility to society. ...And hope to hell that we've got some climate space that we can do that education, and that organization, and we can save the planet. But I'd focus on the positive and wouldn't get tied up too much in the dilemma you're facing with Biden and Trump. I mean, it's a no-win, isn't it? So try to move beyond that sort of angst, not tear yourselves apart about that, but move beyond it. And basically, I'm an optimist. I just, every day, get up and pursue the education agenda in hopes that little bit each day moves us in a positive way. It’s clear that with either electoral outcome we're not going to get a fantastic response to the climate emergency, new public infrastructure investments, and we’re certainly not going to fix our dysfunctional healthcare system, so if we're not going to get anything we want from either of these two, it’s time to move on. Professor Bill Mitchell holds the Chair in Economics and is the Director of the Centre of Full Employment and Equity (CofFEE), an official research centre at the University of Newcastle. He also is a Visiting Professor at Maastricht University, The Netherlands, and is on the management board of CofFEE-Europe, a sister centre located at that university. @billy_blog on Twitter http://www.billmitchell.org/ “Macroeconomics” ordering information on bilbo.economicoutlook.net/

Professor Bill Mitchell is one of the key figures behind the Modern Monetary Theory, a term he coined himself. We talk to Professor about the impact of the pandemic on economies, what can be done about the sky-high unemployment rates and why ultimately unemployment is a political choice.Overview of Podcast with Bill Mitchell, University of Newcastle 1:00 You coined the term ‘Modern Monetary Theory’? 3:00 Starting tto blog: http://bilbo.economicoutlook.net/blog/ 5:00 More interest from the investment industry 6:00 The Australian economy has collapsed 7:00 Most of the collapse could have been prevented 9:00 We are about $100 bn short of government spending10:00 Not against the lockdowns12:00 Much attention goes to MMT’s comments on deficits, but what it says about budget surpluses is much more interesting: it detracts from economic activity.15:00 What is the role of fiscal policy? It is to ensure that spending in the economy is sufficient to maintain production at levels which will provide jobs for everybody. 16:30 To run a deficit is to undermine economic activity. That is okay in the case of Norway (where the economy runs hot).17:00 A surplus not only undermines economic activity but it also destroys private sector wealth22:30 Can we solve unemployment? A very pertinent problem at the moment.23:30 Mass unemployment like we have today is a political choice27:00 The Green New Deal or Green Transition.28:00 If I was the government I would be embarking on large scale investments in renewables, transition technologies, in speeding up the process of carbon elimination.28:30 Why not use the Hunter Valley culture of high productivity manufacturing to build a renewable energy hub for Australia and create jobs in manufacturing, R&amp;D, et centera.31:00 What do you want people to take away from MMT?34:00 Does working from home distort the measuring of worked hours?35:30 There is a massive distortion in economic data. This is not to blame the statistic agencies, but it is just very hard to measure right now.

In this episode we talk entrepreneurship and creativity with our good friend, Bill Mitchell, founder of Billiam Jeans. Bill launched his custom denim company in 2009 to provide quality fashion products for people to create their unique style and identity. Discover how his journey and dreams have led him to innovate a new direction of providing care for his community during this unique time.