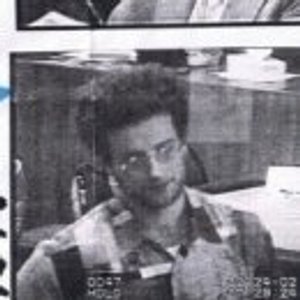 This week Sonny is joined by Jon Finkel, author of 1996: A Biography: Reliving the Legend-Packed, Dynasty-Stacked, Most Iconic Sports Year Ever. This is a movie podcast, not a sports podcast, so I understand if you’re confused. But 1996 was also notable for having some great sports movies (Jerry Maguire, Tin Cup) and some … not-so-great sports movies (The Fan, Space Jam). Plus: Happy Gilmore! We also talked about how athletes perceive their portrayals onscreen and had a quick lightning round about which classic sports flicks are better. Some controversial choices in that segment, I guarantee you; Hoosiers fans should feel forewarned. 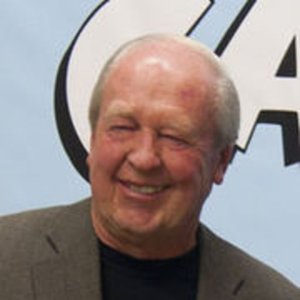 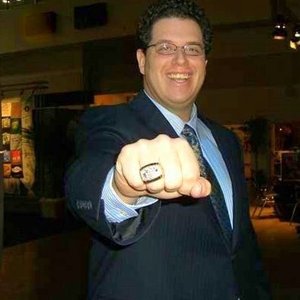 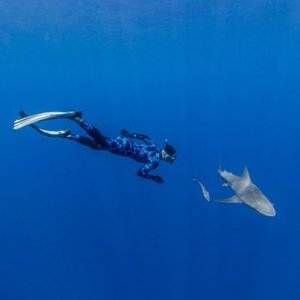 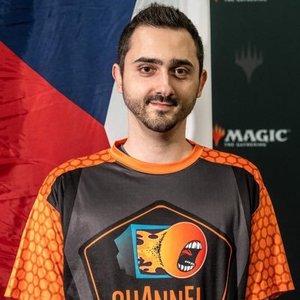 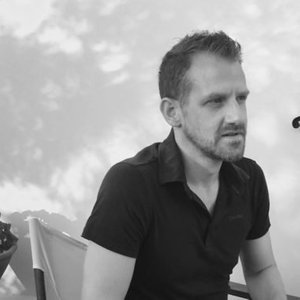 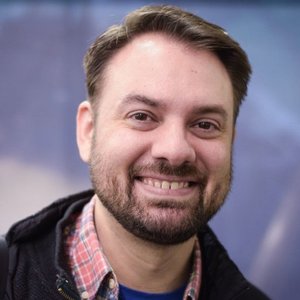 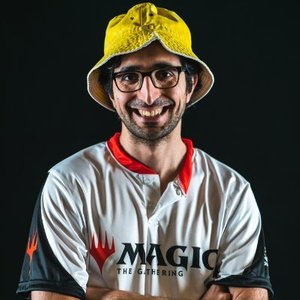 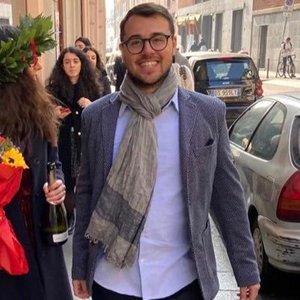 B.J. and Brian get the second hour off and rolling with the Aaron Rodgers situation being on Day 13 and we hear the comments from Davante Adams that might raise your attention. Jon Finkel (1996: A Biography) joined the show to discuss his book and just the craziness of sports in 1996. We end the show of a tiger on the loose in a residential area!

00:00-36:00:Author Jon Finkel joins the show to chat about his new book 1996: A Biography ― Reliving the Legend-Packed, Dynasty-Stacked, Most Iconic Sports Year Ever, Griffey being baseball's Jordan, the Tiger-Ali-Woods greatness linked, ESPN's SportsCenter's impact during this time, legendary movies like Space Jam and Happy Gilmore and Tin Cup and Jerry Maguire, dynasties forming, Jeter's debut season, what 1996 would have been like with social media and more!

A Sea of Blue: for Kentucky Wildcats fans

The Morning Drive with Marcus and Kurt

Jon joins WVMT's The Morning Drive to talk about his latest book, 1996: A Biography ― Reliving the Legend-Packed, Dynasty-Stacked, Most Iconic Sports Year Ever. Jon will help us relive that year talking about the sports legends that changed sports forever.

After a severely challenging, COVID-hampered 2020, it wasn't altogether surprising to hear NBA Commissioner Adam Silver openly muse with reporters at year's end about the potential for adding a new franchise or two to help shore up the league's finances.   "I'd say it's caused us to maybe dust off some of the analyses on the economic and competitive impacts of expansion," Silver said back in December. "We've been putting a little bit more time into it than we were pre-pandemic."   While not necessarily a fait accompli, it is still a remarkable turn of strategic thinking that immediately sent local tongues wagging in multiple North American cities from Las Vegas to Louisville to even Mexico City and Montreal.    But few would argue that the aggrieved city of Seattle - losers of the much-beloved SuperSonics in the summer of 2008 to a carpet-bagging ownership group from Oklahoma City - should be the first in line for a new club when the NBA is officially ready.   Author Jon Finkel ("Hoops Heist: Seattle, the Sonics and How a Stolen Team's Legacy Gave Rise to the NBA's Secret Empire") helps us bolster the case for big-time basketball's return to the Emerald City - through the eyes of both Sonics' legends like Lenny Wilkens, Spencer Haywood, Gary Payton, Shawn Kemp &amp; Ray Allen, as well as via home-grown players like Isaiah Thomas, Brandon Roy, Doug Christie, Jason Terry, Nate Robinson &amp; Jamal Crawford - who all came of age in the Sonics' shadow and now define the modern-day NBA.   Support the show by getting two free months of NordVPN - plus a FREE GIFT - when you use promo code GOODSEATS at checkout!

CLAB 28: From Boston to Tacoma and back again with Jon Finkel

The Boston Celtics had a tough week with losses to the Los Angeles Lakers and San Antonio Spurs, but they could have also lost Marcus Smart for a long while to a leg injury that turned out to be much less severe than it initially appeared. At the same time, Boston geared up for a west coast road trip while JJ Redick trade rumors tied the veteran guard to the Celtics, and old friend Isaiah Thomas joined Team USA while ruling out a Boston return. With the west coast turn and IT news, we teamed up with inaugural Slow Grind Publishing author Jon Finkel to talk about "Hoops Heist", his new book on the Seattle basketball scene and the Seattle Supersonics in particular. The King in the Fourth's first foray into publishing, Finkel also shared his thoughts on a tough week for the Celtics fans and a whole lot more. Join Alex Goldberg, Cam Tabatabaie and Justin Quinn as they talk basketball from Tacoma and back again with Finkel in this latest episode of Celtics Lab.Advertising Inquiries: https://redcircle.com/brandsPrivacy &amp; Opt-Out: https://redcircle.com/privacy

Episode 37 with Multi-Talented Writer of Sports and Fitness and Fatherhood, Jon Finkel

The Chills at Will Podcast

Show Notes and Links to Jon Finkel’s Work On Episode 37, Pete is honored to talk with Jon Finkel,  the award-winning author of Hoops Heist, The Life of Dad, Jocks In Chief, The Athlete, Heart Over Height, “Mean” Joe Greene and more. His books have been endorsed by everyone from Mark Cuban and Tony Dungy to Spike Lee, Kevin Durant and Chef Robert Irvine. He has written for GQ, Men’s Health, Yahoo! Sports, The New York Times and has appeared on CBS: This Morning, Good Morning Texas, and hundreds of radio shows, podcasts and streams. Jon's 2020 book, Hoops Heist: Seattle, the Sonics, and How a Stolen Team's Legacy Gave Rise to the NBA's Secret Empire, can be found wherever books are sold.  Jon Finkel’s Website Article from 2013 about Nate Robinson's Incredible Leaping Ability Buy Hoops Heist here! (Bookshop) Buy Hoops Heist here! (Amazon) “Notable mention” in The Best American Sports Writing anthology in 2017: Basketball in the Driveway Authors/Books Mentioned and Allusions Referenced During the Episode: -at around 2:45-Jon Finkel talks about his love of reading as a kid, particularly sports biographies, and his family’s love of sports -at around 5:15-Jon talks about the childhood athletic battles between he and his brother, echoed by Pete with he and his brothers’ battles, especially in basketball -at around 7:00-Jon and Pete wax nostalgic and poetic about the “old days” and Sports Illustrated as a print magazine juggernaut and some of the great writers (Steve Rushin was Jon’s favorite) -at around 10:45-Jon talks about his luck in growing up in Boston and reading all-star journalists like Jackie McMullen, Bob Ryan, Leigh Montville, and more -at around 11:45-Jon and Pete talk about SÍ for Kids icon Buzz Beamer -at around 12:35-Jon talks about “chills at will” in his own reading history, including Rick Reilly’s “Life of Reilly” and Jim Murray’s The Great Ones -at around 18:20-Jon talks about his college and post-graduate education in writing, both in the classroom and outside -at around 22:00-Jon talks about working in Hollywood through building sets on The Man Show and soon writing some for the show -at around 23:00-Jon talks about his self-education in writing a query letter and debuting with Men’s Fitness after inquiring about writing an article in which he would train and learn to dunk -at around 24:50-Jon talks about the article that was published following his query -at around 25:55-Pete and Jon discuss story ideas of theirs that had great potential but have exceeded their statute of limitations; Jon talks about training for the NFL combine and competing in a high-level volleyball for prospective articles; Pete talks about his perfect setup for a book idea about dunking-one that got away -at around 31:35-Jon talks about his early writing for Men’s Health and Men’s Fitness and beginning by writing personal profiles that ended up becoming consistent cover stories -at around 34:45-Jon talks about the balance between commerce and art, particularly in writing aesthetically-pleasing prose and also satisfying advertisers  -at around 38:45-Jon tells two incredibly unique Karl Malone stories, one involving a photo shoot, and one involving Kobe Bryant -at around 45:45-Jon talks about his personal relationship with Nate Robinson and how it led to his first book, Heart over Height -at around 48:45-Jon talks about Dadvantage: A Blueprint for New Fathers to Stay in Shape on No Sleep, with No Time and No Equipment and The Life of Dad: A Blueprint for New Fathers to Stay in Shape on No Sleep, with No Time and No Equipment; he also talks about -at around 52:45-Jon talks about how he and Isaiah Thomas’ Slow Grind Media managed to write and publish his most-recent book, the outstanding Hoops Heist, in a pandemic year -at around 54:50-Pete and Jon talk about how the structure of the book (Part I as Seattle and Sonics history; Part II as the legacy of Seattle’s close-knit basketball community) adds to its power -at around 57:45-Jon talks about the importance of using present tense to solidify perspective, including adding to the pathos when the reader experiences the last days of the Seattle NBA franchise as described in the book -at around 1:00:05-Jon reads from Hoops Heist and discusses Bill Russell, his greatness, his resentments, the media, and racism -at around 1:04:30-Jon discusses the iconic 90s Sonics -at around 1:05:45-Jon discusses the basketball camps and incredible cooperation and fraternity of Seattle basketball, and how Seattle truly is a special and welcoming basketball family -at around 1:10:05-Pete (cringe) drops a bar from a freestyle about Doug Christie -at around 1:10:30-Jon talks upcoming projects, including some cool ideas for “bite-sized bios” and a documentary based on Hoops Heist If you have enjoyed The Chills at Will Podcast, pause your podcast player right now, and go to Apple Podcasts to leave me a nice review.  You can also ask for the podcast by name using Alexa, and find the pod on Spotify and on Amazon Music. Follow me on IG, where I’m @chillsatwillpodcast, or on Twitter, where I’m @chillsatwillpo1. This is a passion project of mine, a DIY operation, and I’d love for your help in promoting what I’m convinced is a unique and spirited look at an often-ignored art form. The intro song for The Chills at Will Podcast is “Wind Down” (Instrumental Version), and the other song played on this episode was “Hoops” (Instrumental)” by Matt Weidauer, and both songs are used through ArchesAudio.com.

In today's episode, Host Karter Longie interviews author Jon Finkel regarding his upcoming book; "Hoops Heist: Seattle, the Sonics, and How a Stolen Team's Legacy Gave Rise to the NBA's Secret Empire."  The interview with Jon was amazing! I really enjoyed my visit with him, so I hope you all enjoy it!--- This episode is sponsored by · Anchor: The easiest way to make a podcast. https://anchor.fm/appSupport this podcast: https://anchor.fm/the-sportz-report/support