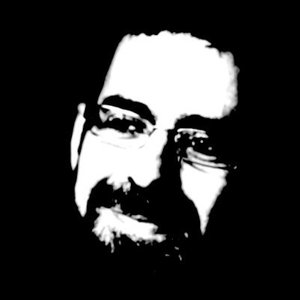 Dr. Alan Levinovitz is an Associate Professor of Religion at James Madison University, and author of Natural: How Faith in Nature's Goodness Leads to Harmful Fads, Unjust Laws, and Flawed Science. In this episode we talk about Alan’s book Natural, and attempt to understand why people gravitate towards assuming what is natural is good, what is unnatural is bad, and how people come up with ideas of naturalness in the first place. We contrast examples such as “unnatural” foods and medicines improving our lives, and “natural” diseases harming us, to make the case that what is natural may not be good, and what is unnatural may not be bad. We discuss historical and evolutionary reasons, including reducing uncertainty, for why humans tend to deify the natural and associate it with the good, as well as the philosophical implications of these differing worldviews, and how to cope with uncertainty.

Alan Levinovitz, author, professor, and genius skeptic, joins the DTFH! Check out Alan's latest book, Natural: How Faith in Nature's Goodness Leads to Harmful Fads, Unjust Laws, and Flawed Science, wherever you buy your books! Original music by Aaron Michael Goldberg. This episode is brought to you by: Herb Stomp - Use code DUNC15 at checkout to receive 15% OFF your first order! Babbel - Sign up for a 3-month subscription with promo code DUNCAN to get an extra 3 months FREE! 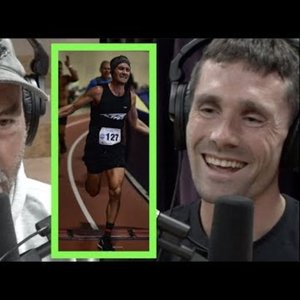 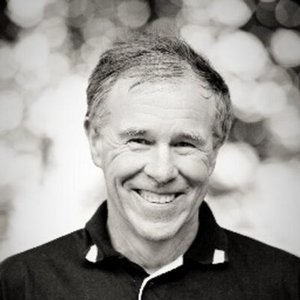 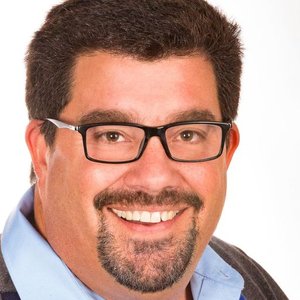 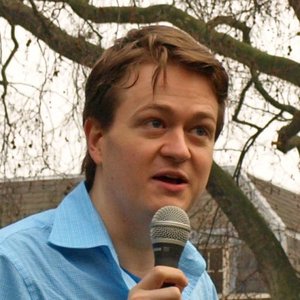 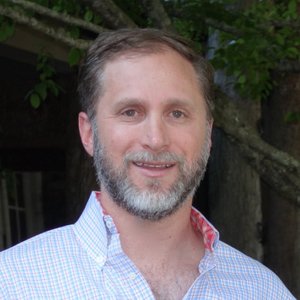 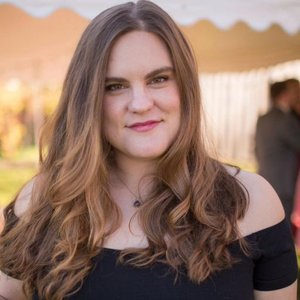 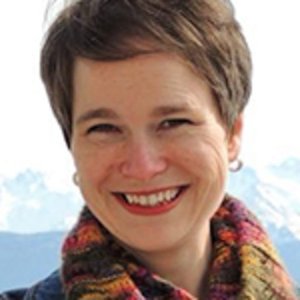 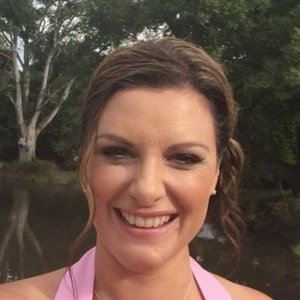 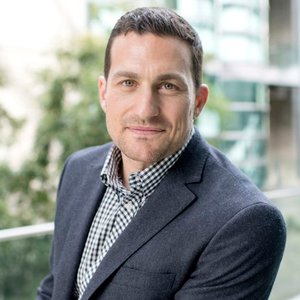 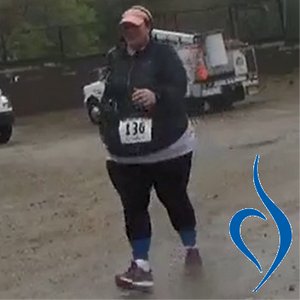 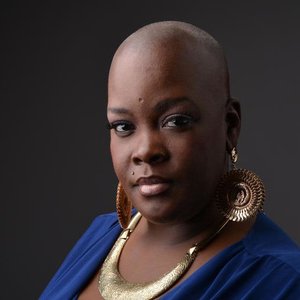 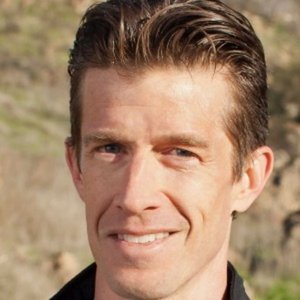 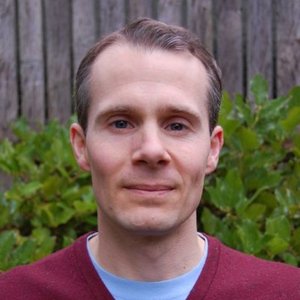 "Hiding God in the State of Nature", with Alan Levinovitz

In this seminar Doctor Alan Levinovitz (Associate Professor of Religion at James Madison University, @AlanLevinovitz) explores how nature has taken over from God as the foundation and justification of ethical commitments in our thinking, and how an unthinking commitment to the goodness of the "natural" can lead to very problematic conclusions. The talk is followed by Q&amp;A which ranges over the place of theology in early modern thought, the "naturalness" of the COVID-19 pandemic, absolutism as a natural phenomenon and the platforms of both the Republican and Democrat parties in the 2016 U.S. election. A video version of the seminar is available at https://www.youtube.com/watch?v=CAK-o7Htvkc&amp;ab_channel=SocialContractResearchNetwork The seminar took place over Zoom on 13 July 2022, and was hosted by Christopher Watkin (Monash University), as part of the Australian Research Council funded Future Fellowship project "Rewriting the Social Contract: Technology, Ecology, Extremism". This seminar is an initiative of the Social Contract Research Network. To find out more about the SCRN, and to subscribe to email updates, please visit https://www.monash.edu/arts/languages-literatures-cultures-linguistics/social-contract-research-network To be notified when future seminars, conversations and interviews are uploaded, you can subscribe to this YouTube channel by clicking on this link: https://www.youtube.com/channel/UCq7geWYdmGE3kIcJrw8Ebsw?sub_confirmation=1

The Allure of the “Natural” (with Alan Levinovitz)

Natural foods. Natural medicine. Natural living. They all sound good, and lots of people tell us we need more of them, and that government policy should support them. The trouble is, as guest Alan Levinovitz explains, nailing down just what counts as "natural" is awfully difficult, and that difficulty leads to a lot of bad thinking--and bad laws. Our GDPR privacy policy was updated on August 8, 2022. Visit acast.com/privacy for more information.

Dr. Alan Levinovitz illuminates the far-reaching harms of believing that natural means “good,” from misinformation about health choices to justifications for sexism, racism, and flawed economic policies. Transcript: https://www.humanprogress.org/alan-levinovitz-the-human-progress-podcast-ep-8-transcript/ Book: https://www.amazon.com/Natural-Natures-Goodness-Harmful-Science/dp/0807010871 Dr. Levinovitz focuses primarily on the relationship between religion, literature, and science, with particular attention to classical Chinese thought and comparative ethics. His most recent book, Natural: How Faith in Nature's Goodness Leads to Harmful Fads, Unjust Laws, and Flawed Science, examines the meaning of "natural" and argues that modern Western culture has divinized nature. He is currently working on another book project, The Gentleman and the Jester, which develops a binary typology of ethical education. Other interests include the tension between paratext (introductions, footnotes, etc.) and primary text, the significance of play, and the role of genre in ethical discourse. Marian L. Tupy is the editor of HumanProgress.org, a senior fellow at the Center for Global Liberty and Prosperity, and coauthor of The Simon Project. He specializes in globalization and global well‐being and politics and economics of Europe and Southern Africa. Learn more: https://www.cato.org/people/marian-l-tupy

#8: Alan Levinovitz: The Meaning of Life, and How to Persuade People

For the Sake of Argument

Alan Levinovitz is a Professor of Religion at James Madison University and author of Natural: How Faith in Nature's Goodness Leads to Harmful Fads, Unjust Laws, and Flawed Science.--- Support this podcast: https://anchor.fm/jake-newfield/support

What happens to our decision-making when we turn nature into God? Humans crave cognitive shortcuts to spare us the metabolically costly mental labour of reasoning through complex decision-making. The heuristic of "Natural Good, Unnatural Bad," has become one such shortcut. But what is natural? Why have we come to deify nature? And does worshipping it help us to make the best decisions for humanity and the environment? Natural is not always what is good for humans or the environment. Nature, for instance, is very good at killing off children under the age of five. Charcoal production, while quite natural, is leading to rapid deforestation throughout Africa. And biomass burning is treated as carbon neutral by many government regulations partially because it feels natural.  Humans are not the first species to radically alter the planet and its atmospheric chemistry. During the Paleoproterozoic era, the first mass extinction was caused by cyanobacteria metabolizing CO2 into O2, turning the oceans and atmosphere from a reducing to an oxidative environment which wiped out most of life on earth. Humans, via our harnessing of technology, have radically altered the carbon, nitrogen, and hydrological cycles of the planet. As a result, standards of living have improved but a deep existential angst and fear of technology is building as we threaten the ecosystem life support services that "nature" provides us with. Can humanity have its cake and save nature too? While some dispute the very notion of nature claiming that everything is natural and made of stardust, traditional environmentalists and ecomodernists both heavily reference nature, though they have radically different conceptions of it and tools for how to preserve and interact with it. Environmentalists favour harmonizing with nature through agroecology and renewable energy, with human populations and energy infrastructure distributed diffusely across the land. Ecomodernists favour "decoupling" from nature by continued urbanization and intensifying agriculture and energy production on the smallest footprint possible to allow rewilding.  We live in strange times where rather than setting clear goals and searching for the best tools to achieve them we make emotional decisions based on deifying nature and what feels natural. We are at risk of relying on simplistic labels and slick marketing in making our most consequential decisions like how to mitigate and adapt to climate change. Alan Levinovitz is a professor of Religion at James Madison University. He works at the intersection of philosophy, religion, and science, focusing especially on how narratives and metaphors shape belief. His most recent book is "Natural: How Faith in Nature's Goodness Leads to Harmful Fads, Unjust Laws, and Flawed Science." Books Referenced:  Sapiens: Noah Yuval Hariri Factfulness: Hans Rosling

The Beauty and The Geek

In this episode, we speak with Dr. Alan Levinovitz. Dr. Levinovitz is an associate professor of religious studies at James Madison University. His work looks into the relationship between religion, science, and literature. His best-selling book "Natural: How Faith in Nature's Goodness Leads to Harmful Fads, Unjust Laws, and Flawed Science" takes a deep dive into our obsession with what is 'natural' and questions the very fundamental understanding of what IS, in fact, natural. We discuss naturalism as it relates to nutritional fads, nutrition tribes, and the parallels between religion and nutrition tribalism. This isn't our typical episode, but we think you will have a much better understanding of WHY people can descend into cognitive dissonance and the dangers of groupthink after listening. You can find Alan on Twitter @alanlevinovitz and on his website, https://www.alanlevinovitz.com Get our new nutrition coaching app, Carbon Diet Coach, for iOS and android to get custom nutrition coaching for less than $10/month: https://joincarbon.com Get our books on how to lose fat: https://www.biolaynestore.com Take my online course "The Science of Nutrition": https://cleanhealth.edu.au/product/science-of-nutrition Get custom workouts by us for $12.99/month: https://www.biolayne.com/members/workout-builder Find Layne and Holly on Instagram @biolayne and @hollytbaxter ---- Post-production by Jim McDonald (@thejimmcd) and David Margittai (inpostmedia.com) © 2021, Biolayne LLC. All rights reserved.

In this episode of The Muscle Memoirs Podcast, I am joined by Dr. Alan Levinovitz to discuss some concepts from his new book, Natural: How Faith in Nature's Goodness Leads to Harmful Fads, Unjust Laws, and Flawed Science. We cover a variety of topics ranging from the consequences of worshipping naturalness to the appeal of natural food and medicine. Dr. Alan Levinovitz is an associate professor of religion at James Madison University. He received his BA in philosophy and religion from Stanford University and his PhD in Religion and Literature from the University of Chicago. His focus primarily on the relationship between religion, literature, and science, with particular attention to classical Chinese thought and comparative ethics.  Timestamps00:00 Introduction02:20 Religion and science03:10 What does natural mean? Why is it tied with goodness?06:20 What is the value of connecting with the natural world10:20 The problem with worshipping natural &amp; some perspective on natural food15:30 The attraction of simple binaries 20:35 How to defeat snake oil salesmen in the fitness industry29:45 The appeal of alternative medicine &amp; the inadequacies of the conventional medical system39:50 How has your position on the value of naturalness changed over time? To sign-up for coaching or a one-time consult:Website: hammerawayfitness.comIG: https://www.instagram.com/hammerawayfitness/ You can follow and support Alan at:Website: https://www.alanlevinovitz.com/Twitter: https://twitter.com/AlanLevinovitz?ref_src=twsrc%5Egoogle%7Ctwcamp%5Eserp%7Ctwgr%5Eauthor Hammer Away Newsletter:http://eepurl.com/ho7Bfb Support the show (https://www.patreon.com/themusclememoirs)

The Body of Evidence

Chris and Jonathan discuss expertise and intellectual humility with Alan Levinovitz, a professor of religion, frequent guest on A User’s Guide to Cheating Death, and the author of the book Natural. As facts, arguments, and content flood our attention, how can we know whom to trust when our health is at stake? This month’s drinking game revolves around the word “adjudicate.” Drink responsibly! 1:11 The Anthony Fauci lie 2:14 A theologian on expertise 9:12 Tribalism 16:04 John Ioannidis and COVID-19 21:34 ScientificConsensus.com 26:09 The onslaught of contrarian content 32:30 People should be suspicious of sexiness in their epidemiology 35:25 When your job is to uncover hidden truths…. 39:30 A looming epistemic crisis and how to avoid it 49:16 On intellectual humility 57:33 Twitter hiatus * Theme music: “Fall of the Ocean Queen“ by Joseph Hackl. To contribute to The Body of Evidence, go to our Patreon page at: http://www.patreon.com/thebodyofevidence/. Patrons get a bonus show on Patreon called “Digressions”! Check it out! Links: 1) Alan Levinovitz on Twitter: https://twitter.com/AlanLevinovitz 2) Alan Levinovitz’s book, Natural: https://www.goodreads.com/en/book/show/50128614 3) Thorpe’s Science editorial on the value of debating science in the public arena: https://science.sciencemag.org/content/371/6526/213/tab-pdf