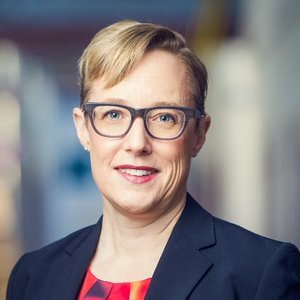 Breese Davies is a shining star among lawyers for her accomplishments in criminal, constitutional, and human rights law. In 2017, she was awarded the Law Society of Ontario’s Laura Legge Award awarded for her leadership among women in the profession.Her versatility as an advocate is truly astounding.  She has argued at all levels of trial and appeal courts throughout Canada including administrative tribunals, federal courts, and multiple appearances at before the Supreme Court.She is routinely assigned as counsel for public inquiries, coroner inquests, and other  high profile matters of public concern. Some of this past involvement includes the inquiry in the Actions of Canadian Officials into Maher Arar, the Inquiry into Pediatric Forensic Pathology in Ontario, and more recently acting as counsel for the Inquest into Ashely Smith. Her contributions have had a profound and lasting impact not only in the law, but upon young advocates looking to join the profession.She now holds the prestigious position of Constitutional Litigator in Residence, David Asper Centre for Constitutional Rights, Faculty of Law, University of Toronto. Breese is also an Adjunct Professor at Osgoode Law School in Evidence, University of Toronto and Adjunct Professor in Criminology.In 2013, Breese became the first Womens' Vice President of the Criminal Lawyers' Association. Breese now serves as Vice President to the same organization.  She is co-editor of For the Defence Magazine, Assistant Editor of Canadian Rights reporter, and acts as pro bono duty counsel for the Court of appeal for Ontario.Above all, Breese is a person who deeply understands her clients, their struggles, and how the justice system can be improved upon to assist them. Join us in this episode of Of Counsel where Breese tells a story about her, her profession, and how she manages to keep it all in balance.Ep. #5: Breese Davies: Tell a compelling story.