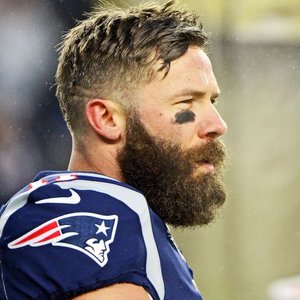 The Patriots Way With Julian Edelman

Call Him Papi with David Ortiz and Jared Carrabis

Julian Edelman joins the show!! The three time Super Bowl champ sits down with us to talk about playing in New England, the Patriots way, and what the city of Boston means to him. The guys get into Tom Brady's exit from the Pats, the Brady influence, and if he considered following him to the Bucs. Have you ever wondered why Edelman is always shirtless?! Call Him Papi gets the exclusive answer. That and much more! 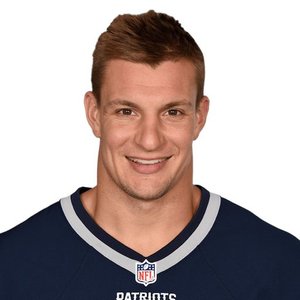 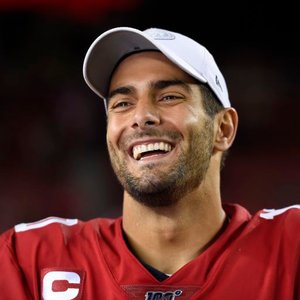 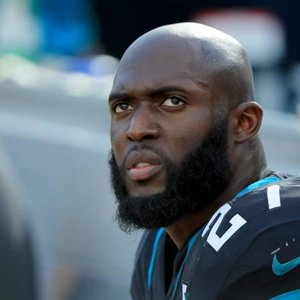 GHS- Wiggy is not sold on Mac Jones, believes Mac needs to be more confident and push the ball downfield, Julian Edelman gives his thoughts on the Pats-Bucs game, The Dumbest of the Day, The Headlines

Hour 2 - Wiggy is not sold on Mac Jones, believes Mac needs to be more confident and push the ball down field, Julian Edelman gives his thoughts on the Pats-Bucs game, The Dumbest of the Day, The Headlines (9-24-21)See omnystudio.com/listener for privacy information.

Julian Edelman 9/23: 'Excited and thankful to be honored this weekend'

Hall of Fame wide receiver, Cris Carter, sits down with some of the best to ever play the position from the past and present. With the inaugural episode, Cris chats with New England Patriots legend, Julian Edelman about his rise to success in the NFL as a wide receiver.Cris begins by discussing Jules’ life post football. What is the transition to sports media like? Edelman is starting his career at Inside The NFL just like Cris did. They also discuss his other endeavors with NFT’s, and a production company that Jules has a lot of irons in the fire with.Cris poses a big question about how Jules will judge the Patriots from the booth. Will he be harsh? What will be his on screen persona?The conversation shifts to the Hall of Fame. It is common knowledge that Edelman’s stats on paper are not “Hall of Fame Worthy.” However, his post season performance and his Super Bowl victories put him in a different category than most. Does the man himself think that he belongs in the Hall?Cris is fascinated by Julian Edelman finding Judaism later in life. Edelman unpacks his journey to Israel and what it has awakened in him.The journey to becoming Brady’s favorite target is a good one. Cris and Jules dive deep into what that looked like and how he eventually become completely in sync with the GOAT.The fun stories come toward the end, with musings of Robert Kraft, Tom Brady fun times, Randy Moss in practice, and Belichick partying.Finishing out the episode, Edelman gives praise to Cris for his work ethic and may have adopted a thing or two from the legend.(00:00) INTRO(01:16) Inside The NFL Debut(03:52) Transition From Player to Analyst(04:44) Life Beyond Football(05:41) Critiquing The Patriots(07:11) Is Brady That Much Better Than The Rest?(08:41) The Gold Jacket(11:43) Jules' Religious Awakening(14:21) Robert Kraft The Man(16:29) Becoming Brady's Favorite Target(21:33) Fun With Tom(23:40) Randy Moss Memories(27:57) Belichick Surprise(30:38) Edelman Emulates Cris(31:19) Did Cris Carter Play Ball With Prince?(33:00) OUTRO Learn more about your ad choices. Visit podcastchoices.com/adchoices

Todays show comes from you down in Tampa Florida as Pat Begins to prepare for Friday Night Smack DAHN. The boys have made the trip with him and jump right into the conversation surrounding the NFL Schedule release. Former NFL lineman, and current WWE superstar Baron Corbin joins the show in studio. Baron and Pat reminisce on their time as teammates as well as tell some legendary stories. AJ Hawk comes on to the show to Join pat in his conversation about the upcoming NFL season. Super Bowl Champion Julian Edelman joins the show to discuss his recent retirement and his time as a New England Patriots. Make sure to subscribe to YouTube.com/ThePatMcAfeeShow and listen every day on Mad Dog Sports Radio, Sirius XM Channel 82. We appreciate you all for listening, come laugh with us, cheers.

Julian Edelman, Lakers Catfish, The Super League Is Dead And A Billy Announcement

The Super League is dead and we basically have only ourselves to thank for its death (3:17 - 8:24). Lakers twitter had a bizarre and hilarious catfish situation (8:24 - 24:02). Hot Seat/Cool Throne (24:02 - 46:46). Future Hall of Famer? Julian Edelman joins the show to talk about his retirement, the Hall of Fame, his favorite memories and teammates and times he and Brady were in the zone together (46:46 - 93:41). We finish with a quick announcement about Billy Football's future and some great listener submitted FAQ's.

00:00 Will Julian Edelman get into the Hall of Fame?17:16 Where does passing Wilt Chamberlain on the Warriors’ all-time scoring list 30:02 Who will have the better record next season: Cowboys or Patriots? Learn more about your ad choices. Visit podcastchoices.com/adchoices

Gasper and Murray open the show breaking down Bill Belichick's latest comments to Charlie Weis on his Sirius NFL Show that addressed the team's salary cap and depth situation and how it relates to the team's current woes. Are Belichick's comments valid? (0:00) The guys also get into Belichick's struggles in the draft in recent years and how it relates to the team's current situation (24:45) before closing the hour with the latest on Julian Edelman's injury situation and whether he will be back with the Pats next season (35:30).  See omnystudio.com/listener for privacy information.