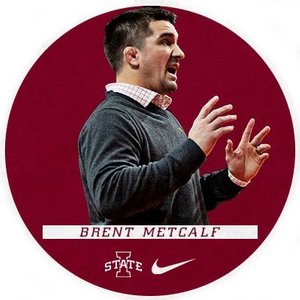 After a 20 year career at PPCS, Brent Metcalf took a few minutes to say goodbye to the co-op and reflect upon his many years of service.

Run of Show 0:00 - Kyle Bratke must produce an Alien Hour every Thursday or else 0:02 - Is CP cutting the show short today to go on the lamb? 0:04 - So much wrestling is on the horizon. Will ring rust be a thing? 0:05 - Ben pushes back on Lee Roper’s thoughts on youth wrestling  0:09 - Talking about Reece Humphrey’s tweet and why guys would pass on Senior Nationals this year 0:17 - Titan Mercury is going to send a squad to Senior Nationals, just you wait 0:18 - Expect an update from USA Wrestling on U23/UWW Juniors today 0:22 - A little update to the 8 man bracket 0:24 - Giving you a teaser of Metcalf FloFilm 0:26 - Some of our favorite or fondest Metcalf memories  0:40 - questions from friends 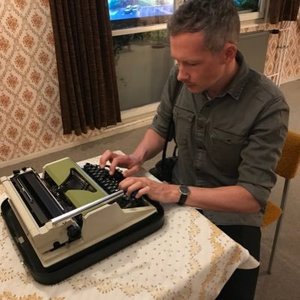 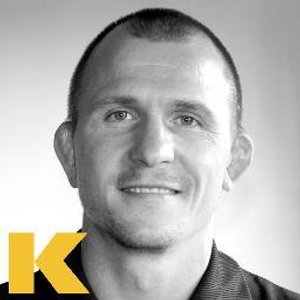 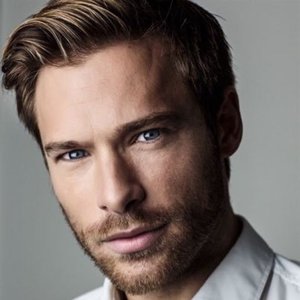 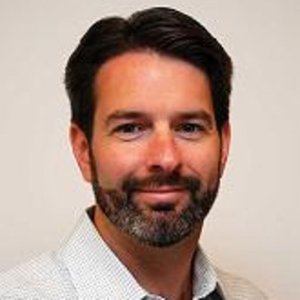 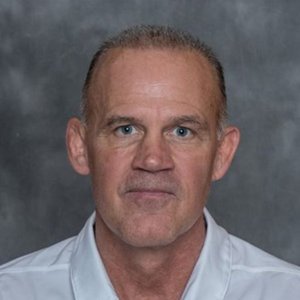 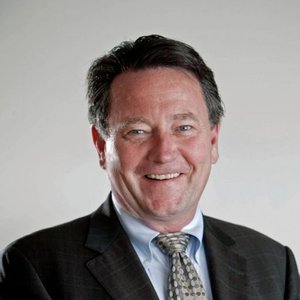 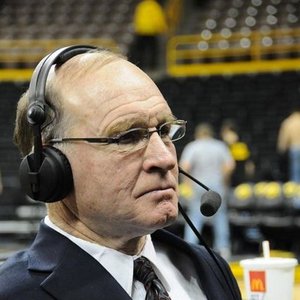 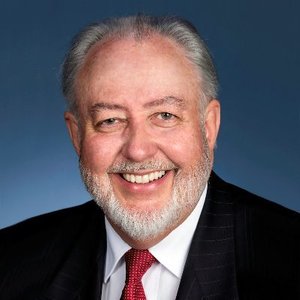 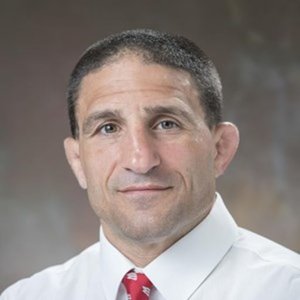 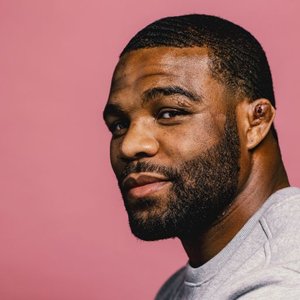 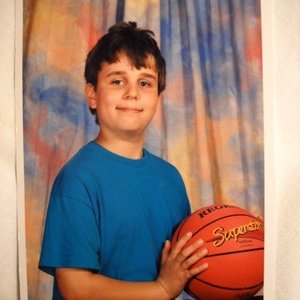 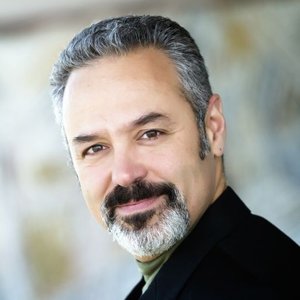 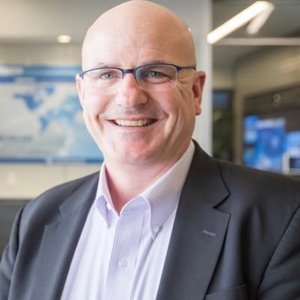 Brent Metcalf is an Assistant Wrestling Coach at Iowa State University.  He was an undefeated 4-time Michigan High School State Champion for Davison High School before becoming a 2-time NCAA Champion at the University of Iowa.  Brent shares some great stories and insights with us in this episode!

Former U.S. Men's freestyle World Teamer and current Iowa State assistant coach Brent Metcalf makes a return to the podcat. Metcalf joined host Tony Hager in studio to go over his history in the sport and his transition to college coach.  This is the audio verison of the live show the appeared on Facebook.com/IAwrestle and Rokfin.com/IAwrestle. You can support IAwrestle by subscribing to our channel on Rokfin. This show originally aired on 7/15/20.

Brent Metcalf was a two-time NCAA wrestling champion, and a two-time Big 10 champion for the University of Iowa at 149 pounds with a career college record of 109-3. Brent was also a member of the U.S. freestyle World Championship teams with two national event wins. Brent was inducted into the National Wrestling Hall-of-Fame. Brent talks about his path into the wrestling world and some of his experiences competing at the elite level. The guys also talk how MMA and the UFC have influenced the path of young wrestlers. This episode is brought to you by Mtn Ops

The woman behind the man, Brent Metcalf.

Girl Talk at the Dan Gable Museum. We hear personal stories from athletes and coaches often. However, we rarely get the opportunity to listen to the perspective of an athlete's wife. In this episode we sit down with Kristen Metcalf, and discuss NCAA finals, Olympic Trials, coaching, and more!--- This episode is sponsored by · Anchor: The easiest way to make a podcast. https://anchor.fm/appSupport this podcast: https://anchor.fm/girltalkatthedgm/support

Iowa State assistant coach, multiple-time U.S. world team member and two-time NCAA champion Brent Metcalf joins The MatBoss Podcast with Chad Dennis for Episode 43. Metcalf talks about the Cyclones weekend in Las Vegas, what an athlete like David Carr means to the program, recruiting and the impact of social media and video on coaching as well as the upcoming dual with Chattanooga, one of Dennis' favorite subjects. About MatBoss: Created by coaches for coaches, MatBoss for iPad® integrates wrestling stats directly into the video you record for each match, completely replacing the need for labor-intensive pencil and paper scoring systems. It's the wrestling stats app our sport has been waiting for. Focus on coaching, not busy work Improve through video analysis Make data an advantage Eliminate scoring errors Increase exposure Become a digital coach For more information, visit MatBossApp.com SUBSCRIBE &amp; FOLLOW TO THE SHOW @MatBossApp | Apple Podcasts | Spotify | Stitcher | Spreaker | Google Podcasts | RSS SUPPORT THE SHOW And if you're a fan of the extensive and broad-based reach of the shows on the Mat Talk Podcast Network, become a TEAM MEMBER today. There are various levels of perks for the different levels of team membership. If you like wrestling content -- scratch that -- if you LOVE great wrestling content, consider becoming a team member. You'll get some cool stuff too. Looking to start a podcast of your own? Get a free month with Libsyn by using the promo code MTO when you sign up. You'll get the remainder of the month from when you sign up as well as the next month free. It'll be enough time to kick the tires and lights some fires.

Brent Metcalf is entering his second season as a full-time assistant coach on Iowa State’s wrestling staff. It is his third season overall with the Cyclones after serving as the volunteer assistant for the 2017-18 season. Metcalf served as the National Freestyle Developmental Coach prior to his arrival in Ames. As a senior-level athlete, Metcalf was a staple in the United States’ lineup from 2010-2016. He was a part of four U.S. Freestyle World Teams (2010, 2013, 2014, 2015). Metcalf qualified for the U.S. Freestyle National Team for six straight years from 2010-16, winning U.S. Open titles in 2014 and 2015. He was also a member of the 2006 Junior World Team. Metcalf is one of the most decorated wrestlers in Iowa wrestling history. He won two NCAA titles (2008, 2010) and was three-time NCAA finalist (2008-10) in his three seasons wrestling for the Hawkeyes.A native of Davison, Mich., Metcalf won the 2008 Dan Hodge trophy, given annually to the nation’s best collegiate wrestler, and helped the Hawkeyes to three NCAA team titles (2008, 2009, 2010).

Two-time NCAA champion and Iowa State assistant coach Brent MetcalfCurrent Iowa State assistant coach Brent Metcalf join On The Mat. Metcalf, a Michigan native, was a three-time All-American and two-time NCAA champion at Iowa. He made four of U.S. World teams in freestyle and just finished his second year on staff in Ames. Join Andy Hamilton and Kyle Klingman as they talk to our guest and topics related to the recent happenings in and around wrestling.Show Segments0:40 - Who are two people who have been in Andy's kitchen.2:00 - Wrestling Jenga with Penn State and the rest of the contenders11:00 - Touching on the guest, Brent Metcalf15:00 - Great rivalries in college wrestling19:00 - Barometer on how guys do at the next level23:00 - Stalling34:00 - Brent Metcalf InterviewSubscribe to On The Mat and listen anytimeApple Podcasts: http://itunes.apple.com/us/podcast/on-mat-by-national-wrestling/id968091220?mt=2&amp;uo=4&amp;at=11ly5X Stitcher Radio: http://www.stitcher.com/s?fid=61304&amp;refid=stpr Spreaker http://www.spreaker.com/show/on-the-matSpotify http://open.spotify.com/show/1HQrVMZiXDpjzHHbkk9eQA?si=iXal80N4SKm0WzbsG_berAiHeartRadio: http://www.iheart.com/show/53-On-The-Mat/ iHeartRadio Google Play Music: http://play.google.com/music/listen#/ps/I3ellsqetslqn5mrhspoxf6a4suRSS: http://www.spreaker.com/show/1361022/episodes/feedSUPPORT THE SHOWAnd if you're a fan of the extensive and broad-based reach of the shows on the Mat Talk Podcast Network, become a TEAM MEMBER today by going to www.patreon.com/mattalkonline. There are various levels of perks for the different levels of team membership. If you like wrestling content -- scratch that -- if you LOVE great wrestling content, consider becoming a team member. You'll get some cool stuff too.