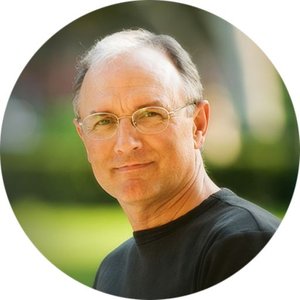 Monday, March 15, 2021 Tuesday’s Point of View host is our own Kerby Anderson!  During the first hour, he brings us the latest stories from the headlines. Kerby’s guest in our second hour is Joel C. Rosenberg. Joel introduces his latest book, The Beirut Protocol. Kerby’s final guest is Greg Koukl, the founder and president of Stand to Reason. Greg will talk about his newly published article, “When Spiritual Heroes Fall.” Please call or contact us with your perspective, call 800-351-1212 or you can post a comment or question on Facebook at facebook.com/pointofviewradio.

Greg Koukl was asked why the idea that “we develop morality out of our desire to survive” fails to stand as a basis for morality. But Scott Clifton joins me to discuss why Greg's attempt to find failure is itself a failure.#STRask - October 29, 2020https://www.str.org/w/-strask-october-29-2020Scott Clifton (Theoretical Bullshit)https://www.youtube.com/user/TheoreticalBullshitJoin this channel to get access to perks:https://www.youtube.com/channel/UCIS4cWaXgWpznjwovFYQBJQ/joinSupport Paulogia athttp://www.patreon.com/paulogiahttp://www.paypal.me/paulogiahttps://www.amazon.ca/hz/wishlist/ls/YTALNY19IBC8?ref_=wl_sharehttps://teespring.com/stores/paulogiaPaulogia Audio-Only-Version Podcasthttps://paulogia.buzzsprout.comFollow Paulogia athttp://www.twitter.com/paulogia0http://www.facebook.com/paulogia0https://discord.gg/BXbv7DSSupport the show (https://www.patreon.com/paulogia) 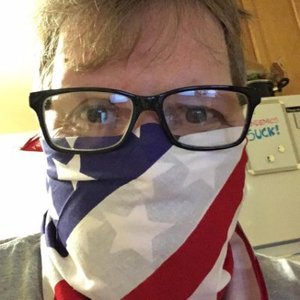 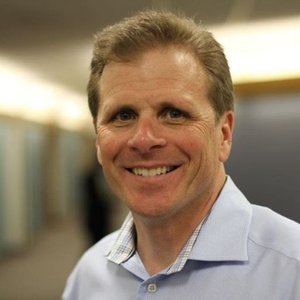 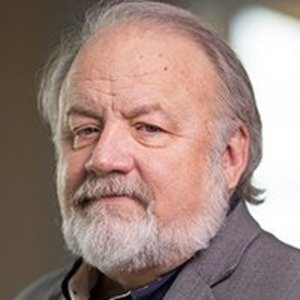 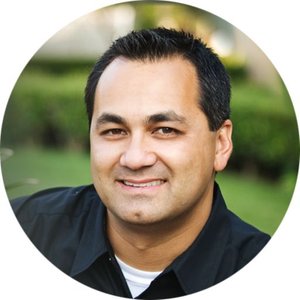 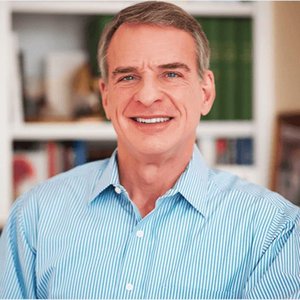 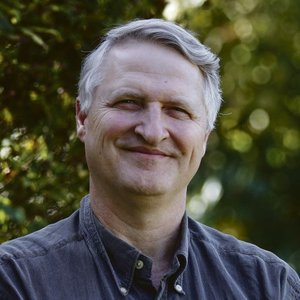 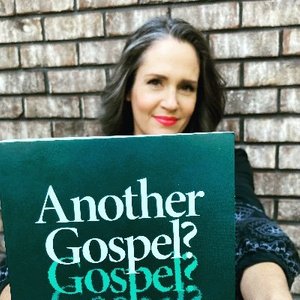 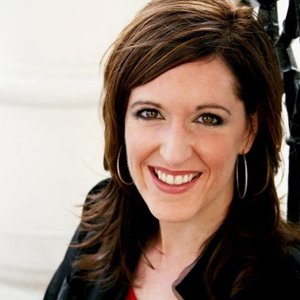 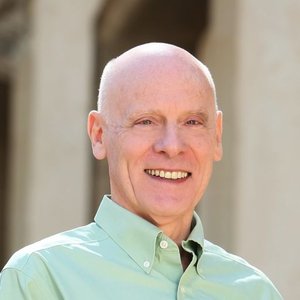 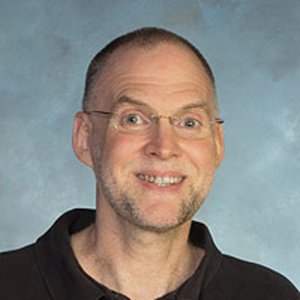 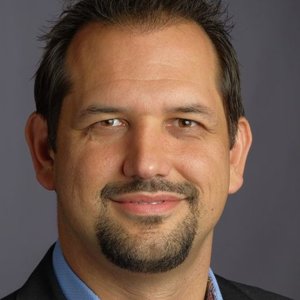 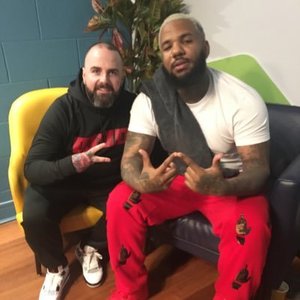 Many think Christianity is just one among many religions in the world. But aside from Christianity being true, it is also a picture of reality that explains why the world is the way it is. Apologist Greg Koukl, founder of Stand to Reason, will join me to explain why. His book is called, "The Story of Reality: How the World Began, How It Ends, and Everything Important that Happens in Between." That's next time on Tuesday's JANET MEFFERD TODAY.

Bible Study with Me Podcast

Well, Greg came back! We had such a good conversation the first time that I asked him back. He was gracious and kind to do this. We discuss many verses in the Bible that are often misused. Go to STR.org to find Greg's ministry. My website: novicetheologian.com

Tactics for People Who Won't Listen with Greg Koukl

Dr. Frank Turek is joined by Christian apologist Greg Koukl. Greg is the founder and president of Stand to Reason, Clear-Thinking Christianity.

Bible Study with Me Podcast

Greg Koukl is one of my favorite theologians to listen to. He is well known for his books Tactics and The Story of Reality. You can find them at their website STR.org or Amazon.  Today we talked about a Bible study principle Never Read a Bible Verse. We go through some examples of verses taken out of context and much more. I hope you enjoy!

Welcome to another BONUS EPISODE to start off 2021! On this episode, Nate shares the time that Greg Koukl interviewed him on the Stand to Reason radio show. He also talks about why that was such an important moment. Don't miss it! Happy New Year from the entire ACL Team and Board! We love you and look forward to bringing you fresh content in 2021! Our new YouTube series "Debate Teacher Reacts" is dropping new episodes on our YouTube Page soon! Don't miss out! Sign up for our unique newsletter that contains material only for subscribers at (www.clearlens.org)! Twitter: @AClearLens Facebook: www.facebook.com/clearlens Instagram: @AClearLens "Day by Day" by Citizens is used with permission. Check out their website: wearecitizens.net

Be sure to check out The Babylon Bee YouTube Channel for more podcasts, podcast shorts, animation, and more. This is the Babylon Bee Interview Show. In this episode of The Babylon Bee Podcast, Kyle and Ethan welcome back Christian apologist Greg Koukl of Stand To Reason. He is the author of Tactics and The Story of Reality. They analyze celebrity quotes about God and religion, discuss the horrors of the 20th century world wars, and reveal how Greg would convert Lady Gaga in 30 seconds using his tactics. They also get into the concept of “wokeness” and how awful a lot of modern worship songs really are.  To watch or listen to the full podcast, become a subscriber at https://babylonbee.com/plans. Topics Discussed The Greg Koukl Vs. Deepak Chopra faceoff Celebrity quotes about God (Woody Allen, Penn Jillette, Ricky Gervais, H.P. Lovecraft, Lady Gaga)  Running the Gauntlet Douglas Axe’s book Undeniable The Strawman Fallacy Religion causing more war than atheism?  Lenin, Stalin, Mao, and Hitler Indoctrination and reading non-Christian books Illiberal bullying and bludgeoning Christian schools excluding non-Christians ‘Practical suicide’ (Being what you condemn) “LGBTQ Christians” Converting Lady Gaga in 30 seconds using Tactics Critical Race Theory infiltrating the church Intersectionality and social justice Greg’s book Tactics Greg’s book The Story of Reality Subscriber Portion Stephen Colbert and atheists/agnostics Jordan Peterson’s tactics on this interview On not being good enough or virtuous enough to become a Christian? What the Bible says about “wokeness”  Subscriber-submitted questions Is God’s love reckless? And other thoughts on modern worship songs Miscellaneous heresies The Ten Questions

Rewriting Jesus - An Interview with Greg Koukl “Stand to Reason”

Today Pastor Nat welcomes Christian Apologist, and author Greg Koukl for a discussion about a very timely subject: RELATIVISM.  Are morals relative, are they dependent upon culture, or is there an objective standard we should hold to? Listen as these and other important questions are discussed in today’s interview. Download the Transcript of Today's PodcastWhen you face trials and experience the testing of your faith, how do you stay strong? Some days, it can feel like you are just going through the motions and it can be hard to stay motivated to continue growing in your relationship with God. You’re not alone.  If you’re looking for practical, Scripture-based steps to overcoming anger and fear our Win the Day resource is a great place for you to start.  You can get a copy of this helpful booklet by giving a gift of any amount to Back to the Bible today.Get to know Nat Crawford, Cara Whitney, Arnie Cole

CC054: Discussing "Tactics" with Greg Koukl: How to Talk to People About Christianity

In this video, I interview Greg Koukl about how to talk to people about Christianity. We talk about his book "Tactics: A Game Plan for Discussing Your Christian Convictions." Toward the end we talk about how Tactics differs from Street Epistemology.Link to the YouTube Video: https://www.youtube.com/watch?v=W_HcKbls_RI&amp;t=7sOur Website: www.capturingchristianity.comOur Patreon: www.patreon.com/capturingchristianity