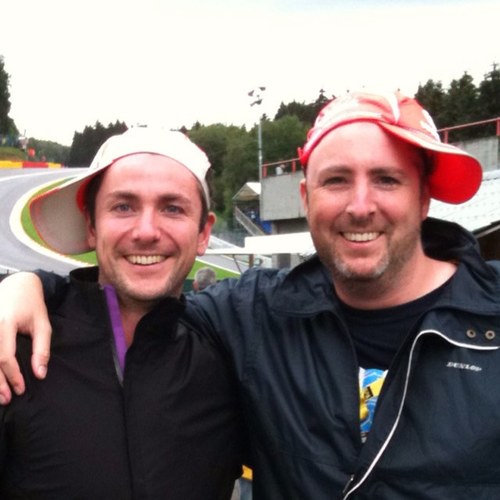 https://sideshowsoundtheatre.files.wordpress.com/2016/11/meet-the-team-9-rob-dodson.mp3In the finale of the mini-series “Meet the Team“, and last piece of his serial killeresque podcasters collection, your host Ian Crabb interviews Rob Dodson, the so-called Dark Side of Sideshow. The younger brother of Will, he’s a multi-instrumentalist, computer genius, doting father and all-round fantastic bloke! Rob talks to Ian about growing up with Will, his wrestling song, the colours of math, bandlife, discovering one instrument at a time, programming 24/7, becoming a father, being a giant Lord of the Rings fan, his favourite film of all time &amp; heaps more! Timestamps: 21:31 Rictus Grin 26:08 He’s a Pirate – Drum Cover 59:57 What I’ve Done – Vocal Cover 1:02:00 Final Night – Written by Robert Dodson in Partnership with Sideshow Sound Theatre and William Dodson Lyrics Written by Robert Dodson, Wendell Jones and Giovanni Baez Produced by Robert Dodson and Giovanni Baez Links: Rob on SoundCloud Rob on Facebook

All Angular Podcasts by Devchat.tv

Smart phone apps have better performance than web apps. When we have an application that we use on a regular basis, we download that application to a smart phone rather than using the browser based version on our mobile browser. Google’s Polymer Project wants to improve the gap between native app performance and mobile web app performance. The key problem with mobile web is that we are sending huge JavaScript bundles to mobile devices, which inhibits performance. The Polymer Project is working to build more functionality into our mobile browsers so that it is easier to load these heavy web applications. Rob Dodson is a developer advocate with Google. Today’s episode explores the past, present, and future of web application development, from jQuery to React to progressive web apps. The Polymer project also represents a push towards better support for people in developing countries, where internet connections are less reliable. Sponsors Linode has fast, simple cloud servers. Go to linode.com/sedaily for a free $20 in credit–server pricing starts at $10 a month. The post Google’s Polymer Project with Rob Dodson appeared first on Software Engineering Daily.

In S01E07, Rob Dodson, Google Developer Advocate shares the future of web components and Polymer with us. Justin Ribeiro, Google Developer Expert interviews.Rob gives us an update on the browser web components battle and where everyone is with relation to feature shipments. Shadow DOM and custom elements should be hitting more browsers this year, and where the future of HTML imports will be.If you're looking to get started using web components, Rob covers what you as a developer can do right now and Polymer's vision for how they play in the web component ecosystem.Rob discusses his opinions as to why large corporations are quicker to adopt web components than the OSS community, shares juicy gossip on an up and coming Polymer CLI, and tells us about cool tools like polygit.org!Find more podcasts, videos, trainings and online conferences at http://modern-web.org or follow us on Twitter @modernweb_.

86: Componentizing the Web with Rob Dodson

Web Components are all the rage these days — a way to create the web using chunks of code that are reusable across projects. Polymer is a polyfill for using Web Components today. Rob Dodson joins Jen Simmons to explain the current landscape. Links for this episode:Google Developers Blog: Componentize the web, with Polycasts!Front-end Choice ParalysisCan I use... Support tables for HTML5, CSS3, etcRob Dodson talks internetsWelcome - PolymerChromium DashboardWebComponents.orgPolymer/core-a11y-keysAccessible Web Components - Part 1 - PolymerCustom Elements - A Web Components Gallery for Modern Web AppsThe Extensible Web ManifestoThanks to this week's sponsor: CITRIX GoToAssist. Start managing your company’s IT support team more efficiently today. And thanks to Mandrill, transactional email from the folks at Mailchimp.

The panelists talk to Rob Dodson and Eric Bidelman about the Google Polymer project and Google I/O.