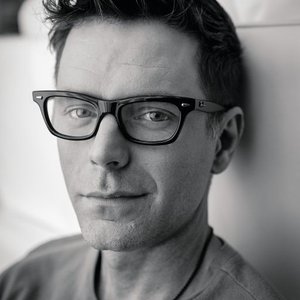 Bobby Bones needs no introduction. This is episode #100. We are officially a real podcast.

Episode 6: "Breast cancer, from a boyfriends perspective" with Szn Raymundo of the Bobby Bones Show

Matt sits down with good friend Ray Slater to talk about his life in radio and special relationship with wife Laura. Ray, aka Szn Raymundo, is a producer and creator on the Bobby Bones Show. Many know him as the funny and charismatic personality but most haven't heard his story and perspective on his wife's breast cancer journey. Tata To Cancer Blog : https://tatatocancer.blog/ 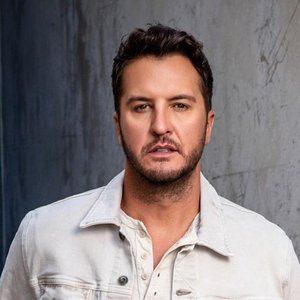 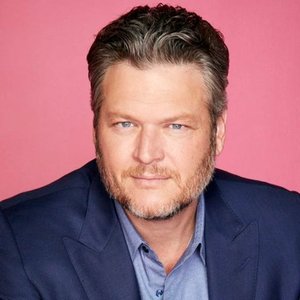 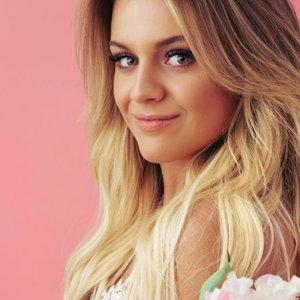 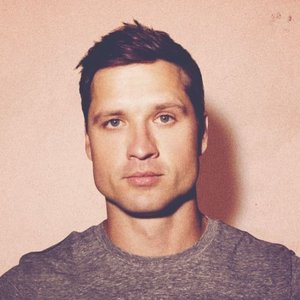 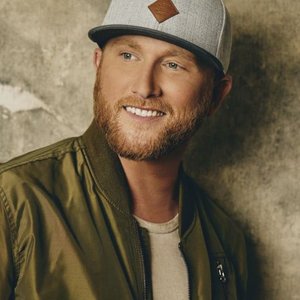 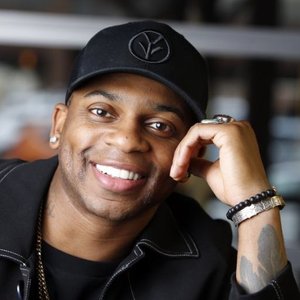 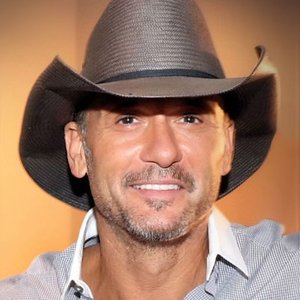 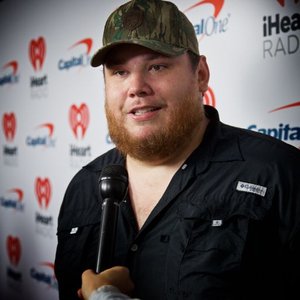 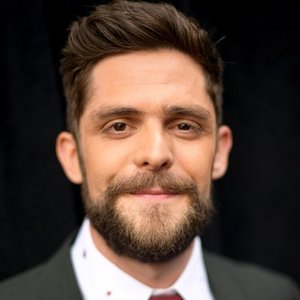 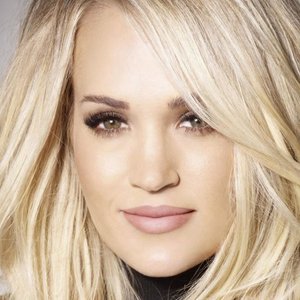 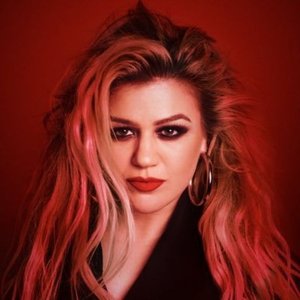 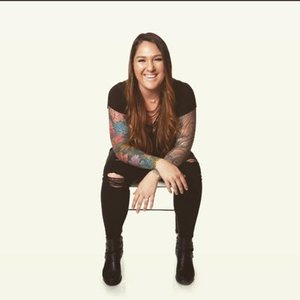 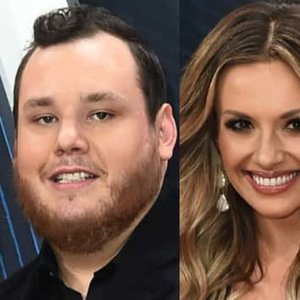 John Nabors is joined by media sensation Bobby Bones as they discuss the great stretch of Razorback sports that has been going on the past year, what it was like playing at Razorback Stadium, hanging out with coaches and Garth Brooks, and signing Hogs to NIL deals! Learn more about your ad choices. Visit podcastchoices.com/adchoices

Radio and TV personality Bobby Bones joins Doug to talk about his Razorbacks advancing to the Elite Eight with an upset win over top-ranked Gonzaga Thursday night. Doug weighs in on the DK Metcalf situation in Seattle as he says he needs to now step up as the leader of the Seahawks. Doug goes over the most interesting parts of the Deshaun Watson press conference. Plus, Isaac Lowenkron takes Doug through the Friday edition of "The Press". Learn more about your ad-choices at https://www.iheartpodcastnetwork.comSee omnystudio.com/listener for privacy information.

Interview with Lunchbox from the bobby bones show

Music: Through the ages

In this episode of music through the ages, Rylan, and his sidekick spencer, interview a solid C+ list celebrity, Radio-show personality of the biggest country radio show in the world Lunchbox. The music talking duo talks with lunchbox about everything from Eminen (Including Rylan's obsession with Eminem/Slim Shady) to acapella singing Garth Brooks songs, to the baby Rylan has to take home for his child development class. (Shout-Out the best teacher ever Mrs. Overholser.  If you want to send in an audio comment to the show that can be played on the show but only if you want it to be played on the show click this link. (https://anchor.fm/rylan-krauss/message) Please enjoy this episode and make sure to like and subscribe to the show. -Rylan Krauss--- Send in a voice message: https://anchor.fm/rylan-krauss/message

Bobby Bones: ...that my greatest fulfillment would come from giving back

If you're even somewhat of a country music fan, chances our you've heard of Bobby Bones, the host of the host of The Bobby Bones Show, which has an audience of more than five million people per week. He's a member of the musical comedy group, "Bobby Bones &amp; The Raging Idiots' and even mentored the top 24 on American Idol. His latest book, "Fail Until You Don't: Fight. Grind. Repeat.", is about how he and some of his famous friends made it through their failures and found their way to enormous success. You can check out his website at: https://bobbybones.iheart.comYou can buy his book at: https://www.amazon.com/Bare-Bones-Lonely-Youre-Reading/dp/0062417355Thanks to our sponsor of this episode!--&gt;Aurate: Aurate is a fine jewelry brand which offers amazing quality at affordable prices. Because Aurate sells directly to you, without the middle man markup, they can offer the same quality as traditional 5th avenue brands at a fraction of the cost. Aurate’s gold feels substantial and the diamonds sparkle and shine. Aurate is looking to set the standard for women because they deserve the best—always reminding them to set the gold bar high! Go to www.auratenewyork.com/nobodytoldme and use promo code nobodytoldme to get 20% off. Learn more about your ad choices. Visit megaphone.fm/adchoices

This week we have a really special guest on the NashVegas.com podcast! The one and only Producer Andrew "Pitts" Pittsenbarger! Pitts has lived a life dedicated to radio production. His story is really incredible. He is currently one of the producers for the Bobby Bones Show! He has won two CMAs and two ACMs for his production work for the Bobby Bones Show! Listen in for the full story and all the awesome insights Pitts provides on how to get plugged into NashVegas! Be sure to follow him on IG @brothapitts!

It's not a Bones day, it's a Bones week! Just Being ERNEST is back for Season 3, and the first guest of the season is iconic radio host, American Idol mentor, Dancing With The Stars Champion, and the main character in his very own TV show: BOBBY BONESThese two kick it off with a discussion on country music: The evolution of the genre, the "that ain't country" delusion, and what it takes to push the envelope. Next, Bobby shares some of his struggles upon arriving in Nashville, how he had to acclimate to a town that didn't particularly welcome him, why he was fined $1 million, and which legendary stunt he had to pull to make sure everyone in Nashville knew his name.Then, Bobby goes into some detail about the country music charts, specifically the politics behind the number one spot. Lastly, the two wrap it up with talk of the difficulties of stand-up comedy, Bobby's love for the Grand Ole Opry, and an interview Bobby did with ESPN that, to his dismay, did not go as he had hoped.Season 3 kicks off with a bang, enjoy!-----Catch the video podcast on YouTube, and follow us on social media (@jbepod) for clips, bonus content, and updates throughout the week.FOLLOW ERNEST ON:SpotifyApple MusicInstagramTwitterTikTokFacebookYouTubePRODUCED BY:Big LoudAlex Lagos / Lagos Creative

Episode #292: The REAL Story Behind The Bobby Bones Kerfuffle

The C.L.I.M.B. with Johnny Dwinell and Brent Baxter

Johnny and Brent have a FREE gift for YOU! To get your free gifts, go to GiftFromJohnny.com and GiftFromBrent.com JOIN THE C.L.I.M.B. COMMUNITY ON FACEBOOKIf you’d like to schedule a consultation with Johnny, please email us at info@daredevilproduction.com and put “CONSULTING” in the subject line. To schedule a personal coaching session with Brent Baxter, go to https://songwritingpro.com/coaching We are very excited to be a part of the @americansongwriter podcast network with other amazing podcasts. Check out our new home for all of our upcoming episodes! @americansongwriter #theclimb #americansongwriter #americansongwriterpodcastnetwork #aspn #interview #podcast http://americansongwriter.com/podcast  PS: Get your free PDF download of 21 Biggest Reasons You Don't Have More fans today and improve the promotion efforts for your music. Go to GiftFromJohnny.com and tell him where to send it.

Join us as Oh Behave show host Arden Moore chats with celebrity Bobby Bones about a mission near and dear to him: helping shine the spotlight on the valuable roles service dogs serve for military veterans dealing with PTSD. Yep, the same Bobby who is the star of the new Nat Geo hit called, "Breaking Bobby Bones" and the same one who is a two-time New York Times bestseller and winner of season 27 of Dancing with the Stars. He recently produced a short documentary called "Even Heroes Need Heroes" that airs Sept. 8. September is National Service Dog Awareness Month. We salute Bobby Bones for raising awareness about service dogs. EPISODE NOTES: Radio/TV Personality Bobby Bones Salutes Service Dogs for Military Veterans With Dog Chow