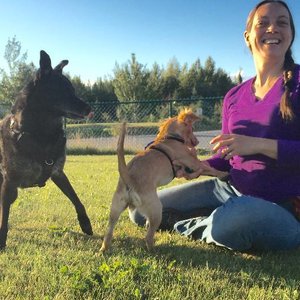 In this episode, we discuss why reactivity is such a big topic, why it’s so hard, so common, and so important, how our own emotions and behavior play into the problem, what we can do to manage our emotional responses and do better training, how getting better with our training skills can make the world a better place... and isn’t that why we are all here? I hope so. Because something has be done and that’s for sure. For full show notes, visit: www.hannahbranigan.dog/podcast/152 This podcast is supported by Patreon: www.patreon.com/DFTT

Dog Save The People

Grisha Stewart is a dog training expert, author, and online dog school facilitator based in Oregon, who specializes in dog reactivity and canine empowerment. She has been training dogs for two decades and counting, using empowerment and positive reinforcement to meet the needs of dogs. In 2010, she developed BAT (Behavior Adjustment Training) to find an efficient rehabilitation technique that would work with her own dog's fear issues and help gain confidence, social skills, and improve behavior overall. She has also observed over time how the ways we interact with our dogs reflect back our own behavior and how we can learn about ourselves with a deeper look at it. For more information about the episode, guest, and featured social media or links: www.dogsavethepeople.com/episodes/grisha-stewart 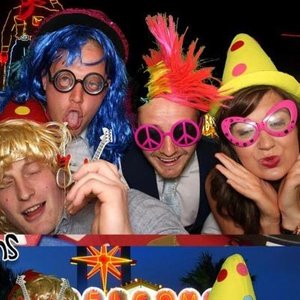 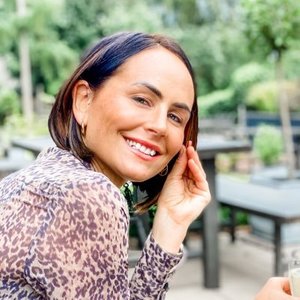 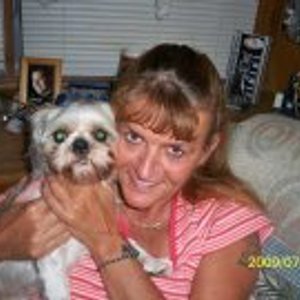 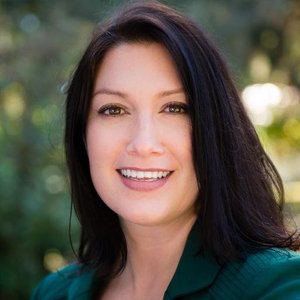 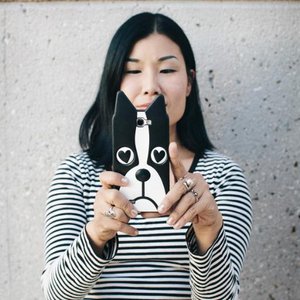 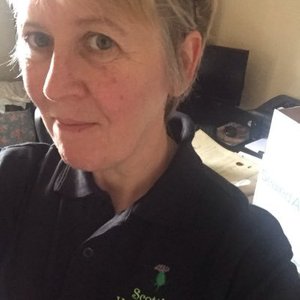 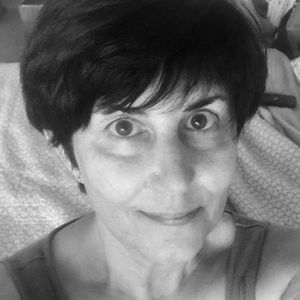 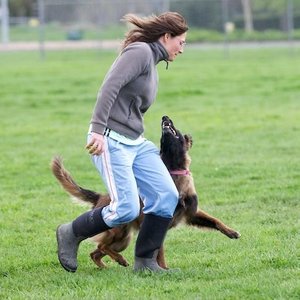 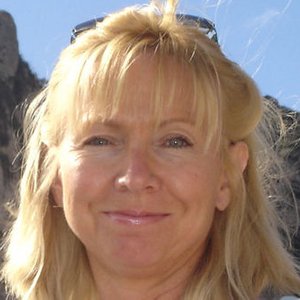 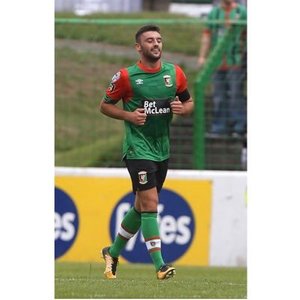 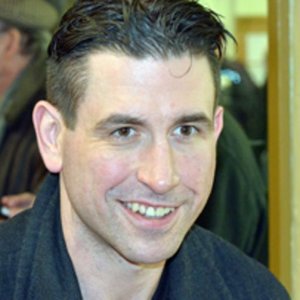 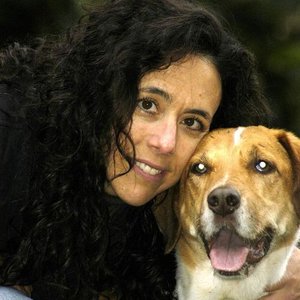 DogCast Radio - for everyone who loves dogs

www.DogCastRadio.comIn this podcast hear Grisha Stewart talk about BAT, leash belay, her online expert dog training lessons and more. Jennifer Billot talks about setting puppies up for success in the real world. Two great beahviourists in one great show, helping you help your dog be as happy as possible.

Our guest on Barking From The Wooftops today is Grisha Stewart featuring Gillian Boland of Ethical Dog Training.Grisha Stewart, MA, CPDT-KA is an author, international speaker, and dog trainer who specializes in dog reactivity. She runs Empowered Animals, LLC, and the Grisha Stewart Online Dog School.She is an author of several books including her well known Behavior Adjustment Training 2.0: New Practical Techniques for Fear, Frustration, and Aggression.You can also find Grisha on YouTube and explore her free lead walking course here.We would love to hear from you in terms of what specific areas you would like us to discuss in the future. Use the contact form here to get in contact, or find the show on Facebook and Twitter.You can find video content from Barking From The Wooftops on Youtube too.A member of GlasgowerThis podcast uses the following third-party services for analysis: Chartable - https://chartable.com/privacy

Join Marissa Martino of Paws &amp; Reward interview Grisha Stewart about modifying human behavior. It's critical to understand how to modify human behavior since our behavior affects our dog's behavior. During the episode, they identify specific human behaviors that are important for communication and training success for you and your dog. They also talk about strategies to help you achieve these behaviors. Marissa and Grisha even explore this concept as it relates to our behavior in relationships with ourselves and others!

Grisha Stewart became very well known to the canine community after she authored her book BAT. The acronym of the book is Behavior Adjustment Training, which is mainly directed at dogs with aggression issues. As well as being an author and trainer, we got to find out a bunch of things Grisha used to do.The great part of the podcast interviews is not only meeting and making new friends like Grisha. It's spending time with people and hearing their back stories. How things came to be and where fate intervened. You can also get to know more about Grisha from her interview, or you can go to her website.Further detailsIf your looking for contact details, great trainers and supporters of The Canine Paradigm, look no further. Below is a vast array of people and business’s who stand by us and donate to our running costs.Glenn runs and has almost everything canine related at, Canine Evolution or Pet Resorts AustraliaPat has a full range of coaching and training services at Operant CanineIf you wish to learn a little more about us, go hereYou can support our show and get extra content right here on our Patreon page. Everything goes into keeping the show running and we love all the wonderful people who are part of that community. If you’re not sure how, just ask us.You can get our full range of Merch at our Teespring store hereYou can also help us by spreading the word amongst the community or even suggesting a special guest to interview.If you need to find out how to listen to our show, go hereWe have a YOUTUBE channel that you can subscribe to nowIf you enjoyed the podcast, please review us on ItunesDetails on joining the IACP can be found here. If you’re not in it you should be!Check out Dogs Playing for Life! A rescue process changing dogs lives across the USAFor more details on how to help our friends at Peggy’s Promise, you can find all the details on how to do that on their website. They are our rescue charity of choice.Support our supportersNarelle Cooke’s raw feeding guide for pets here. She also has her own podcast show on all podcast directories called Natural Health for people and pets. Check it out.Birdy O’Sheedy can be found at Pause in life and at Paws in lifeJason Firmin Einzweck Dog quip SHOW SPONSORK9 Dynamics online store for all our listeners in USA and Canada SHOW SPONSORMelanie Benware at Kindred K9 Solutions SHOW SPONSORKathy Santo at Kathy Santo Dog Training SHOW SPONSORJasmine Whiting is at Prime CanineAlex Edwards Refine your CanineEmma Murdoch Walk with me OttawaFind out more about GRC dog sports here

The Bitey End of the Dog

In this episode I chat with Grisha Stewart, the founder of the well known protocol for reactive dogs, Behavior Adjustment Training.  We talk about how BAT has evolved, when it can be incredibly useful, and how it can be integrated with other strategies for other problem behaviors, such as when a dog is showing true predation, or as we call it in the episode, when a dog is actually having fun.AggressiveDog.comAggression in Dogs ConferenceAbout Grisha:Grisha Stewart is an author, international speaker, and dog trainer based in Oregon, USA, who specializes in dog reactivity. She founded Empowered Animals and the online Animal Building Blocks Academy, as well as Ahimsa Dog Training in Seattle, which she sold to a staff member in 2015. Grisha's Ahimsa team earned many awards, including Best of Seattle and Best of Western Washington."Ahimsa" is a Buddhist doctrine of nonviolence to all living things, which reflects Grisha's focus on force-free methods to promote the well-being of dogs and their humans.Her seminal book, "Behavior Adjustment Training: BAT for Aggression, Reactivity, and Fear in Dogs," was published by Dogwise in late 2011. Grisha's popular second book, "The Official Ahimsa Dog Training Manual: A Practical, Force-Free Guide to Problem Solving &amp; Manners," was published in 2012 and updated in 2014. She also has over a dozen DVDs, with 6 currently in print. Her third book, BAT 2.0 was released in early 2016 and is available to order here on her site (and other places, but here is best)! This content replaces the first BAT book.Grisha's Educational Opportunities

Grisha Stewart, MA, CPDT-KA, talked with Colleen Pelar about acceptance and the somewhat surprising truth that accepting yourself as you are is the best way to grow and change. www.colleenpelar.com/47