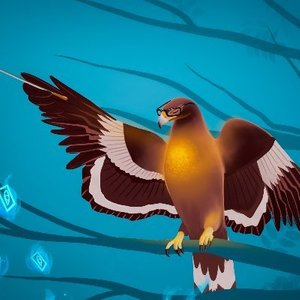 Music legend Linda Ronstadt discusses her new book, Feels Like Home: A Song for the Sonoran Borderlands, about the place, food and family that helped shape her life and career. Composers Austin Wintory and Susie Benchasil Seiter talk about their collaboration on the score for the Netflix series Thai Cave Rescue, and how they managed to create something deeply authentic in its handling of Thai traditional music. Born blind, producer and recording artist Mattmac shares his inspiring journey that's quickly established him as one of Canada's best young musicians. Actor John Cho discusses his debut novel, Troublemaker, which follows the events of the 1992 Los Angeles riots through the eyes of a 12-year-old Korean American boy.

Ro speaks with Austin Wintory, composer behind Journey, ABZU, The Pathless, and dozens more about the video game music world in 2022, approaching composition, advice and ideas for new musicians, and working with artists and guests. We also chat about covers of Austin's works, the challenges of writing for games that feel dramatic/cinematic and nuances behind terminologies and hear exciting thoughts on where musicians can go.Participants: Ro Panuganti, Austin WintoryPlugs: https://www.austinwintory.com/ https://twitter.com/awintory 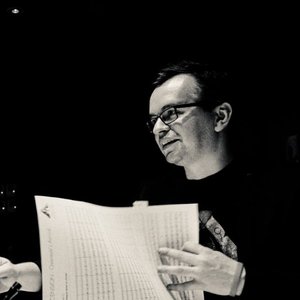 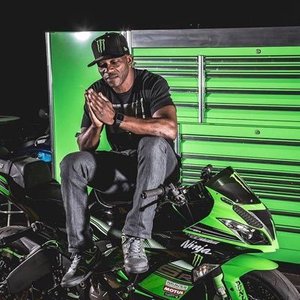 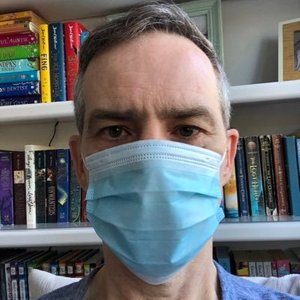 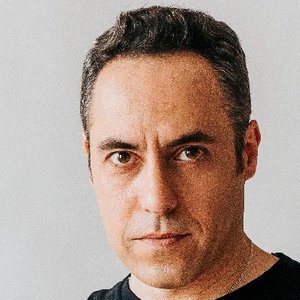 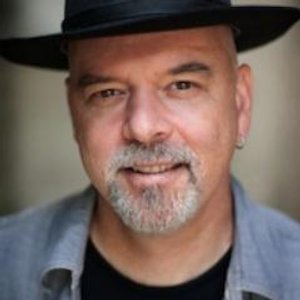 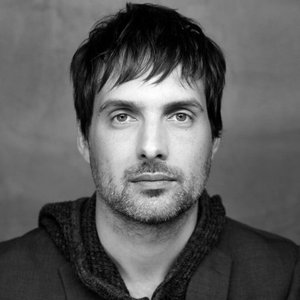 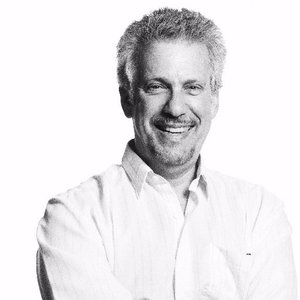 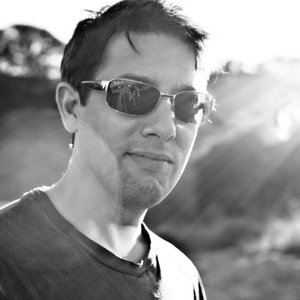 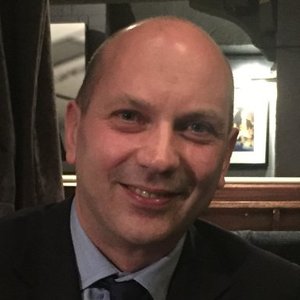 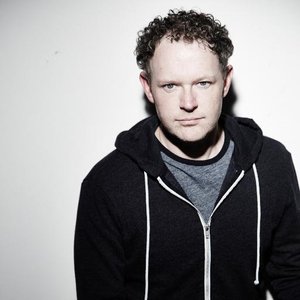 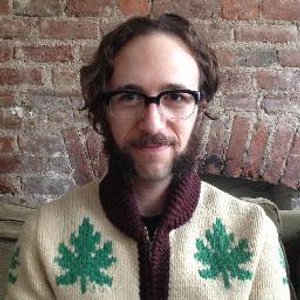 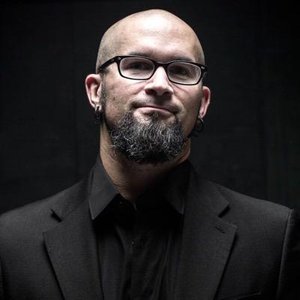 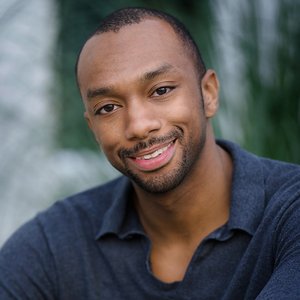 Austin Wintory's 'Traveler Symphony' is a gift for 'Journey' fans

For many players, Journey, created by Jenova Chen and That Game Company, was a life-changing experience, in no small part because of Austin Wintory's gorgeous soundtrack.

I’ve taken a long break from the podcast but I’m back and in style with a really great discussion with composer Austin Wintory, who is the perfect podcasting guest because he has so many stories and is such an eloquent speaker. Wintory has just released a reimagining of his Journey soundtrack called Traveler. He re-composed the entire score and recorded it with the London Symphony Orchestra. It’s beautiful and brilliant and a wonderful way to celebrate Journey’s 10th anniversary. This is a public episode. If you’d like to discuss this with other subscribers or get access to bonus episodes, visit diabolical.substack.com/subscribe

We are joined by multiple award winning composer Austin Wintory, known for games such as Assassin's Creed Syndicate, Abzu, The Pathless and Journey to discuss the process and intricacies of composing music in the video game industry.

Working in Games & Film, Being Rejected, and Helping Others with Austin Wintory

#4: Austin Wintory is an award winning concert, film, and video game composer who's worked on video games such as Journey, Abzu, The Banner Saga, Assassin's Creed, and countless others.In this interview we talk all about pitching for work, building a full-time composition career, working in film, games, and concert music, being rejected for projects, and much more. Find Austin at:Twitter: @awintoryInstagram: @a.wintoryBandcamp: https://austinwintory.bandcamp.com/Website: https://www.austinwintory.com/And if you're interested in making music and sound for games, I have a newsletter and free courses that will get you started, and help you find paying work in games. Just go to www.bit.ly/soundbizpod

Interview with Austin Wintory - Part One

Welcome to another of our special continuing series of film, TV and video game composer interviews on the CINEMATIC SOUND RADIO PODCAST NETWORK. On the program today, film and video game composer, Austin Wintory. Austin grew up in Denver and from the age of 10 was utterly addicted to film music. After teaching himself to compose, orchestrate and conduct in high school, he went on to study classically at NYU and USC. Following a whirlwind education in which he scored well over 150 student and small independent productions, he graduated and began working full-time in Los Angeles. In 2012, Austin’s soundtrack for the hit PlayStation3 game JOURNEY became the first-ever Grammy-nominated videogame score, also winning two British Academy Awards, a DICE Award, a Spike TV VGA, and IGN’s “Overall Music of the Year,” along with five Game Audio Network Guild awards, and a host of others. Excerpts from the score have been performed all over the world since its release, including by such ensembles as the National Symphony, San Francisco Symphony, Colorado Symphony and Pacific Symphony. Austin’s score for FLOW made him the youngest composer ever to receive a British Academy Award nomination and also won him a wide variety of other game industry accolades. An orchestral version of this music has been performed at the Smithsonian Museum as a part of their “Art of Games” exhibit. Austin has also scored nearly 50 feature films, and his first major film score, for the Sundance Film Festival-winning film CAPTAIN ABU RAED, was shortlisted for the 2009 Academy Awards for Best Original Score by the LA Times. His next major film, GRACE, was also a hit at the Sundance Film Festival. Austin’s score, was also highly lauded, earning a notorious Fangoria Chainsaw Award nomination. His most recent films are writer/director Adam Alleca’s STANDOFF, starring Thomas Jane and Laurence Fishburne, and Amin Matalqa’s THE RENDEZVOUS, starring Stana Katic. Passionate about education, Austin is a regular public speaker at schools and events around the world, in addition to pre-concert talks and workshops. He also serves on the Board of Directors for the non-profit Education Through Music – Los Angeles, as well as the Board of Directors for the Society of Composers and Lyricists. In March 2021 for the CINEMATIC SOUND RADIO PODCAST NETWORK, via Zoom, Jason Drury had the pleasure of talking to Austin Wintory. In part one of this two-part interview, they talked extensively about his work on video games and how he chooses assignments as well as playing samples of his wonderful music. Enjoy! Special thanks to our Patreon supporters: Matt DeWater, David Ballantyne, Mindtrickzz, Joe Wiles, Rich Alves, Maxime, William Welch, Tim Burden, Alan Rogers, Dave Williams, Max Hamulyák, Jeffrey Graebner, Douglas Lacey, Don Mase, Victor Field, Jochen Stolz, Emily Mason, Eric Skroch, Alexander Schiebel, &amp; Alphonse Brown. —— Cinematic Sound Radio is fully licensed to play music by SOCAN. Support us on Patreon https://www.patreon.com/cinematicsoundradio Check out our NEW Cinematic Sound Radio TeePublic Store! https://www.teepublic.com/stores/cinematic-sound-radio Cinematic Sound Radio Web: http://www.cinematicsound.net Twitter: http://www.twitter.com/cinsoundradio Facebook: http://www.facebook.com/cinematicsound Cinematic Sound Radio Fanfare and Theme by David Coscina https://soundcloud.com/user-970634922 Bumper voice artist: Tim Burden http://www.timburden.com

Composer Austin Wintory (Journey, ABZÛ, Assassin’s Creed: Syndicate, The Pathless, The Banner Saga, and countless other games and films) is one of the best-known names in video game music – but he didn’t know anything about music for the first ten years of his life. He brought Yusuf/Cat Stevens’ 1970 hit record “Tea for the Tillerman” to CrossFade because it reminds him of his dad, and of learning music, and of the pure emotional statements that can be made through musical storytelling. Matt’s pick, Boards of Canada’s “Music Has the Right to Children,” lets listeners find the story in between the samples, tones, patterns, and soundscapes the Scottish duo packed it with back in 1998. It was an early statement in the hauntological electronica movement that wrenched music from the world around them, reassembling sounds in a way that suggests melody and form without quite standing out. Follow Austin at https://twitter.com/awintory and find his music at https://www.austinwintory.com/ Support MinnMax on Patreon: https://www.patreon.com/minnmax/ Listen to the CrossFade Community Playlist of our community’s favorite music: https://spoti.fi/3aRRgox To jump to a particular discussion, check out the timestamps below… 02:29 - Austin’s early life with music 4:57 - The influence of composer Jerry Goldsmith 17:07 - Yusuf/Cat Stevens’ “Tea for the Tillerman” 26:09 - “Where Do the Children Play?” 33:29 - “Hard Headed Woman” 37:15 - “Wild World” 43:42 - “Sad Lisa” 56:09 - “Father and Son” 1:01:07 - Boards of Canada’s “Music Has the Right to Children” 1:04:34 - “Wildlife Analysis” 1:05:51 - "An Eagle in Your Mind" 1:09:18 - “Rue the Whirl” 1:14:09 - “The Color of the Fire” 1:18:17 - “Roygbiv” 1:22:00 - “Pete Standing Alone” 1:24:47 - "Telephasic Workshop" 1:29:57 - Community Questions 1:48:25 - Jethro Tull - “Thick as a Brick” (suggested by MinnMax supporter Thom Blackburn)