Good Mourning! It's time to shake things up a bit with The Earthquake Killer. We chat about how easy it is to justify our fears and paranoia when we aren't checked from an outside source. Plus... razor blade boxing gloves! Grab your mugs and don't tell strangers where the folks that lived in your house before you moved to, because we are starting the week off right! Hosted by: Nicole Unger, Amanda Kraft, and Brenna Folger Music composed by: Karalyn Clark Instagram: @mourningmurders Facebook: Mourning Murders Podcast Buy us a Ko-fi: https://ko-fi.com/mourningmurders https://www.mourningmurders.com/ Herbert Mullin Sources: https://en.wikipedia.org/wiki/Herbert_Mullin https://listverse.com/2015/06/01/10-terrifying-real-life-cabin-in-the-woods-murders/ http://maamodt.asp.radford.edu/Psyc%20405/serial%20killers/Mullin,%20Herb.pdf https://criminalminds.fandom.com/wiki/Herbert_Mullin http://murderpedia.org/male.M/m/mullin-herbert.htm https://medium.com/@HistoryOfMurder/the-eathquake-killer-herbert-mullin-903940f41029 http://edmundkemperstories.com/blog/category/mary-guilfoyle/ https://sanfrancisco.cbslocal.com/2021/03/19/early-70s-serial-killer-herbert-mullin-denied-parole-in-santa-cruz-county/ A few of our favorite mental health resources: Suicide Prevention Lifeline - 1-800-273-8255. Veterans Crisis Line - 1-800-273-8255. Substance Abuse &amp; Mental Health Services Administration (SAMHSA) National Helpline - (1-800-662-HELP (4357) OK2Talk Helpline Teen Helpline - 1 (800) 273-TALK. Crisis Text Line - Text SIGNS to 741741 for 24/7, anonymous, free crisis counseling --- Support this podcast: https://anchor.fm/mourning-murders/support

In this episode Tabitha finally covers the serial killer she has been talking about! Herbert Mullin was a well liked kid and seemed to have everything going for him, that is until his best friend dies and things go downhill from there. He suffers from schizophrenia, and throughout this story we hear the thoughts and things he would be hearing from voices that were only in his head.  Follow us on-Facebook:https://www.facebook.com/tcuncorkedInstagram:https://www.instagram.com/truecrimeuncorked/?utm_medium=copy_link&amp;fbclid=IwAR1JXZXUNMG6Fvv5507Q2lRmehrrsZtFpVNrLi4vyOZavvmheGTHlAfNCCUTwitter:https://twitter.com/TrueUncorked?s=09&amp;fbclid=IwAR3OUGqztSXIR1eDic4WrMuWsveGwJ-YhGojtk4ulcpPaV5ZXHKv54FdXK0 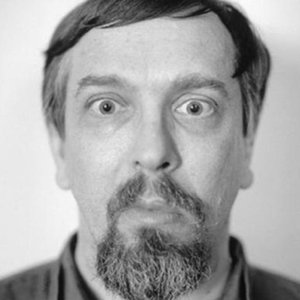 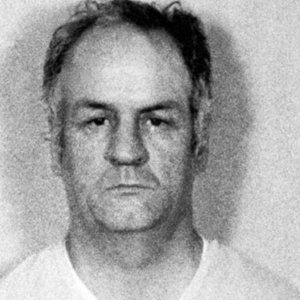 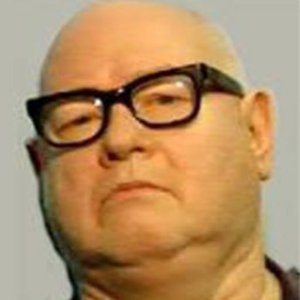 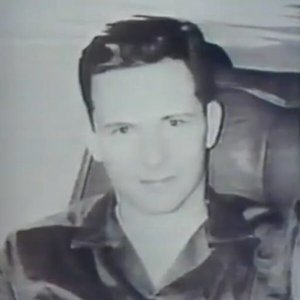 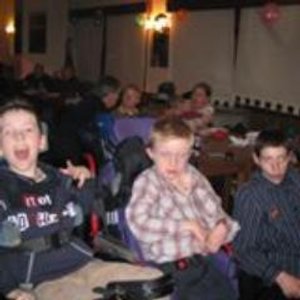 Zach and Devon gather you campers around the campfire for a terrifying case about the serial killer Herbert Mullin. Never hitch-hike campers AND be a hippie on top of that...you might die! After this story you wont be able to sleep...Also, if you have any stories about the paranormal or true crime please submit them! Zach and Devon want to read them and eventually do a listeners episode for all you campers! Get to hear one another stories and not sleep after lolcampinsomniastories@gmail.comThank you campers for your support! I attached our Linktree so you campers can find us on all platforms we are avaliable on! Thanks you guys! See you next time!https://linktr.ee/campinsomniapodcast

Welcome to the 36th episode of Wild Society!Herbert Mullin, also known as the “Earthquake Killer”, terrorized the Santa Cruz area of California during his 4 month murder spree. Although police were unaware they were dealing with a serial killer at first, upon his arrest Mullin confessed to killing 13 people. Equally shocking was his reasoning for the murders.The odds of being bitten by a venomous snake aren't all that high. The odds of being bitten by a venomous snake and then surviving a bear attack are even less. But the odds of doing both and THEN surviving a shark attack? Well, it's 1 out of 893,000,000,000,000. Given those odds, consider Dylan McWilliams really lucky, or really, really unlucky, because he survived all three. This is his story.Check out our merch hereSee all of our episodes hereSend us case ideas, or personal stories hereHerbert Mullin Sources:SF WeeklyCBSN Bay AreaBorn to KillAll Thats Interesting WikipediaDylan McWilliams Sources:Outside MagazineFlorida MuseumNational Park Service

What do Albert Einstein, the great San Francisco earthquake of 1906 and the sleepy beach town of Santa Cruz, California have in common? Nothing. Unless you enter the mind of serial killer Herbert Mullin, who beat a path of terror through the backwoods of Northern California in the early 70's. For the first time, Christopher and Eric head to You Tube for this installment of #TrueCrimeTVClub, serving up an episode from the Real Crime You Tube channel, entitled "Was Herbert Mullin Born To Kill?". It's a terrifying and gruesome case which bring us to the sometimes blurry line between true madness and a murderous desire for revenge.  (This episode was recorded remotely during the COVID-19 pandemic, which might explain slight variations in sound quality.)

Support us on Patreon - https://www,patreon.com/enterthedark​  Herbert Mullin was voted Most Likely To Succeed in his Senior Year, but nobody would guess what Herbert would accomplish.  Fueled by his Paranoid Schizophrenia and his habit of eating 10 tabs of LSD at the same time, Herbert Mullin became obsessed with the idea that he had to kill as many people as he could to prevent an Earthquake destroying California. What followed was one of the worst series of Serial Killings in history.   PLEASE LIKE, SHARE AND SUBSCRIBE  AND BE PART OF OUR SICK FUCK FAMILY!   LISTEN TO ALL OF OUR EPISODES ON SPOTIFY, APPLE PODCASTS AND WHEREVER ELSE YOU CAN GET THEM!   BUY OUR SICK MERCH!  https://teespring.com/stores/enter-th...​  EMAIL US - enterthedarkpodcast@gmail.com  Twitter: https://www.twitter.com/Enter_The_Dar​​​...  Facebook https://www.facebook.com/Enterthedark​​​...  Instagram @Enter_The_Dark_Podcast   Buy us a coffee on CASHAPP - £enterthedark

Hello everyone! This week we discuss our latest (but not newest) favourite show—911 and how Chris binged two entire seasons in two days. Then Honda shares the… quite frankly odd tale of Herbert Mullin aka the Earthquake Killer. You’ll have to listen to the episode to find out why he earned that name—trust us, it’s for the oddest reason. Oh yeah, another famous serial killer (that we may or may not have covered already) makes an appearance in the end. After all, killers and spirits are just things… Hidden Among Us.

This week, Kat tells Logan the story of Herbert Mullin. A California born serial killer who confessed to killing 13 people to “prevent an earthquake” in the early 1970’s. Join us on Discord! https://discord.com/invite/aePpwx9

Herbert Mullin had everything going for him - he was smart, popular, and athletic. But when his best friend was killed in a car accident the summer after graduating high school, Mullin began to spiral. This traumatic incident is what many believe triggered his schizophrenia, which was then exacerbated by LSD and marijuana use. Mullin began hearing voices, including one from his father, telling him to kill because human sacrifices would be the only way to prevent a massive earthquake from devastating California. He would murder 13 people before he was eventually caught.Check out the Mask of Sanity Instagram (@maskofsanitythepodcast) and Twitter (@masksanitypod) for more updates on upcoming episodes. Don't forget to like the Mask of Sanity Facebook page and chat with other super fans about each week's episode! And please follow The Oracl3 Network on Twitter and Instagram @oracl3network. What's that you say? Do you want MORE Mask of Sanity?? Well, friends, you're in luck - check out the Mask of Sanity Patreon feed and subscribe today for lots of extras for the ULTIMATE true crime fan.PATREON: https://www.patreon.com/maskofsanityMERCH: http://tee.pub/lic/JWZVAalsypUMUSIC: https://www.purple-planet.comPROMO: VictimologyMask of Sanity is partnered with the ORACL3 Network. https://www.theoracl3network.com RESOURCEShttp://maamodt.asp.radford.edu/Psyc%20405/serial%20killers/Mullin,%20Herb.pdfhttps://murderpedia.org/male.M/m/mullin-herbert.htmhttps://allthatsinteresting.com/herbert-mullinhttps://earthquake.usgs.gov/earthquakes/events/1906calif/18april/https://www.emerald.com/insight/content/doi/10.1108/JCP-09-2018-0040/full/html#:~:text=The%20most%20common%20definition%20of,et%20al.%2C%201995).

Herbert Mullin killed thirteen people in California in the early 1970s but HE feels he had a good reason. Thankfully he was saving us all from epic natural disasters. We cover the case and explain his logic in this episode.