Lorraine Ball On How To Take Advantage Of User-Generated Content

There’s nothing more powerful than positive customer reviews to help build your business authority and credibility. But there are other types of user-generated content that are up for grabs out there, which can all be gathered in the most efficient and surprisingly simple ways. Entrepreneur, author, professional speaker, and host of More than a Few Words, Lorraine Ball, joins Juliet Clark to showcase her creative ideas, practical tips, and decades of real-world experience in their engaging conversation. Leaning on her experience as a business owner and former corporate executive, she explains how to collect content in a manner that will motivate your audience to action. They also talk about the right way to design a business website, as well as whether you should not let another person write your bio.Love the show? Subscribe, rate, review, and share!Here’s How »Join the Promote, Profit, Publish Community today:superbrandpublishing.comPromote, Profit, Publish on YouTubeFollow Juliet on LinkedInTake the Quiz!

#80 - Going All In On Your Business - Lorraine Ball

About my Guest: After spending too many years in Corporate America, Lorraine said goodbye to the bureaucracy, glass ceilings and bad coffee. Today you can find her at Roundpeg, a digital agency in Carmel, Indiana, building smart marketing strategies for businesses who want to use internet marketing tools to grow. Lorraine is also the host of More than a Few Words, a weekly, marketing conversation for business owners. In her spare time, she loves to travel, and take photos. You can see her photos at lorraineball.com What will be discussed on today’s show: Why you should burn the boats’ - Starting a business, you have to be willing to commit to the process as if you were sailing to an island and burning the boats, giving yourself no way back User-Generated Content - tapping into your community by asking for ideas, images, contest submissions and reviews to boost your brand The eyes of a child - how to bring creative thinking back into your life and your business. Promotions Membership in the Digital Toolbox. An online resource and training platform for small business owners. https://digitaltoolboxin.com/joinnow/ How to get hold of Lorraine: LinkedIn - www.linkedin.com/in/roundpeg/Facebook - www.facebook.com/groups/digitaltoolboxTwitter - www.twitter.com/lorraineballInstagram - www.instagram.com/lorrainefballWebsites - www.digitaltoolboxin.comwww.roundpeg.bizwww.morethanafewwords.com To find out more about Fearless Business: Join our amazing community of Coaches, Consultants and Freelancers on Facebook:&gt;&gt; https://facebook.com/groups/ChargeMore And check out the Fearless Business website:&gt;&gt; https://fearless.biz 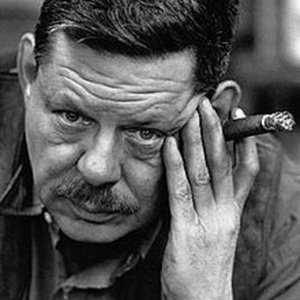 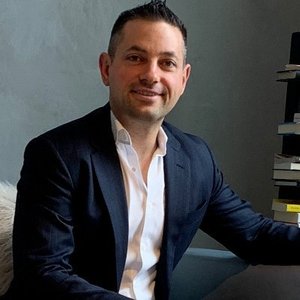 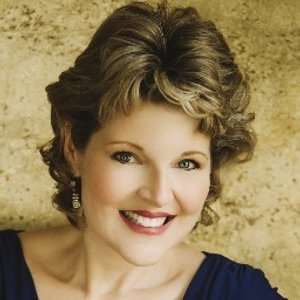 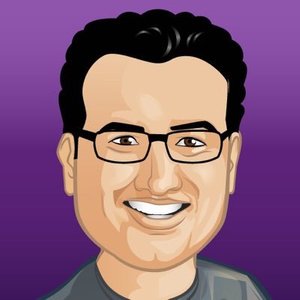 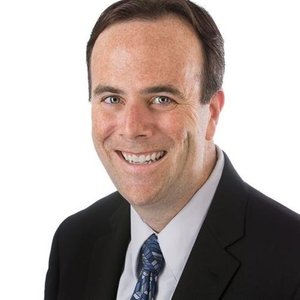 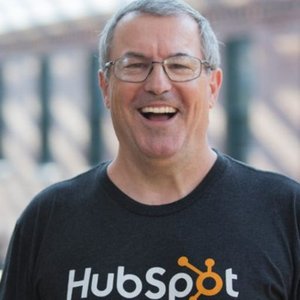 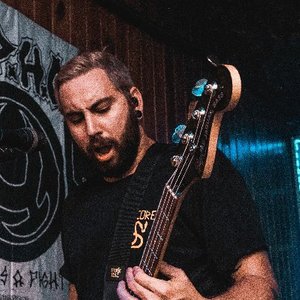 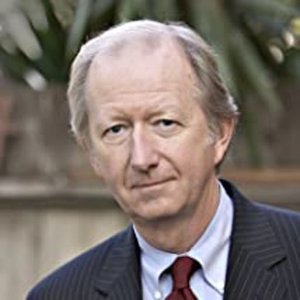 After spending too many years in Corporate America, Lorraine said goodbye to the bureaucracy, glass ceilings and bad coffee. Today you can find her teaching small business owners how to use internet marketing tools to grow and become big business owners through her podcast More than a Few Words, and the online DigitalToolbox community. Find out more at: https://digitaltoolboxin.com/joinnow/ Use this coupon code: MM21

Lorraine Ball, entrepreneur, author, professional speaker, and host of More than a Few Words podcast, joins us in this episode to talk about building your content authority to achieve positive results over time. Along with the valuable knowledge and practical tips she shares, Lorraine will also help us understand why patience and a mindset shift are such important factors to practice when creating content for your upcoming podcast. If you are up for the challenge to create long term gain for your business through content marketing, you’ll want to listen to this. Understanding the difference between inbound and outbound marketing and how it can help your business. The reason behind creators wanting immediate results from their released content. 2 kinds of content you can create for your business. The importance of knowing why you want a content marketing program. A sample time frame for yielding results from your content strategies. How to shift your mindset to work on content strategy in the long term. Learning how to commit to being consistent in publishing your content. Key tips for solopreneurs, especially in the health and wellness field, on building content for their personal brand or business. Is a podcasting platform right for your marketing as a solopreneur or service-based business? Links More Than a Few Words Podcast Website More Than a Few Words Facebook Lorraine Ball Twitter Lorraine Ball LinkedIn Related episodes: 3 Tips to Achieve Consistency With Your Content Creation Building an Audience Takes Time — How Long Should I Wait for My Show to Give Results 6 Lessons on Building an Audience in the Health and Wellness Industry, with Liz Moody

024: How To Keep Your Content Fresh, and Other Great Marketing Hacks, with Lorraine Ball

Marketing and Sales, Over Cocktails

"Headless Body Found in Topless Bar!"You kept reading didn't you?Well if you liked that, you'll love my latest episode of Marketing and Sales, Over Cocktails, as I interview long-time marketing guru and agency expert, LORRAINE BALL of Roundpeg, a digital marketing agency in Carmel, Indiana.After spending too many years in corporate America, Lorraine said goodbye to the bureaucracy, glass ceilings and bad coffee, and started Roundpeg close to 20 years ago.She's also the host of one of the longest-running marketing podcasts going, titled "More Than a Few Words," which is a weekly marketing conversation for business owners that lasts 10-12 info-packed minutes. So grab a pen and get ready for some great tips!What’s Inside:●       Email subject lines: how do you get people to open your emails?●       How to miss the mark with cultural references that don’t connect.●       Are you wondering if it’s time to start using videos in email?●       How to decide which blog posts to optimize. Mentioned in this Episode:MarketingandSalespodcast.comThe 7 Secrets to Selling More By Selling LessShoot me a question on Allanger.comLorraine Ball on LinkedInLorraine Ball’s websiteDigital ToolboxRound PegMore Than a Few Words podcast

Lorraine shares her experience with Google ads and why Landing pages are so important! www.digitaltoolboxin.com

Podcasts: Your Platform to Robust Marketing Success with Lorraine Ball

Next Up Nation ‪- The Secrets to a Profitable and Popular Podcast

Tiffany interviews Lorraine Ball, with 10+ years of experience at Indiana digital marketing agency Roundpeg, to discuss how casting off the shackles of corporate America led to over five hundred episodes and thousands of pages of online content. Lorraine is a bonafide pioneer of podcasts, starting off recording simple conversations with friends in the late nineties before building an empire full of conversations with other business experts, entrepreneurs and authors. From Middle East to Marketing After graduating college, Lorraine utilized her ability to speak Hebrew to teach English to young children in Israel before moving back to the US, starting a corporate career, then moving on to work at digital marketing agency, Roundpeg, in Indiana. At Roundpeg, she built a range of smart strategies in digital marketing for businesses looking to use the internet to grow. She humbly admits to being an early day pioneer in the world of podcasts. One of these strategies manifested in “More Than a Few Words”, Lorraine’s stop and chat podcast which has been running for over a decade. Episode formats range from short-form to 30-minute plus live episodes, incorporating call-ins and live Twitter feeds. Her range of skills and knowledge when it comes to digital marketing is varied, and has certainly been successfully tried and tested. “More Than a Few Words” is the perfect example of one of these strategies. Lorraine's real-world experience sets her apart from other competitors, as well as her decades of experience as an author, professional speaker and businesswoman in a wide range of contexts and environments. Her willingness and enthusiasm to share her knowledge, whilst maintaining an appetite to continue to grow and learn has seen Lorraine make waves in the global digital marketing industry. About Next Up Nation Anyone can record podcasts, but generating revenue and building a huge following is so much more fun than limping along.Host Tiffany Youngren interviews podcasting experts, industry leaders, and podcasters in the trenches. You get extremely valuable tips, entertaining stories, and real conversations with experts and fellow podcasters you'll be happy to get to know. If you want to grow a successful, profitable podcast that you enjoy, you'll love this show. Content like we like it - EPISODES ARE BINGE DROPPED every 2 months: - Chapter 1 (Episodes 1-12) are "Paths to Success," as you find amazing insight from highly successful experts. - Chapter 2 (Episodes 13-24) are "Real Stories," and you'll hear from podcasters in the trenches. CHAPTER 2 DROPS DECEMBER, 2020: Watch our social media #NextUpNation for release information Shout Out to Our Podcasters! Grab our free guide "101 Pieces and Places with a Single Episode" to get ideas on how to get your podcast all across the internet. http://omh.agency/101pieces

Corporate America isn’t for everyone with: Lorraine Ball

Today’s Corporate America culture isn’t for everyone. Especially, those who have a knack for creativity, and helping others chart their own path to glory. Lorraine Ball drew tired of the demands of the corporate life, and said sayonara to the bureaucracy, glass ceilings and bad coffee. Today she stays busy at Roundpeg, a digital agency in Carmel, Indiana, building smart marketing strategies for businesses who want to use internet marketing tools to grow. Lorraine is also the host of More than a Few Words, a marketing conversation for business owners. And the founder of the Digital Toolbox, and online community for small business owners. In her spare time, she loves to travel, and take photos. You can see her photos at lorraineball.com She joined me this week to break bread on her time dealing with the corporate elites and how she pivoted to a more rewarding lifestyle as her own boss. To learn more about Roundpeg or to keep up with Lorraine on social media visit: https://roundpeg.biz/ https://twitter.com/roundpeg https://www.facebook.com/RoundpegIndy https://morethanafewwords.com/sam-moss-five-common-web-mistakes/ https://morethanafewwords.com/491-web-performance-review/ https://trafficandleadspodcast.com/personalized-marketing-strategy/ https://podcasts.apple.com/us/podcast/all-about-digital-marketing-podcast/id1474392009

61: Four Strategies for Marketing Your Business on a Budget w/ Lorraine Ball

We are bombarded from every angle with marketing companies telling us they can create content for us to promote our business with. Maybe its a slick new video, a fresh blog post or maybe even a pre-written script to post on social media.  Today on Small Business Made Simple, you will learn how to create marketing material without paying hundreds of dollars per month to a "pro." Believe it or not, your customers will create the content for you.  Want to know how? Be sure to listen to this weeks episode with Lorraine Ball, the Owner of RoundPeg. She shares how you can get creative with user-based content enabling you to market your business without breaking the bank! Does your business need a professional website? Visit: www.1clickagency.com Connect with me on social media. I'd love to hear from you! LinkedIn: https://www.linkedin.com/in/sam1ca/ Instagram: @sbmspodcast Together by STEAM PHUNK https://soundcloud.com/steamphunk Creative Commons — Attribution 3.0 Unported— CC BY 3.0 http://creativecommons.org/licenses/b... Music provided by Music for Creators https://youtu.be/ya66qIxZQVw