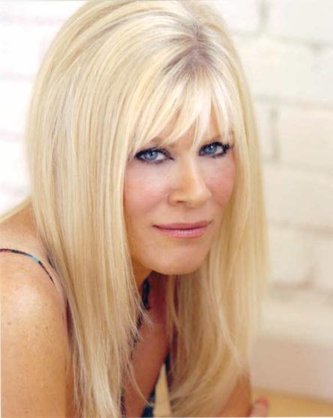 Today's Guest: Ilene Kristen, actress One Life to Live   Actress Ilene Kristen If you’re on an airplane in the coming weeks and see Ilene Kristen engrossed in a bright and shiny new iPad, blame me. Kristen, who has starred on ABC’s "One Life to Live" as “Roxanne Balsom” since 2001, already has an iPhone. Last night, when we did a late night Skype video chat to test the connection and increase her comfort level with the program, she told me about all the things that she would use the iPad for. But she couldn’t make up her mind whether she actually needed one. ILENE KRISTEN podcast excerpt: "I'm going to work next week and it's rather odd; I have no idea where Roxy has been, except maybe in a motel room with this young dentist. It's a little disconcerting that I'm not there and haven't been told why I'm not there. I had a major storyline and the next thing I knew, it disappeared." Actress Ilene Kristen I told her that it sounded to me like she had already pictured herself with one, the real question was why she was delaying the trip to the Apple Store to pick hers up. Anyway, I discovered last night what a delightful woman Ilene is and I’m excited to share the experience with you. But before I bring our guest on, let me tell you that in addition to watching Ilene Kristen every afternoon on "One Life to Live," you can experience a very different side of her as a sexy, sultry singer by going to either the Triad nightclub in Manhattan @ 158 West 72nd Street on August 18 to see her as a celebrity guest for “Erotic Broadway” or, if you’re in Los Angeles, find her at the Room 5 Lounge @ 143 N. La Brea Avenue on August 28 @ 9 PM. Room 5 is located just above Adam Carolla's Amalfi Ristorante &amp; Bar. If you go, tell Adam “Hello” from Mr. Media! A little later in the show, we’ll have a clip of Ilene singing at the Triad. If you haven’t seen her in action and only know her as Roxanne, be prepared to be blown away. Ilene Kristen Website • Twitter •  Facebook The Millionaire's Convenient Arrangementby Jane Peden. Order your copy today by clicking on the book cover above!     The Party Authority in New Jersey, Pennsylvania, Delaware and Maryland!