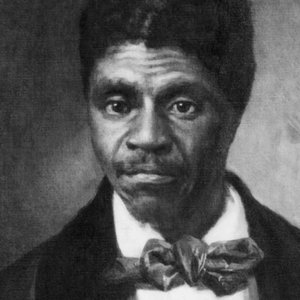 What The Dred Scott Decision Did To Us

Black Man With A Gun

In this episode, The Dred Scott Decision, We need to band together BlanchardNetwork.com What's Going On with Kenn, https://gofund.me/a098f55b Before the Civil War ended, State "Slave Codes" prohibited slaves from owning guns. After President Lincoln issued the Emancipation Proclamation in 1863, and after the Thirteenth Amendment to the U.S. Constitution abolishing slavery was adopted and the Civil War ended in 1865, States persisted in prohibiting blacks, now freemen, from owning guns under laws renamed "Black Codes." They did so on the basis that blacks were not citizens, and thus did not have the same rights, including the right to keep and bear arms protected in the Second Amendment to the U.S. Constitution, as whites. This view was specifically articulated by the U.S. Supreme Court in its infamous 1857 decision in Dred Scott v. Sandford to uphold slavery.  Dred Scott, a slave born in Virginia, was purchased by John Emerson in Missouri in 1820. Emerson then traveled with Scott to Fort Armstrong, Illinois and from there to Fort Snelling, Wisconsin. Both Illinois and Wisconsin prohibited slavery. Scott and his wife stayed in Wisconsin when Emerson returned to Missouri. Since Emerson leased their services to other white people in Wisconsin, he violated the Missouri Compromise as well as other laws against slavery in that region.  When Emerson moved to Louisiana, Scott and his wife joined them. Their daughter was born in a steamboat on the Mississippi River, which technically made her a free person because she was born in free territory. Emerson soon returned to Wisconsin, but his wife took Scott and his wife back to Missouri when Scott served in the Seminole War. Emerson ultimately died in Iowa, and his widow inherited Scott, whose services she continued to lease to others. Emerson's widow rejected an attempt by Scott to buy his family's freedom, which led to legal action. Scott argued that his wife and he were legally emancipated because of their residence in free territories. Missouri courts had ruled in favor of similarly positioned slaves, but his case was initially dismissed on a minor procedural ground. Eventually, the jury did rule in his favor, but Emerson's widow appealed. She had moved to Massachusetts by then and given Scott to her brother, John F.A. Sandford. Upon appeal, the Missouri Supreme Court reversed earlier decisions in this area and ruled that Scott was not required to be emancipated because he had failed to sue for his freedom when he was living in a free state. When Sandford moved to New York, Scott resumed his legal action there in federal court, since diversity jurisdiction applied.  On March 6, 1857, in the case of Dred Scott v. John Sanford, United States Supreme Court Chief Justice Roger B. Taney ruled that African Americans were not and could not be citizens. Taney wrote that the Founders' words in the Declaration of Independence, “all men were created equal,” were never intended to apply to blacks. Blacks could not vote, travel, or even fall in love and marry of their own free will — rights granted, according to the Declaration, by God to all. It was the culmination of ten years of court battles — Dred Scott's fight to live and be recognized as a free man. The High Court's decision went even further, declaring laws that restricted slavery in new states or sought to keep a balance between free and slave states, such as the Missouri Compromise, were unconstitutional. In essence, Black Americans, regardless of where they lived, were believed to be nothing more than commodities. The Taney court was dominated by pro-slavery judges from the South. Of the nine, seven judges had been appointed by pro-slavery Presidents — five, in fact, came from slave-holding families. The decision was viewed by many as a victory for the Southern “Slavocracy,” and a symbol of the power the South had over the highest court. The dramatic ripple effect of Dred Scott — a ruling historians widely agree was one of the worst racially-based decisions ever handed down by the United States Supreme Court — reached across the states and territories. It sent shivers through the North and the free African-American community. Technically, no black was free of re-enslavement. Justice delayed is justice denied" is a legal maxim. It means that if legal redress or equitable relief to an injured party is available, but is not forthcoming in a timely fashion, it is effectively the same as having no remedy at all. Woodie Guthrie - Nobody living can ever stop me,  As I go walking that freedom highway;  Nobody living can ever make me turn back  This land was made for you and me. Check out  https://www.blanchardnetwork.com/show/guns-cornbread GoFundme - https://gofund.me/a098f55b Patreon.com/blackmanwithagun

We recently partnered with UNA to bring their The Sourcing Hero podcast into the Art of Procurement stable.  The Sourcing Hero is a weekly 20-30 minute podcast that captures the stories of people who are rising up and beating the odds to create exceptional value within procurement, and is hosted by Art of Procurement General Manager, Kelly Barner.   Today marks the launch of Season 2 of the podcast, and the first of our collaboration with UNA, and we’re going to run the episode in full in the AOP feed. --- Learning to Recognize Heroes feat. Dr. Dred Scott and Anthony Clervi Over the last year, most of us have expanded our concept of what it means to be a hero. From teachers to truck drivers, and grocery store workers to hospital staff, we have plenty of community members to look up to. We’ve also learned that anyone, anywhere, in any role has the opportunity to be a hero to the people around them every day - whether it is in their job description or not. In this very special episode of The Sourcing Hero podcast, Host Kelly Barner welcomes Dr. Dred Scott, President of the Boys &amp; Girls Club of Greater Kansas City, and Anthony Clervi, Principal at Una, to talk about the importance of heroism in all its forms. The Boys &amp; Girls Clubs of Greater Kansas City has been helping at-risk youth for over 100 years. While much has changed during that time, heroes have always been present - sometimes in the form of the adults working at the club, and other times in the children themselves. 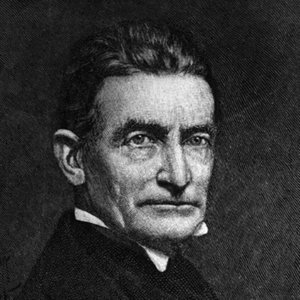 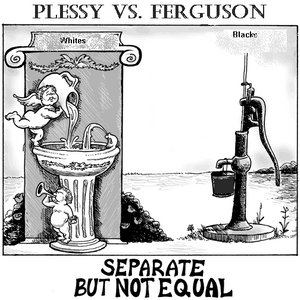 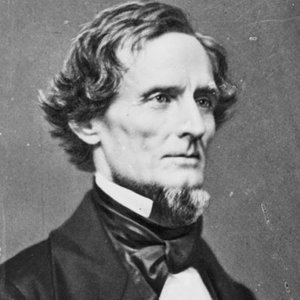 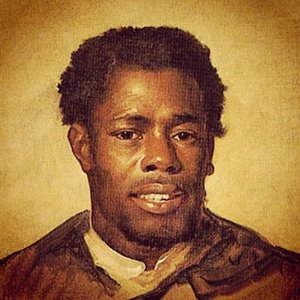 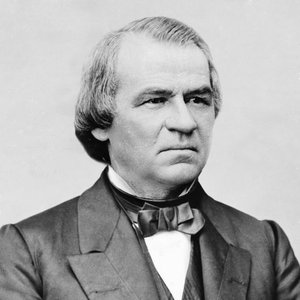 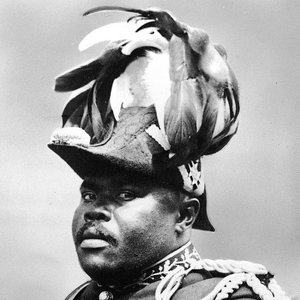 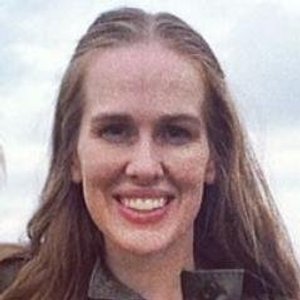 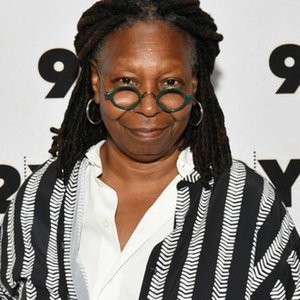 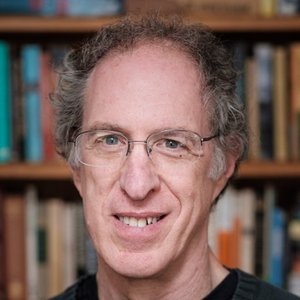 Today's episode delves into the details of white women's involvement in the markets where enslaved humans were bought and sold, and how very, very much these women knew and participated in this commerce. We also get into the details you never learned about in the Dred Scott Supreme Court case. You might remember that this case determined the Constitution never meant for Black people to be citizens, regardless of their status as enslaved or free (in which case you remember more than Mandy), but you most likely didn't know there was a white woman behind the whole dirty deal!

In 1846, Dred and Harriet Scott were living in St. Louis, Missouri with their two daughters. They were enslaved and launched a not uncommon petition: a lawsuit for their freedom. Eleven years later Chief Justice Roger B. Taney would issue an opinion on their case that not only refused their freedom but attempted to cement the fate of all Black individuals in the United States. Taney would ultimately fail and the Reconstruction Amendments would dash Taney’s opinion in Dred Scott v Sandford, but not before the case was forever cast as a Supreme Court decision gone wrong. The Scotts’ great great granddaughter, Lynne Jackson, is joined by Chief Judge John R. Tunheim of the U.S. District Court of Minnesota to tell the story of the Scotts and their case.

(Where Are GRCAM Members Why We Need GRCAI of Chicago In The Black Community & Dred Scott 2.0 Pt.1)

Help Stop The Genocide In American Ghettos Podcast is a platform for ordinary law abiding citizens from Emmanuel Barbee friends list and from his social groups who are emerging artists, allied healthcare professionals, church leaders, and upcoming entrepreneurs to promote their products and services to people from the podcast community. This no holds-barred talk show focus on promoting grassroots advocacy, business, finance, health, community-based solutions, employment and Christianity which speaks to the interests of our listeners. Broadcasting on multiple social networks throughout the United States and around the globe. This show will provide insight on how our creative abilities can be used to create tangible change in our communities. These are not just online groups for me to sell my book but rather groups for us to build our own network so we can support one another.

Roger B. Taney was Chief Justice of the Supreme Court who ruled on the Dred Scott case in 1857 which hastened the nation into Civil War. He was a slaveholder and DEMOCRAT who wrote in his decision regarding Dred Scott (who was suing his master for his freedom) and other Afro-Americans claiming they, "are not included, and were not intended to be included, under the word 'citizens' in the Constitution, and can therefore claim none of the rights and privileges which that instrument provides for and secures to citizens of the United States."  Roger B. Taney was an overt Racist and maintained his post in the Supreme Court during the Civil War while opposing Abraham Lincoln's policies throughout until his death in 1864 (after 30 years are Chief Justice of the Supreme Court). His singular actions led to the Civil War in which over 600,000 Americans perished. These egregious offenses make Roger B. Taney an Anti-Hoss. The Eagle Hoss &amp; Hound podcast is a platform for respect. Respect for the Eagle - the individual with a service background (including spouses). Respect for the Hoss - the Social Integrity Hero from our American past. Plus, the Hound - the common #AmericanMutt - you and me. Follow @EagleIMBUED - J.D. Collier

Prelude to Reconstruction - Fugitive Slave Act of 1850 through Dred Scott

How to Build a Nation in 15 Weeks

In the wake of Prigg, Congress passes its worst law. Abolitionists debate whether the Constitution is pro-slavery, anti-slavery, or neutral. For love of a railroad, Stephen Douglas blows up the Missouri Compromise, and a preview of the Civil War breaks out in Kansas. The Republican Party coalesces out of disparate opponents to the Democratic Party’s increasingly aggressive stance on slavery. The Supreme Court issues its worst decision. Participants: Harry Sandick, Jon Hatch, Leigh Barnwell

Untold Stories: The Cases That Shaped the Civil Rights Movement

This episode looks at the infamous Dred Scott v. Sanford (1857) case. Dred Scott sued for his freedom claiming that he was free after his master brought him to free terrirotry. His case went all the way up to the US Supreme Court and led to one of the most egregious rulings on race in the court's history. Listed below are the names of the books referred to in the video, as well as a link to the article mentioned.Book:1. Mrs. Dred Scott -- by Lea VanderVelde2. Redemption Songs: Suing for Freedom Before Dred Scott -- by Lea VanderVeldeArticle:http://www.palookesworld.com/the-codification-of-fear-the-law-during-slavery/Twitter: @plaookesworldInstagram: @palookesworldwww.palookesworld.comYouTube: https://www.youtube.com/channel/UCvWkh1FxD-EbUQRAxmou37Q