Christopher Kennedy joined the Marines as a communications officer, and almost by accident wound up in cybersecurity. Cybersecurity was still a nascent industry then, but the experience served him well over his career. He’s worked in high profile cybersecurity gigs across multiple vertical markets, including government and finance, and also in organizations big and small, with companies like AttackIQ and Northrup Grumman. Today he’s a senior cybersecurity executive at a large financial institution While we’ve covered cybersecurity a couple times on the show, there is opportunity here because it’s a growing sector. And Chris has a truly unique background and a lot of stories, so I think listeners will enjoy it. Links: • Connect with Chris on LinkedIn • DoD SkillBridge Program • Defense contractor Northrup Grumman on transitioning veterans

A "food desert" is an area that has limited access to affordable and nutritious food, and the designation considers both the type and quality of food available, as well as the accessibility of the food through the size and proximity of the food stores. In 2010, the United States Department of Agriculture reported that 23.5 million people in the U.S. lived in food deserts, meaning that they live more than one mile from a supermarket in urban or suburban areas and more than 10 miles from a supermarket in rural areas. Food deserts tend to be inhabited by lower-income residents with reduced mobility, making them a less attractive market for large supermarket chains and available foods are often of the highly processed type, high in sugars and fats, which are known contributors to the proliferation of obesity and other chronic diseases. It’s estimated that the contribution of food deserts to healthcare costs in the U.S. is over $70 billion annually. Top Box Foods is a non-profit, community-based, social business, with an innovative model of getting healthy and affordable grocery boxes to food-insecure neighborhoods, creating year round access to fresh fruits, vegetables, and proteins, in communities in Chicago, and Lake County, IL, as well as in New Orleans, LA. Mr. Christopher Kennedy, along with his wife Sheila Kennedy, is a co-founder of Top Box Foods. In addition to Top Box Foods, Mr. Kennedy is Chairman of the Board of Trustees of Joseph P. Kennedy Enterprises, Inc., treasurer of the Joseph P. Kennedy Jr. Foundation, serves on the public boards of Interface, Inc., and Knoll Inc., and is a trustee for the Marine Biological Laboratory at University of Chicago. Mr. Kennedy earned his BA from Boston College and his MBA from the Kellogg Graduate School of Management at Northwestern University, where he serves on their Global Advisory Board. Mr. Kennedy has also served as Chair of the Board of Trustees for the University of Illinois, and president of Merchandise Mart Properties, a commercial property management firm based in Chicago. Mr. Kennedy is one of the children of Ethel Kennedy and the late U.S. Senator Robert F. Kennedy. 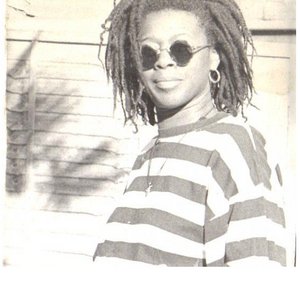 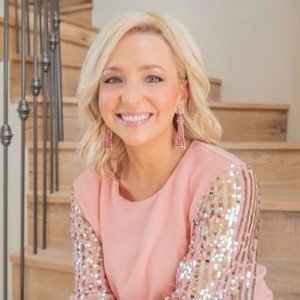 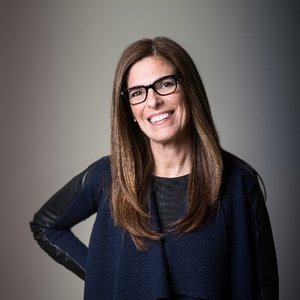 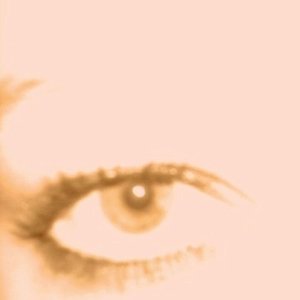 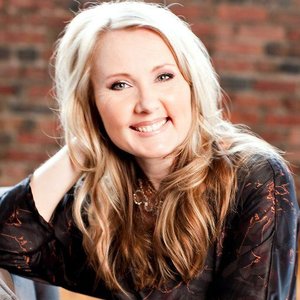 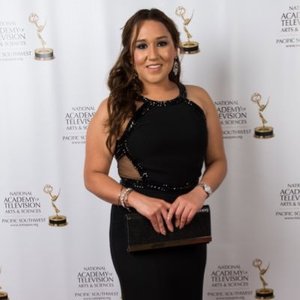 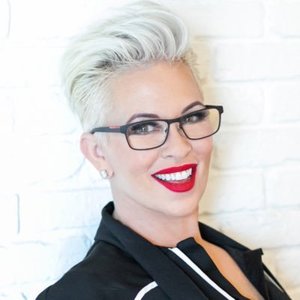 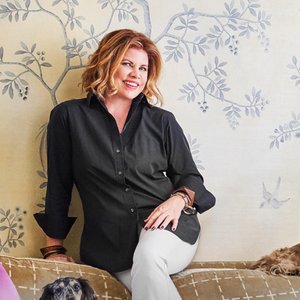 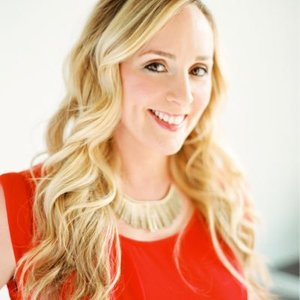 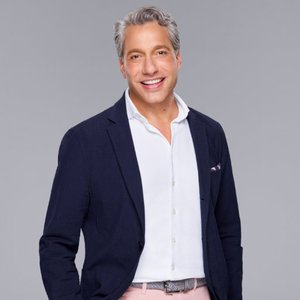 In this episode, Christopher Kennedy, President at Elixell Therapeutics, discusses how his company is committed to working on stem cell expansion and its potentials in healthcare https://outcomesrocket.health/elixell/2020/03/

In this episode, Christopher Kennedy, President at Elixell Therapeutics, discusses how his company is committed to working on stem cell expansion and its potentials in healthcare  https://outcomesrocket.health/elixell/2020/03/

Design houses are one of the elements unique to interior design and architecture. It’s like our version of the runway show in fashion, or the car show in the auto industry. Christopher Kennedy has become quite adept at ideating the design house and executing them. Christopher is a regular fixture in Palm Springs during Modernism Week and you have heard about some of those here on the podcast and even seen some of the interviews on our YouTube channel.  As a side note, before I started the podcast, I produced a design house in Hollywood I called Small Space, Big Style and Christopher was a featured designer on the project. He masterfully designed a 70’s inspired living room and was an absolute pleasure to work with. So when I heard that Christopher was creating a design house in Central California, I really wanted to cover it for you. I had another idea at the time, I wanted to assign this project to someone who could cover its from a designer’s perspective so I reached out good friend, previous guest and fabulous design talent, Nancy Russert of Les Beaux and Twist Custom to go and see this project. She did, and in the process, created what is really a travel journal to the Central California Valley City of Turlock, definitely NOT a hotbed of design to see this project. Convo By Design is presented by Walker Zanger….A fantastic company and an equally dependable design partner.  While the Walker Zanger brand was built on the promise to inspire designers and architects to do their best work, there is far more to it than that. Yes, that promise is fulfilled everyday through a commitment to provide the best ceramic, glass, stone, porcelain, quartz and concrete surfaces and finishes but at the heart of this is a family owned and operated business that provides stunning surfaces for a well designed home. Walker Zanger started in 1952 and they are absolutely one of the best trade partners a designer can have. Check out their newest collaborative line with designer Pietta Donovan. A collection of Cement and Ceramic tiles inspired by the the patterns and colorways of the 1970’s and created with a comfortable modernity. Walker Zanger is on the cutting edge of design featuring products for every style and architectural feel you can create and they provide homeowners with the materials that dream kitchens and baths are made of. Check out any of their 14 showrooms across the country or shop online, Walker Zanger dot com. This is Nancy Russert starting off where most good travel stories begin, the airport. #Design #Interiors #MidCenturyModern #NancyRussert

VBB 85 VIRGIN.BEAUTY.B!TCH ~ Origin of the Man-Made Woman The Book by Christopher Kennedy

The Podcast that grew up to be a book. VIRGIN.BEAUTY.B!TCH ~ Origin of the Man-Made Woman, written by show host Chris Kennedy. The Man-Made woman, who is she, is she you?

Epi 29 - Are you the Virgin, Beauty or Bitch - Christopher Kennedy

How ingrained are ideas behind virginity, beauty and the stereotype bitch?After today's discussion, you may question what you thought about these archetypes. Christopher Kennedy opens up the dialogue around how they are still so prevelent in our society today, how to become more aware of them and how to move out of them. It left me wondering what we are still teaching our children and how this affects them as adults.Is the moral compass meant to evolve?Christopher Kennedy didn’t set out to be an “author.” A man who speaks from the heart and advocates for women. The world needs women with their pride, dignity, and grace intact. We discuss how women became Man-Made without their consent, and most disturbing, without even their awareness.Virgin, Beauty, Bitch the book comes out Nov 4, 2019 on Amazon.com and amazon.caJoin Christopher and Heather on their podcasthttp://www.virginbeautybitch.com/podcasthttp://www.virginbeautybitch.com

"The Decorhater is in! Christopher Kennedy Show House Opens in Turlock" 9/21/2019

Real Estate Jerky Radio Show broadcasted on 9/21/2019. On today's show, we looked at the inside of a home through the eyes of renowned interior designer, Keith Fortner, not just any interior design. But interior design that benefits an entire community of Turlock. The Christopher Kennedy Design Showhouse Event. All proceeds benefit Jessica House, Salvation Army and Covenantcare at Home Hospice.

The Design You Podcast

Christopher is an interior designer who successfully spearheads The Christopher Kennedy Compound, he is the author of two books, runs his retail shop in Palm Springs, and the list goes on. He's sharing so many truth bombs about our industry and nuggets of information. I know all of you have so many questions, ranging from the ins and outs of running show houses, licensing, writing a book, having product lines, and this conversation will give you the perfect insight into the industry. Get full show notes and more information here: https://tobifairley.com/65

The Design You Podcast

Christopher is an interior designer who successfully spearheads The Christopher Kennedy Compound, he is the author of two books, runs his retail shop in Palm Springs, and the list goes on. He's sharing so many truth bombs about our industry and nuggets of information. I know all of you have so many questions, ranging from the ins and outs of running show houses, licensing, writing a book, having product lines, and this conversation will give you the perfect insight into the industry. Get full show notes and more information here: https://tobifairley.com/65