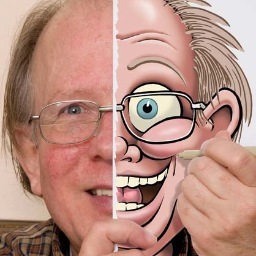 Mike Dawson &amp; Zack Soto are back with the final episode of 2019, talking about Howard Cruse, Stuck Rubber Baby, creative constraints, dense pages, classical patronage, Eastman &amp; Laird, TMNT, Tundra &amp; The Xeric Foundation, and people who phase “upwards” out of comics into being rich &amp; busy (instead of quitting in futility like we always assumed we would). Process Party is a podcast about comic books as an art form, industry, and vocation—from the perspective of two working cartoonists.

In pt. 5 of my Countdown to DINK, we hear from Underground Comix pioneers, Denis Kitchen and Howard Cruse, about the underground comics movement of the 1970s, how comics censorship during the 1950s affected their childhoods, and what they think of protest these days. This interview is from DINK 2018, and was conducted by author Jason Heller.

Today's Guest: Howard Cruse, cartoonist, Stuck Rubber Baby I met cartoonist Howard Cruse in March 2004 at the Ringling School of Art and Design in Sarasota, Florida. He was one of the featured guests at the college’s “Comics Summit on Diversity,” an event that included Mary GrandPre, illustrator of the Harry Potter novels and American master Will Eisner, whose biography I was just finishing at the time. Howard and I had corresponded a few times via email at that point as part of my research. To be honest, I only knew him as a cartoonist; I don’t recall connecting that he was attending this event as a gay cartoonist. I just knew that Eisner held him in high esteem—as did the teaching staff at the school—and that was good enough for me. Since then, I’ve learned more about what an important role Howard played over the years as both a cartoonist with a strong social voice and as a gay advocate. He illustrated his own coming out over the years in his comics and no doubt gave other young men strength in their own decisions to take pride in their identities as well. HOWARD CRUSE podcast excerpt: "Everyone in my personal life knew (I was gay), but I was worried about sacrificing my cartooning career. And yet I recognized the need for getting rid of the secrecy of this."  Howard’s work has been everywhere from Playboy and Starlog magazine to The Advocate. He was the founding editor of Gay Comix, started by our mutual friend, Denis Kitchen. His groundbreaking graphic novel, Stuck Rubber Baby, won numerous awards including an Eisner and a Harvey. The occasion of our conversation today is the publication of his latest book, From Headrack to Claude: Collected Gay Comix by Howard Cruse. Howard Cruse Website • Facebook • Blog • Order The Other Sides of Howard Cruse from Amazon.com Order 'Stuck Rubber Baby' by Howard Cruse, available from Amazon.com by clicking on the book cover above! You might also enjoy these more recent Mr. Media® video interviews with cartoonist Howard Cruse!           Order Will Eisner: A Spirited Life (2nd Edition) by Bob Andelman, available from Amazon.com by clicking on the book cover above!   The Party Authority in New Jersey, Pennsylvania, Delaware and Maryland!