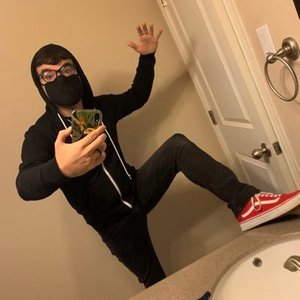 The Nats ended all sorts of losing streaks by beating Philadelphia 9-3 as they had lost eight in a row overall, twelve straight to the Phillies, and thirteen consecutive against NL East foes. Mark &amp; Al tip their caps to Jackson Tetreault who earned his first career victory in only his second career start. Will he get another Major League start?(09:15) Juan Soto capped a frustrating week on a positive note with a crucial three run homer, his 14th of the season. The forgettable home stand included banging his knee against the dugout, being called out for not 100% hustling down the line, and multiple hit-less games. He currently leadx the Majors with 55 walks on the season, nine higher than Kyle Schwarber.(21:08) We analyze the two errors the Nationals committed on Sunday. Lane Thomas could not make a grab in CF and Keibert Ruiz made a poor throw while attempting the back pick play that is becoming his signature move. Are teams becoming wise to his tendency?(35:08) We continue our budding Juneteenth tradition of celebrating an all-time great Homestead Gray. Ray Brown was a superb pitcher who pitched for the Grays in the 30's and 40's and we hear tales of his exploits from Bob Kendrick. Bob is the President of the Negro Leagues Baseball Museum in Kansas City. Learn more about your ad choices. Visit podcastchoices.com/adchoices

172: The Business Gap in Architecture with Ray Brown

This week on Business of Architecture UK, we are welcoming business coach and entrepreneur, Ray Brown. Ray has worked at CEO-levels across six companies and was selected to join the international business coaching organization, Shirlaws Group. Knowing there was a significant gap in architects not being educated on how to run a practice, Ray co-founded Archibiz, where they offer business mentoring &amp; education for architects. Ray's passion is helping business owners to realize their personal potential and that of their organization. THIS WEEK'S RESOURCES Access your free training at http://SmartPracticeMethod.com/ If you want to speak directly to our advisors, book a call at https://www.businessofarchitecture.com/call/ Ray's LinkedIn: https://www.linkedin.com/in/raybrownceomentor/ Ray's Website: https://www.archibiz.com.au/ 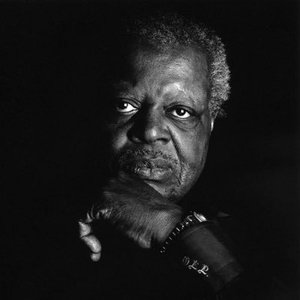 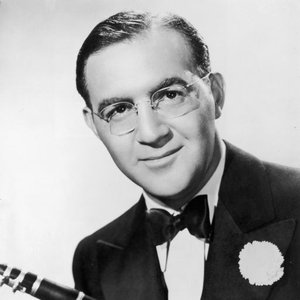 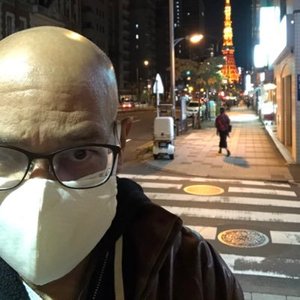 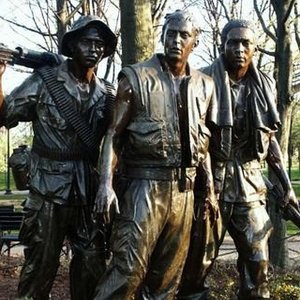 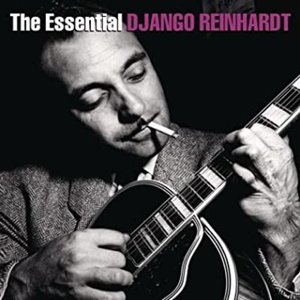 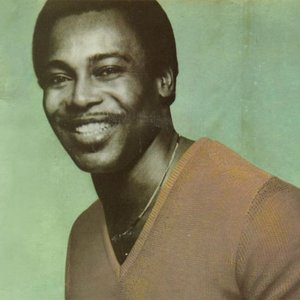 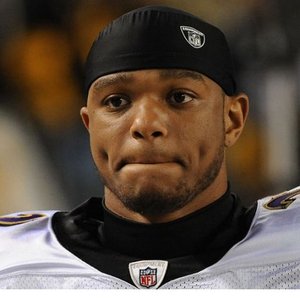 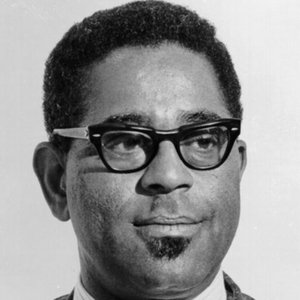 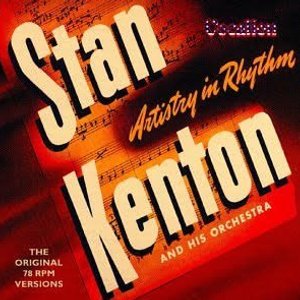 Ken's first boss in college admission, Ray Brown, joins the show to swap stories about leadership, team development, and baseball. Ray is the chief enrollment officer at St. Joseph's College of Maine, having served previously as dean of admission at TCU and Marquette and director of admission at Lawrence University. Ray also happens to be a human baseball encyclopedia, and shares the three games he most would have liked to attend throughout history, including one with a surprise ending.Shout-outs to Bob Preloger, Fred Schebor, Steve Syverson, Duncan Murdoch, Heath Einstein and Mike Marshall.Rapid DescentWalkout song:  Born to Run by Bruce SpringsteenBest recent read: The Baseball 100 by Joe PosnanskiEager to read next: The Boys of Summer by Roger Kahn and How to be an Antiracist by Ibram X. KendiFavorite podcast: This one (check's in the mail, Ray).Favorite thing to make in the kitchen: BupkisWhat he uses to take and keep notes: Pen and paper. Memorable bit of advice: "Do not judge your insides by other people's outsides."Bucket list: Trip to the Holy Land. Theme music arranged by Ryan Anselment.

Business Coaching for Architects Ray is the Co-Founder and Chief Mentor at Archibiz, which provides business education and consultancy services to architectural practices globally. Through courses, coaching and other business advisory services, Archibiz helps archtects fill in the gaps in their business education so they can lead more profitable and sustainable practices. Since June 2019, Ray has been leading Archibiz’s signature Designing Architectural Practice Success (DAPS) Course and most recently, Practice Improvement Formula Course. He provides coaching and mentoring to a number of architectural practices globally and is the former Chair of the Board of social data firm, Neighbourlytics. Prior to Archibiz, Ray worked as a business coach and entrepreneur in the UK, South Africa and the US. He operated at CEO level for over 25 years before relocating to Australia in 2005. Ray's passion is helping business owners to realize their personal potential and that of their organization. This week at EntreArchitect Podcast, Business Coaching for Architects with Ray Brown. Connect with Ray online at Archibiz, check out their courses, and find her on Instagram, Facebook, and LinkedIn. Please visit Our Platform Sponsors ARCAT is the online resource delivering quality building material information, CAD details, BIM, Specs, and more… all for free. Visit ARCAT now and subscribe to ARCATECT Weekly and ARCATAlert. Freshbooks is the all in one bookkeeping software that can save your small architecture firm both time and money by simplifying the hard parts of running your own business. Try Freshbooks for 30 days for FREE at EntreArchitect.com/Freshbooks. Visit our Platform Sponsors today and thank them for supporting YOU… The EntreArchitect Community of small firm architects. The post EA444: Ray Brown – Business Coaching for Architects appeared first on EntreArchitect // Small Firm Entrepreneur Architects.

354 - George Fludas: A Lifetime of Chicago Jazz, Playing in The Ray Brown Trio, The Alchemy of Sound and Feel from Bonham to Blakey

Chicago drummer George Fludas was born in Chicago on October 10, 1966. He was inspired to play drums by his father, who was also a drummer, and who exposed him to great jazz drummers such as Art Blakey, Max Roach, and "Philly" Joe Jones.He has played with many stellar musicians such as Lou Donaldson, Kenny Burrell, Betty Carter, Benny Green, Roy Hargrove, Hank Jones, Cedar Walton, Diana Krall, Benny Carter, Phil Woods, and Bobby Hutcherson. George has performed at numerous jazz venues in the U.S. such as the Jazz Showcase in Chicago, Yoshi’s in Oakland, the Blue Note, Village Vanguard, Smoke and the Jazz Standard in New York and Catalina's in Hollywood, as well as many international Jazz Festivals, including Montreal Festival du Jazz, Bern Jazz Fest in Switzerland, and Glasgow and Edinburgh Jazz Fests. He toured Europe and Japan extensively as a member of Ray Brown's Trio, and with groups led by Hank Jones, Diana Krall, Monty Alexander, Cedar Walton and Joey Defrancesco. He can be heard on numerous recordings as a sideman with Ray Brown, Eric Alexander, Monty Alexander, Bobby Broom, Lin Halliday and The Chicago Jazz Orchestra.In this episode, George talks about: What makes a successful jazz club His experience playing with the iconic Ray Brown trio How Bonham influenced him, and what Bonham had in common with some jazz drumming icons How the synthesis of sound and feel should be included in the definition of "technique" How the Chicago scene shaped him as a player and the musical element that is prevalent in Chicago jazz How the trends of remote recording and sample packs are working their way into jazz

"What I Love About...Ray Brown" - with Alejandro Arenas

The Hump With Katie Thiroux

The Hump is PUMPED to present a  special episode this week honoring the birthday of bass legend, Ray Brown! Enjoy clips from Christian McBride, Larry Grenedier, John Clayton and more as they remember and share stories about Ray Brown. Tune in to find out why this episode is called, "'Nuff Said!" 💥Did you know...➡️ Ray Brown grew up in ?➡️ Ray Brown started playing with Dizzy Gillespie in the early 40s because of Hank Jones 💯➡️ Ray Brown was at one time manager to Quincy Jones and Modern Jazz Quartet?😲 ➡️ Ray Brown helped to promote women musicians and mentored people like Krisitn Korb, Holly Hofmann and Regina Carter 🌟💪Check out Ray!SpotifyYouTubeiTunesWe'd like to thank our sponsors for today's show!👉 Jams World This clothing company is based in Honolulu, HI and I love wearing the clothing because it's colorful, handmade and the fabric breathes and is comfortable! Use promo code "JAZZ15" to receive 15% off your entire order! The company collects art from around the world, and each of their garments are a timeless piece of art.  The art is screened in long lasting, stay true color on our exclusive 100% Spun Crushed Rayon. The fabric keeps you cool and just feels good. Their limited edition collections are cut and sewn in their Honolulu, Hawaii factory. Each print has coordinating hand-painted buttons created just for Jams World by a California artist.  Jams World has remained a Hawaii based, multi-generational company dedicated to quality, individuality, and style which can be seen in each piece created. The company operates six retail stores located on Oahu and on the Big Island of Hawaii. www.jamsworld.com👉 Kolstein Music has over 77 years in the string business repairing, crafting and creating innovative instruments and solutions! Their motto is "Perfection, Integrity, Craftsmanship" and I have experienced this first hand! Use promo code "KATIE10" to receive 10% your entire online or phone purchase.www.kolstein.comYour HostKatie ThirouxLos Angeles jazz bassist and vocalist. Following her prodigious beginnings on bass at age 8 and studies under renowned vocalist Tierney Sutton at 12, Thiroux was mentored by the legendary bassist John Clayton and was awarded a Phil Ramone Presidential Scholarship to Berklee College of Music while gaining experience on the bandstand with artists including Terrell Safford, Terri Lyne Carrington, Branford Marsalis, Larry Fuller, Ken Peplowski, Jeff Clayton, Patti Austin, Geri Allen, Helen Sung, Charles McPherson, and dozens of others.“This girl is IT!” (Quincy Jones) “A multitasking talent who swings her bass with a Mack-truck-powered lilt that would make her hero Ray Brown proud." The New YorkerInstagramSpotifyiTunesAmazonWebsite

Ray Brown begins our series in 2 Timothy, speaking from chapter 1, verses 6 to 13.

In the latest episode of CBJ podcast, “Diversity Straight Up,” hosts Sarika Bhakta and Anthony Arrington talk with Ray Brown, CEO of ESCO, about his purpose and passion and being mindful of the big picture. Diversity Straight Up is brought to you by GreenState Credit Union and sponsored by Alliant Energy. Additional support is provided by Collins Aerospace and the city of Cedar Rapids.