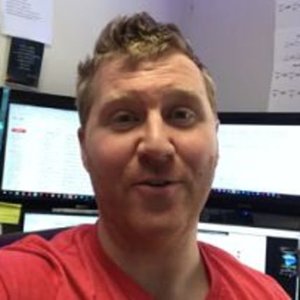 Dream 100 Guru Dana Derricks On The Power of “Snail Mail!”

My guest today is Dana Derricks - Dana Derricks is the guru of gurus when it comes to Dream 100 marketing! My company is using Dream 100 right now and it has changed the game in our podcast, emails, sales, everything that we’ve done and it’s going to have great results for us in the future. We are big believers in Dream 100 and nobody on the planet teaches the Dream 100 strategy better than Dana Derricks. Dana Derricks is Russell Brunson’s go-to copywriter! Today we’re going to talk about: Dream 100 Copywriting The power of “snail mail” Dana’s new book, “One Week Author” 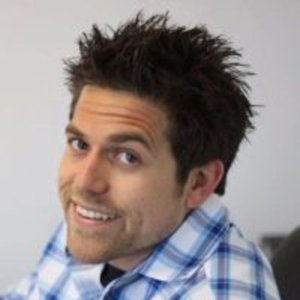 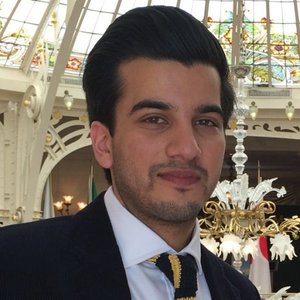 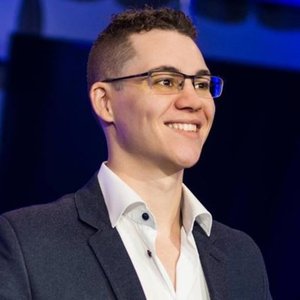 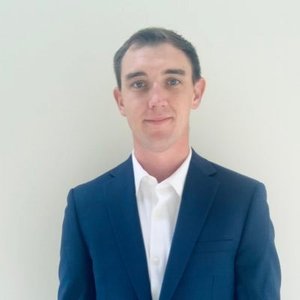 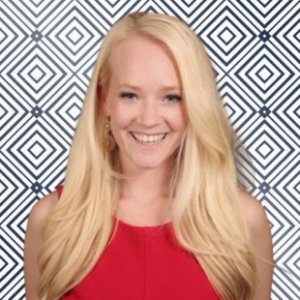 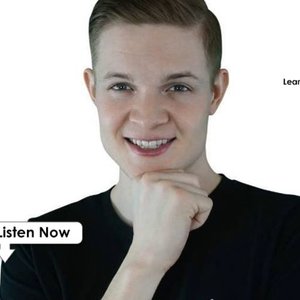 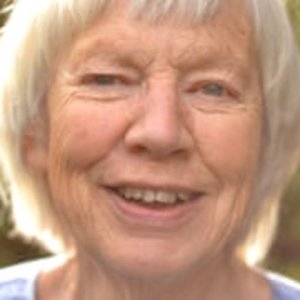 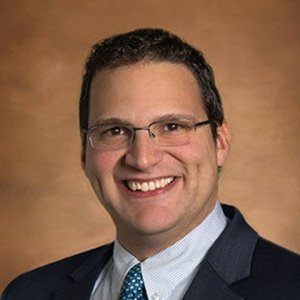 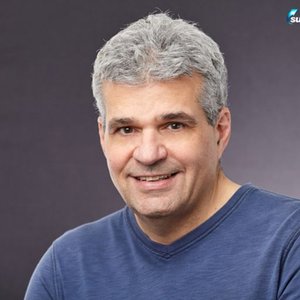 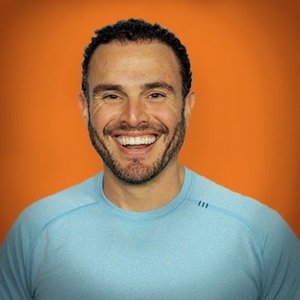 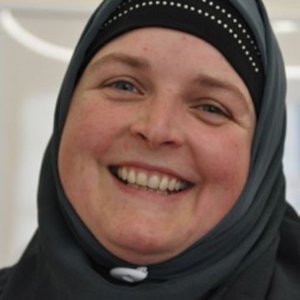 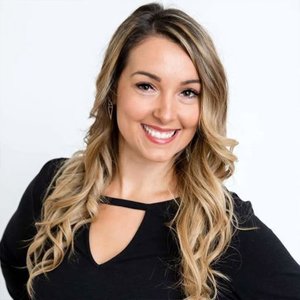 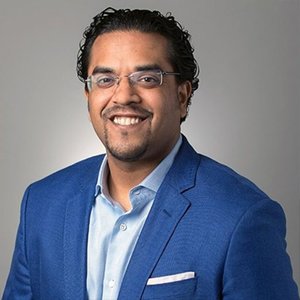 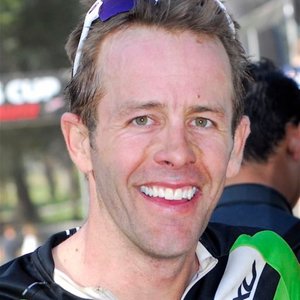 In this episode, Dana Derricks and I discuss dream 100 to build an escape plan.So if you want to escape the commerce trap, get a bigger vision of where they are going, and get results fast so you can how to future proof their business, listen in now!In this episode, you'll discover:“Dana Derricks: How to DREAM your way out of the commerce trap.”Dream 100 Links &amp; Mentions From This Episode:Dream 100 Book:http://bit.ly/Dream100Book-UnderstoryDana's Main Page Which Has Everything Else:D100.com

What's up, LifeRs! Dana Derricks “The Goat Farmer” also known as the copywriting professor, is the best selling author known for "The Dream 100 Series", "The Truth About Business", "High-Ticket Book Secrets", and "Conversion Secrets", to name a few.Let’s cue the intro and we’ll jump right into the farm…Resources from Dana:https://www.truthaboutbusinessbook.com/ https://dream100book.com/ https://therapyfarm.com/

Dana Derrick is a serial entrepreneur, author, speaker, coach, and goat farmer. He has been featured in Forbes and Inc. . He has wrote many books before and sold most of them for thousands of dollar PER COPY ! Recently, he gave me the Author Challenge program for free. Not only that, I also get an opportunity for a coaching call with him. It was 10 minutes long, and worth every second of it. I was so grateful that I feel like I want to share this call with you. (Don't worry, I got the permission to do so) Top 3 BIG TAKEAWAYS: 1) How to be known as an expert in our field. 2) Is it ethical to write a book about other people's courses? If so, how? 3) How to get foreword from big influencers. And so much more ! Visit www.danaderricks.com to learn more. Connect with me on Facebook: facebook.com/muhammad.asyraaf.520 Instagram: instagram.com/asyraaf_mn

CMP Episode #8: Clinical Relationship Marketing (Dream 100) with Dana Derricks Today we have Dana Derricks, one of the top marketers in the world! He is the go to person for relationship marketing and has wrote 12 books like The Truth About Business, How To Sell High Ticket Books, and The True 100. He is LEGIT. Tune in and take notes!

Behind the Scenes w/ Dana Derricks

We go behind the scenes of this goat farmer millionair success story to find out what the hard part of being an entreperneur is ... even after your first million! Here is the covetated  link to his Best Seller Book Dream 100 https://dream100book.com/get-the-book?affiliate_id=2004397

Dana Derricks Interview - DREAM 100 - Successpreneur Podcast with PAT HILTON   Russell Brunson, Clickfunnels and so many more have been touched by the copyrighting skills of Dana Derricks!!!   If you're looking to level up your business this is a business authority to follow and network with.   DREAM 100 master and funnel icon Dana Derricks featured in Entrepreneur, Forbes, and pretty much every other publication.   Tune in to this interview with the goat farming legend and Successpreneur Podcast host PAT HILTON The Acoustic Force.

In Amazon marketing strategy, "most big course makers don’t talk about this because they don’t do it!" Learn more about Dana's strategies on marketing.Dana Derricks is the author of “The truth about business”.When you sell a product on Amazon, you’re not looking to sell ONE product - you want to sell a product LINE. So you need to stop trying to make money from just one thing. Everyone else is trying to do that - but then it just becomes a price war. Sell the thing that sells the thing! - matcha bowlsEg on Amazon - Dave Lindenbaum does this. He sells matcha bowls - that’s a thing that you mash up the tea in before you make your tea.He sells those - but it’s his thing that sells the thing. Dave’s real thing - matcha teaSo he sells matcha tea! That's THE thing. This is a consumable - like pet supplements - so they buy more. So about ⅓ of customers came back - so it’s like a compounding thing over time. Sell at breakeven at the frontHe would sell the matcha bowls for nothing (breakeven) in Amazon marketing strategy.He undercut EVERYONE else selling match bowls. Because they were trying to make money. But he made his money selling matcha tea!Pet supplements - 1 oz bottle upfrontDana did a similar thing with pet supplements Sell 1 oz bottle in an insert, buy 4 oz bulk version - buy 3, get 4th free Off Amazon sale! - cut amazon out of the equation and sent to his store Didn’t put a label onto big bottle - no labelling costsIt’s not your faultIt’s not your fault if you haven’t heard about it!Most big course makers don’t talk about this because they don’t do it!But in the end, it comes down to basic maths! In Amazon marketing strategy.Front endOn the front end - Dana’s rule is it has to break even at least. If you can acquire a customer for free (you break even on it)Then it’s just scaling - conversion into the next thing as much as possible in Amazon marketing strategy. Eg spends $0 to acquire customers. 25% buy the next thing -that means that 25% of all upfront customers buy. That’s how you can forecast cash flow/profit. It must be highly scalable - it won’t break stuff if you sell a lot of it. Ways to increase conversionsFor Dana, product inserts were really valuable. They got a lot of business from that. They got a lot of people to the Shopify store from that. Early 2018 this was the biggest thing. One reason that worked was premium packaging - a little bottle that supplement came in.99% of supplements come with a bottle inside a plastic bag in a padded envelope.In a burlap sack, inside a jewellery box with padding. With a nice label on top, and stickered shut. Making sense of numbers post-launch and making a kill or go decisionsIf you use the “thing that sells the thing” strategy, there are 2 things that matter:  Can you acquire a ton of customers upfront? Will the front end thing take off? (The critical number - predicts the health of your business) NB assuming `you Can acquire customers with the first thing at least breakeven? You should be able to do a lot of volume on your front end product. Are people ascending from the front end to the back end? Say 10-25% cVRWIf that isn’t working, you might need to Try a different backend productDana’s book “The Truth about business” Dana’s other books used to be VERY expensive - often $100s or $1000s per copy. This one is different - Dana wants everyone to have a copy. The last person who read it messaged Dana that “it literally changed their DNA”.Amazingfba.com/TruthDigital version for $1, a bundle of audio, physical, digital This page contains affiliate links. That means that Amazing FBA will receive compensation from the service or product seller ("The Merchant" if you click on the link and go on to buy that service or product.We only promote those products or services that I have thro...