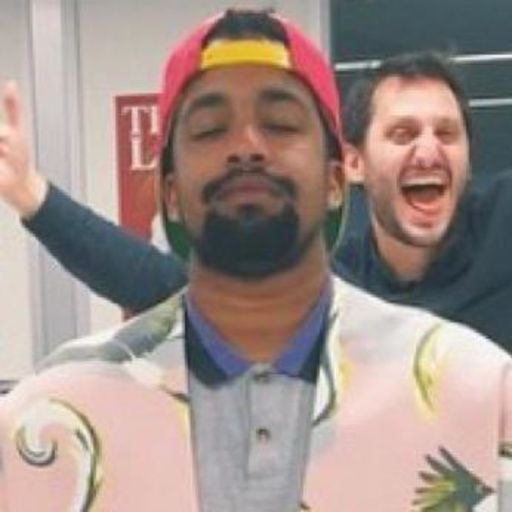 In this episode of "Dom's Club," host Dominique Mobley sits down with talented and prolific writer Rembert Browne and his manager, Jermaine Johnson. Episode 9 / Season 2Rembert wrote the Marvel comic Black Panther: World of Wakanda #6. Rembert also scored an exclusive interview with President Obama on Air Force 1 and was selected as a 2016 Forbes 30 Under 30 Member. He has written for such outlets as The New York Times, Vulture, The Ringer, New York Magazine, Bon Appétit, The FADER, and Interview Magazine.Jermaine is a manager at 3ARTs, where he manages top-level talent, including Rembert and writer Attica Locke (When They See Us, Little Fires Everywhere). Jermaine was featured in Next Gen 2020: The Hollywood Reporter’s 35 Rising Executives 35 and Under and was selected as a winner of the inaugural Shadow and Act RISING Awards in 2019. During this amazing interview we learn...How observing one of the producers of Silicon Valley shaped Jermaine’s interest in becoming a manager to top writers, directors, and other storytellers;How being an only-child led to Rembert’s career in journalism;What Jermaine looks for when deciding to represent talent;The importance of experiencing life as a writer and storyteller, to make sure you always have something to say;Jermaine’s mission to ensure that his clients of color know what they’re worth – and recognize when they’re not being paid an appropriate amount;Why Jermaine believes young talent of color should not just be ‘happy to be here’;How there will always be an opportunity to tell the story you want to tell – and why you shouldn’t force it;Why success online does not always mean success in your wallet;The importance of having people around you throughout the creative process and your career journey;Why Rembert believes that you should always check in to see how broke you are – even when you’re broke;Why the Black community needs to get more comfortable talking about money and about how to handle finances;and more! https://DominiqueMobley.comhttp://Twitter.com/Dom_Mobley http://Instagram.com/Dom_Mobley Dom's Club: Film, TV, Comedy &amp; Books. Dominique Mobley with guests Rembert Browne and Jermaine Johnson. Episode 9.