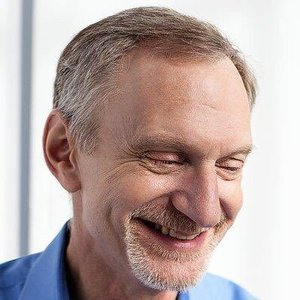 How Our Relationships Can Impact Our Health And Longevity with Dr. Robert Waldinger

This episode is brought to you by Rupa Health, InsideTracker, Joovv, and Mitopure.Everyone has the intention to live well and feel happy, but so many of our choices deviate us from those goals. Investing our time and energy into our relationships might be the key. Loneliness is a main measure of unhappiness, and it also happens to be a stressor and risk factor for disease. I’m so excited to talk to Dr. Rober Waldinger on today’s podcast episode, all about fostering better relationships to live a longer, happier, and healthier life. Dr. Robert Waldinger is a professor of psychiatry at Harvard Medical School, director of the Harvard Study of Adult Development at Massachusetts General Hospital, and cofounder of the Lifespan Research Foundation. Dr. Waldinger received his AB from Harvard College and his MD from Harvard Medical School. He is a practicing psychiatrist and psychoanalyst, and he directs a psychotherapy teaching program for Harvard psychiatry residents. Dr. Waldinger is also a Zen master (Roshi) and teaches meditation in New England and around the world. He is the co-author of the book The Good Life: Lessons From the World’s Longest Scientific Study on Happiness.This episode is brought to you by Rupa Health, InsideTracker, Joovv, and Mitopure.Check out a free, live demo with a Q&amp;A or create an account at RupaHealth.com.InsideTracker is offering my community 20% off at insidetracker.com/drhyman.Get an exclusive discount on Joovv’s Generation 3.0 devices (some exclusions apply) at Joovv.com/farmacy. Use the code FARMACY.Get 10% off Mitopure at timelinenutrition.com/drhyman &amp; use code DRHYMAN10 at checkout.Here are more details from our interview (audio version / Apple Subscriber version):The number-one life choice you can make today for future health and happiness (5:08 / 1:43) The connection between our relationships and our health (11:29 / 8:00) Cultivating relationships and well-being (13:41 / 10:16) Getting to know your partner better (23:44 / 20:20)Practices that promote happiness (36:50 / 31:29) Letting go of grudges and healing relationships (39:47 / 34:05) Strategies for social fitness (43:32 / 38:25) Navigating romantic relationships ( 53:01 / 47:11)Community as medicine (56:57 / 51:25)What matters most in life (1:07:43 / 1:02:13) Get a copy of Robert’s book, The Good Life: Lessons from the World's Longest Scientific Study of Happiness. Mentioned in this episode​​Where Should We Begin - A Game of StoriesThe 36 Questions That Lead to Love Hosted on Acast. See acast.com/privacy for more information.

Welcome to Anxiety at Work --&gt; We hope the time you spend with us will help remove the stigma of anxiety and mental health in the workplace and your personal life.Robert Waldinger is a psychiatrist, psychoanalyst and Zen priest. He is Clinical Professor of Psychiatry at Harvard Medical School and directs the Harvard Study of Adult Development, one of the longest-running studies of adult life ever done. The Study tracked the lives of two groups of men for over 75 years, and it now follows their Baby Boomer children to understand how childhood experience reaches across decades to affect health and wellbeing in middle age. He writes about what science and Zen can teach us about healthy human development.Dr. Waldinger is the author of numerous scientific papers as well as two books. He teaches medical students and psychiatry residents at Massachusetts General Hospital in Boston, and he is a Senior Dharma Teacher in Boundless Way Zen.To keep abreast of research findings, insights and more, visit robertwaldinger.com.###Until next week, we hope you find peace &amp; calm in a world that often is a sea of anxiety.If you love this podcast, please share it and leave a 5-star rating! If you feel inspired, we invite you to come on over to The Culture Works where we share resources and tools for you to build a high-performing culture where you work.Your hosts, Adrian Gostick and Chester Elton have spent over two decades helping clients around the world engage their employees on strategy, vision and values. They provide real solutions for leaders looking to manage change, drive innovation and build high performance cultures and teams. They are authors of award-winning Wall Street Journal &amp; New York Times bestsellers All In, The Carrot Principle, Leading with Gratitude, &amp; Anxiety at Work. Their books have been translated into 30 languages and have sold more than 1.5 million copies. Visit The Culture Works for a free Chapter One download of Anxiety at Work.Learn more about their Executive Coaching practice at The Culture Works. christy@thecultureworks.com to book Adrian and/or Chester to ke... 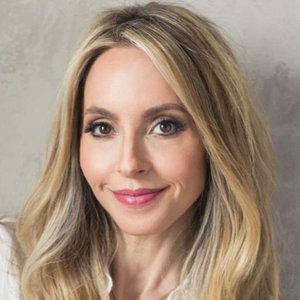 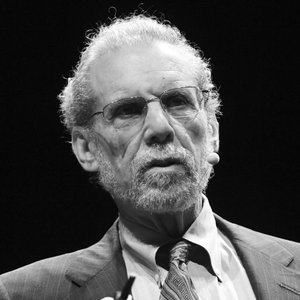 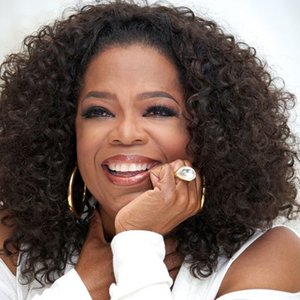 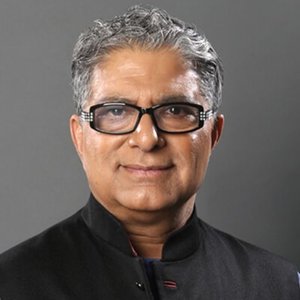 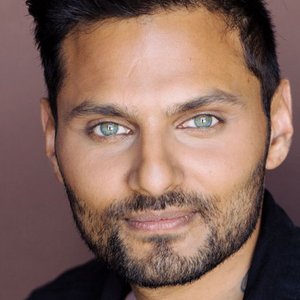 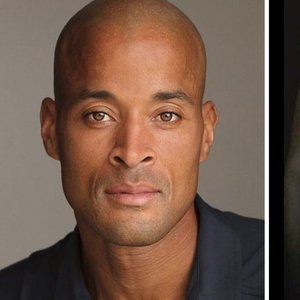 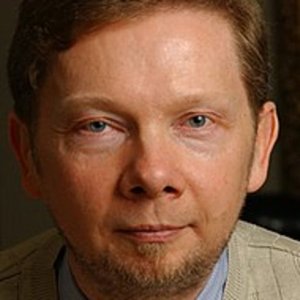 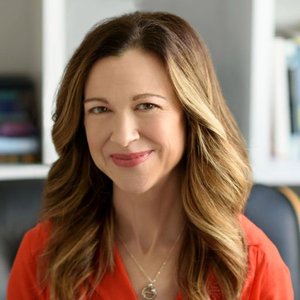 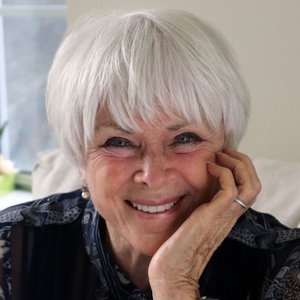 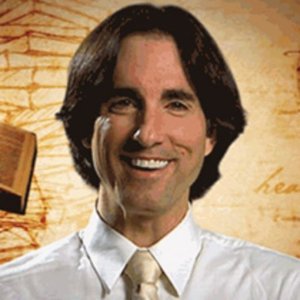 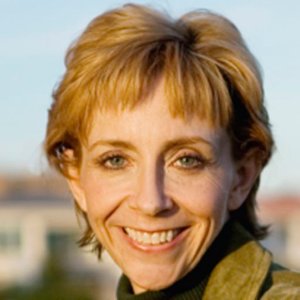 The Harvard Study of Adult Development is one of the longest running studies of adult life the world has ever seen. In this episode, the study’s director, Professor Robert Waldinger, explains to Joss how it has enabled researchers to track the lives of 724 men - including one former President - since 1938. After sharing some of the study’s findings, Robert explains how he came to be a Zen priest, and just what this entails. Learn more about Robert’s Lifespan Research Foundation at lifespanresearch.org and find further information on his silent retreats and online meditation groups at newtonzen.org ***A massive thank you to our wonderful sponsors! BetterHelp - Start your therapy journey today with 10% off your first month at this link: betterhelp.com/cuppahappy or use code cuppahappy at check out LinkedIn Jobs - Post a job for free on LinkedIn using the link: https://linkedin.com/cuppa ***See https://jossstone.com/ for my tour dates!A Fascinate Production. Learn more about your ad choices. Visit megaphone.fm/adchoices

In this episode I speak with psychiatrist, psychoanalyst, Harvard Medical School Professor, Director of their Study of Adult Development and Zen priest, Robert Waldinger, M.D. whose through line has been a lifelong fascination with the human psyche and what makes for a happy and fulfilling life. https://www.lifespanresearch.org/

The Happy Life: A Harvard Study by Robert Waldinger

This podcast explains a Harvard Study conducted over 75 years which defines the importance of good relationships to overall health and stamina over the course of our lives.

What makes a good life? Lessons from the longest study on happiness | Robert Waldinger

This episode is also available as a blog post: https://gkexpresss.wordpress.com/2021/07/10/what-makes-a-good-life-lessons-from-the-longest-study-on-happiness-robert-waldinger/

How to lead a happier, more fulfilling life (with Dr. Robert Waldinger)

Listening to your favorite song, going on vacation, chocolate… What makes YOU happy? Today’s guest, psychiatrist Dr. Robert Waldinger, is the director of the Harvard Study of Adult Development, an 83-year-old project--one of the longest-running studies of adult life ever--that tracks how life experience across decades affects health and wellbeing in middle age and beyond. Robert shares the surprising things he’s learned about what makes a meaningful life and what to do--or avoid--in order to have a long, fulfilling existence. Robert is the author of numerous scientific papers as well as two books, and he teaches medical students and psychiatry residents at Massachusetts General Hospital in Boston. He is a Senior Dharma Teacher in Boundless Way Zen. To learn more about "How to Be a Better Human," host Chris Duffy, or find footnotes and additional resources, please visit: go.ted.com/betterhuman

The Mind, Body and Soul in Healing

"It's not a good meditation when you are having fewer thoughts, it is not a bad meditation when you are having more thoughts or wilder thoughts. Really what Zen talks about is the limitation of just focusing on thoughts.  Most of the time we are lost in our thoughts - we focus exclusively on our thoughts with much less attention to sensations, to perceptions of the world." Episode Description: Dr. Waldinger is a psychiatrist/psychoanalyst and a Zen teacher and priest. We begin by distinguishing between an Eastern and Western way of approaching the mind. Dr. Waldinger describes his journey of becoming both a Zen Priest and a Zen instructor and the differing tasks involved with each. He compares his psychodynamic approach with his Zen approach to individuals who are suffering. He explains the Buddhist approach to thoughts, sensations and worries with particular reference to the relationship between a Zen teacher and student. We close by reviewing his personal path that has led him to be attuned to the transience of life.  Our Guest: Robert Waldinger, MD is a psychiatrist, psychoanalyst, Zen priest, and Zen teacher. He is a Professor of Psychiatry at Harvard Medical School and directs the Harvard Study of Adult Development, one of the longest-running studies of adult life ever done. The Study tracked the lives of 724 men for over 80 years and now studies their Baby Boomer children to understand how childhood experience reaches across decades to affect health and wellbeing in middle age. He writes about what science can teach us about healthy human development, and he is the Founding Director of the Lifespan Research Foundation, dedicated to bringing the insights of lifespan research to the general public. His TED talk about this research, titled “What Makes a Good Life?”, is one of the 10 most viewed TED talks of all time. Dr. Waldinger directs the teaching program in psychodynamic psychotherapy at the Massachusetts General Hospital Psychiatry Residency in Boston.  Recommended Readings:  John Daishin Buksbazen, Zen Meditation in Plain English  Kosho Uchiyama, Opening the Hand of Thought: Foundations of Zen Buddhist Practice  Barry Magid, Ending the Pursuit of Happiness: A Zen Guide  Jeremy Safran, Psychoanalysis and Buddhism: An Unfolding Dialogue  Norman Fischer and Susan Moon, What Is Zen?: Plain Talk for a Beginner’s Mind  Episode 19: A Psychoanalyst Studies the Good Life- The Harvard Study of Adult Development  http://ipaoffthecouch.org/2019/09/21/episode-19-a-psychoanalyst-studies-the-good-life-the-harvard-study-of-adult-development/

Keys to a Long and Happy Life: Lessons from Harvard’s 80-Year Study with Dr. Robert Waldinger

Episode 01: Dr. Robert Waldinger, a graduate of Harvard College and Harvard Medical School, currently serves as the director of the Harvard Study of Adult Development. The longest of its kind, this longitudinal study has been following two groups over the last 75 years to identify the psychosocial predictors of healthy aging. The surprising result of this research revealed one important lesson about what really makes for a happy and healthy life — and it’s not what you’d expect.Harvard Study of Adult DevelopmentDr. Robert WaldingerLifespan Research Foundation“Good genes are nice, but joy is better” The Harvard Gazette