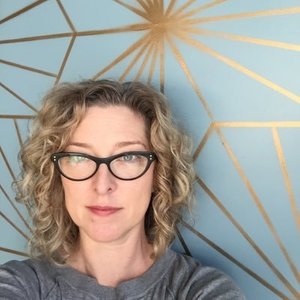 #18 Sandra Coan: Craft your own light

Sandra Coan is Seattle's premier maternity, newborn and family photographer. This conversation was recorded in February 2020 at WPPI just before the release of Sandra's new book - Crafting The Natural Light Look www.sandracoaneducation.com Moments to listen for: Learn the tools. Become consistent - 4:00It's very controlled. And because of that, it's super consistent. What that does for you when you can get that kind of consistency in your work is that those tools, those things that one would think of as technical, They just become a non-issue. They're just there.  Does that make sense? So you get it working, you know how it works, it's all set. I don't have to change it or think about it. And so then I just go back to that place [...] where it's just about me connecting with my client and just having that moment. So it's not something I think about all the time. I've learned the tools and I've learned them well enough that they become second nature. Know how to handle less than ideal conditions  - 13:34I won an award for one of my film photos. And one of my first film photos got me my first magazine cover, you know, I was having a lot of success in perfect situations with that medium. But then when it wasn't perfect situations, it all just went to hell in a handbasket. I had this one client come in with a newborn baby in November, and it was just rainy and dark in those like Northwest days where the streetlights never turned off, and I'm trying to shoot portrait 400 which is an ISO 400 film and I was like, 'Oh, I'll just push it' which was dumb because that didn't work.   So the film came back like super underexposed. The baby is orange, it was all grainy, it was awful. I then had to call that parent and be like, 'I just totally ruined your newborn session. And I'm sorry.' I'll never forget that shoot because that was the moment I was like, 'This is stupid. If you're going to continue doing this, if you're going to call yourself a professional photographer, if you're going to take money from people, you need to get serious and you need to just get over yourself and learn how to do it'.  What's amazing about that is, 2011 I spent a lot of time teaching myself how to create the kind of light I wanted to shoot with strobes, and then 2012 was my first six-figure year and that's not an accident." If you're feeling burnt-out shoot a roll of film - 23:48It really such a fun medium. I feel like it's the cure for burnout. Whenever I talk to photographers, that are like, 'I'm so burnt out. I never want to pick up my camera again.' I'm like, dude, shoot a roll of film because it's fun, like, have fun. I get that all the time. I like [film], I like not seeing my photos. Because, I don't know if you do this, but when I was shooting digitally, I would do the shoot, and then [when the client left], I would immediately put them on the computer and then immediately pick it apart.[...] There was no break. And now I' shoot the film. And then I don't look at it for two weeks because it's at the lab and then it comes in and then it's like, oh my god I love these pictures." --- This podcast is brought to you by The Image Salon, a Montreal-based photography &amp; retouching studio. Your hight touch creative partner. Outsource without compromise.imagesalon.com Music and Sound Production by Philip Creamer 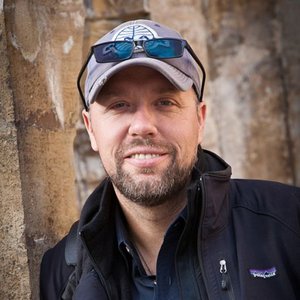 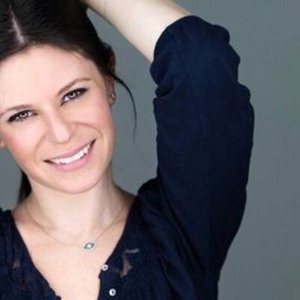 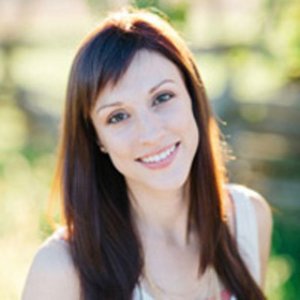 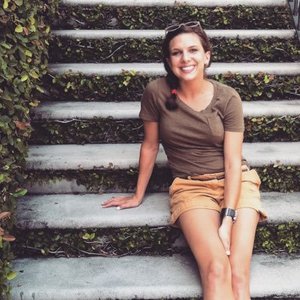 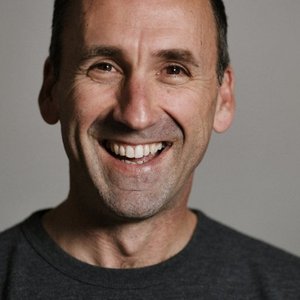 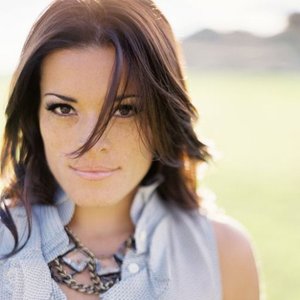 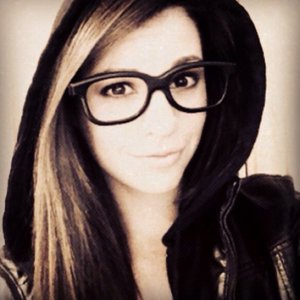 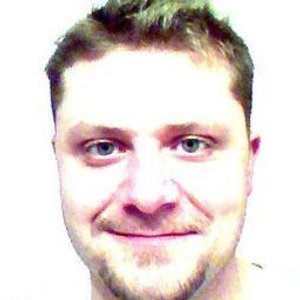 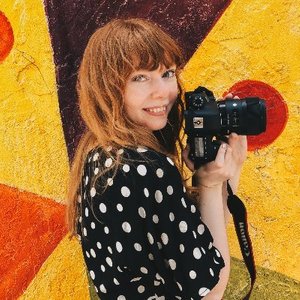 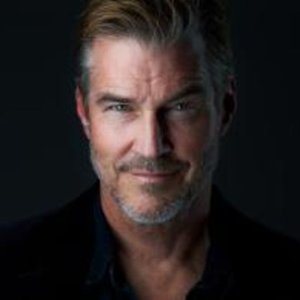 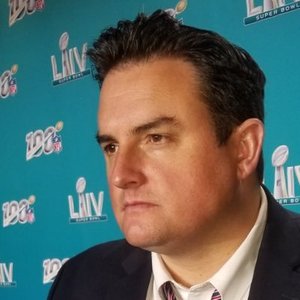 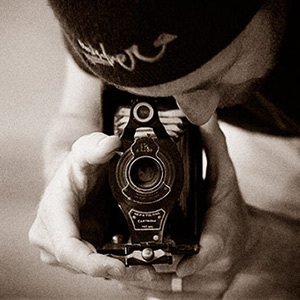 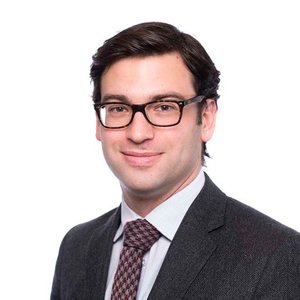 Portrait photography can seem awfully daunting if you’ve never done it. How many lights do you use? Which modifiers are the best? Do you need a studio? How much money should you spend to get started? Oh, and how do you relate to the person in front of your camera? We talk with pro portrait photographer Sandra Coan about shooting with just one light and one modifier—using film!—and her book Crafting the Natural Light Look. Guest: Sandra Coan Sandra's Instagram Hosts: Jeff's website, Jeff's photos, Jeff on Instagram Kirk's website, Kirk's photos, Kirk on Instagram Show Notes: (View show notes with images at PhotoActive.co) Rate and Review the PhotoActive Podcast! Crafting the Natural Light Look, by Sandra Coan Episode 39: Tripods with Mason Marsh Episode 35: Martin Parr Shot My Portrait Our Snapshots: Jeff: Moment ND Filters Kirk: Fujifilm 35mm f/2 Lens Subscribe to the PhotoActive podcast newsletter at the bottom of any page at the PhotoActive web site to be notified of new episodes and be eligible for occasional giveaways. If you’ve already subscribed, you’re automatically entered. If you like the show, please subscribe in iTunes/Apple Podcasts or your favorite podcast app, and please rate the podcast. And don't forget to join the PhotoActive Facebook group to discuss the podcast, share your photos, and more. Disclosure: Sometimes we use affiliate links for products, in which we receive small commissions to help support PhotoActive.

Beyond Natural Light - A Photography Podcast about light, business, and everything in between! (Trailer)

Beyond Natural Light - A Photography Podcast about light, business, and everything in between!

Sandra Coan is an award-winning photographer, industry educator, and the best selling author of Crafting Your Ideal Light. She specializes in studio portraiture, artificial lighting, and fine art film photography. In addition to running her busy Seattle, Washington studio, Sandra Coan Photography,  she also teaches photographers around the world how  to create a natural-looking light with strobes and flashes. She continues to inspire old and new photographers with her attention to detail and love for natural light photography. In this episode… How does a teacher with thousands of dollars in student loans become an award-winning photographer and public speaker by pursuing her hobby as a side hustle? How does a small studio establish their brand without compromising their brand name or their quality? Sandra Coan, best selling author and passionate photographer, has established herself as an undeniable resource for those who are looking to hone their photography skills particularly for those who want to use natural light in their photos.  In this week's episode, Mitch Bowler talks to Sandra Coan, author of Crafting the Natural Light Look: The One-Light Approach to Creating Striking Portraits with a Strobe or Flash, about her journey from teacher to photographer. She also talks about how to build your brand and leave a distinguished impression amongst your clients, what natural light means and how to use it to capture incredible photos, and find out how her latest book can help you become better at photography. Stay Tuned.

Sandra Coan is an award-winning film photographer who specializes her client work in newborns, families and classic portraiture. Her mission as an educator is to teach others how to change their lives by building successful, profitable businesses they love. Whether it’s through improving posing and workflow, learning how to create natural looking light with strobes and flash, or through one-on-one mentoring and coaching, Sandra teaches photographers to live to their full potential in craft and business. In this episode we go behind the scenes on the making of her new book Crafting the Natural Light Look. Sandra shares how photographing her clients only with 3-4 rolls of medium format analog film per session keeps the joy of photography alive for her. We explore the challenges she’s overcome of being a teacher and author with dyslexia and she reveals how certain childhood experiences framed her outlook on life today. This is We Are Photographers with Sandra Coan and this is her story.Connect with Sandra Coan: sandracoan.com | sandracoaneducation.com | IG @sandracoan | FB sandracoanphotography | PIN @sandracoan | YouTube | CreativeLive Classes At CreativeLive we believe there is a creator in all of us. If you’re looking to get fresh perspectives, inspiration or skills to boost your hobbies, business or life head over to creativelive.com and check out both 24/7 free classes and The Creator Pass, the subscription that gives you anytime on demand access to over 1500 classes taught by the world’s top creators and entrepreneurs.

Episode #000 of the podcast features an interview with Guest Name. Discussion topics include: Topic #1, topic #2 and topic #3.

#54 Sandra Coan: How to find your photography style and stick to it

Welcome to Series 6 of Shoot Edit Chat Repeat, the podcast for people photographers. Hosted by two leading UK portrait photographers, Vicki Knights &amp; Eddie Judd. This week we are chatting with US-based child and family photographer &amp; educator, Sandra Coan. Sandra has run her successful studio business for nearly 20 years, has taught on huge platforms such as Creative Live, and has done keynote talks at international conferences. Sandra has such a clear, distinct style, and we wanted to get her advice about how photographers can find their style and stick to it. We talk about the following: - Why Sandra decided to shoot with film and artificial lights - How following what other photographers were doing at the start of her business didn't work for her - Advice to photographers who are struggling to find their own style - How Sandra attracts new clients and photographs around 300 families a year (without burning out) - How the photography industry has changed and predictions for the future Sandra was a fantastic guest and we know you're going to get so much from this chat. You can see Sandra's education website here  And follow Sandra on Instagram here ​​ ​​Thank you to Folio Albums for sponsoring this episode. Use the code ‘shootedit’ to get 40% off a studio sample album. Thank you to Shootproof online galleries for sponsoring Repeat Recs for this series. Get 25% off your first 12 months subscription by using the code SHOOTEDITCHATREPEAT.  Vicki's Repeat Rec was the free video series by the Photography Farm on switching to Sony. You can watch it here. And while you're there, book your tickets to our talk at the Farmers Market in Brighton, on 16th Oct, 2020 all about personal branding. Eddie Repeat Rec is the Power book by Naomi Alderman And don't forget to book your place at our exciting event on 18th Jan 2020. All of the details here. We'd love to know what you think of this episode: Email:  hello@shooteditchatrepeat.com Instagram Facebook Make sure you sign up to our mailing list here ​​ ​​Eddie Judd's Lightroom presets ​​Vicki Knights’ photography mentoring &amp; workshops

How to Confidently Use Flash for Film and Digital Photography with Sandra Coan - Ep. 24

We are chatting with Sandra Coan of Sandra Coan Photography all about how to confidently use flash for film and digital photography. Sandra teaches thousands of photographers around the world about film photography, lighting techniques, studio workflow and posing, and the fundamentals of building a successful brand and business. I purchased her online photography course The Missing Link and it was so incredible for me and I'm so thrilled to have her on the show! Visit Sandra's Websites: https://www.sandracoaneducation.com Facebook: https://www.facebook.com/SandraCoanPhotography Instagram: https://www.instagram.com/sandracoan Our online course How to Start a Podcast is here! Stay up to date &amp; visit us at www.teawithjaine.com and follow www.instagram.com/jainekershner on Instagram to see our latest IGTV episodes. Have a topic you'd like us to discuss? Email us at hello@teawithjaine.com

58: Sandra Coan: What are Your Personal Strengths?

Sandra Coan is a Seattle based newborn and family photographer specializing in studio portraiture and fine art film photography. Her work has been featured in a variety of publications and she is an educator who shares her passion for photography and business on respected platforms everywhere! We are going to be talking all about her experience with education and content creation as well as her process of becoming a more confident creative! Thank you for tuning in! We love and appreciate each of you for tuning into this episode of Mistake Make Magic! If you enjoyed this episode, please share it! Ratings are reviews help us to continue bringing you good content!!