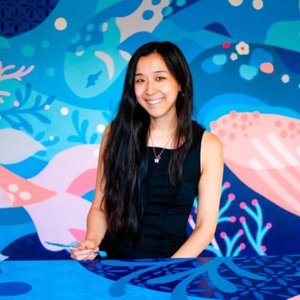 IANR 2215 040922 Line Up Here’s the guest line-up for Sat, Apr 9, 2022 from 4 to 6pm CST on Indo American News Radio (www.IndoAmerican-news.com). We are on 98.7 FM and you can also listen on the masalaradio app (www.masalaradio.com) By Monday, hear the recorded show on Podcast uploaded on Spotify, Apple Podcasts, Google Podcasts, Pocket Casts, Radio Public and Breaker. SUBSCRIBE TO OUR FREE PODCAST CHANNEL &amp; CLICK TO LISTEN!! 4:20 pm The Southwest Management District is a tax exempt non-profit incorporated in 1990 to oversee the growth and enhance the image of the district that stretches from Hillcroft to Beltway 8 and from Hwy 59 to the Westpark Tollroad. Joining us today to explain what projects the District has undertaken and it’s goals are Executive Director Alice Lee and Board Member Fred Bhandara. 4:50 pm Judge Michael Newman has been on our show twice before sharing from his wealth of knowledge on probate issues previously as an practising attorney and for the past three years as the presiding judge of Harris County Probate Court No 2. We talk to him about the many issues that families get involved with during probate. 5:20 pm Dr Payal Patel, an Infectious Diseases physician at the University of Michigan was recently sworn in to the Presidential Advisory Committee on Combating Antibiotic Resistance Bacteria. She is originally from Houston and joins us today to talk about her work and COVID vaccine effectiveness. Also stay tuned in for news roundup, views, sports and movie reviews TO BE FEATURED ON THE SHOW, OR TO ADVERTISE, PLEASE CONTACT US AT 713-789-6397 or at indoamericannews@yahoo.com--- Support this podcast: https://anchor.fm/indo-american-news-radio/support

Veganish and All Things Healthy 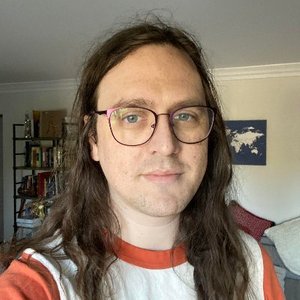 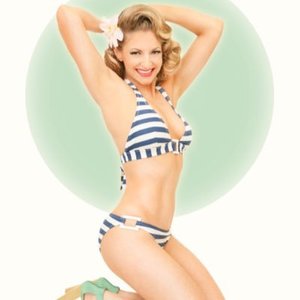 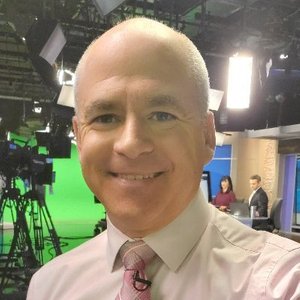 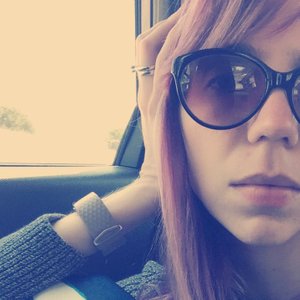 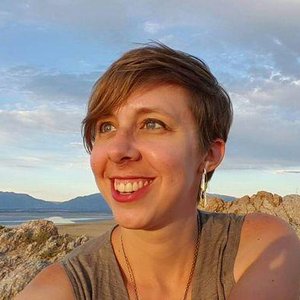 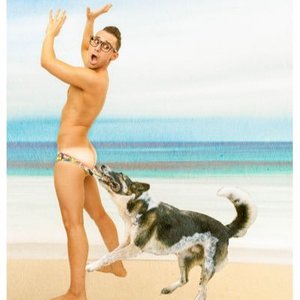 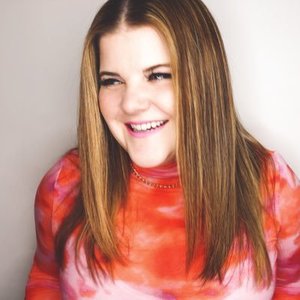 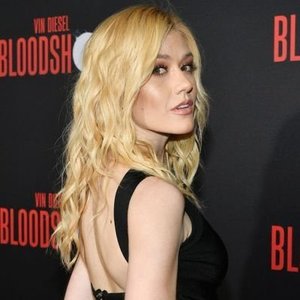 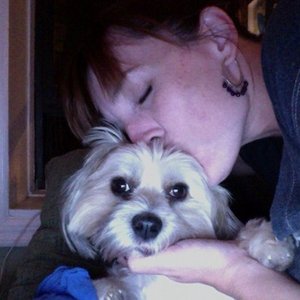 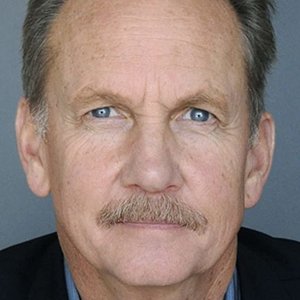 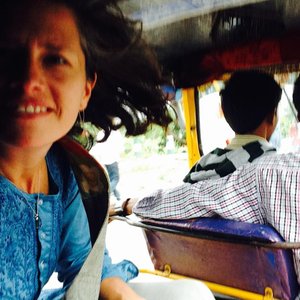 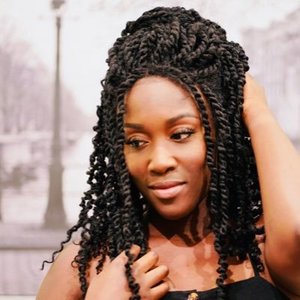 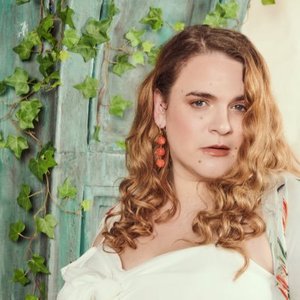 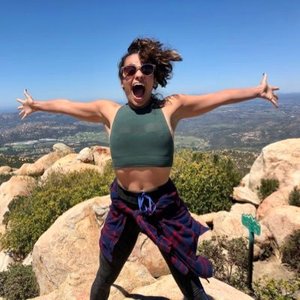 Although neither one of these ladies were technically FLOTUS, they were both too good to pass over. Alice Hathaway Lee, TR's true love who was Good Vibes Only. A true sunshine that sadly passes away before TR gets to the White House. We discuss their Harvard romance, and the way TR needs to leave after she dies to find new Good Vibes. While Teddy ventures out west, at home in NYC is growing the true star of this episode: Alice Lee, TR's daughter. We talk about Alice's antics in the White House. Her incredibly sharp tongue and her relentless attitude that made her a start for decades to come- Seriously- Bobby Kennedy is her friend!! This ep has it all, Good Vibes, Mixed Vibes, A snake called Emily Spinach and a new hashtag #justiceforBamie. We love ya!

Alice Lee is an actress, singer, and songwriter starring in the NBC show “Zoey’s Extraordinary Playlist” where she plays Emily Kang, an Asian-American...who’s now a new mom. In the most recent episode, the characters grapple - and come to terms with - Emily’s postpartum depression, which like many mental health issues in this country...is not something we talk about often enough - especially in the Asian community. In a ranging conversation that covers Alice’s childhood in the midwestern Korean suburbs, performing on + off-Broadway (“Wish Upon” + “Heathers: the Musical”) and smoking weed with her dad - we learn a little bit more about Alice...LEARN ABOUT ALICE @aliceheyalice (Instagram, Twitter, YouTube) imdb.com/name/nm5333857 nbc.com/zoeys-extraordinary-playlist MENTIONS BOOK: Pachinko (Min Jin Lee): goodreads.com/book/show/34051011-pachinko PERSON: Sandra Oh (Actress) - imdb.com/name/nm0644897 Learn more about your ad choices. Visit megaphone.fm/adchoices

On this episode we're talking all about the closings of Los Angeles' historic theaters, the latest updates on this year's Oscars ceremony, the surprise success of HBO Max's The Nevers, ViacomCBS' syndication launch of Young Sheldon, Focus Features' team-up with RAINN to host free screenings of Promising Young Woman, Sony's latest release date for Kevin Hart's Man From Toronto, Netflix's early multiple season renewal for Bridgerton, Apple's decision to move production of Will Smith's upcoming thriller, Emancipation, out of Georgia, and more!! Our guest this week, from the hit series Zoey's Extraordinary Playlist, is Alice Lee!!  Plus, our "Top 5 Favorite ___________"!! segment; this week it's "Celebrity Crushes", and of course we have our box office predictions, and the IMDbPro Starmeter toppers!! Also visit www.CrazyAntMedia.com for the latest crazy ant media gear!

Alice Lee is an actress, singer and musician who made her Broadway debut in 2008 when she joined the cast of Spring Awakening. Her other New York theater credits include Spider-Man Turn Off the Dark on Broadway, as well as Off-Broadway productions of Bare and Heathers: The Musical. While she is no stranger to the stage, she is also no stranger to the screen. Alice was a contestant on the ABC reality TV show Rising Star in 2014, with other television credits that include Smash, The Mindy Project, Switched at Birth, 2 Broke Girls, Take Two, Zoe’s Extraordinary Playlist, and many more. She can also be seen in the Netflix film Sierra Burgess Is a Loser, and last year's hit indie movie Brittany Runs a Marathon. While she lived in NYC, Alice performed in numerous concerts at Rockwood Music Hall, where she frequently debuted original material. Coming up next she can be seen online performing through the Times Square Alliance Broadway Busker’s Concert series.Alice was born and raised in the north suburbs of Chicago, the only child of parents who immigrated from South Korea. She shares that music entered her life at a very early age, and recalls learning to play instruments and sing long before she knew she wanted to be a performer. Her dad is also a great singer, and when Alice was young they would sing karaoke together. While she dabbled in the drums and clarinet, the two instruments she still plays today are the piano and guitar. When deciding what course of study to pursue in college, Alice researched the programs at NYU. And feeling like she didn’t quite fit into either the musical theater or the classical vocal performance categories, she opted to earn her BM in Music Business. It was while she was a freshman at NYU that Alice attended a performance of Spring Awakening, and in her own words, became “obsessed”. So when she found out they were holding open calls for replacements, Alice went and auditioned - and booked her first Broadway show.In our conversation, Alice candidly talks about growing up and feeling different, but so badly wanting to fit in. And while she and her parents never had any conversations specifically about race, she recalls that she was always aware of the differences, and of other people's attitudes towards them. Alice also lovingly recalls visiting family in South Korea every two years as she grew up, memories which she holds onto and celebrates as part of her identity. Shortly after quarantine began this year, Alice left her apartment in Los Angeles where she lives alone to go spend time with her parents outside Chicago. While there Alice shares she has been spending her time writing, recording demos and making pop music. “This is my frickin destiny” she realized this summer, affirming her vision for her next big dream - to become the first big Asian-American pop star. In this episode, we talk about: Deciding to major in Music Business  Why she moved from NYC to LA about 5 years ago  Her experience on the reality TV show Rising Star on ABC Being recognized in public for her performances  Activism on Instagram Growing up the child of immigrants The joy she finds in writing and making music Connect with Alice:IG @aliceheyalice Connect with The Theatre Podcast: Support us on Patreon: Patreon.com/TheTheatrePodcast Twitter &amp; Instagram: @theatre_podcast Facebook.com/OfficialTheatrePodcast TheTheatrePodcast.com Alan's personal Instagram: @alanseales Email me at feedback@thetheatrepodcast.com. I want to know what you think. ﻿A very special thanks to our patrons who help make this podcast possible!Cheryl Hodges-Selden, Paul Seales, David SealesIf you would like to see your name in this show notes or get a shout out on the pod itself, visit ttp.fm/patreon to become a member and show your support! Learn more about your ad choices. Visit megaphone.fm/adchoices