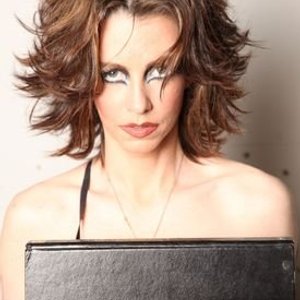 Join Zack Beins in a conversation with Debbie Rochon, actress, filmmaker, scream queen, and Troma royalty.  They discuss her career in Tromaville from the Troma System through #ShakespearesShitstorm. You can find all the Debbie Rochon news and social links on her website https://www.debbierochon.com/ Subscribe to Troma Now!  watch.troma.com Now on Roku and Apple TV! You can follow Zack on insta and twitter @legolarry You can follow Bizjack FlemCo Productions on instagram @bizjack_flemco You can follow the podcast  Talkin' Troma on twitter @talkintroma

Debbie Rochon: Be True to Yourself (Ep 28)

Are you stagnant?  Or are you constantly mutating...evolving?How do you maintain your core values in a world of constant negativity?In this raw Brain Burrow Digging Deep interview, director and actor Debbie Rochon talks about the importance of being true to oneself.   Debbie shares her perspective on adopting the "loner" mantle and navigating the world of exploitation and misogyny.   She promotes the idea of strength in individualism.Debbie is known for directing Model Hunger (2016) and acting in Tromeo and Juliet (1996), Axe to Grind (2015), and Slime City Massacre (2010).  Be warned!  Debbie has a ton of other films to her name.  Check them out. Connect with Debbie Rochon:debbierochon.com/facebook.com/DebbieRochonNewsPage/IMDBinstagram.com/officialdebbierochon/twitter.com/DebbieRochonConnect with Mark D Valenti:instagram.com/valentihorror/brainburrow.com​​IMDBBrain Burrow YouTubetwitter.com/brainburrow 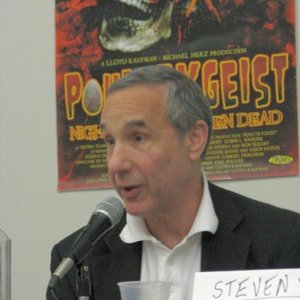 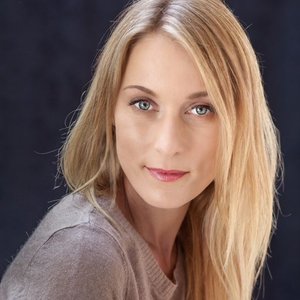 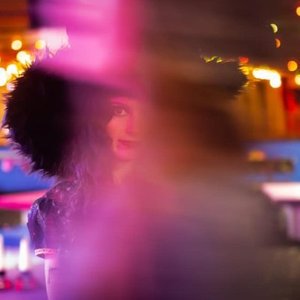 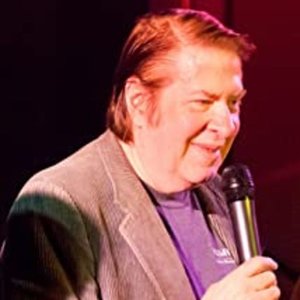 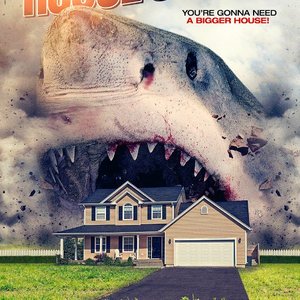 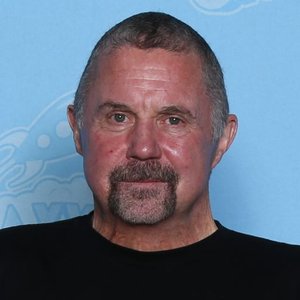 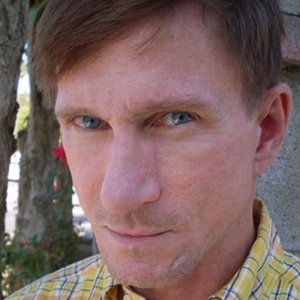 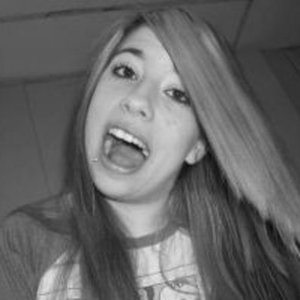 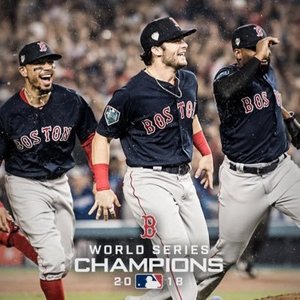 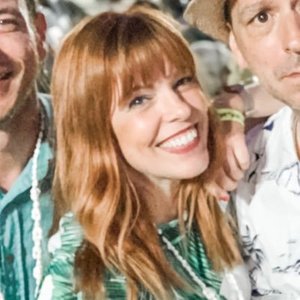 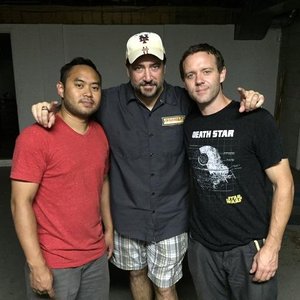 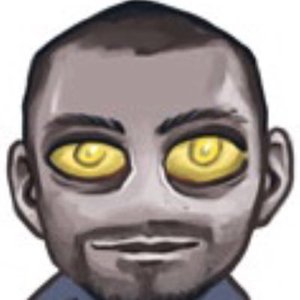 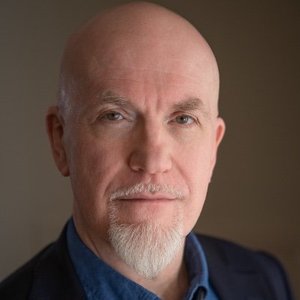 Our conversation with Debbie continues. We talk about her directorial debut, Model Hunger, why Lynn Lowry is awesome, and the importance of always giving your all in a performance. Also, baguettes on the beach and filthy hot tubs at Cannes! And so, so much more. You can find Debbie at, www.debbierochon.com, on Instagram, @officialdebbierochon, in her upcoming memoir, From the Underbelly to the Underground, and be sure to check out her fantastic podcast, Obscurities.

Mark Redfield interviews Debbie Rochon interviews Mark Redfield! On the podcast, the two hyphenates and raconteurs talk about Independent Filmmaking, new projects, acting, directing, and working on new audio drama projects together! Debbie Rochon is a Canadian actor, writer, director and podcaster best known for her work in independent films and counterculturefilms. As of this interview, she is completing a new autobiographical book about her early life, entitled “From the Underbelly to the Underground” chronicling her homeless pre-teen life to entering the creative world of film. The book is scheduled to be released in 2022.Debbie Rochon is starring in two new audio dramas from Redfield Arts Audio: “The Autumn of Edgar Allan Poe”, and Thomas E. Cole’s “I Married a Fly!”.Debbie Rochon website: https://www.debbierochon.com/Thanks for listening and subscribing to The Redfield Arts Audio Podcast!

It's a special two-episode release day! That's right, we love you so much that we are giving you two great interviews on the same day and it has absolutely nothing to do with keeping us on our release schedule. Scream Queen and Cult Duchess Debbie Rochon joins us for a discussion about being a teen in 1980s NYC, Dan Hagerty being a mensch, and the art of playing a Cocaloony bird. We also talk about her studying with Uta Hagen and Penny Allen, cult movies, we clarify that Doggie Tales, Vol1: Lucky's First Sleepover is NOT a porn, and we wax nostalgic about 1-900 numbers. You can find Debbie at, www.debbierochon.com, on Instagram, @officialdebbierochon, in her upcoming memoir, From the Underbelly to the Underground, and be sure to check out her fantastic podcast, Obscurities.

PUBLIC VERSION. Actress, icon, and legend of cult cinema Debbie Rochon (AMERICAN NIGHTMARE, TROMEO &amp; JULIET, POULTRYGEIST, EXHUMED) joins Adam, Joe, and Arwen to discuss her inspiring journey from a homeless teenager to one of the most beloved heroes of cinema with well over 260 film credits. From working as a featured extra in Lou Adler’s LADIES AND GENTLEMEN, THE FABULOUS STAINS (1982) and finding her calling in front of the camera… to becoming one of the hardest working actors in cult cinema over the next 40+ years… to the on-set accident that mangled 4 of her fingers down to the bone… to writing for publications like FANGORIA, GORE ZONE, and SCARS… to co-hosting FANGORIA RADIO with Dee Snider from 2006 - 2010… to winning enough awards to be known as “The Meryl Streep of Horror”… to her triumphant recovery from a brain tumor… to directing her first feature film with 2016’s MODEL HUNGER… Debbie is a living example of never giving up, an eternal optimist, a survivor, and a hero to so many of us. Dr. Arwen provides “Hollywood Therapy” for a writer looking to break in and a patient having anxiety about returning to “normal” after the pandemic, Joe recalls how Debbie taught him what a consummate professional looks like on a set, and Adam gets no respect after crowning an actress with the title of “Scream Queen Winner."

From the Newsroom: Athens Banner Herald

Like the punk records and underground films that inspired and informed her tireless work ethic, Debbie Rochon is a rare find in an age where discovering a cool, obscure independent artist is an increasingly less unique possibility. In this interview recorded on March 11, 2021, Rochon discusses her early life on the streets, experience as a stage performer, and rise to become an icon in the world of indie cinema.

Like the punk records and underground films that inspired and informed her tireless work ethic, Debbie Rochon is a rare find in an age where discovering a cool, obscure independent artist is an increasingly less unique possibility. In this interview recorded on March 11, 2021, Rochon discusses her early life on the streets, experience as a stage performer, and rise to become an icon in the world of indie cinema.

By the early 1990s, Debbie was working with multiple theatre companies in NYC including The Tribeca Lab where she played multiple characters in Stephen DiLauro’s play The Secret Warhol Rituals. In 1993 Debbie began her career in radio co-producing and co-hosting Oblique Strategies on the terrestrial channel WBAI. 1994 was the beginning for Debbie to land lead roles in film. Abducted II: The Reunion would be the first and in 1995 she co-stared in her first Troma produced film Tromeo and Juliet co-directed by James Gunn and Lloyd Kaufman. This would also be the year Debbie would be given her first writing column which appeared in The Job Bob Report, published by Joe Bob Briggs. She would also pen for numerous genre publications including The Phantom of the Movies’ Videoscope magazine which she still writes for today. Of the multiple roles she would portray by decade’s end it would be Hellblock 13, co-staring Gunnar Hansen, that would begin the wheels turning for a new type of role she would soon be known for. During the 1996-1998-time frame Debbie would co-produce and co-host Illumination Gallery for the internet’s first on-line radio station Pseudo Radio.In 2000 director Jon Keeyes cast Debbie in the now cult classic American Nightmare which garnered much acclaim with legit reviewers and audiences alike. Her role as Jane Toppan would solidify her as a go-to actor for roles of the off-kilter and intense kind. By 2002 Debbie began working for Full Moon Entertainment, starring in four feature films with the company. She continued to write for genre publications and contributed chapters to horror themed books. In 2005 Debbie joined forces with what was then known as Scream TV. The company bought Fangoria magazine and Debbie began producing short documentaries including Fangoria Presents Slither Behind the Scenes. In 2006 they launched Fangoria Radio for Sirius/XM where she co-produced and co-hosted the show with Twisted Sister front-man Dee Snider until 2010. The following year Debbie was granted her own column in the magazine called Diary of the Deb, the first column written by a woman for the publication, it was nominated for three Rondo Hatton Classic Horror Awards for best column, winning the esteemed statue in 2014. During this decade Debbie also gave critically acclaimed turns in works inspired by some of her favorite classical writers; The Tell Tale Heart (Edgar Allan Poe), Mark of the Beast (Rudyard Kipling) and Colour From the Dark (H.P. Lovecraft).Debbie appeared on the VH1 reality TV show Scream Queens as a guest judge in 2010. In 2012 she served, with Mira Sorvino, Gabrielle Miller, Tamar Simon-Hoffs and Lana Morgan, as part of the first all-female jury at the Oldenburg International Film Festival in Germany. The same year Debbie had her directorial debut with the extreme body-horror film Model Hunger. ETonline.com hailed Debbie as one of the “40 Top Scream Queens of the Past 40 Years” in 2018. Debbie’s current writing column, Debbie Rochon’s Bloody Underground, appears in the Italian published magazine Asylum. She is currently acting in feature films, writing her book and prepares for her sophomore directing project.

This next guest grew up in British Columbia, Canada &amp; being a child of the streets and victim of much abuse until she accidentally ended up in a featured extra role in Paramount’s “Ladies and Gentlemen, the Fabulous Stains” (1980), but also known for her independent horror film work &amp; counter-culture films. Visit her shop &amp; all of Debbie Rochon debbierochon.com &amp;  https://www.facebook.com/DebbieRochonNewsPage. To Follow Crazy Train Radio Facebook: www.facebook.com/realctradio Twitter: @realctradio Instagram: @crazytrainradio YouTube: www.youtube.com