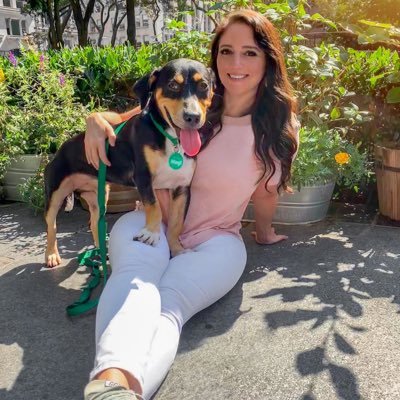 This week we talk to Lisa Lippman and Curtis Jackson, two of the top agents in New York (and she's #14 in the nation) to get at the truth behind what just happened in 2020 and where is it heading.The New York Times just wrote about "The Great Collapse of 2020" saying that "rent in Manhattan had fallen to a level not seen since 2010, and hundreds of the must vulnerable renters faced the prospect of eviction..." comparing the situation to the Great Recession, "when prices fell nearly 10 percent"The Real Deal wrote in "A Garbage Year, The State of Manhattan's Luxury Resi Market in 2020" that contracts declined by 31% and "though the market later rallied, it wasn't enough to get close to the 935 contracts signed in 2019"Meanwhile, Fortune writes that "New York's luxury real estate market should enter 2021 with confidence" and Inman wrote 4 hours ago "this city is poised to become the hottest real estate market of 2021"What can we believe? We ask the experts in the market.Lisa Lippman is one of the The Wall Street Journal top 20 agents in the country (every year) and has sold $43 million of real estate in New York since June when the market opened back up. Curtis Jackson has been named by New York Magazine as one of the top 20 brokers in Manhattan.Lisa Lippman has done 10 deals totaling almost $42,000,000 since the NYC real estate market re-opened on June 22nd. Ranked #1 at Brown Harris Stevens most recently and for the last four years in a row — 2016, 2017, 2018 and 2019 and consistently in the top 50 Brokers in the USA, she has been a top producing broker for over 23 years.Our second guest, Curtis Jackson specializes in the Upper East Side and Upper West Side and also has deep familiarity with Downtown's many exciting established and evolving neighborhoods. He believes New York City offers enduring value as a result of its strength as a globally recognized center of culture and commerce, and enjoys helping his clients make the most of its dynamic real estate market. Since Curtis joined Brown Harris Stevens in 2004, the firm has named him Listing Broker Of The Year for the Upper East Side Office five times and has named him Broker of the Year for the Upper East Side Office six times, most recently in 2015. In addition, New York Magazine has named him one of the Top 20 Brokers in Manhattan. About Boroughs &amp; Burbs:Roberto Cabrera - With 20 years of experience, I have been recognized throughout the industry for achieving outstanding results: Ranked nationally by REAL Trends as one of "America's Best Real Estate Agents” for avg. sales price of $4.350M. Sold a single family Townhouse faster than any other on the Upper West Side over $10M. I live with my wife and daughter on the Upper West Side, the neighborhood I have called home for the past 23 years. John Engel - John Engel is a consistently top-producing agent in Fairfield County, Connecticut. John recently won the 2019 Realtor of the Year Award in New Canaan where he is currently the Chairman of the Town Council. John also brings an insight into internet-based marketing that is unsurpassed. Before going into real estate he was the founder of two successful internet businesses, Paper.com and e-Media for which he won the prestigious Entrepreneur of the Year Award. John spent his earliest years in Stuyvesant Town (before it was cool) and finished his growing up in New Canaan before attending Davidson College in North Carolina. After graduating, he served as an officer in the U.S. Army and spent some time leading a military intelligence platoon on the front lines of the first Gulf War. He currently lives in New Canaan with his wife Melissa and four children. In addition to hosting this podcast on the market each week, John Engel produces an easy-to-understand and in-depth monthly market analysis called the Market Report for the 16 towns of lower Fairfield County.