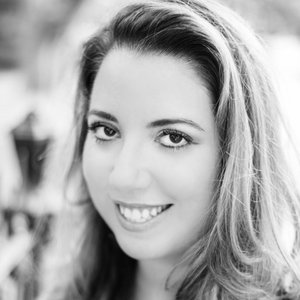 Author Interview With Chanel Cleeton and New Releases For the Week of August 01, 2022

This episode begins with an author interview, Chanel Cleeton, is today's guest. Immediately following is The guide to some of the new books coming out the week of July 26, 2022. You can always contact the Book Bistro team by searching @BookBistroPodcast on facebook, or visiting: https://www.facebook.com/BookBistroPodcast/ You can also send an email to: TheBookBistroPodcast@gmail.com For more information on the podcast and the team behind it, please visit: http://anchor.fm/book-bistro

Next Year in Havana- Chanel Cleeton

Confessions of a Curiouser 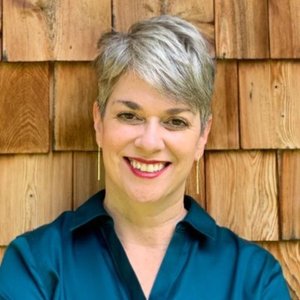 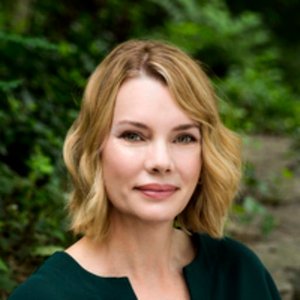 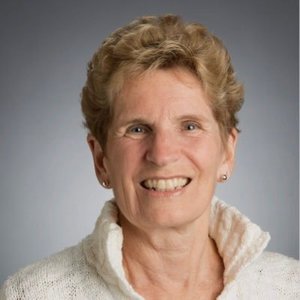 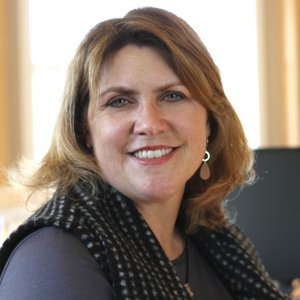 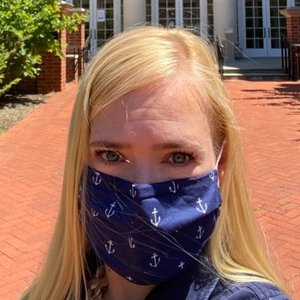 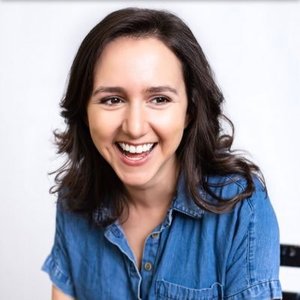 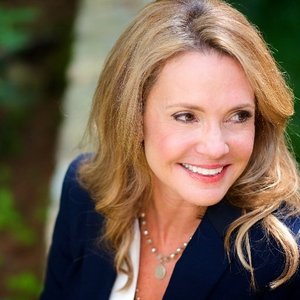 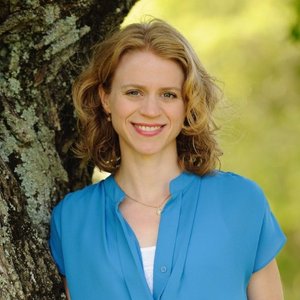 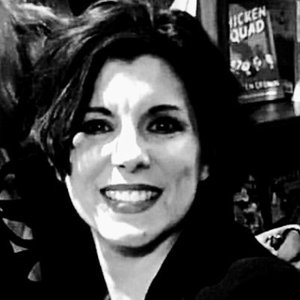 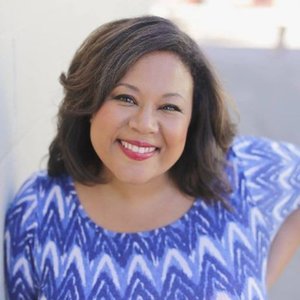 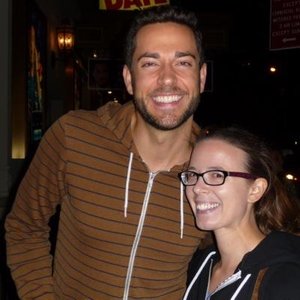 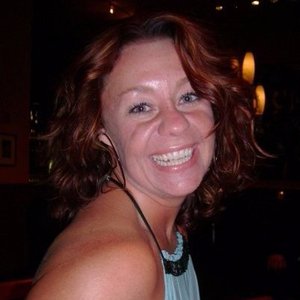 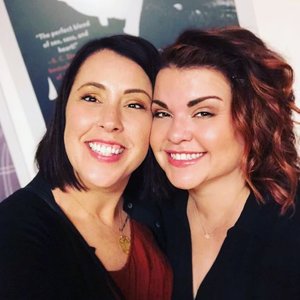 Summer reading season is upon us and we think the latest novels from May Cobb, Adele Myers and Chanel Cleeton are perfect for stashing away in your carry-on or summer beach bag. To learn more about listener data and our privacy practices visit: https://www.audacyinc.com/privacy-policy Learn more about your ad choices. Visit https://podcastchoices.com/adchoices

Ep 26 - Book: Next Year in Havana by Chanel Cleeton

Welcome! Here's our discussion of the May Book of the MonthPlease join us on FB group Books, Cats &amp; Snacks Virtual Book Club. Next book to read is Where the Crawdads Sing by Delia Owenscontact us:bookscatssnacks@gmail.comIG: @bookscatssnackspodcast

The Fab Four welcome bestselling authors Sarah McCoy (MUSTIQUE ISLAND) and Chanel Cleeton (OUR LAST DAYS IN BARCELONA). The women discuss their research processes and how that was effected by Covid restrictions on travel, the challenges of writing about real historical figures in fiction, and how much of their actual family stories and histories were folded into their writing of their recent historical novels. On the After Show we welcome the writing duo of Christina Lauren to discuss their latest rom-com SOMETHING WILDER.

Interview with Chanel Cleeton - OUR LAST DAYS IN BARCELONA

In this interview, Chanel and I discuss Our Last Days in Barcelona, writing a dual timeline story, how readers wanted to learn Isabel's story, why writing historical fiction starts with research, the connection between all of her book titles, and much more.Chanel's recommended reads are: The Winter Orphans by Kristen Beck Sister Mother Warrior by Vanessa Riley Support the podcast by becoming a Page Turner on Patreon.  Other ways to support the podcast can be found here.    If you enjoyed this episode and want to listen to more episodes, try Natalie Jenner, Judithe Little, Renee Rosen, Adriana Trigiani, and Tony Birch.Our Last Days in Barcelona can be purchased at my Bookshop storefront.     Connect with me on Instagram, Facebook, and Twitter.   Learn more about your ad choices. Visit megaphone.fm/adchoices

Episode 54: The Most Beautiful Girl in Cuba by Chanel Cleeton

Chanel Cleeton’s latest Cuban historical, The Most Beautiful Girl in Cuba, covers the remarkable real-life story of Evangelina, a young Cuban noble woman who became an “overnight celebrity” in a bitter New York circulation war that birthed the world of newspaper tabloid journalism we see today.Hi there, I'm your host Jenny Wheeler, and today Chanel talks about the birth of yellow journalism and the role the Cuban War of Independence in the 1890s played in its creation. It's a colorful story, poignant, with lots of human emotion and larger than life characters, like William Randolph Hearst and his bitter rival Joseph Pulitzer.Six things you’ll learn from this Joys of Binge Reading episode:The special pleasure in writing her family's storyEvangelina's remarkable influenceHow intense Press Baron rivalry helped spark a warThe role of female stunt journalists in sensationalizing newsThe wonderful camaraderie of the Reese Witterspoon clubMore Perez family stories to comeWhere to find Chanel Cleeton: Instagram: https://www.instagram.com/chanelcleeton/Facebook: https://www.facebook.com/AuthorChanelCleeton/Goodreads: https://www.goodreads.com/author/show/7383025.Chanel_CleetonBookbub:  https://www.bookbub.com/profile/chanel-cleetonAmazon: https://www.amazon.com/Chanel-Cleeton/e/B00G1BWPD2What follows is a "near as" transcript of our conversation, not word for word but pretty close to it, with links to important mentions.But now, here’s Chanel.Introducing author Chanel CleetonChanel Cleeton - Reese Witterspoon Book Club selectionJenny Wheeler: Welcome back, Chanel. It's great to talk with you again.Chanel Cleeton: Thank you so much for having me again. I'm thrilled to be here.Jenny Wheeler: For those who weren't with us then, you were on the show in 2019 with your first Cuban historical, Next Year in Havana, which had the distinction of being a Reese Witherspoon Book Club Choice. Now you've got your third Cuban historical out, The Most Beautiful Girl in Cuba.These books are wonderful. You're digging back into your own heritage with these stories., aren't you? Tell us a little bit about your family links with Cuba.Chanel Cleeton: I'm Cuban American. My family came over from Cuba in 1967 after the revolution in 1959. They came to the United States as refugees, and I grew up on their memories of Cuba and their love for their homeland, and so it’s been fascinating for me to be able to explore that part of my heritage and learn new things about Cuban history as I go back in time and imagine what my ancestors’ lives might have been like.Jenny Wheeler: This book draws more heavily on true events than the earlier ones did, and it reveals some harrowing information about the way the Cuban population suffered in the War of Independence in the late 19th century. Did knowing that it was your family’s shared experience give this period a special interest and poignancy for you?Chanel Cleeton: It really did. It was one of those things where I asked my grandfather about it and if he had heard anything, because it's something my great-grandparents would have lived through. Unfortunately, I don't know what my family's experiences were like during that time period, but it definitely made me interested to imagine what it would have been like for them in such heightened and also important times in Cuban history.The real Evangelina CisnerosIt was interesting to be able to go back to that and look at what my fictional characters went through and imagine what my ancestors would have as well.Jenny Wheeler: We've mentioned that it's based on true events and it's built around the story of a real-life woman who attracted American interest. She was well born, she attracted the ire of the Spanish authorities and was thrown into a confined situation for reasons that are really very feeble, because they suspected her father of something.

Bestselling novelist Chanel Cleeton discusses her novel- THE MOST BEAUTIFUL GIRL IN CUBA - historical account of US Newspaper's influence in the the battle for Cuba's independence from Spain.