In this episode: The fellas are back, and we’re joined by friend of the show Jae Knox for another dope Episode, the Halloween special. Gee had a problem with the bearded community when KG mentioned that his beard actually connects (6:40). KG mentions his first concert since the pandemic started (12:47). We then discuss if the fellas will sign up for Lisa Raye’s Only Fans (19:50). Cornel &amp; Jae try to give game on initiating the late-night booty call (49:00) and much more! Listen👂🏾&amp; Indulge 😌

In this episode: The whole crew is back, and we have a couple of friends of the show in Jae &amp; Cornell to join us! The fellas discuss the legendary VerzuzTv celebration between Snoop and DMX before it takes place and gives our predictions (8:39). They also get into Nick cannon fired from Viacom over his “Anti-Semitic” statements (33:21). We also get into Meg tha stallion and Tory Lanez, Travis Scott dubbing T-pain, Corona Virus spiking in LA, and much more!! Listen 👂🏾 and indulge 😌 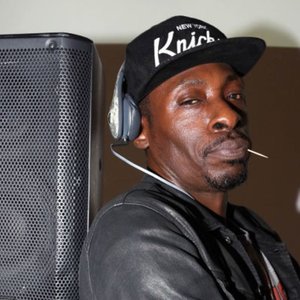 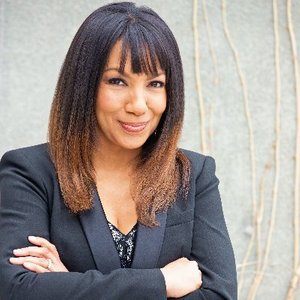 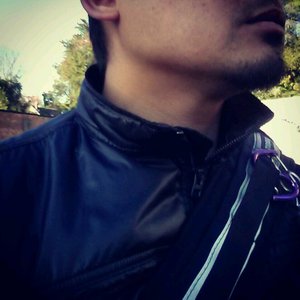 This episode is the beginning of the TalkTooEmCon revamp. Conway interviewed artist Jae Knox. He is raised in Baltimore currently living in California, the 40s to be exact.Jae music is for the introvert person. He believes he makes music for the ones who are afraid to use their voice.CLICK PLAY -----&gt; to hear who Jae Knox is and his upbringing as well as what inspires his music.--- Support this podcast: https://anchor.fm/talktooemcon/support

Sorry having technical difficulties no music on this episode but, we're over here at the 420 wrap up are risking it all to give you guys some type of entertainment in these trying times. KG tries to back Gee into a corner, and trying to see who he’s been spending his quarantine time with? (5:40) We then reflect on the recent run of IG live “hit for hit” battles, and of course, Gee has his thoughts. (14:02) KG says the streets are done with Jeezy making a “triller” music video, but Jae and Gee don’t agree. (19:11) Gee gives his opinion on the new gangsta “cha-cha” slide with Drake releasing “Toosie slide.” (36:45) and much more! Listen👂🏾&amp; Indulge 😌

The fellas are all back including sketch superstar Kendall! We got a full episode for you and we start off with this Lizzo wardrobe situation (12:50). Somehow we discover G is Lizzo’s biggest fan on the low 😂 (26:00). RIP to the young king Juice World and the guys share their thoughts on his passing (28:07). We discuss the BIGGEST BEEF OF THE YEAR Eminem vs Nick Cannon (33:45). We end off with some dating topics, specifically have women dating standards changed/improved. Forgive us it’s a room full of male toxicity so they answered this as best the could 🤦🏾‍♂️😂 (60:04). Listen 👂🏾 &amp; Indulge 😌

On this week’s episode we don’t get into too many topics on this episode the fellas mainly just clowning on each other mainly at Gary’s expense! (13:03) Then after that KG reveals everything isn’t well at home with the girl friend but he is working things out everyday and the fellas help him through this time the best way they know how, to make plenty of jokes (21:02). Halfway through the episode KG has to leave to go get dinner with his GF and the podcast is left in Gary’s hands, let’s see how it goes! (43:53) Listen &amp; Indulge

On this weeks episode we invite friend of the show Jae on to kick it with us. We talk about BET weekend in LA (6:48). We get into sports and KG’s Knicks depression (45:54). KG’s girl offers some softer relationship topics that we turn toxic very quick (1:02:19) and a lot of interesting random conversation y’all in between. Listen &amp; Indulge

This week episode was suppose to be structured with KG coming in with a well detailed list of topics. But as soon as Madden is turned on and the trash talking ensues all that went out the window!! The guys try to talk new music but somehow it turns into a convo of all the rappers Gary think is trash! Whole bunch of organized chaos. Listen &amp; Indulge

We’re back!!! We have a few familiar familiar faces with Kenny G, Gary, &amp; Kendall but we invite friend of the show Jae back on and we have the young homie GeeDubb rolling blunts and chiming in every now-and-then. We start this episode off by playing the homie from Baltimore Kenny Wallers new music “Kao Ken” available on Soundcloud now!! We get into some politics, sports, and new music thats been talked about and released within the past two weeks since we been gone. Of course we commend KING JAMES for starting a school in Akron and all of what it is doing for the kids in that community. We unfortunately transition to Donald “Dick Head Donnie” Trump calling out Don Lemon and Lebron James for their recent interview aired on CNN. We get into him also including Michael Jordan in his tweet and what impacts that may cause. We didn’t forget the new music that has recently come out either!! Listen &amp; Indulge!!Song “Kao Ken”- Kenny “Apt301_kenny” Waller https://soundcloud.com/apt301/kao-ken

On this week's episode the fellas try to give you fire content in the middle of this LA heat wave!!! We get into Future's new mixtape Beast Mode 2. We get into the recent tweets he had about fathering a lot of the new generation of rap, is he speaking fact or fiction!?!? Torey Lanez out there wilding and swinging on a fan at his show in Toronto. G.O.O.D Music tour are we excited for it?? Will Teyanna Taylor be on the tour and if so will she perform the K.T.S.E album or the rerelease album she hinted towards?? Drake eclipsing a billion streams with this "Scorpion" album is this his best album in his discography. We get a little sports heavy at the end since the homie Jae is with us so Kenny brings up his beloved Knicks and the performance Kevin Knox had in summer league and Jae gives his opinion on Lebron coming to LA and the mural that was put up.