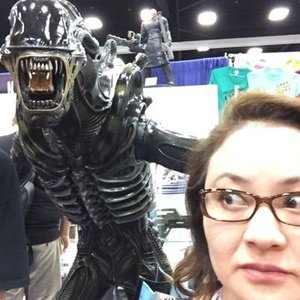 ﻿Emmy-award-winning Editor Nena Erb discusses with Jan Price her fascinating career, including her impressive work, award nomination, and win for the HBO original series, "Insecure!"'Insecure' is available to stream on HBOMax.Nena Erb, ACE, is a picture editor based in Los Angeles. Raised in an immigrant family, Nena's father wanted her to be a doctor, and her mother wanted her to be a pianist with the L.A. Philharmonic. Nena wanted to be Andy Warhol.Armed with an art degree, a friend brought her into the industry, and she started working in various capacities in production. Her stint as an associate producer opened her eyes to the impact of editing. It combined her love of photography and storytelling into one, and she was hooked. Since then, she has edited shows for HBO, Universal, Apple, and others.In 2016, she received an Emmy award for HBO's documentary series Project Greenlight. In addition, she has received three ACE Eddie nominations: two for her work on HBO's comedy-drama series Insecure and the third for C.W.'s acclaimed musical comedy series Crazy Ex-Girlfriend. Nena received her second Emmy award in 2020 for her work on season 4 of Insecure. Her parents no longer asked if she'd reconsider medical school. Hosted on Acast. See acast.com/privacy for more information.

In Conversation with Nena Erb, ACE

Today’s episode is the online master series that took place on August 25th, 2020. In Conversation with Nena Erb, ACE. We discussed her television career which started as a PA in the art department of MADtv and has progressed to being an Emmy winning editor on HBO's documentary series Project Greenlight and Insecure. She has also worked on Crazy Ex Girlfriend and the Apple series Little America. We talked about her work on Insecure which landed her an Emmy win in 2020 and most recently an Eddie award nomination. 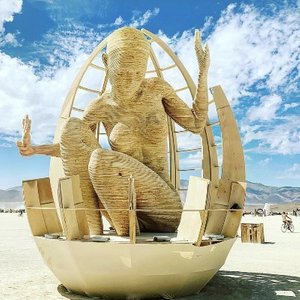 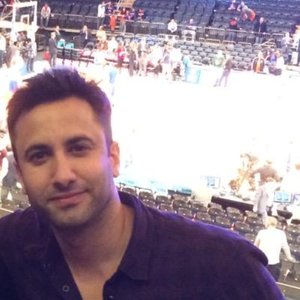 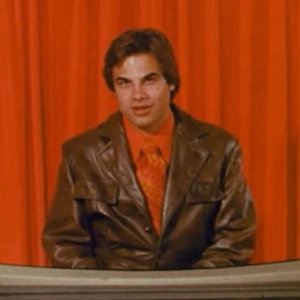 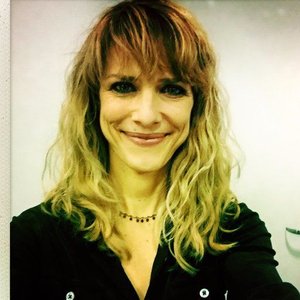 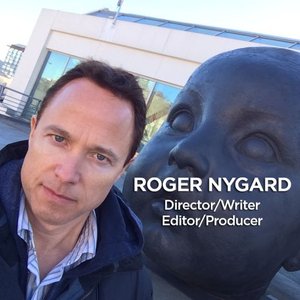 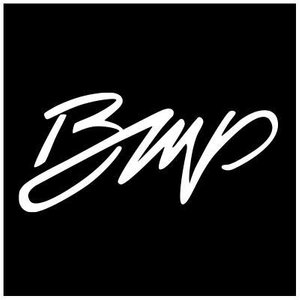 BEHIND THE LENS #275: Featuring Ryan Barton-Grimley and Nena Erb

And what a show we've got today thanks to our special guests, writer/director RYAN BARTON-GRIMLEY and Emmy-nominated Editor NENA ERB!First up, RYAN BARTON-GRIMLEY "stakes" his place on the show to talk about the upcoming Dances With Films world premiere of his latest film – HAWK &amp; REV: VAMPIRE SLAYERS! Always a fan of vampires and slaying, HAWK &amp; REV is pure hilarity with fun performances and 80's pop culture references (poor George Clooney), not to mention solid production values. And, in addition to writing and directing HAWK &amp; REV, Ryan stars in the film as Hawk, and does editing work as well. Listen between the laughter as Ryan talks about the concept, his love for the 70's and 80's films which are the basis for the design of the film, characters and casting, cinematography and working with cinematigrapher Sean Ayeres, the use of color, time lapse, VFX and VFX, the importance of pre-vis and storyboarding, Robbie Elfman's scoring, and more! HAWK &amp; REV has its World Premiere on August 28th as the Midnight Feature on Opening Night of Dances with Films. It's also closing the festival on September 5th! This is an absolute "Must See Festival Film"!And then Emmy nominee NENA ERB joins us to talk about her latest Emmy nomination for Outstanding Single-Camera Picture Editing for a Comedy Series for her work on the multi-nominated HBO comedy series INSECURE. Take a listen as Nena talks about her process for editing a single-camera comedy series, selecting an episode for Emmy consideration – in this case, her Emmy nominated "Low Key Trying", finding the balance between interpersonal comedy and drama, bringing "herself" into the editing, going with her gut, working with director Kerry Washington, the editing process and timeline of pressure from script to editor's cut, mentoring, and so much more.http://behindthelensonline.net http://eliasentertainmentnetwork.com

Featuring...​Nena Erb - Emmy's 2020 nominated editor. Nena has been working on HBO's comedy drama series 'Insecure' since the shows third season and has been nominated in the editing category at this year Emmy's. Nena has edited a range of TV shows over the course of her 18 year career from drama to documentary and reality TV. She says her goal is to 'advance the stories of others' and for an episode of Apple TV's docu-series 'Little America' she edited an episode which focussed on a gay man fleeing persecution in Sudan. Nena immigrated to the United States from Taipei, Taiwan in the 70's.

Nena Erb, an ACE and Emmy®-winning editor, for her work can be seen on HBO's Emmy®  nominated and Peabody award-winning series INSECURE, episode Lowkey Trying directed by Kerry Washington. As both an Asian American and person of color, she is committed to advancing the stories of others. She is thrilled to be a continuing part of the team showing the reality of life for modern women of color in America.  Her work can also be seen on Apple TV’s groundbreaking Little America series.  As an immigrant herself, she’s excited to help shape standout episodes for this series this season including The Son, tackling a gay man’s struggle for safety and love as he attempts a harrowing immigration to the United States and The Silence, which charts love among immigrants in a situation where sound/speaking is forbidden. Emmy nominated editor Nena Erb joins us to talk about the career decision that brought her to the editing suite and why mentoring others is her way of helping others “get into the room” where they can have a positive impact on the stories being told. For the latest on the work of Nena Erb go to: nenaerb.comTo find out more go to: hbo.com/insecure

Ep. 01 - Navigating an Emmy-Winning Career and a Deeper Look at the Editing of "Insecure" with Nena Erb, ACE

The Hollywood Editing Mentor podcast is here! In the first episode, I have a conversation with editor Nena Erb, ACE about her Emmy-winning career in unscripted television and how she was able to transition to scripted shows and continue receiving accolades for her work. We also dive into the editing process of the episode she cut with her assistant editor, Lynarion Hubbard, on season 4 of HBO's Insecure, which recently landed them a shared nomination for Outstanding Single-Camera Picture Editing for a Comedy Series at this years Emmys. Nena also shares how she is an advocate for mentoring and how she's actively promoting more diversity in the workplace. Raised in an Asian immigrant family, Nena Erb’s father wanted her to be a doctor and her mother wanted her to be a pianist with the LA Philharmonic. Nena wanted to be Andy Warhol. Armed with an art degree, a friend brought her into the industry and she started working in various capacities in production. It was her stint as an associate producer that opened her eyes to the impact of editing. It combined her love of photography and storytelling into one and she was hooked. Since then, Nena has been the editor on productions for HBO, Universal, ABC, CBS, Apple, and others. In 2016, she received an Emmy® award for her work on HBO’s documentary series Project Greenlight. In addition, she has received two ACE Eddie nominations for her work, one for HBO's Peabody award-winning series Insecure and the other for CW's acclaimed series Crazy Ex-Girlfriend. Her parents no longer ask her if she’d reconsider medical school. Subscribe to the Hollywood Editing Mentor podcast and newsletter to stay up to date with all future episodes, informative content, and exclusive offers!Original Music: "Apollo's Haze" by JesusdapnkFacebook: www.fb.com/jesusdapnkSoundcloud: www.soundcloud.com/jesusdapnkInstagram: @jesusdapnk

This week, we discuss Geena Davis, the Geena Davis Institute on Gender in Media, and their new tool “GD-IQ: Spellcheck for Bias.” Then, we interview Nena Erb, ACE, an Emmy-winning editor based in Los Angeles. Nena has been the editor on productions for HBO, Universal, CBS, ABC, and others. In 2016, she received an Emmy award for her work on HBO’s documentary series Project Greenlight, and in 2019, she received an ACE Eddie nomination for her work on HBO’s Peabody award-winning series Insecure. Currently, she is editing Little America, an anthology series on America’s immigrants, produced by Kumail Najiani, Emily V. Gordon, Alan Yang, and Lee Eisenberg.

After last week's 200th episode celebration, we return to a more normal show this time around. Matt returns to the co-host chair once again as we discuss the latest tv and film news, plus we have an interview with Emmy-winning film &amp; tv editor, Nena Erb.Nena Erb is the Emmy-winning editor of 'Insecure' &amp; 'Crazy Ex-Girlfriend'. Raised in an Asian immigrant family, Nena’s father wanted her to be a doctor and her mother wanted her to be a pianist with the LA Philharmonic. Nena wanted to be Andy Warhol... After graduating with an art degree, a friend brought her into the industry and she started working in various capacities in production. It was her stint as an associate producer that gave her the opportunity to work closely with editors. This proved to be a defining moment for her interest in post-production.Nena has been the editor on productions for HBO, Lionsgate, 20th Century Fox, CBS, ABC, and others. She is experienced in multiple genres from drama series to feature films, documentaries and comedy. In 2016, she received an Emmy award for her work on HBO’s documentary series 'Project Greenlight', and in 2019, she received an ACE Eddie nomination for her work on HBO's Peabody award-winning series 'Insecure'. Most recently, she has been editing the final season of the critically acclaimed series, 'Crazy Ex-Girlfriend' starring Rachel Bloom.Support this show http://supporter.acast.com/geektown. Hosted on Acast. See acast.com/privacy for more information.