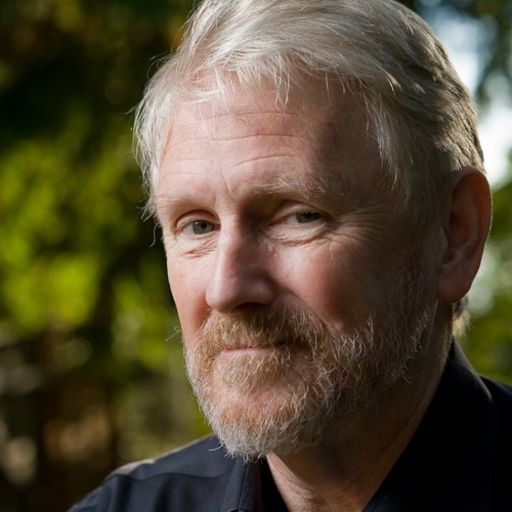 How Did You Learn That?

Joining me this week, was the five-time author, Bo Burlingham. Bo is best known for his book Small Giants: Companies That Choose to Be Great Instead of Big which was published in 2005 and was a finalist for the Financial Times Goldman Sachs Business Book of the Year Award. He went on to build a career in journalism where he joined Inc. Magazine. He was there as the publication started covering companies that were new and curious at the time. Companies like Apple and Microsoft led by these strange, brilliant founders Steve Jobs and Bill Gates and Bo cut his teeth interviewing them and writing about them for the magazine. His writing has spawned communities and his life has spanned 50 years of marriage which has spawned two children and four grandchildren. This was a fascinating conversation with someone who had a first-row seat to the birth of the new economy in the United States. Please enjoy!

Episode Description: Bo Burlingham is an author of numerous books, writer for Inc Magazine and contributor to Forbes. Check out the full show notes at TheAgileWire.com YouTube: https://youtu.be/-ZLY2p6LNOE 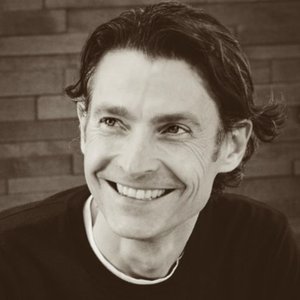 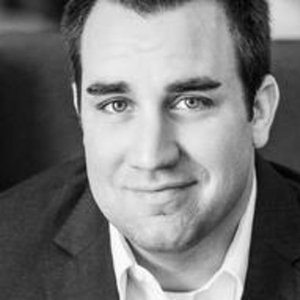 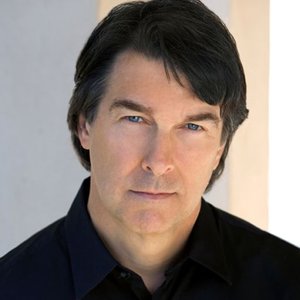 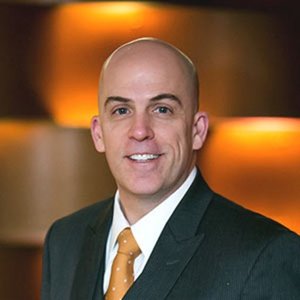 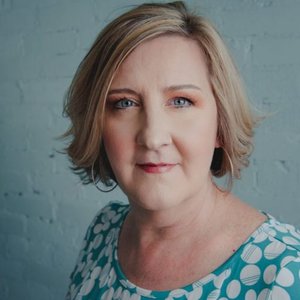 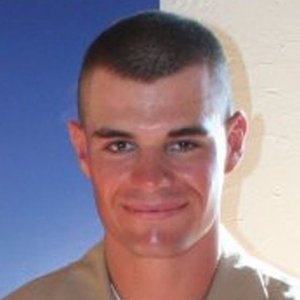 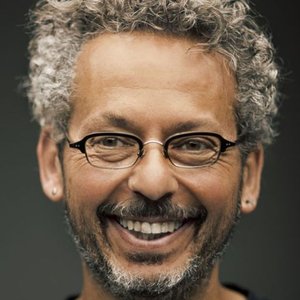 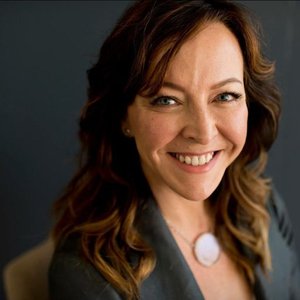 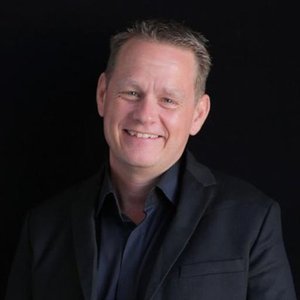 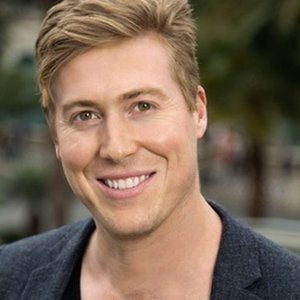 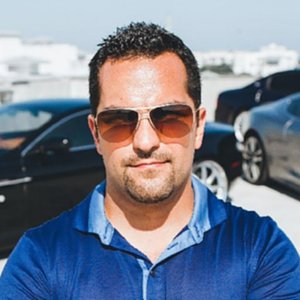 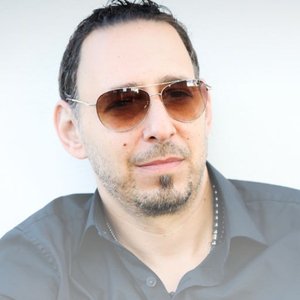 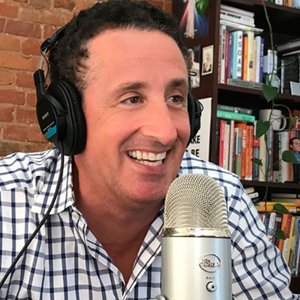 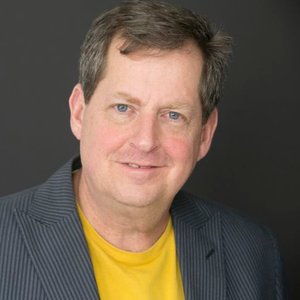 Today's interview is with award winning journalist and author Bo Burlingham. Bo Burlingham is an editor-at-large of Inc. magazine and the author of five books, the most recent being Finish Big: How Great Entrepreneurs Exit Their Companies on Top (Portfolio/Penguin, 2014). A previous book, Small Giants: Companies That Choose To Be Great Instead of Big (Portfolio/Penguin, 2006), was one of five finalists for the 2006 Financial Times/Goldman Sachs Business Book of the Year award.Today we discussed elements from his book 'Small Giants'. Download a free trial of our magazine - https://MagsFast.com/Get-Magazine/?code=61c6fbc691&amp;mid=1326

On this episode of the Growing with Purpose podcast, host Paul Spiegelman talks with Bo Burlingham, author of the Small Giants book among many others, former executive editor of Inc. Magazine, a Forbes contributor, and co-founder of the Small Giants Community. When Bo Burlingham published Small Giants: Companies That Choose to Be Great Instead of Big, he didn't know he was starting a movement. In the years since, entrepreneurs around the world and from across industries have picked up the Small Giants book and had a lightbulb moment. Even more, these entrepreneurs felt a sense of relief in discovering that there were other leaders out there who also believed in a different way of doing business: putting people and purpose before profits. Not long after, the Small Giants Community formed to bring these leaders together to learn and grow with purpose. Those involved with the Small Giants Community today are familiar with Bo's writing and the inspiring ideas he explores in his books, but what you might not know is Bo's storied journey into business journalism. Bo has always had a spirit of curiosity, and in college, he was drawn into many of the radical movements of the 1960s and 1970s. But his counterculture ideals didn't last forever — eventually, Bo wound up working at Fidelity Investments, before moving into a role as a founding editor at Inc. Magazine. Although much has changed for Bo over the years, his values never have. In this special episode with the Small Giants author and co-founder, hear Bo's reflections on what makes a company great and what the future holds for Small Giants companies. Plus, hear Paul and Bo revisit how they first met and what their relationship has meant to them over the years.

Every entrepreneur exits. It’s one of the few absolute certainties in business. The more prepared you are when that day comes, the more likely it is that the parting will be a happy one. But that’s not the only reason for beginning to work on an exit plan. Bo joins us to chat about his book and to share some of the research he has done with entrepreneurs all over the world. You’ll begin to view your company as a product, and you’ll identify the best practices that will make it a top-of-the-line product. In this presentation, Bo Burlingham explains what those best practices are, and shows how adopting them will give you a better, stronger business while you’re still there.

021: How to Exit Your Company on Top with Bo Burlingham

Business owners work their whole lives to build a company they are proud of. But when the times comes to leave this company and move into the next phase of their lives, they find themselves at a loss for how to proceed. When Bo Burlingham realized just how many business owners struggle with how to exit their company, he decided to write a book on it.  Bo is a business journalist and author of five books, the most recent being Finish Big: How Great Entrepreneurs Exit Their Companies on Top (Portfolio/Penguin, 2014).  Today, Bo joins the podcast to discuss how to exit your company well. How can owners who are getting ready to move on prepare for the next phase in their lives? FULL SHOW NOTES CONNECT WITH US Twitter LinkedIn

#211: What it Takes to Finish Big with Bo Burlingham

Bo spent over twenty years as an editor and editor-at-large of Inc. Magazine and is the author of five books, including three of my personal favorites Finish Big, Small Giants and The Great Game of Business. Bo explains to us the wide range of “good” and “bad” exits from businesses built by owner-founder entrepreneurs, and why over 75% regret the sale 12 months later. What You Will Learn in Today’s Podcast Interview: Why the word “exit” is a curse word for most business owners Why the word “exit” can mean different things to your role vs your ownership How to avoid regretting the eventual sale of your company How to get clarity on what you want from your business The 7 components of a sale that help an owner achieve the 25% who are happy The importance of understanding how the company value impacts your exit options and your personal drivers Bo’s 4 (sometimes 5) characteristics of a “good exit” Why missing just one principle leads to a “bad exit” and can put you in the 75% What to think about in order to prepare you to mentally for a sale How Bo’s work intersects with the 5 Intentional Growth™ Principles The Seven P’s of Evergreen companies according to Bo and the Tugboat Institute How companies that plan to last over 100 years think about their businesses Podcast Summary: Today’s episode is particularly special for me. I read Bo’s book Finish Big back in 2015 after our family company’s sale. His book was the reason I started this podcast and eventually created the Intentional Growth™ 5 Principles. I had the chance to interview Bo when this podcast was first starting (ep. #16), and today we have the chance to catch up and talk about the changes myself and my business have undergone over the past four years. Bo explains to us the wide range of “good” and “bad” exits from businesses built by owner-founder entrepreneurs, and why over 75% regret the sale 12 months later. He shares what the entrepreneurs did who were proud and happy with their exit compared to those who were not. Bo and I reconcile his research with my four years of work and over 200 interviews.   One of Bo’s key takeaways from his research was: business owners that know “who they were, what they wanted and why” were the happiest about how things had unfolded during and after their exit. In my work, I found that the missing piece was a framework that helps owners figure these pieces out.   Bo emphasizes the value of our framework today when we talk about just how important is it to intentionally approach your company and plan for the future, which includes building a valuable company that gives you options, and why being educated is the missing link to eventually getting what you want from your business. About the Guest: Bo Burlingham is currently a contributor to Forbes where he produces the magazine's annual Small Giants section. Previously, he worked for 33 years at Inc. magazine, as senior editor, executive editor, and editor at large. He is the coauthor, with Jack Stack, of The Great Game of Business and A Stake in the Outcome and, with Norm Brodsky, of The Knack (renamed Street Smarts in paperback). He is also the author of Small Giants and Finish Big. The popularity of Small Giants led to the creation of the Small Giants Community where business leaders learn and share practices and systems they can use to make their companies great, whether or not the businesses are big. Podcast Interview Quotes: 14:32 – “One thing that struck me was how many people I talked to were unhappy and wished they hadn’t sold their businesses and were full of regrets and that there were parts of the whole experience that they didn’t like.” – Bo Burlingham 21:42 – “People who have a clear idea in their own mind about who they are or what they want and why are able to make decisions that are going to make them happy. Whereas otherwise  you end up making decisions based on other people and what they think you should do.” – Bo Burlingham 22:00 – “It’s important to build a sellable company and by ‘sellable’ I mean that you’re able to sell your company to who you wanted, when you wanted, and why--or for an amount that you considered fair.” – Bo Burlingham 52:00 – “There are a lot of responsibilities that come with ownership and there are a lot of times where you have to do things you don’t want to do.” – Bo Burlingham 58:43 - “I really think the most powerful business tool that I have ever seen has been open-book management. At least, as it’s been practiced by Jack Stack.” - Bo Burlingham Links and Resources: Episode with Norm Bordsky: From Bankrupt to $270 Million Dollars Finish Big: How Great Entrepreneurs Exit Their Companies on Top, by Bo Burlingham Small Giants: Companies That Choose to Be Great Instead of Big, 10th-Anniversary Edition, by Bo Burlingham Mastering Your Cash Flow Digital Course ARKONA Boot Camp Reach out to me if you have questions about the boot camp! You can also reach out to me via email at rtansom@arkona.io, on my LinkedIn.

Today’s guest is an icon in the business world. He wrote many best-selling books such as “Small Giants: Companies That Choose to Be Great Instead of Big,” that allow us to rethink how business cultures are created. Meet Bo Burlingham.

Rishi Narayan & Small Giants: Companies That Choose to Be Great Instead of Big. by Bo Burlingham

In this episode, Rishi Narayan, Founder of Underground Printing, talks to our host, Cameron Albert-Deitch, about his book smart pick, Small Giants: Companies That Choose to Be Great Instead of Big by Bo Burlingham