The “Cinephile Cuties” are ready to celebrate their 100th episode in a blue fashion. That’s because they’re chatting about the 1986 film by David Lynch - ‘Blue Velvet.’ And joining them is the honorary third host of Farthouse - Lucé Tomlin-Brenner!If you like this show, join our Patreon!Follow Farthouse on Twitter and InstagramFollow Patrick and Casey on TwitterAnd follow Patrick and Casey on Letterboxd

Legendary filmmaker, David Lynch, joins Raghu for a chat on finding true happiness, creativity and peace through Transcendental Meditation.David Lynch is a filmmaker, painter, photographer, sculptor, musician, woodworker, and founder and chairman of the David Lynch Foundation for Consciousness-Based Education and World Peace. Possibly best known for his work on the cult classic film, Dune, as well as the CBS series, Twin Peaks; David’s life’s mission has been to spread the benefits of Transcendental Meditation throughout the world. Tune into his Daily Weather Report, short films, and more surprises, on his David Lynch Theater Youtube channel, and check out DavidLynchFoundation.org for more Transcendental Meditation education and resources.Explore the intersection of Buddhism &amp; Bhakti with Raghu and an eclectic group of dharma teachers and mindful artists at the inaugural Love Serve Remember Summer Mountain Retreat August 25th - 29th in Boone, NC!"A human being is like a lightbulb—we radiate out what's inside. So if you're filled with anger, stress, and hate, you'll radiate that out. People don't like to sit down next to somebody who's filled with anger and negativity. On the other hand, if you're filled with happiness and love, you radiate that out; people like that and they feel good around you. It's just the way it is" – David LynchSee Privacy Policy at https://art19.com/privacy and California Privacy Notice at https://art19.com/privacy#do-not-sell-my-info. 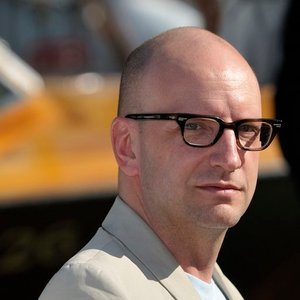 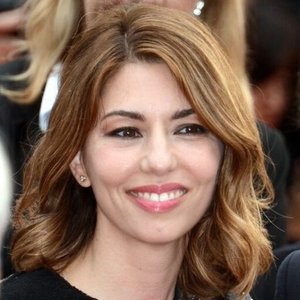 Hammo and Ben Ellwood are back with the next instalment of their Deep Dive Director series as they dig into the world of David Lynch. Today's episode looks back on their changing attitudes to the film Twin Peaks: Fire Walk with Me. Bonus Squid - Patreon Hosted on Acast. See acast.com/privacy for more information.

First up, Josh catches up with the enigmatic genius that is David Lynch on the occasion of the re-release of INLAND EMPIRE.Then, for our deep dive chat, it's Josh Brolin! Brolin in the middle of a hell of a second act and he's here to tell the tale. The star of NO COUNTRY FOR OLD MEN, MILK, &amp; THE GOONIES reflects on his long strange trip, including pit stops in the MCU as Thanos and now a metaphysical western on Amazon, OUTER RANGE.You can purchase tickets to a LIVE Happy Sad Confused event now!4/21 at 8pm -- THE NORTHMAN screening followed by a conversation with Alexander Skarsgard. Purchase tickets here. Don't forget to check out the Happy Sad Confused patreon here! We've got exclusive episodes of GAME NIGHT, video versions of the podcast, and more!For all of your media headlines remember to subscribe to The Wakeup newsletter here! Learn more about your ad choices. Visit megaphone.fm/adchoices

Hammo welcomes back comedian Ben Ellwood to continue their latest Deep Dive Director series. This season is all about David Lynch and today's podcast delves into the 90s classic Wild at Heart. Bonus Squid - Patreon Hosted on Acast. See acast.com/privacy for more information.

To commemorate the 25th anniversary of “The Lost Highway” Ralph and I take a look back at the illustrious career or a True American Treasure, the genius filmmaker / artist / musician David Lynch. Intro:     “Everything Went Black” – Composed and recorded by Mike Hill Outro:   “This Magic Moment” – Composed by Doc Pomus and Mort Shuman, originally perfomed by The Drifters and covered by Lou Reed

Building up to the game with Leeds on Wednesday evening, Gav Jones chats with Freelance Journalist David Lynch:They discuss:* Norwich Win* Leeds Form* Concussion Subs* Liverpool Team selection* Fabio Carvalho TransferPlease visit KENN7.com for official Sir Kenny Dalglish merchandise and please support the Marina Dalglish Appeal at anfieldindex.com/mdaPrefer to listen to our shows without the ads? We've got your back, just head on over to http://anfieldindexpro.com and supercharge your listening experience.Chat and debate 24/7 with other Reds, join our FREE Discord community at https://bit.ly/3geu605Follow us on Twitter: https://bit.ly/3u9gYShFind us on Facebook: https://bit.ly/3KWFxbdSubscribe on YouTube: https://bit.ly/3KXImsjFREE iOS app: https://apple.co/3KSqdMGFREE Android app: https://bit.ly/32KMxqmSupport this show http://supporter.acast.com/theanfieldindex. Our GDPR privacy policy was updated on August 8, 2022. Visit acast.com/privacy for more information.