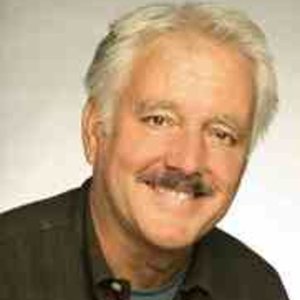 Prospering as a New Coach: A Discussion With Steve Chandler

In this fascinating episode of Coaching Uncaged, Animas Centre Director Robert Stephenson is joined by business and life coach, author of more than 30 books including The Prosperous Coach and founder of the Coaching Prosperity School, Steve Chandler. Steve shares how he came to write The Prosperous Coach with fellow coach Rich Litvin, as well as touching on the thinking and processes behind some of his other popular literature, sharing that the majority of his books were created through a desire to serve others, and the permission to play, experiment and be creative. Steve details the personal journey, including the challenges, that led him to coaching, following careers in the music industry, journalism and corporate training, before setting up the Coaching Prosperity School 14 years ago. Robert and Steve touch on some of the anxieties and challenges around starting out as a new coach, including a tendency to personalise common occurrences such as potential clients not wanting to work with us, and offers takeaways from his own experience around these challenges to help coaches to reframe limiting beliefs touching on what he calls a ‘not yet list’.  Steve also speaks on not needing to have a North Star goal - and if you do that it’s OK if it changes, the place for social media and marketing within coaching, and the importance of building relationships and real connection among those that we work with, as well as sharing what’s next for him around coaching, writing and speaking on the topics that really interest him.  You can find out more about Steve and his work here: https://www.coachingprosperityschool.info/ https://www.stevechandler.com/index.html We hope that you enjoy this discussion!

Ep. 22 - Reinventing Yourself with Steve Chandler

Steve is a Master Coach. Humorous. Witty and Deceptively Simple Wisdom. Listen to this episode to truly understand what it takes to create shifts and changes in your life and business. 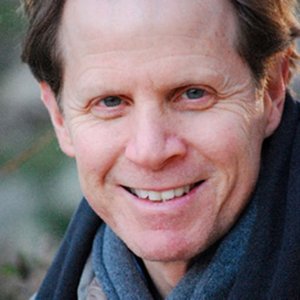 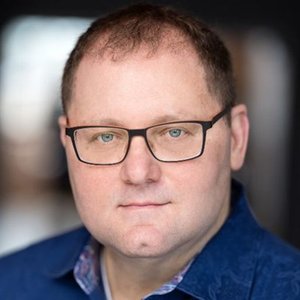 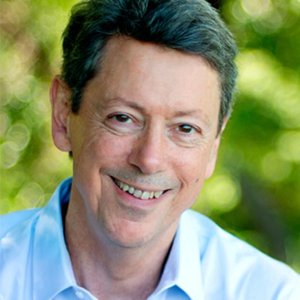 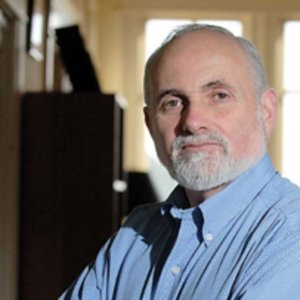 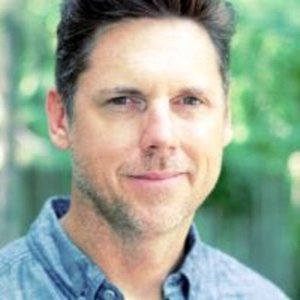 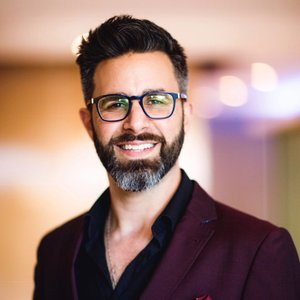 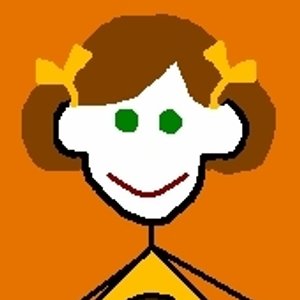 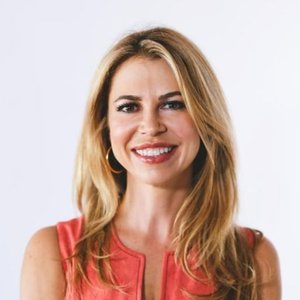 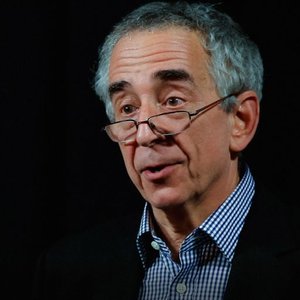 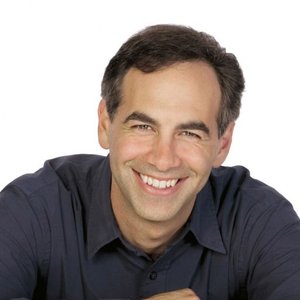 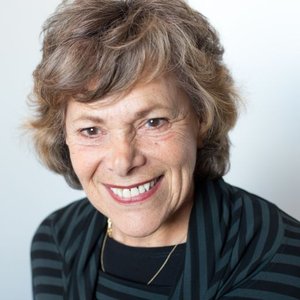 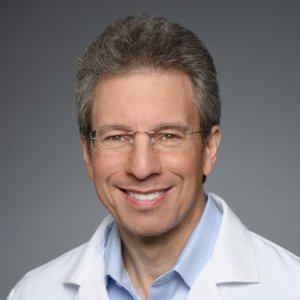 The Experts powered by Media Stable

The brand-new apartment building Opal Tower in Sydney may have been the building that put large property developments in the spotlight. That along with a global pandemic was going to do a lot of damage to an industry that is often referred to as the barometer of the economy. A city was only as successful as the cranes in the city skyline. We have talked to buyers and investors and now its time to speak to those that do the building. Those that are involved in the actual construction.Steve Chandler is the CEO of Lefta Group a property consultancy service and he walks through the realities of a new build of the future where we could be working from home more often. What a new build whether it be an apartment, or a home is going to look like? What is it going to need? Steve has 40 years of experience, he has lived and worked through the different economic and property cycles and his media commentary is needed.Commercial properties in a world where more people are working from home is going to be the most significant change in the property industry. Steve shares some numbers “75% of people can work from home and be productive, 20% of those that hide at work need to be managed and there is 5% that are people that need to be around other people. This great experiment of work from home is going to mean that businesses will be able to upgrade and those buildings not up to scratch are going to need to improve.“I am always going to have an opinion on matters, I won’t share an article without my opinion supporting it.”The conversational style of Steve is very easy to listen to and he backs it up with observations that only an experienced industry person can do. He does not talk to prop up or promote an industry or a message he does it because he is an advisor to the full circle of property construction and development. There are some significant learnings that come from this podcast as an expert of an industry you are not necessary an expert communicator. Steve is getting pretty good at this media game.

Steve Chandler &amp; host Gezus Zaire reflect on their time as teammates on the Shaw football team in 1996 before discussing how Steve became one of the best basketball players in school history. --- This episode is sponsored by · Anchor: The easiest way to make a podcast. https://anchor.fm/appSupport this podcast: https://anchor.fm/shawcardinals/support

13. How To Unlock Your Inner Creativity with Steve Chandler

Discovering your voice is not always easy, but when you do, it feels like it was always there. In this episode, you will learn excellent lessons from Steve Chandler – Public Speaker, Author, Business Consultant, and Coach. Steve talks about how he was able to ignite inner creativity throughout the years - enough to write 30 books, and how he prefers to share too much with clients rather than omitting too much. “I’d rather risk sharing a little too much than walk away later wondering if I had shared that, would I have made a real connection.” – Steve Chandler Ajit and Steve also talk about the easiest way to deal with negative feedback and criticism, how to leave ego aside in order to respect the creator inside of you and in what way coaches need to work in order to make the transition from a traditional job to entrepreneurship. Being a coach himself, Steve advises that if you want to inspire trust, you should neither hide personal struggles nor seek being perfect. “The greatest thing a coach does is mix failure and normal.” – Steve Chandler About Steve Chandler Steve is author of 30 books including 100 Ways to Motivate Yourself (1996), Reinventing Yourself (1998), and The Prosperous Coach: Increase Income and Impact for You and Your Clients (2013). Having worked as a Life and Business Coach for the past decades, Steve helped a variety of companies and is considered to be one of the most important public speakers in the country. Key Timestamps [3:04] – Steve speaks about his former occupations. [7:44] – Diversity in life. [11:35] – Using personal struggles in your coaching business. [14:15] – Is there such a thing as oversharing? [16:12] – The road to write 30 books. [20:26] – Creativity vs. Ego  [27:40] – Steve’s advice if you’re facing a creative block (writer’s block). [30:43] – Dealing with negative feedback and criticism. [36:58] – How to make the proper transition into coaching. [40:48] – A message for all the creators. Subscribe to this podcast to automatically get new episodes in your favorite podcast app.  Connect with us! Website: Steve Chandler IG: @officiallyajit IG: @evercoach.mindvalley FB: Evercoach by Mindvalley Website: www.evercoach.com

Steve has been a business productivity coach and corporate leadership trainer whose clients include Microchip Technologies, Honeywell, University of Arizona, SunCor, Arizona Media Credit Union, Banner Health, Motorola, Merrill Lynch, Wells Fargo Bank, Texas Instruments, and over 50 Fortune 500 companies world-wide.Chandler's first audiobook, 100 Ways to Motivate Yourself, was named Chicago Tribune’s Audiobook of the Year in 1997. King Features Syndicate repeated the honor by naming Chandler's 35 Ways to Create Great Relationships: In Business and In Life the 1999 Audiobook of the Year.Chandler graduated from the University of Arizona in Creative Writing and Political Science, and spent four years in the U.S. Army in Psychological Warfare. He uses advanced communication processes train sales teams and other teams focused on increasing revenue and productivity.For the past 13 years Steve has run the Coaching Prosperity School(also known as The ACS, for Advanced Client Systems), attended by hundreds of coaches from around the world. You can find him online at SteveChandler.comHe is co-author with Rich Litvin of the best-selling The Prosperous Coach, and has written dozens of other books now in over 20 languages including Time Warrior, Reinventing Yourself, Shift Your Mind: Shift the World, on Amazon I found over 40 books authored by Steve (13 self authored and 30 co-authored). You could say I’m a fan!

Today’s guest first appeared on Natural Born Coaches way back in May 2015, and I’m so excited to have him back on the show today. Steve Chandler is the founder of The Coaching Prosperity School, and author of 30 books including The Prosperous Coach. Last time he was here Steve shared his thoughts on the biggest mistakes made by coaches and how we can overcome them, and today he is focusing on a “forgotten art” in the industry, which is relationship-building! If you’d like to learn how to get clients using Steve’s relationship system, learn more at https://www.coachingprosperityschool.info/!

080 - Steve Chandler - The Godfather of Coaching

The Godfather of CoachingHow could this possibly be called The Coaching Life Podcast without the Godfather of Coaching as a guest? Yes, he made the top 80!With his masterful humor and clarity, Steve Chandler shares:• What started him writing and how, over 30 books later, his methods may change during his retirement.• How he had to break a family tradition to overcome addiction.• How to deal with ANY problem, and what’s the one question that can help you deal with any situation?• Why the Ultimate Coach may not be for everyone.• What happens when you lose yourself in your work, and turn the camera around to the client.• How a rebel philosopher helped him discover the 3Ps.• Why Steve doesn’t want you to remember him and what he’d like you to take from his work instead.• The role his wife Kathy plays in all he does.You can find Steve’s Online ACS at https://www.coachingprosperityschool.info/Here’s a little more about Steve:Steve Chandler is a life coach and business coach and one of America’s best-selling authors whose 34 books have been translated into over 30 foreign language editions throughout Europe, China, Japan, the Middle East and Latin America. Chandler graduated from the University of Arizona with a degree in Creative Writing and Political Science, and spent four years in the U.S. Army in Language and Psychological Warfare. His Coaching Prosperity School (The ACS) has been serving coaches from all over the world for 13 years, and is now available online as a multiple-lesson video and audio masterclass.You can find out more about Steve at www.stevechandler.com

Might Help, Can't Hurt! Conversations with Leaders, Doers, and Friends

In this episode, Steve Chandler (author of over 30 books including 100 Ways to Motivate Yourself and Time Warrior) and I talk about his career as a songwriter, why I get more frustrated with my creative process than he does with his, and how the chaos of the pandemic economy may turn out to be incredibly healing for our world! To learn more about Steve, head to: www.stevechandler.com

Conversation with the Godfather of coaching Steve Chandler.

In this episode Siawash has an insightful conversation with Steve who is considered the Godfather of coaching, having run ACS for years and being one of the most impactful coaches in the world - Steve gets open, honest and raw about what it means to be a coach and grow. P.S. Whenever you’re ready... here are 4 ways we can help you grow your coaching business: 1. Join The ‘Thriving Muslim Coach’ Facebook Community It’s the place where smart coaches learn to get more income, impact and freedom. Connect with like-minded coaches and learn for free from the units — http://bit.ly/TMCGroup 2. Watch Our Free Training to Get You To 10K+ Months It gives you the fundamental pillars you need in order to create a Successful Coaching Business— go.themuslimcoachingacademy.com/crash-course-to-10k 3. Join our Implementation Program and be a Case Study We're putting together a new coaching case study group at The Thriving Muslim Coach this month... stay tuned for details. If you'd like to work with us on your client-creation and business growth plans... Just send us a message here or reply to our email with the words “Case Study” 4. Work with us Privately If you’d like to work directly with us to take your business to £20K months... Just send us a message here http://m.me/AsiyaAndSiawash with the word “Private”... Tell us a little about your business and what you’d like to work on together, and we’ll get you all the details. Or book a 15min conversation to see if we’re a good fit: https://go.themuslimcoachingacademy.com/15min