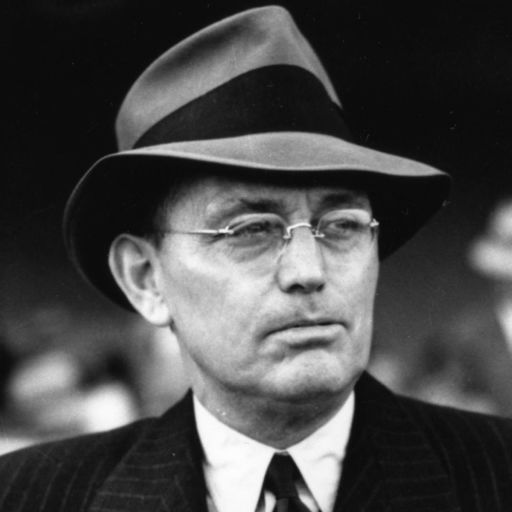 https://www.podtrac.com/pts/redirect.mp3/archive.org/download/rr12021/RelicRadio721.mp3 The Relic Radio Show begins with The Damon Runyon Theatre this week. From November 21, 1948, we’ll hear Princess O’Hara. (29:40) Our second story is Battle At Tower Rock, from The Six Shooter. This story was originally heard on February 21, 1954. Download RelicRadio721 Almost 14 years of commercial free podcasts! Relic Radio is fueled by the generosity of its listeners. If you’d like to help, visit donate.relicradio.com for more info. Thank you!

52 Episodes of The Damon Runyon Theater were produced and syndicated across the country in 1949. Based on the wonderful short stories of Damon Runyon, a talented sports writer, and outstanding journalist, and short story writer based in New York City. Some of his most famous stories were made into Broadway shows and/or films like "Guys and Dolls", "A Pocket Full of Miracles," "Lady for a Day," "The Lemon Drop Kid and Little Miss Marker" There were even Damon Runyon Theater syndicated television shows in the mid-1950's. The Narrator is called "Broadway" played by actor John Brown (Digger O'Dell in "The Life of Riley). Strong Brooklyn accent done remarkably well. This track will live in its own "Damon Runyon Theater" Playlist in this podcast.

Our Show of Shows Podcast

A 52 show series that was syndicated across the United States from 1949-1950. Based on the stories of an outstanding journalist and a great short story writer, Damon Runyon. Stories celebrated the world of Broadway in NYC that grew out of the Prohibition era... tales of gamblers, petty thieves, actors and gangsters... all told by our narrator, Broadway... played by actor John Brown. More Stories from this series in the "Damon Runyon" playlist.

Our Show Of Shows Podcast Episode 011 - The Damon Runyon Theater

Our Show of Shows Podcast

Aired as part of Mayfair Productions and syndicated on KSL Los Angeles... this program aired on Jan. 2, 1949. John Brown(Photo) plays the role of narrator and main character named "Broadway" who lives on Broadway in NYC. In this episode he meets Tobias, who has his mind and heart set on meeting some real "underworld" thugs so he can learn their ways in order to frighten a competitor for a girl that he loves... and Broadway tells us the story of how Tobias became known as "Tobias The Terrible". More Damon Runyon in the "Damon Runyon" Playlist.

Broadcast from January to December 1949 - 52 episodes - reruns well into the 1950's. This series dramatized Alfred Damon Runyon's short stories for radio. Produced by Alan Ladd's Mayfair Production Company (Box 13 and Michael Shayne) with John Brown (Digger O'Dell in Life of RIley) as "Broadway" who was both the host and the narrator. Stories celebrated the world of Broadway and New York City that grew out of the Prohibition era. Look for More Damon Runyon Shows in the Playlist "Damon Runyon"

Produced by Mayfair Productions... this syndicated series ran for only one year - 1949 with 52 radio adaptations of Damon Runyon's short stories narrated by "Broadway" played by actor John Brown. The show was very popular so that reruns carried on well into the 1950's. Track begins with a short history of the series and the program "Dancing Dan's Christmas" which was broadcast on March 12, 1949. People who have never heard a Damon Runyon Theater radio show are almost always surprised by how entertaining they are... they can make you laugh or even bring a tear to your eye. You can find more of these shows in the "Drama/Adventure" Playlist.