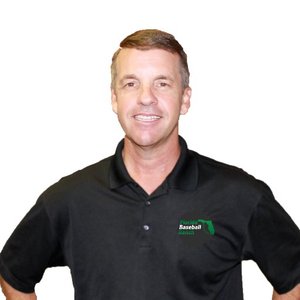 Randy Sullivan from Bourbon Real talk joins Nico and Coach to explain to awesome power of whiskey and how it could be the solution to all our problems... well, at least it helps bring people together any way!

In this episode of Indiana Twins TV (ITTV), Scott Haase opens up the classroom to Mr. Randy Sullivan as he teaches to the class about pitching. If you haven't already, please subscribe! Our guest, Randy Sullivan, has a resume that speaks for itself. As the CEO of the Florida Baseball Ranch, he has helped over 315 baseball players reach over 90mph fastballs. Randy is a physical therapist, a baseball coach, and a Certified Strength and Conditioning Specialist. In the last three MLB drafts, FBR students signed collectively more than $15 million in signing bonuses. We help Major League Pitchers Such as Justin Verlander, Jake Odorizzi and Ching Ming Wang resurrect their Careers. 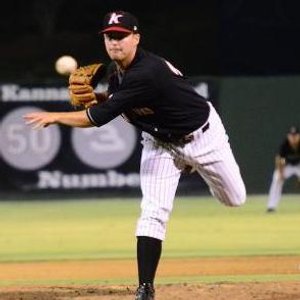 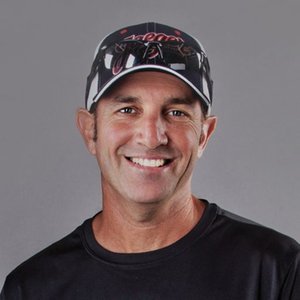 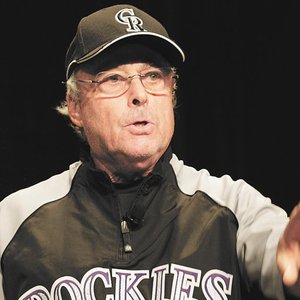 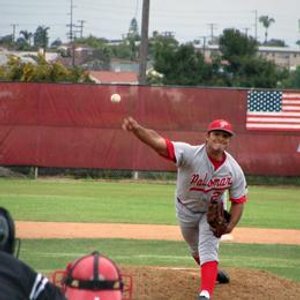 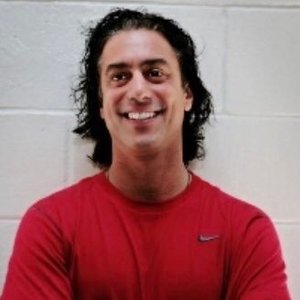 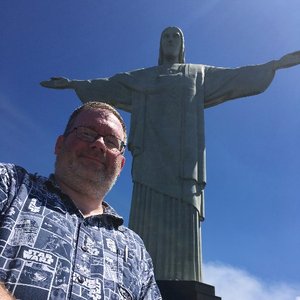 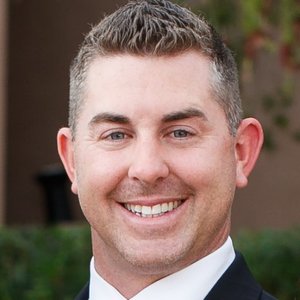 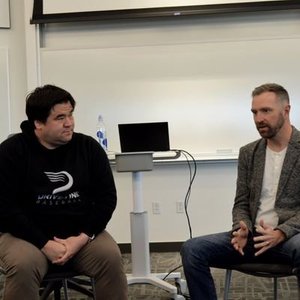 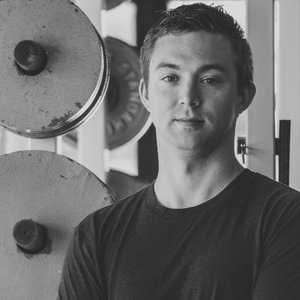 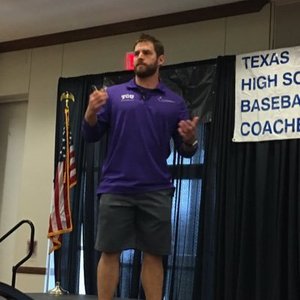 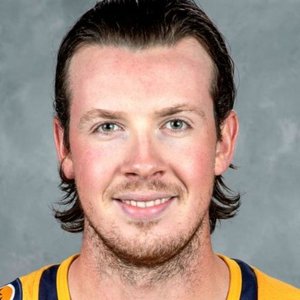 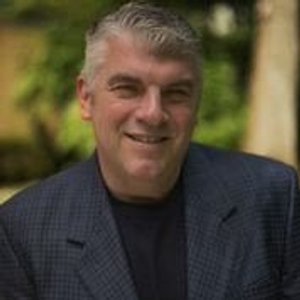 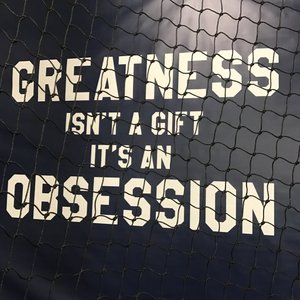 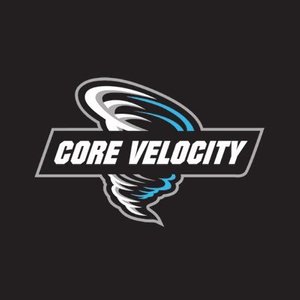 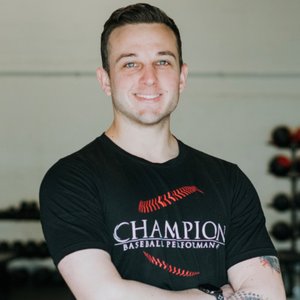 091 - Randy Sullivan of Bourbon Real Talk Drinks with the Boys

Randy from Bourbon Real Talk tells the story of his foot in mouth event at a restaurant. We drink something we don't remember and smoke something I can't recall. Randy continues his rant on vodka which he has subsequently clarified and explains why he says 'Scotch tastes like treason'. Honestly they're already lit up and just laugh and tell stories.

In the Name of Overhead Athletics

In this episode we interview Randy Sullivan MPT, CSCS of the Florida Baseball Ranch. Randy is a former collegiate baseball player, physical therapist, strength coach, and pitching coach who focuses on enhancing throwing athletes and pitchers through understanding of motor learning, anatomy, and physiology. In this episode we discussing internal and external cueing, motor learning, effective pitching coaching, skill acquisition, and keeping elite baseball players healthy and at peak performance.

In this episode of Whats you Specialty?, Derrick Davis is joined by Randy Sullivan ( Keller Williams ) to discuss Dallas / Fort Worth real estate, bourbon, and his innovative home selling program " Pay at Close" update and repair your for market with no upfront cost.

We welcome back Randy Sullivan whose life resembles Breaking Bad Live and this is part 2 of his story. Please listen and watch Episode 173 to learn all the details about his Dad and what life was like for Randy.In this episode we learn all about the tough times Randy went through putting himself through college being extremely poor. He still has a visible scar from all the times he gave blood so he could have money to eat. We learn all about Randy being a Playboy through highschool and college years - then becoming a Christian and extremely active in the church.He got married very young to a beautiful wife and they have 2 amazing children that Randy is very proud of.Randy talks to us about working for multiple companies that promised to give him equity if he helped grow the business, but that never happened. In one particular instance he discovered fraud, but instead of the owner believing him he ended up getting fired. He then decided to open his own business, so nobody could ever give him empty promises again. The conversation then turns very passionate about marriage, stay at home Mom's, working Dad's. Husbands not understanding all the difficulties stay at home Mom's endure. Husbands not feeling appreciated. Getting married too young.Spouses talking bad about each other. Definitely a segment that needs to be heard.

Randy Sullivan, realtor with Keller Williams and host of Bourbon Real Talk Podcast joins us in this episode that ends up being like a real life Breaking Bad Movie.Randy tells us that his Dad was a meth manufacturer that had a meth lab in their garage. His house got raided when he was 6 years old and he remembers every detail and gives a riveting account of all that went down that night. Both his Mom and Dad got arrested. His Dad was in prison for about 5 years the first time. His parents got divorced while his Dad was in prison and his Mom married his uncle.His Step Dad was always supportive of him and a great person, sadly he recently had a stroke and is now a paraplegic. When his Dad got out of prison he and his younger brother lived a happy, normal life for a few years, spending every other weekend having fun at their Dad's house. Sadly that didn't last and his Mom and Randy who is by now a teenager start suspecting that his Dad is yet again dealing drugs. Randy remembers the day when he walked into his Dad's house and it was again a meth lab. Shortly after that his place got raided again and he got thrown back into prison.Turns out it was Randy's Godfather that wore a wire and ratted out his Dad. His Dad was in prison over half of his life. We hear about some prison rules that are very interesting. Randy didn't drink until age 28 and never smoked or did drugs. He went to Texas A&amp;M and wanted to make a better life for himself. His brother sadly went a totally different route, always looking for the get rich quick scheme. He was wild and after 9/11 joined the military. Even though he didn't get deployed he was at a training ground at Fort Polk, Louisiana. His brother always had to play the part of the terrorist. Even though he never saw active combat he was always hunted. He had to live in the woods, eating bugs. He had severe PTSD and struggled finding his path. Sometimes he would threaten suicide but Randy did not believe him. After leaving the military he got duped by a company that took advantage of him and never paid him. He was at the end of his ropes and got into a fight with his wife. Walked away and killed himself. He killed himself as a right handed man with his left hand, which is called an off handed shooting. Randy is a huge advocate to get help for mental health. Randy himself took such a different path in his life and he is not a quitter and will fight through any adversities. As a matter of fact he welcomes any struggle thrown his way.Randy has a beautiful wife and 2 amazing children. He gives the most important parenting advice at the end of the show. You can find Randy at kwfrisco Realtyand you can listen to his podcast on all podcast hosting hubs or on www.bourbonrealtalk.com and you can find them on youtube and instagram.

- Show Notes for this episode can be found at https://therobbyrowshow.com/091/ In episode 91 of The Robby Row Show Podcast I have the honor of sitting down and chatting with Florida Baseball Ranch's Randy Sullivan! Randy is a physical therapist, a baseball coach, and a Certified Strength and Conditioning Specialist. He's been at this for about 25 years now including a very interesting path that he'll share at the beginning of the episode. Randy and I dive down some really really cool rabbit holes within the scope of pitching optimization! Y’all are going to love this one! Topics In Todays Show* Teaching Velocity* Motor Learning + Skill Acquisition * Mechanical Efficiency * Implicit Learning* Revolution in Throwing Rehab* The Yips* Vary Your Throws* Athletic Arm Path* Data* Off Season Throwing* Instructing + Coaching

iTunes  Stitcher Google Spotify During this episode of Ahead of the Curve, I interviewed Randy Sullivan, Owner and CEO of Sullivan Rehab Services, The ARMory Power Pitching Academy, and The Florida Baseball Ranch, Baseball Player Development Specialist, and Physical Therapist. Randy discusses his concept of linking hardware to software, constraint-based training, and the differences between the old school versus the new school.  Episode Highlights:  Randy Sullivan talks about the Skill Acquisition Conference.   What are some things that he took and utilized from last years’ Skill Acquisition Conference? What are the difference between coaching hitters and coaching pitchers?  What does Randy mean by ‘linking hardware to software?” Does Randy see the Bernstein Principle getting used out of context?  What was Randy Sullivan’s blog post addressing the old school versus the new school about?   Coaches need to help players sift through the data that matters and doesn’t matter.  What is involved in Randy’s constraint-based training?   How is Randy Sullivan teaching and training for timing?   What are ways to be able to take action and perception and match them together?  In any given hitting session, Randy wants 15% of his player’s swings to be against the fastest pitches, 15% against the slowest pitches, 15% against their 2-strike approach. The rest will be variable.  What is the latest thing Randy has learned that he is excited about? What is something that his players do in training that they love?  We need to stop labeling kids as having mental disorders.  Every player has potential.   3 Key Points: Randy Sullivan’s concept of linking hardware to software is to understand a player’s particular body abilities to apply the right customized techniques to make them a better player.   The way to change movement is through manipulating sensory information.  Data is just telling you how you are doing. Intent alone without any guidance isn’t going to solve problems.  Tweetable Quotes: “When there is time pressure, you kind of have to revert to our more primitive sensory stream which is, you’ve got to move. You know? Like when you touch a slug with a stick, he moves.” – Randy Sullivan (08:45) “One thing we all have to remember is that, coaches have been teaching human movement since the game began. Since anything began. And so, all we are doing is kind of refining the things that we are already doing.” – Randy Sullivan (09:49) “Hitting is probably more complex because you have to respond to sensory information and it is a little more complex than teaching pitching.” – Randy Sullivan (11:31) “In nature, we want to accomplish important goals and we want to do it. Complex organisms are inherently lazy. They have to be. They have to conserve energy.” – Randy Sullivan (13:33) “This generation of player is not afraid of hard work. This generation of player is afraid of things that may make them think they are stupid. They’ve got more information than they have ever had before.” – Randy Sullivan (20:35) “It’s not that we are teaching you a new way to throw or hit. What we are teaching is a new way to view throwing and hitting, which leads to a new way to teach throwing and hitting.” – Randy Sullivan (29:33) “You can never repeat a movement, that ever single throw and every single swing is going to be different.” – Randy Sullivan (31:34) “There is no good drill for everything.” – Randy Sullivan (34:55) Resources Mentioned:  Ahead of the Curve Podcast Twitter: @AOTC_podcast Randy Sullivan: Linkedin Florida Baseball Ranch: floridabaseballranch.com Phone Number for Florida Baseball Ranch: 866-STRIKE-3 (866) 787-4533