206 Your Kids, Your Money, Your Choice — with Michael Alexander

The government takes away a large percentage of your income at gunpoint (it's called taxation) and spends it on public "education".  But in reality, public schools attempt to indoctrinate your kids into certain political ideologies, while leaving them academically unprepared for community college.  If you want a real education for your children, you better be able to afford private school tuition, in addition to what you already pay in taxes to prop up failing public schools!  How is this system just? Michael Alexander is the founder of the California School Choice Foundation.  They are working to get a school choice voter initiative, the Education Freedom Act, on the 2022 ballot.  This initiative will give parents the right to spend their own money on their own children's education in the way that they choose.  They're your kids, and it's your money.  It should be your choice to use it to provide them an education as you see fit. Learn more at https://www.californiaschoolchoice.org/ This episode first aired on April 15, 2021. Educate For Life with Kevin Conover airs Sundays 10-11pm.  Listen live on KPRZ.com and San Diego radio AM 1210. Learn more about Christianity and cultural issues at https://EducateForLife.org/400preview

In this episode of My Life Now, co-host Michael Patterson interviews Michael Alexander,  author of upcoming book release, Boarded Windows, Dead Leaves, a collection of short horror stories. As listeners will gather, these are spooky stories with clever twists.  Highly enjoyable.  Find it on shelves or online next month!Thank you for listening and supporting the My Life Now podcast show. We are excited to connect with each of our listeners on our various platforms. Below is the best way you can not only connect with us but also have an opportunity to be featured on our Podcasts.For Marketing and Publishing needs, Buscher's Social Media Marketing LLC (https://www.facebook.com/buscherssmm) 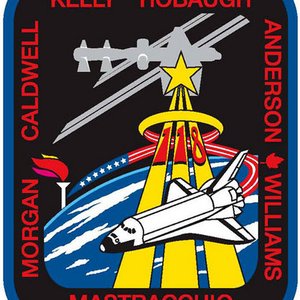 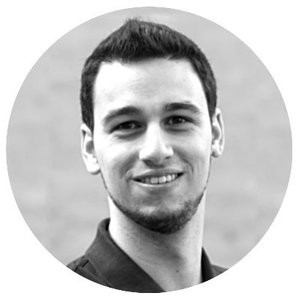 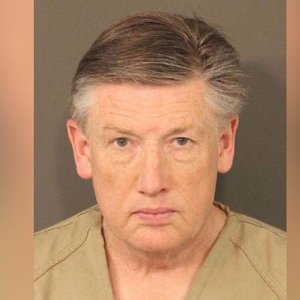 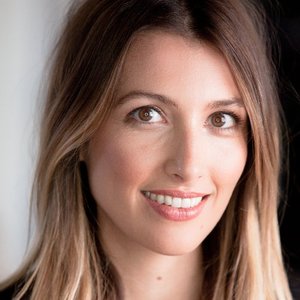 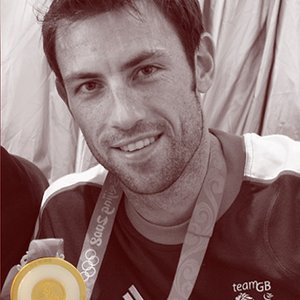 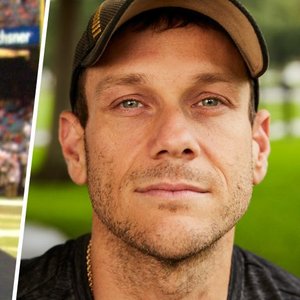 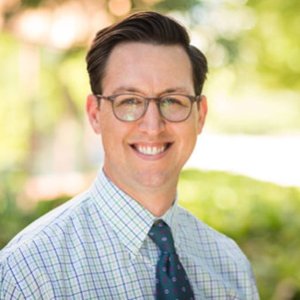 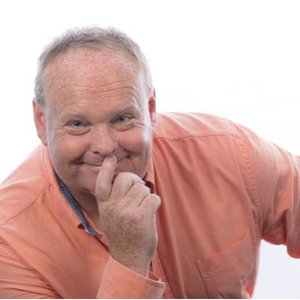 How to Conduct Discovery with Michael Alexander

Let's let's talk about discovery in the context of Family Court. Want to learn how to do proper discovery? Listen to Michael as he explains how.  "Oh, you know, there's so much you can do. But attorneys Don't do this. Why? Because it just tweaks the system on its head. You know, example of a discovery abuse while you can go after your other parties if you have a child and family law, banking records, to prove or disprove an economical thing that's absolutely discoverable. For the purposes of calculating child support. income and expense declarations are mandatory. So anything contained they're in and one of the questions on the Judicial Council form is do you have a bank account that all becomes discoverable example of a Use." Michael's YouTube Videos https://www.youtube.com/user/MrPropriaPersona1 Contact Michael at www.judicialrevolution.us Want to help us fight judicial injustice? Donate to www.KidsMatter.charity

Episode 025: I Think There's An Allegory In Here Somewhere—X-Men Franchise (2000-2019) with Michael Alexander

Join Alex and guest host Michael Alexander in a discussion of the psychological concepts in the X-Men film franchise (2000-2019), films where the allegories for civil rights for minority populations and groups hit you like Magneto would hit you with a steel bar! We do also delve into the 90s cartoon and of course discuss the comic books that informed these films. Please leave your feedback on this post, the main site (cinemapsychpod.swanpsych.com), on Facebook (@CinPsyPod), or Twitter (@CinPsyPod). We'd love to hear from you! Don't forget to check out our Patreon and/or Paypal links to contribute to this podcast and keep the lights on! Don't forget to check out our MERCH STORE for some great merch with our logo! Full episode notes available here.

Healing from Racism with Bianca and Michael Alexander: PYP 419

I reached out to Bianca and Michael because I was turning into an asshole. Specifically, I was full of rage and outrage and judgment at all the racists out there.  And the fact that I was right, and on the side of right, and standing shoulder to shoulder with people of color, and fighting against systemic oppression that has been going on far too long - just made me more of an asshole, to be honest.  The post Healing from Racism with Bianca and Michael Alexander: PYP 419 appeared first on Plant Yourself.

Healing from Racism with Bianca and Michael Alexander: PYP 419

I reached out to Bianca and Michael because I was turning into an asshole.Specifically, I was full of rage and outrage and judgment at all the racists out there.And the fact that I was right, and on the side of right, and standing shoulder to shoulder with people of color, and fighting against systemic oppression that has been going on far too long - just made me more of an asshole, to be honest.There were two costs to my assholery that I became concerned about.First, the cost to my own mental and physical health. I was angry, and reactive, and negative - all of which can trigger a cascade of unfun chemicals that wreak havoc on the immune system, digestion, nervous system, you name it.But that would have been OK if the societal upside were positive. You know, if my righteous anger were productive, effective, leading to meaningful change.Which brings me to the second cost: while I was preening my virtue on social media, getting kudos from the choir, I was completely alienating everyone who didn't agree with every single word I said. Rather than bringing people together in understanding, I was actually contributing to the divisions and fears and traumas that are at the heart of our society's great suffering.And I know - know in a fully-intellectual and semi-experiential way - that judgment of others is essentially me projecting my shit out onto the world. The spiritual traditions that have nourished me over the years are quite clear that me feeling better than others is me in the full grip of illusion.So I "should" be full of love and compassion for all the racists, for all the deniers, for all the intellectualizers, who are failing to rise to the moment. Who are fighting tooth and nail for their right to oppress, to harm, to degrade, to objectify, to exploit.But... but... but...That's when I reached out to Bianca and Michael. They've been on the show before, talking about conscious living. About love and transcendence and meditation and universal consciousness and all that stuff that I was tossing overboard in my crusade to help Black people.And they had just sent out an email broadcast from Conscious Living TV, written by Bianca, titled, "The First Time I was Called a 'N*gger.'"And just before the cute-as-a-button photo of 3-year-old Bianca, before the article itself, about her not being invited to her friend's birthday party because her daddy didn't want a person of her color in his swimming pool, there was that wonderful Rumi quote:“Out beyond ideas of rightdoing and wrongdoing, there is a field. I'll meet you there." - Rumi And I thought, "Huh!"If Bianca can hold that Rumi quote, about there being a transcendent perspective that doesn't include right and wrong, in her heart as she tells the story of painful hurt and discrimination, maybe she can help guide me to a more constructive relationship with race, politics, and allyship.Bianca is Black. Her husband and business partner at Conscious Living TV, Michael, is white.And together they are my (and perhaps your) guides to love, healing, humility, liberation, power, and karma.We talk about all the negative things: guilt, shame, fear, anger, hatred, senseless pride.And explored the path forward. A path that can hold both righteous anger and love. A path of worldly action and spiritual contemplation. A path in which reparations - repair - is contextualized as karma rather than political or economic calculation.A path in which we may acknowledge, remain curious about, and bravely face our own pain-bodies: individual, ancestral, and cultural.Guided by Rumi, St. Francis, and these two beautiful souls, I hope we can all find racial healing in this conversation.

We welcome Stem cell pioneer and Chief Marketing Officer of BioXcellerator, Michael Alexander, to discuss traumatic brain injuries, Chronic traumatic encephalopathy, and the power of will power in your path to healing.For all things Stem Cell therapy:https://www.bioxcellerator.com/If you want exclusive podcast videos and episodes then join our NEW Patreon club: https://found.ee/JessimaePeluso-Patreon

In this episode of My Life Now, co-host Michael Patterson interviews Michael Alexander,  author of upcoming book release, Boarded Windows, Dead Leaves, a collection of short horror stories. As listeners will gather, these are spooky stories with clever twists.  Highly enjoyable.  Find it on shelves or online next month!

I've been gone a minute but i'm back and I have a great episode with my old high school english teacher, Mr. Alexander. This was a great conversation about creating and not judging. Perhaps my most positive episode yet. Don't forget to visit tannervanceshow.com for more.  Also Michael Alexander has a book coming out called Boarded Windows, Dead Leaves. I will for sure announce when it is out as I will be buying it. Also visit https://michaeljessalexander.wordpress.com for more of his stories.

Learn more about The Gamerpreneur at: www.thegamerpreneur.com Michael Alexander Roderick, Co-Founder of Mission Strike Entertainment, is focused on seeing his streamers succeed With laser like focus on growth, marketing, and development, allowing his streamers to focus on content creation, Mike is making moves to take a new generation of streamers to the next level. Check it out!    Find Mission Strike Entertainment at:   Facebook: @MissionStrikeEntertainment  Twitter: @Mission_Strike  Instagram: @Mission_Strike   If you enjoyed this interview, be sure to subscribe to The Gamerpreneur Youtube Channel, and check out our other podcasts at anchor.fm/thegamerpreneur #podcast #missionstrike #streamers