Historian and journalist Kai Bird's new book, The Outlier, is being acclaimed as a definitive account of President Jimmy Carter's presidency, including how President Carter’s often-controversial policies and initiatives appear in historical perspective. Carter assisted Bird in his research, giving him exclusive access to the private papers of Charles Kirbo, Carter’s longtime personal lawyer and political adviser, as well as to the unpublished diaries of Carter White House aides Langdon Butler, Tim Kraft and Jerome Doolittle. Bird points out that as president, Jimmy Carter was not merely an outsider: he was an outlier. He was the only president in a century to grow up in the heart of the Deep South, and his born-again Christianity made him the most openly religious president in memory. Bird says this outlier brought to the White House a rare mix of humility, candor and unnerving self-confidence that neither Washington nor America was ready to embrace.Bird traces the arc of Carter’s administration, from his aggressive domestic agenda to his controversial foreign policy record, taking readers inside the Oval Office and through Carter’s battles with both a political establishment and a Washington press corps that proved as adversarial as any foreign power. Mr. Bird shows how issues still hotly debated today—from national health care to growing inequality and racism to the Israeli-Palestinian conflict—burned at the heart of Carter’s America, and consumed a president who found a moral duty in solving them.Bird won the Pulitzer Prize for biography for American Prometheus: The Triumph and Tragedy of J. Robert Oppenheimer. His work includes critical writings on the Vietnam War, Hiroshima, nuclear weapons, the Cold War, the Arab-Israeli conflict and the CIA.Now, join a fascinating conversation with Kai Bird about this highly regarded American leader whose presidential legacy Mr. Bird says has been deeply misunderstood.SPEAKERSKai BirdExecutive Director and Distinguished Lecturer, City University of New York Leon Levy Center for Biography; Pulitzer Prize Winning Historian and Journalist; Author, The Outlier: The Unfinished Presidency of Jimmy CarterIn Conversation with Dr. Gloria DuffyPresident and CEO, The Commonwealth Club of California; Deputy Assistant Secretary of Defense under President ClintonProgram Chair: Dr. Mary BittermanPresident, Bernard Osher Foundation; Member, Commonwealth Club Board of GovernorsIn response to the COVID-19 pandemic, we are currently hosting all of our live programming via YouTube live stream. This program was recorded via video conference on August 18th, 2021 by the Commonwealth Club of California. Learn more about your ad choices. Visit megaphone.fm/adchoices

In this episode, Dinesh examines the parallels between the peanut farmer and the hobbling dotard to make the point that Biden is "the new Jimmy Carter." Dinesh explores the deeply troubling U.S. military practice of condoning Afghan pedophilia on American bases as one reason for the revival of the Taliban. How American Express, symbol of capitalism, embraced woke anticapitalism. Wade Burleson, theologian and historian, joins Dinesh to talk about Henry Stanley, David Livingston and the Christian legacy we have lost.See omnystudio.com/listener for privacy information. 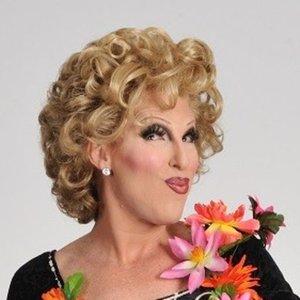 Four decades after he left power, Jimmy Carter’s presidency is being reevaluated by historians. The passage of time and availability of documentary evidence makes such a reassessment possible. Is the popular impression of Carter as a president who could not grasp international realities fair? Kai Bird, author and recent biographer of Jimmy Carter, explores whether Carter was an underrated foreign policy president.

By the time Soviet troops were withdrawn from Afghanistan in 1989, it had become one of the CIA’s longest and most expensive covert ...

Events from the Brookings Institution

On June 17, the Center for Middle East Policy at Brookings hosted award winning author Kai Bird for a discussion of the Carter administration’s foreign policy in the Middle East and Bird’s new book, “The Outlier: The Unfinished Presidency of Jimmy Carter,” which considers the triumphs and failures of the Carter presidency. Brookings Senior Fellow Bruce Riedel, whose career in the CIA began during the Carter administration, joined Bird for a discussion of the legacy of the Carter administration forty years later. https://www.brookings.edu/events/president-jimmy-carter-and-the-middle-east-reexamining-his-legacy-forty-years-later/ Subscribe to Brookings Events on iTunes, send feedback email to events@brookings.edu, and follow us and tweet us at @policypodcasts on Twitter. To learn more about upcoming events, visit our website. Brookings Events is part of the Brookings Podcast Network.

Today's podcast takes up the conundrum of the politics within the Democratic Party that led to fantasies of a new New Deal, which have been subjected to various reality tests this week injurious to Joe Biden and his agenda going forward. Also, more reader mail about vaccinations and whether we're mean about them. Give a listen.

How often do you get to talk to a former President and First Lady — about love?  Jimmy and Rosalynn Carter explain how they’ve kept their marriage alive for — consider this — 75 years, and how the hardest thing they ever did was not surviving the White House, but writing a book together. Learn more about your ad-choices at https://www.iheartpodcastnetwork.com

Welcome back to the cover boy show!  How would you like to hear all about Josh….in third grade first person style!  Just check out this month’s Shavano Living Magazine.  It is flying off the shelves.  Did you catch that lunar eclipse on Wednesday?  Was it actually just a bare ass staring back at you?  What should you do when you get mistaken for a congressman?  We think you should market your implant dentistry.  Have you ever heard of a magic retainer that causes apnea?  From the makers of Jack’s magic beans!  Is Ireland a place?  Is it a country?  Is it a state of mind?  Who the fuck knows.  Stay fresh.  Peace.

Rand Paul grilled Anthony Fauci on the Wuhan virology lab. Also, Joe Biden is now competing with Jimmy Carter for the title of "Worst President for the Economy Ever."Want to run for office but don't know how to get started? Sign up for the How To Run For Office As A Christian Conservative course and help take back the country! Make sure you use Promo Code CD10 for an extra 10% off on the course! https://www.runforoffice.training/CDToday's podcast is brought to you by AirMedCare Network. Do you live in a rural area that's hard to reach by road? Do you like to hike or spend a lot of time outdoors? Health insurance wont always cover the cost of an emergency medical flight. But with AirMedCare Network, you're covered! For as little as $85 per year, your WHOLE household will be covered in case you ever need an air medical transport. And if you use Promo Code DAILY, you will receive up to a $50 eGift Card back when you sign up today! You can sign up right here: https://www.airmedcarenetwork.com/dailyMake sure you Like, Comment, and Share!Text FREEDOM to 89517 to get added to our text list to receive notifications when we go Live!We are now on Gab and Gab TV! Make sure you head over there and follow our Gab account! https://gab.com/ConservativeDaily And our Gab TV channel! https://tv.gab.com/channel/ConservativeDailyPlease make sure you join our newsletter to receive our action alerts: https://bit.ly/joinconservativedailyWe are now also going to be streaming on dlive! Check us out here: https://dlive.tv/ConservativeDailyHelp us reach even higher on the podcast charts by subscribing to the podcast on Apple Podcasts and leaving a good review here: http://bit.ly/ConservativeDailyPodcastWe are now on Rumble too! Videos get posted there after the livestream is over, so make sure you subscribe to our Rumble videos here: https://rumble.com/user/ConservativeDailyFollow us @ConservativeDaily on Parler!Click here to donate: http://bit.ly/cd-donateSubscribe to our daily podcast at Apple Podcasts: http://bit.ly/ConservativeDailyPodcastAnd on Google Podcasts (for Android users): https://bit.ly/CDPodcastGoogleWe are also available on Spotify! https://open.spotify.com/show/2wD8YleiBM8bu0l3ahBLDNAnd on Pandora: https://www.pandora.com/podcast/conservative-daily-podcast/PC:37034And on iHeart Radio: https://www.iheart.com/podcast/256-conservative-daily-podcast-53710765/And on TuneIn: https://tunein.com/radio/Conservative-Daily-Podcast-p1350272/And on Podbean: https://conservative.podbean.com/Don't forget to like and follow our Facebook page to get notified when we go live with our podcast! http://www.facebook.com/conservativedailyAnd lastly, don't forget to subscribe to our new YouTube channel as well! https://www.youtube.com/channel/UCkxItqCoYlToavUYY4unsJg?sub_confirmation=1We are also now on Twitch too: http://www.twitch.tv/conservativedaily