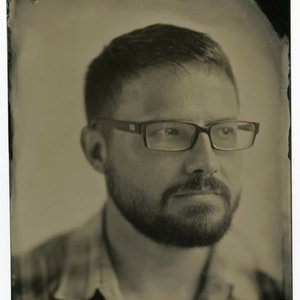 Art(s) on the Air with Taylor Brown

Art on the Air

Join Tamara &amp; Melissa for an interview with local author Taylor Brown. He’s written 6 (!) novels, including the recently released Wingwalkers. He settled in Savannah after long stints in Buenos Aires, San Francisco, and the mountains and coasts of North Carolina. http://www.taylorbrownfiction.com/ https://www.instagram.com/taylorbrown82/ PLUS a Mini Interview with Sabree, a Gullah artist, about running her City Market studio. (Starts around 52mins.) http://www.sabreesgallery.com/ https://www.instagram.com/sabreesgallery/ Get the answers to such burning questions as: How does Taylor gauge the perfect length for a chase sequence? If one’s laptop battery is good enough, is it possible to write a novel while sitting in a square? What is “muscular prose” anyway? Tune in and find out! Original air date: Aug 10, 2022

4. Turning Your Mess Into Your Message | Taylor Brown

Taylor Brown has an amazing story that will inspire you take the hardest parts of your life and turn them into a beautiful message. She is a fourth grade teacher, former NFL Cheerleader, and one of the creative minds behind the teacher duo, "pbandj4thgrade" on Tik Tok! Taylor opens up to share her personal journey and how she found her purpose within her work, passions, and through life's crazy trials. They discuss how having a kingdom mindset will allow you to find freedom while chasing after dreams and life goals. This episode is filled with great takeaways and advice that you can use to have a brighter and more purposeful life! Hit that subscribe button and make sure to follow along for all of the fun to come with the Sweet As Honey Podcast! Listen on Spotify: https://open.spotify.com/show/0sNLuwUXQsY85mvhk6xJJW Follow Sweet As Honey on Instagram! https://www.instagram.com/sweetashoneypodcast/ Claire's Instagram: https://www.instagram.com/clairewolford/ Taylor's Instagram: https://www.instagram.com/_taylorjanebrown/ --- This episode is sponsored by · Anchor: The easiest way to make a podcast. https://anchor.fm/app Support this podcast: https://anchor.fm/sweetashoneypodcast/support 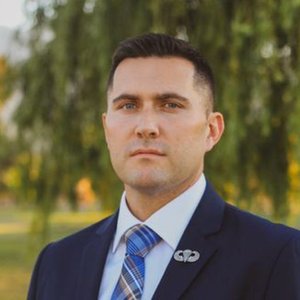 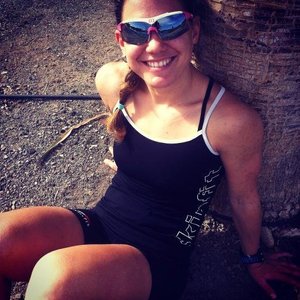 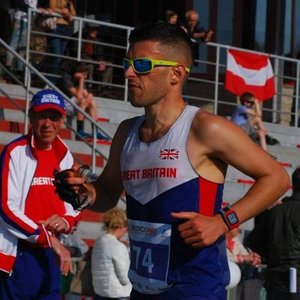 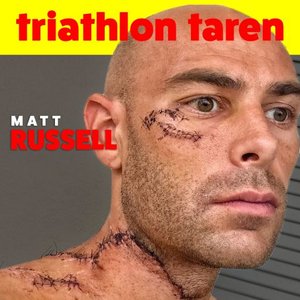 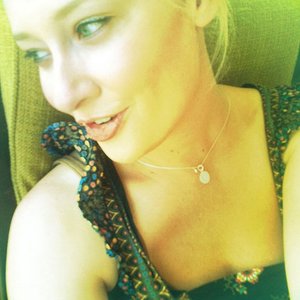 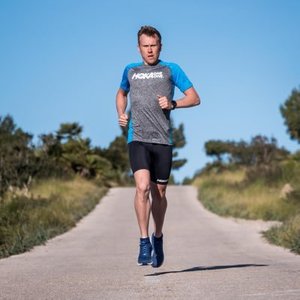 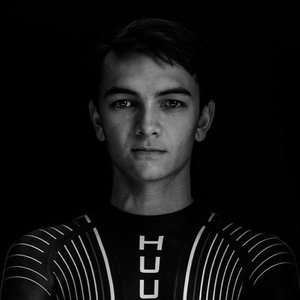 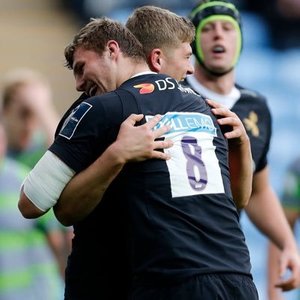 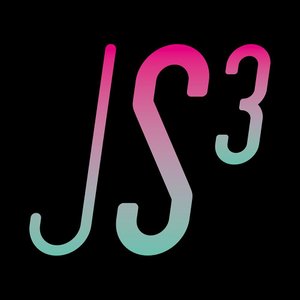 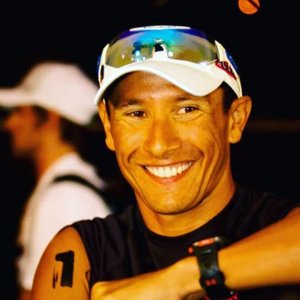 Kelley talks with Author Taylor Brown about his new novel Wingwalkers, the challenge of embodying his literary hero William Faulkner, the strict writing routine that's kept him from burnout through publishing 5 novels in 6 years, and his super cool "day job."

TAYLOR BROWN grew up on the Georgia coast.  His work has appeared in a wide range of publications, including The New York Times, The Rumpus, Garden &amp; Gun, Chautauqua, The North Carolina Literary Review, and many others. He is the recipient of a Montana Prize in Fiction, a three-time finalist for the Southern Book Prize, and was named the 2021 Georgia Author of the Year. He’s also been a finalist for the Press 53 Open Awards, Machigonne Fiction Contest, Wabash Prize in Fiction, Rick DeMarinis Short Story Contest, Dahany Fiction Prize, and Doris Betts Fiction Prize.  He is the author of a short story collection, In the Season of Blood and Gold (Press 53, 2014), as well as five novels:  Fallen Land (St. Martin’s Press, 2016), The River of Kings (St. Martin’s Press, 2017), Gods of Howl Mountain (St. Martin’s Press, 2018), Pride of Eden (St. Martin’s Press, 2020), and Wingwalkers (St. Martin’s Press, 2022).  Taylor, an Eagle Scout, graduated from the University of Georgia in 2005.  He’s settled in Savannah, Georgia, after long stints in Buenos Aires, San Francisco, and the mountains and coasts of North Carolina.  He is the editor-in-chief of BikeBound.com, and he likes old motorcycles, thunderstorms, and dogs with beards. A former WWI ace pilot and his wingwalker wife barnstorm across Depression-era America, performing acts of aerial daring.“They were over Georgia somewhere, another nameless hamlet whose dusty streets lay flocked and trembling with the pink handbills they’d rained from the sky that morning, the ones that announced the coming of DELLA THE DARING DEVILETTE, who would DEFY THE HEAVENS, shining like a DAYTIME STAR, a WING-WALKING WONDER borne upon the wings of CAPTAIN ZENO MARIGOLD, a DOUBLE ACE of the GREAT WAR, who had ELEVEN AERIAL VICTORIES over the TRENCHES OF FRANCE.”Wingwalkers is one-part epic adventure, one-part love story, and, as is the signature for critically-acclaimed author Taylor Brown, one large part American history. The novel braids the adventures of Della and Zeno Marigold, a vagabond couple that funds their journey to the west coast in the middle of the Great Depression by performing death-defying aerial stunts from town to town, together with the life of the author (and thwarted fighter pilot) William Faulkner, whom the couple ultimately inspires during a dramatic air show—with unexpected consequences for all.Brown has taken a tantalizing tidbit from Faulkner’s real life—an evening's chance encounter with two daredevils in New Orleans—and set it aloft in this fabulous novel. With scintillating prose and an action-packed plot, he has captured the true essence of a bygone era and shed a new light on the heart and motivations of one of America's greatest authors.

How to Earn a Multi-Billion Dollar Valuation, with Fivetran COO Taylor Brown

To 18-year-old Taylor Brown, spending the rest of his life at work meant he had to truly love his profession. The problem was, he didn’t know his passion. It wasn’t until 2012 that he made a decision that would determine the next ten years of his life. That decision was to start a company with his childhood friend, George Fraser. Now, as COO of Fivetran, a SaaS data integration service, Taylor says he’s hooked on the challenges of running a high-growth company. “In my life, I've had enough experiences where if I really put my mind towards something, I can be successful,” Taylor says. “You just have to work hard enough at it and be smart and catch breaks. And that's what I think got us here. Quitting was never an option. It was like a burn-the-boat scenario. Like, we're going to win this war.”Now, the Andreessen Horowitz-backed company is valued at $5.6 billion. Just this year, Fivetran raised $565 million and acquired HVR Software, Inc. for $700 million. The company’s client roster includes Square Inc., Docusign, Inc., and Conagra Brands, Inc.In this episode of Forge Ahead, Taylor talks about persevering in the face of challenges, dealing with growing pains in your company, and solving operational inefficiencies.Visit www.forgeaheadpodcast.com for the full Show Notes or to learn more about the show.

Join us for a special Counterculture episode where we sit down with Taylor Brown (CIY, Rough Terrain Studios) and talk about following Jesus.

What Are We Building? Sun Prairie

If you're going to ask "What Are We Building?" Taylor Brown is the right person to ask.  On this week's show, Andy has a long-overdue chat with Sun Prairie's economic development director about a BUNCH of topics, including the new branding initiative, industrial expansion, housing, downtown development and how to bring good paying jobs to the community.

Serving the tea.* * *Tsuki Taylor Brown is a resident at the Atlanta Soto Zen Center. He works in the field of public health and is a health justice advocate.Inga Annie Wade is an Atlanta-based illustrator and designer who loves to make movies with her nieces and nephews. As someone with a health-related disability, she strives to make the world a more accessible place for everyone.Kyōsaku Jon Mitchell is a daughters’ father, rabbi’s husband, writer, musician, and podcaster. He was born and raised in Atlanta and now lives in Decatur.Householders is a production of the Atlanta Soto Zen Center in Atlanta, Georgia and the Silent Thunder Order. You can support these teachings by PayPal to donate@STorder.org. Gassho.