Today, we have a special bonus episode of Waveform! We recently had an interview with Mark Zuckerberg in our series "Talking Tech" on the MKBHD channel, but we left a bit of it on the cutting room floor. Hence, we decided to upload the full and uncut version of the interview to Waveform to let you hear everything we talked about, in its entirety!Links: https://twitter.com/wvfrm https://twitter.com/mkbhd https://twitter.com/andymanganelli https://www.instagram.com/wvfrmpodcast/ shop.mkbhd.com Music by KamrenB: https://spoti.fi/2WRJOFh Talking Tech with Mark Zuckerberg: https://bit.ly/3c2Uw22 Learn more about your ad choices. Visit podcastchoices.com/adchoices

Facebook CEO Mark Zuckerberg talks with Recode's Kara Swisher in this interview, which was originally published in July 2018. They discuss why Facebook hadn't banned Alex Jones and Inforwars (a stance it later reversed), why no one was fired after the Cambridge Analytica scandal, and the rise of China as a global tech power.Featuring:Mark Zuckerberg, co-founder and CEO, FacebookHosts:Kara Swisher (@karaswisher), Recode co-founder and editor-at-largeMore to explore:On Reset, Arielle Duhaime-Ross explores why — and how — tech is changing everything.On Recode Media, Peter Kafka interviews business titans, journalists, comedians and podcasters about the collision of tech and media.On Pivot, Kara Swisher and Scott Galloway talk about the big tech news stories of the week, who's winning, who's failing, and what comes next.And on Season 1 of Land of the Giants, Jason Del Rey chronicled the rise of Amazon — and now, on Season 2, Peter Kafka and Rani Molla are examining "the Netflix effect."About Recode by Vox:Recode by Vox helps you understand how tech is changing the world — and changing us.Follow Us:Newsletter: Recode DailyTwitter: @Recode and @voxdotcom Learn more about your ad choices. Visit megaphone.fm/adchoices 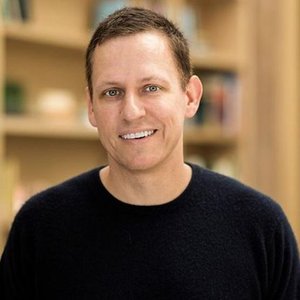 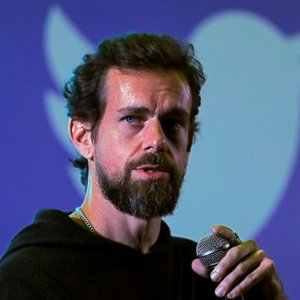 Mark Zuckerberg & the Arbiters of Truth

“I don’t think that Facebook or internet platforms in general should be arbiters of truth.” Facebook CEO Mark Zuckerberg considers social media’s obligation to censor--and not censor--information available on their platforms. In an extended interview with Andrew Ross Sorkin, Zuckerberg discusses his company’s role in politics, truth, and the future of work. Plus, Andrew reflects on the interview in a conversation exclusive to Squawk Pod.

Technology journalist and Wired editor-at-large Steven Levy talks with Recode's Kara Swisher about his latest book, Facebook: The Inside Story, for which he obtained years of direct access to CEO Mark Zuckerberg and COO Sheryl Sandberg. Levy discusses how he got that access, how Zuckerberg has changed (or hasn't) over time, and whether he, Sandberg, and the company at large understand the damage that Facebook has caused. Plus: Why Zuckerberg destroyed his old diaries, how he was influenced by Bill Gates, and what will happen to the company next now that it is under more scrutiny than ever.Featuring:Steven Levy (@StevenLevy), author, Facebook: The Inside StoryHost:Kara Swisher (@karaswisher), Recode co-founder and editor-at-largeMore to explore:On Reset, Arielle Duhaime-Ross explores why — and how — tech is changing everything.On Recode Media, Peter Kafka interviews business titans, journalists, comedians and podcasters about the collision of tech and media.On Pivot, Kara Swisher and Scott Galloway talk about the big tech news stories of the week, who's winning, who's failing, and what comes next.And on Land of the Giants, Jason Del Rey chronicled the rise of Amazon. Season 2 will focus on Netflix and is coming soon!About Recode by Vox:Recode by Vox helps you understand how tech is changing the world — and changing us.Follow Us:Newsletter: Recode DailyTwitter: @Recode and @voxdotcom Learn more about your ad choices. Visit podcastchoices.com/adchoices

Over the past year Mark Zuckerberg has held a series of interviews themed around technology and society. This conversation with Tyler and Patrick is the last in that series, and covers why they think the study of progress is so important, including how it could affect biomedical research, the founding of new universities and foundations, building things fast, housing and healthcare affordability, the next four years of the Chan Zuckerberg Initiative, and more. Read a full transcript enhanced with helpful links, or watch the full video. Recorded November 22nd, 2019 Other ways to connect Follow us on Twitter and Instagram Follow Tyler on Twitter  Follow Patrick on Twitter Follow Mark on Facebook Email us: cowenconvos@mercatus.gmu.edu Subscribe at our newsletter page to have the latest Conversations with Tyler news sent straight to your inbox.

After Russia interfered in the 2016 US presidential election, the social media giant Facebook came under deep scrutiny. Rightly so — much of the interference happened on its platform. Mark Zuckerberg, president, CEO, and founder of Facebook, says the company has spent billions and hired ten’s of thousands of people to deal with security. Still, he doesn’t want Facebook to deal with the problem alone. He told Cass Sunstein, law professor at Harvard, Facebook needs the government’s help when it comes to making decisions about the balance of free expression, safety, privacy, human dignity, and decency online. Sunstein wrote the book #Republic, which examines the link between social media and threats to democracy. (Facebook is an Aspen Ideas Festival underwriter). The views and opinions of the podcast guests are their own and do not necessarily reflect those of the Aspen Institute.

Sam Altman, the president of YCombinator and co-chairman of OpenAI, joins Recode's Kara Swisher for this live interview at Manny's in San Francisco, moderated by Manny Yekutiel. In this episode: (01:45) What did techies think was going to happen?; (06:35) Would the techlash have been the same if Hillary Clinton had won?; (10:31) Did tech develop too quickly?; (18:06) What would change if tech's leaders were more diverse?; (19:47) Why Swisher and Altman considered running for office; (25:38) What does fixing Facebook actually look like? (33:30) Where does the techlash go next?; (37:55) What can we do other than sit and wait?; (42:56) How to respond to accusations of sexual misconduct; (49:17) Race, cities and making tech companies more diverse; (55:38) Who owns your data?; (59:17) What happens when AI gets smarter than humans?; (1:04:12) Outrage and tech addiction; (1:12:39) Should investors expect less revenue from responsible tech companies?; (1:16:56) The crypto “scam” and privacy; (1:19:48) Final takeaways Learn more about your ad choices. Visit podcastchoices.com/adchoices

Facebook CEO Mark Zuckerberg talks with Recode's Kara Swisher about a litany of issues, including the Cambridge Analytica scandal and why Infowars and other conspiracy theorists, like Holocaust deniers, don't get kicked off Facebook. He says he believes over-regulating tech companies is dangerous because it could advantage Chinese firms that don’t share Americans’ commitment to freedom of expression. Zuckerberg also talks about how he thinks VR and AR will change the future of work, explains why his 2017 tour of the U.S. was not a political campaign and says that if anyone should be fired for Facebook's recent privacy stumbles, "It should be me." However, he declines to fire himself, instead committing to an audit of all the other companies like Cambridge Analytica that had access to the most user data. Learn more about your ad choices. Visit podcastchoices.com/adchoices

Facebook CEO Mark Zuckerberg seldom gives interviews, but in the wake of the massive Cambridge Analytica privacy breach, he made an exception to speak with Vox’s Ezra Klein. Mark tells Ezra why he’s hopeful about Facebook’s future before privacy advocate Marc Rotenberg tells Sean Rameswaram why he’s not. Learn more about your ad choices. Visit podcastchoices.com/adchoices

Mark Zuckerberg on Facebook’s hardest year, and what comes next

The Gray Area with Sean Illing

It’s been a tough year for Facebook. The social networking juggernaut found itself engulfed by controversies over fake news, electoral interference, privacy violations, and a broad backlash to smartphone addiction. Wall Street has noticed: the company has lost almost $100 billion in market cap in recent weeks. Behind Facebook’s hard year is a collision between the company’s values, ambitions, business model, and mindboggling scale. Mark Zuckerberg, the site’s founder, has long held that the company’s mission is to make the world more open and connected — with the assumption being that a more open and connected world is a better world. But a more open world can make it easier for governments to undermine each other’s elections from afar; a more connected world can make it easier to spread hatred and incite violence. So has Facebook become too big to manage, and too dangerous when it fails? Should the social infrastructure of the global community be managed by a corporation headquartered in Northern California? What’s Zuckerberg’s reply to Apple CEO Tim Cook, who says the social media giant’s business model is at odds with its users’ interests? And how has all this changed Zuckerberg’s ambitions for Facebook’s future, and confidence in its mission? Zuckerberg and I talk about all of this and more in this conversation. Learn more about your ad choices. Visit podcastchoices.com/adchoices