For the last week of Women’s History Month, we’ll be re-sharing some of our favorite episodes from the badass women who make up our sport. We’ll be re-airing here in our feed one episode every day for the next week and then we’ll be back with new episodes the first week of April.Enjoy these old episodes from Gwen Jorgensen, Sarah True, Flora Duffy, Heather Jackson, Holly Lawrence, Sika Henry, Chelsea Sodaro — who has since had her baby, and on the last day of the month we’ll hear again from our only gender nonbinary pro Rach McBride.Today we're re-airing our episode with former pro runner (and 10K national champion) Chelsea Sodaro. A few years ago, after many injuries and a disappointing 2016 Olympics run, she made the switch to triathlon—and has already seen success, winning multiple 70.3s and taking 4th at the 70.3 World Championships this past fall.Chelsea talks about why she’s having fun now, what she’s learned, why she decided to stop chasing the Olympic dream and move to 70.3 (hint: it has to do with staying close to her family), and how she’s evaluated her big goals during this stressful time.Despite a few internet issues, this is an insightful conversation and full of great information. Bear with us! Plus, you’ll want to hear what her running PRs are…And first we talk to Jeff Sankoff, an ER physician, triathlete, and coach who runs TriDoc coaching and puts on the TriDoc podcast.He answers some key questions athletes have right now about their health and safety.

The Triathlete Hour: ep. 22 - Chelsea Sodaro is having fun

This week we talk to former pro runner(and 10K national champion) Chelsea Sodaro. A few years ago, after many injuries and a disappointing 2016 Olympics run, she made the switch to triathlon—and has already seen success, winning multiple 70.3s and taking 4th at the 70.3 World Championships this past fall.Chelsea talks about why she's having fun now, what she's learned, why she decided to stop chasing the Olympic dream and move to 70.3 (hint: it has to do with staying close to her family), and how she's evaluated her big goals during this stressful time.Despite a few internet issues, this is an insightful conversation and full of great information. Bear with us! Plus, you'll want to hear what her running PRs are...And first we talk to Jeff Sankoff, an ER physician, triathlete, and coach who runs TriDoc coaching and puts on the TriDoc podcast: https://tridoccoaching.com/He answers some key questions athletes have right now about their health and safety.And if you're looking for more information about our virtual event, Hawaii From Home: triathlete.com/hawaiifromhome 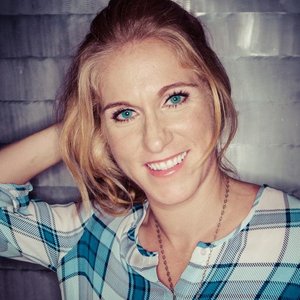 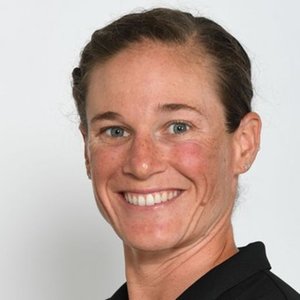 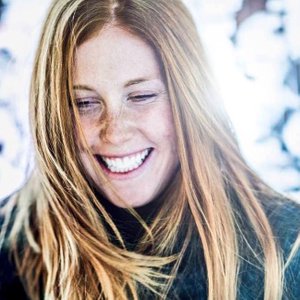 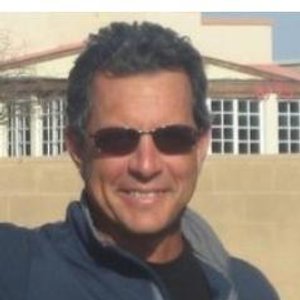 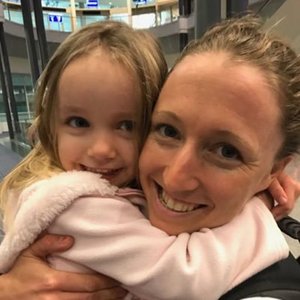 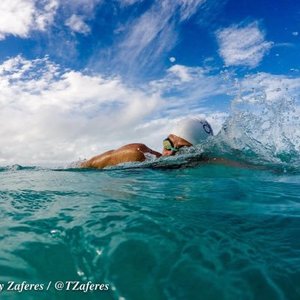 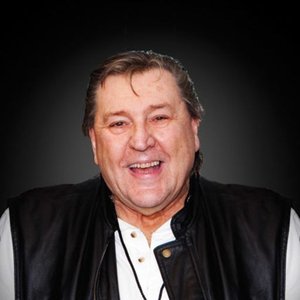 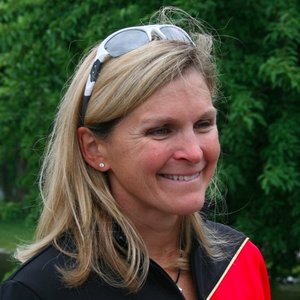 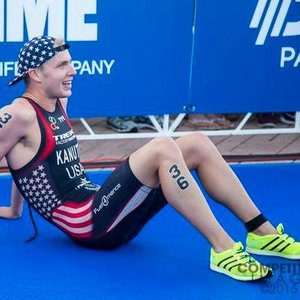 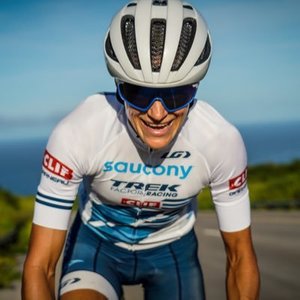 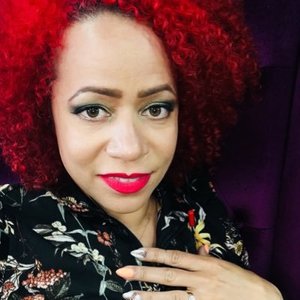 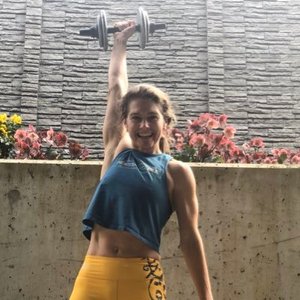 This week, Alyssa and Haley chat with pro triathlete Chelsea Sodaro about her world-class athletic career. First, Chelsea talks about virtual racing from her kitchen and how she’s been handling social distance training. Next, she dives into her background as an elite runner, how she struggled through her first few years, and dealt with injury and disappointment. Then, she shares how triathlon piqued her interest and how she successfully transitioned from draft legal racing to long course triathlon finishing 4th at 70.3 Worlds in Nice in only her fourth 70.3. Plus, Chelsea's suggestions on how to use this time to work on your weaknesses and come out a stronger athlete.Alyssa completes her 5 Days of Jarmans challenge, Haley does her own mountain challenge, and our hosts share #inspiredbyLael adventures from our listeners.

When BMC-Velofit signed the former PRO-runner and ITU World Cup racer Chelsea Sodaro, she had not yet raced a single 70.3 event. After a smashing debut win at 70.3 India Wells and 4th at 70.3 Worlds in Nice, podcasters and fans can´t seem to get enough of the super friendly California girl.Photo: James Mitchell

Chelsea Sodaro - Anthropomorphism Is A Thing!

It's amazing how a quick scroll through someone's Instagram feed can give you some good ammunition for an interview. Sorry Chelsea for bringing up the Tom Brady thing. I hope you're recovering ok?Chelsea has a great story - from her dog getting a turkey stuck on his head, to her Maverick/Bruce Willis brother, and just when I thought her story couldn't get anymore interesting, she hit me with a response about her first triathlon win, that I don't think I've ever heard before.Be a part of Witsup and support us by becoming a member so that we can keep bringing you great content - www.patreon.com/witsup

Chelsea Sodaro is a professional triathlete specializing in the 70.3, or Half Ironman distance. She and her husband live in Marin County, just outside of San Francisco. Chelsea ran for Davis Senior H.S. before competing for UC Berkeley. She was a 3X All American at UC Berkely and won 2 national titles before she had a disappointing run at the Olympic trials for the 10k. Just 3 years ago, Chelsea did her first triathlon and raced on the ITU circuit, where she won her last race in June of 2018. She then joined Coach Matt Dixon the Purple Patch Squad and switched to the 70.3 distance. Chelsea won her 2nd ever attempt at the 70.3 distance and hasn’t looked back. Since that first win, she’s been on the podium in every race except for the 70.3 World Championships in Nice, France, where she placed 4th in the entire world. While Chelsea may not be a household name in the triathlon world yet, I can pretty much promise you it won’t be long… Chelsea is the complete package. An incredible athlete, a hard worker, and she’s just an awesome person that I want to be friends with in real life.

87 The Power of Team with Sarah Piampiano and Chelsea Sodaro

The theme of this episode is empowerment and the power of lifting each other up in support. The journey to elite success can be lonely and competitive, and there's a long-standing stereotype that elite female athletes can't work well together in this pursuit of excellence. Chelsea Sodaro and Sarah Piampiano are here to dispel those myths.  In fact, this Purple Patch duo insist that working together day after day is a driving factor in their individual success. The collective wins and the proof is not only in the fantastic race outcomes they've had this year, but also in their overall attitude and outlook on the sport. To learn more about the Purple Patch Squad, visit: https://www.purplepatchfitness.com/squad To submit a question or suggestion on what Matt should do when we reach 1000 reviews: https://www.purplepatchfitness.com/podcast Not sure how to leave a review for the podcast at Apple Podcasts?  https://animoto.com/play/Pd9H8YLMAB8stHnpaZ6w9g Thanks for taking a listen and, if you like what you hear, please subscribe, share, rate and review. Your feedback is appreciated. Subscribe to the Purple Patch Podcast: Apple Podcasts Spotify Stitcher Google Podcasts Copyright 2019 All Rights Reserved

Chelsea is a professional runner that turned professional triathlete and in just a few years Chelsea cemented her place as an elite pro by placing 4th at the Ironman 70.3 World Championships in Nice. .www.instagram.com/chelseasodaro

77 Chelsea Sodaro - Train Like the Athlete You Want to Become

This is a replay of Episode 55 - an interview with Purple Patch Pro, Chelsea Sodaro. After months of rehabbing an injury, Chelsea won IRONMAN 70.3 Santa Rosa with a blistering 1:16 Half Marathon split. Congratulations, Chelsea! Chelsea Sodaro was born to be an athlete. Both parents competed in triathlon and Chelsea also remembers her Dad training for the Boston Marathon! With energy like that in your life, how could you not love sport?! And she did. Chelsea fell in love with running, which took her through college at Cal Berkeley along with a post-collegiate professional running career. She may be a superhuman on the track, but she is also very human, having suffered frustrating injuries and setbacks that kept her from having the running career that she truly desired. But, just like the rest of us, she was inspired by the 2016 Rio Olympic triathlon. She loved watching the build-up to that race and decided to give the sport a go knowing it would provide a new outlet for athletics and beneficial cross-training. Today, she’s just a couple of years into her professional career and in the process of writing history. Chelsea landed on the podium in both of her 70.3 races in 2018, including an overall win at Indian Wells 70.3.  She opens up with Matt today on her past and the valuable lessons that triathlon has brought into her life. She also discusses: Her Key Ingredients for Successful Training Non-negotiable habits in her life The Value of Good Coaching on her career Advice on Searching for the Right Coach Highlights of Attending Camp Rookie Mistakes at Races  And finally, Chelsea shares what success in the sport of triathlon will look like for her. Her answer may surprise you. Or maybe not. It is an intimate coaching moment with Matt that resonates across all performance levels.  Best of luck, Chelsea. Your Purple Patch fans are cheering for your success! To learn more about Chelsea Sodaro follow her on: Instagram Transition Four Site Copyright 2019 All Rights Reserved

Just a few short years ago, Chelsea Sodaro was a professional distance runner, running at lightning speed since college. An injury in 2016 prevented her from running so she cross-trained by swimming and cycling, and then her husband suggested she try triathlon. She transitioned to the sport (ITU) in late 2016 and hasn't looked back. Her long-disance debut race was IM 70.3 Indian Wells in 2018 which she won, and she's been having impressive finishes ever since.