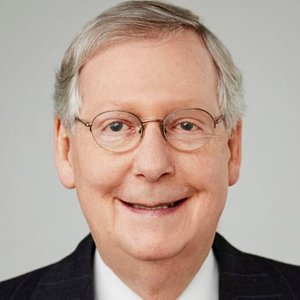 In this episode of The Interview, Hugh speaks with former Secretary of State Mike Pompeo followed by another interview from yesterday with Senate Minority Leader Mitch McConnell.See omnystudio.com/listener for privacy information.

Adam Jentleson is the Executive Director of the progressive organization Battle Born Collective, a former deputy chief of staff to Senator Harry Reid, and the author of "Kill Switch: The Rise of the Modern Senate and the Crippling of American Democracy." In it, he argues that the filibuster not only runs contrary to the Framers' designs, but that it has created a perverse incentive structure that rewards obstruction by the minority party and significantly lessens the chances of bipartisanship. Adam and David discuss the filibusters origins in white supremacy, its evolution, and why Mitch McConnell will jettison it as soon as he thinks it's convenient. Learn more about your ad-choices at https://www.iheartpodcastnetwork.com 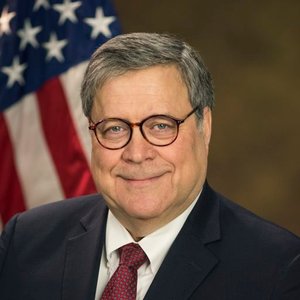 On this New Years Eve episode of Impolite Truths, John Rocha and Dorina Arellano discuss the fight going on in the Senate between Mitch McConnell and the Democrats and the soon to be former President Donald Trump over an increase in stimulus checks. Also, they discuss the bungling of the COVID vaccine rollout and how its affecting the numbers of people being vaccinated in high risk jobs and how unstable and false Trump's claims of election fraud are becoming on a daily basis. John and Dorina will be in the live chat as well to discuss your reactions to their thoughts in the video. Send in your SuperChats or send in your Streamlabs questions while you watch to: www.streamlabs.com/impolitetruths/tip To become a member of The Outlaw Nation Patreon, go to: https://www.patreon.com/JohnRocha #ImpoliteTruths #DonaldTrump #COVID Follow John Rocha: https://twitter.com/TheRochaSays Follow Dorina Arellano: https://twitter.com/evildorina SHOW LESS

This week, we're joined by David Dayen, executive editor at The American Prospect, to talk about how the Biden administration could interpret existing laws to get around GOP obstruction in the Senate and deliver real progress on healthcare, wages, the environment and a host of other problems facing the American people.

The ReidOut with Joy Reid

Policies from covid relief are set to expire by the end of the year if the Senate doesn’t take up the House’s HEROES Act. Sen. Chris Murphy blames Sen. Mitch McConnell: "He has refused to negotiate with anybody ... because he's afraid of splitting his caucus."

For our election 2020 recap episode, political consultant Rania Batrice joins us to break down what this means for climate, and Georgia Wright and Julianna Bradley, producers and hosts of the youth climate pod Inherited, join to talk about the youth vote turning out and turning up.Newsletter: https://realhottake.substack.com/subscribe

This week, Liz Preza and Joshua Holland survey the damage from Wednesday's unpleasant vice presidential debate, and talk about Trump bailing on the second presidential wrangle.  Then we're joined by Greg Sargent from The Washington Post to talk about how Trump contracting Covid has devastated his campaign, why seniors are fleeing the GOP and how Senate Majority Leader Mitch McConnell may have concluded that Trump is going to lose and is setting up a new Tea Party movement for a Biden presidency.