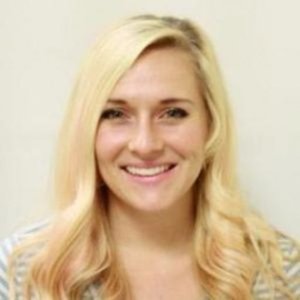 Emily Merrell is the Founder and Business Coach at Six Degrees Society, Co-Founder of the Ready Set Coach Program, and Podcast Host of The Sixth Degree Podcast. She has supported thousands of ambitious women to get what they want in their personal and professional lives. SDS members often achieve their first paying clients, land a new job and a mentor by utilizing Emily’s expert knowledge shared through signature connection events, sold-out masterminds, and 1:1 coaching. Emily’s expertise has been applauded and featured by Refinery29, Girlboss, Forbes, and Huffington Post. She is based in San Francisco, and in her spare time, you can find her adventuring to wine country, running with her husband, or planning her next taco night. As a new mom to be in today’s episode, we chat about her journey as an entrepreneur, how she’s navigating maternity leave, and a new course she’s launching to help entrepreneurs delegate with ease. Links mentioned in the episode: Website: https://www.sixdegreessociety.com/ SDS Instagram: https://www.instagram.com/six_degrees_society/ Emily Instagram: https://www.instagram.com/emilyamerrell/ SDS Digital Course: https://www.sixdegreessociety.com/digital-course-get-organized-af/ https://www.fullyfundedx40weeks.com/

Becoming a confident woman in business in your 20s, negotiating salaries + being your own boss ft. Emily Merrell 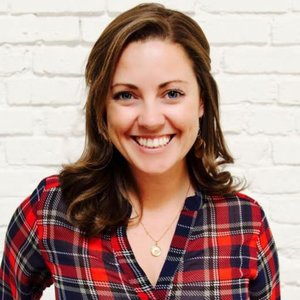 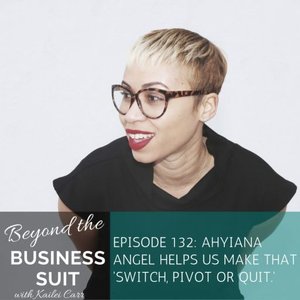 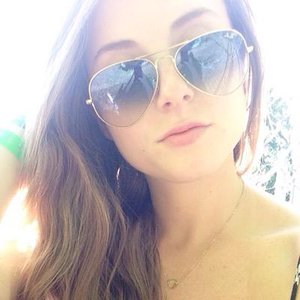 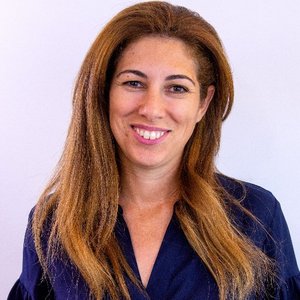 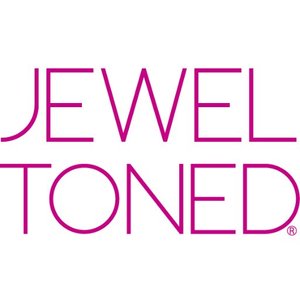 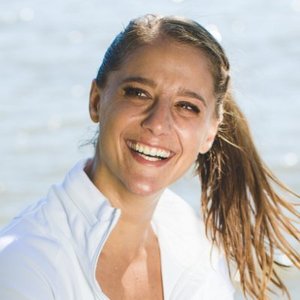 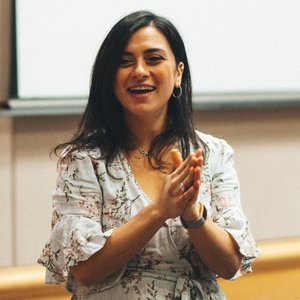 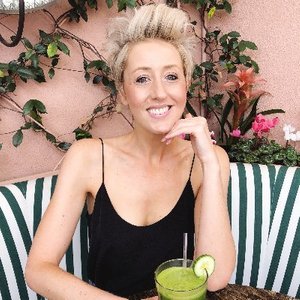 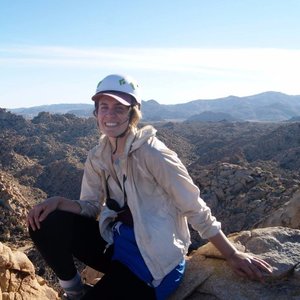 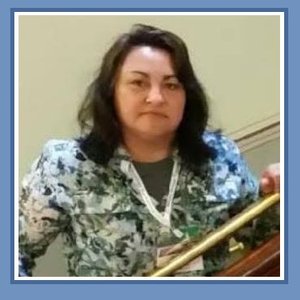 Pricing and Planning Your Networking Event with Emily Merrell

Emily Merrell is the Chief Networker and Founder of Six Degrees Society, a women’s networking company. She has spent a decade planning 400+ events for high-luxury businesses, and has helped entrepreneurs streamline their event offerings, build community from scratch and up-level their business. In this episode they discuss the impact of the pandemic on her networking business and how she prices her events and coaching sessions.Six Degrees Society: https://www.sixdegreessociety.com/Emily Merrell: https://www.emilymerrell.com/

Emily Merrell built her business on the value of networking. Six Degrees Society is a membership, mastermind, and coaching community for strong, independent, and fierce women that has grown into more than 10 cities and 300 digital events worldwide.  In this conversation, you’ll hear how Emily launched Six Degrees Society as a side hustle (and what it took for her to take the leap to full-time). She explains the pivots she had to make when the pandemic hit and the new revenue streams that came out of it. We also talk about fundraising and how the traditional ways of raising money aren’t the only ways to go about it. This is an enlightening conversation and I know you’ll love how vulnerable and open Emily is about her entrepreneurial journey. Enjoy! Six Degrees Society The E-Myth Revisited: Why Most Small Businesses Don’t Work and What to Do About It, by Michael E. Gerber Alt Summit THEPRBAR Episode 30: Closing the Fundraising Gap with Sarah Sommers, Co-Founder &amp; VP of Brand Strategy and Partnerships at IFundWomen The Job Seeker Lab withSarina - Enrollment Is Now Open! Sarina’s Free Networking &amp; Job Search Tracker

84. Networking in the Digital Age with Emily Merrell

Power Your Purpose with Megan Accardo

Wondering how you can connect with others in a meaningful way in this digital age? On this episode we have chief networker Emily Merrell to share her best tips! Emily spent a decade planning hundreds of events for high-luxury businesses as well as her own women’s networking company, Six Degrees Society. She shares the tricks and methods she used to plan over 200 annual events, build a community from scratch and make passive revenue. Emily’s mission in life is to help solopreneurs move the needle in their business through events, community building and partnerships.  In addition to Six Degrees Society, Emily also works with companies, founders, and more who are looking to build a strong community of their own, plan retreats to inspire their own teams, or need a mentor in their own business journey. In this episode, we chat about: How the last year has changed her personal and professional networking patterns, and what she will continue doing even afterward. How she pivoted her entire events business model to virtual and the huge lessons she learned along the way. How to authentically pitch yourself to speak at events, without bring spammy and leading with strategic generosity. The importance of following through to gain trust and credibility. If you are ready to to shortcut your path to getting more clients and building a profitable coaching business, message me “PROFITS” on IG @meganaccardo and I’ll share the deets!

Shut Up + Listen with Hope Alcocer

Shut Up and Listen hosted by Hope Alcocer. A 15-minute podcast with your weekly dose of inspiration + insight. This week Hope is chatting with female entrepreneur, business coach, and founder of Six Degrees Society, The Mastermind Program, &amp; ReadySetCoach, Emily Merrell. Emily talks about how she started her own networking business, pivoting during the pandemic, and gives advice on how to break away from your 9-5.  The Shut Up + Listen community can participate in a complimentary networking event on Emily at Six Degrees Society, use code VIRTUALSDS at check out.  Six Degrees Society  Emily on Instagram Emily has chosen to pay it forward by donating to Sundara Fund--- This episode is sponsored by · Anchor: The easiest way to make a podcast. https://anchor.fm/appSupport this podcast: https://anchor.fm/hope-alcocer/support

Emily Merrell is the Chief Networker and Founder of Six Degrees Society. People also (lovingly) refer to her as "20 questions" because she has always loved figuring out people's stories. While working in the fashion industry, she dreamt up a place where individuals could come together from all industries, all backgrounds and show up who they are -- unapologetically. Nothing makes her happier than connecting people who could mutually make each other's lives more enjoyable.Follow Emily: https://www.instagram.com/EmilyAMerrell/https://www.instagram.com/Six_Degrees_Society/Follow Carrie and watch these interviews on IG live:https://www.instagram.com/bra_network/https://www.bra-network.com/ See acast.com/privacy for privacy and opt-out information.

COMMUNITY with Emily Merrell: Creating community, finding (and leaning on) your people, and building relationships beyond “networking”

Julie and Casey sit down with Six Degrees Society founder Emily Merrell to talk about building communities, the best way to network, and how to host an event to foster connection. Along the way we get the epic stories behind how she met her husband in New Orleans doing everything wrong, and what happens when your dream wedding gets evacuated 30 minutes before the ceremony.   TOP TAKEAWAYS Show up as a human, not a human representation of a brand Take the awkward out of networking situations by providing structure. Be a good host by thinking of what your guests’ needs are—they’re simpler than you think! Our adult lives all come down to summer camp skills. The lessons we learn from jobs like retail, hospitality and babysitting are treasure troves of information on how we human. More volume does not equal better networking. You can make deep connections even if you don’t have access to as many events as say, NYC. Take care of your communities! Offer first, but don’t be afraid to ask either. Sometimes doing the wrong thing is the way to make a memorable connection. Use what you have on hand to come up with small talk . . .  seriously anything (even penis straws). Lesson:  How to "Host" About Emily Merrell: HEY, I’M EMILY I'm Chief Networker and Founder of Six Degrees Society. People also (lovingly) refer to me as "20 questions" because I've always loved figuring out people's stories. While working in the fashion industry, I dreamt up a place where individuals could come together from all industries, all backgrounds and show up who they are —unapologetically. Nothing makes me happier than connecting people who could mutually make each other's lives more enjoyable. In addition to Six Degrees Society, I also work with companies, founders, and more who are looking to build a strong community of their own, plan retreats to inspire their own teams, or need a mentor in their own business journey.

Pitchin' and Sippin' with Lexie Smith

Do you feel extremely awkward and intimidated every time you walk into a networking event? That’s because you haven’t heard of today’s guest, Emily Merrell! Emily is the founder and chief networking officer of Six Degrees Society, as well as a business coach for solopreneurs who want to grow their business through events, partnerships and community. Host of The Sixth Degree podcast, Emily and her companies have been featured in outlets such as Forbes, Refinery 29, Girl Boss, Pop Sugar, and many more and have partnered with brands such as Ann Taylor, Rebecca Minkoff, Kendra Scott, Theory, and Velvet. On this episode, Emily gives us her best tips, and  tricks to rock the networking world like a pro. Now that doesn't sound so intimidating, does it? Highlights:Always being the new girl at school, Emily developed a talent for making friends and networking from a very young age which then inspired her to build The Six Degrees Society, a place for connecting more authentically.Emily describes the importance of networking and how useful it is to think of it as building friendships: both kinds of relationships take time and investment. Both in the real world and in the virtual world, there are some do’s and don’ts in the networking field which Emily thinks are key to know.Although Emily has been featured in big magazines such as Forbes, PopSugar, and GirlBoss, which she is really proud of, what has actually helped her to gain more traction, is appearing in more niche platforms that others might be surprised to learn about.Emily tells us all about her podcast called The Sixth Degree, which features entrepreneurs who tend to be her own clients or even members of The Six Degrees Society. If you want to participate in one of the Six Degrees events, you can use the code VIRTUALSDS and attend  the first one for free!To learn more about Emily, make sure to follow her on Instagram and check out her websiteInterested in learning more about Pitchin’? Follow me on Instagram or check out my Facebook page!

Blast From The Past: Emily Merrell of Six Degrees Society, Women All Over The Country Who Empower Themselves And Each Other: Women in Tech California

Don't miss out on the next #womenintech podcast episode, get notified by signing up here http://womenintechshow.comWomen in Tech: Emily Merrell"Women All Over The Country Who Empower Themselves And Each Other”#womenintech Show is a WeAreTech.fm production.To support the Women in Tech podcast go to https://www.patreon.com/womenintechTo be featured on the podcast go to http://womenintechshow.com/featureGuest Host, Brian Nickersonhttps://twitter.com/briannickersonhttps://www.magiclinks.org/Guest,Emily Merrell of Six Degrees Societyemily@sixdegreessociety.comhttps://www.linkedin.com/in/emilyamerrell/In LA? Here’s some awesome resources for you to become immersed in the LA Tech scene -For a calendar of all LA Startup events go to, http://WeAreLATech.comTo further immerse yourself into the LA Tech community go to http://wearelatech.com/vipBe featured in the Women in Tech Community by creating your profile here http://womenintech.co/Links Mentioned:Six Degrees Society, https://sixdegreessociety.com/Squarespace, https://www.squarespace.com/MailChimp, https://mailchimp.com/Splash, https://splashthat.com/MoonClerk, https://www.moonclerk.com/People Mentioned:Jeff Weiner, https://twitter.com/jeffweinerJustine Howe, https://www.linkedin.com/in/justinehowe/Credits:Produced and Hosted by Espree Devora, http://espreedevora.comStory produced, Edited and Mastered by Adam Carroll, http://www.ariacreative.ca/Show Notes by Karl Marty, http://karlmarty.comMusic by Jay Huffman, https://soundcloud.com/jayhuffmanShort Title: Women Focused Networking Events