The Anxiety Lab is back! Season 2 starts with Aparna Nancherla (Netflix, Colbert, The Great North). We discuss defining ourselves through the eyes of others, the creative process, other people’s expectations, being an outsiders/observer, procrastination, being a performer as a defense mechanism vs as a process of healing and SO much more. You can find Aparna on IG and Twitter as aparnapkin.  Sagar’s new mindful social media app: landedapp.net.  Get in touch at theanxietylab@gmail.com or on Instagram @sagarbot. Music by Niall Connolly. Also, here’s MERCH: https://teespring.com/stores/anxiety-lab.

Freetown Sound by Blood Orange is such an "immaculate" album that James worries he might burst into tears just talking about it. Here's hoping Aparna feels the same, otherwise trouble could be afoot. 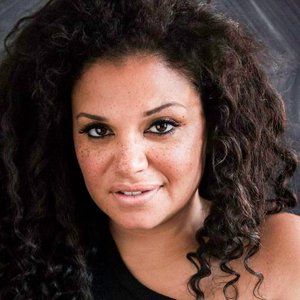 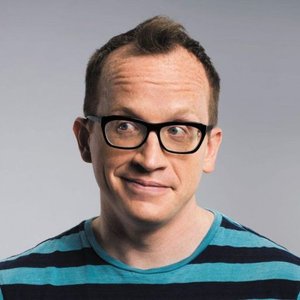 It's episode 200! And to celebrate, we've invited our favorite friends of the show/friends IRL to drop by and answer one advice question each! We've got Aparna Nancherla of The Great North and Corporate; Jo Firestone, head writer for Ziwe and the woman behind the brilliant Peacock special Good Timing; Isaac Oliver, writer for GLOW and The Marvelous Mrs. Maisel; Punam Patel of Special and I Love That for You; and of course Ask Ronna/Attitudes/9-1-1's Bryan Safi! It truly is A CAVALCADE OF STARS! If you'd like to ask advice questions, call 323-524-7839 and leave a VM or just DM us on IG or Twitter! Also, support the show on Patreon or with a t-shirt (or a Jewboo shirt) and watch us every once in a while on Twitch or check out clips on YouTube! Our GDPR privacy policy was updated on August 8, 2022. Visit acast.com/privacy for more information.

Nature Talks to Itself

Aparna Nancherla: ‘Why Should I Apologize for Who I Am?’

Aparna Nancherla is one of the most accomplished and well-respected stand-up comedians of her generation. But she has spent most of the past two years off stage, recording voiceover work and writing a book about imposter syndrome, the kind of “showbiz activities,” as she put it, that can be done in a “cave.” In this episode, Nancherla opens up about “commodifying” anxiety in her comedy and taking on the culture wars with her new animated Comedy Central series ‘Fairview.’ She also shares why it was so hard to write jokes for Seth Meyers, why it was so rewarding to play Bojack Horseman’s daughter and why Joe Rogan should stop hiding behind the “I’m just a comedian” defense.Follow Aparna Nancherla on Twitter @aparnapkin and Instagram @aparnapkinFollow Matt Wilstein on Twitter @mattwilsteinFollow The Last Laugh on Instagram @lastlaughpod Highlights from this episode and others at The Daily Beast Our GDPR privacy policy was updated on August 8, 2022. Visit acast.com/privacy for more information.

The Comedic Anxieties of Dating (with Aparna Nancherla)

Today, joining us to speak on dating, comedy, finding, and being the source of inspiration is the oh-so wondrous, deeply hilarious, and boldly thoughtful actress and comedian Aparna Nancherla. She has appeared on several Late Night talk shows, Comedy Central, Inside Amy Schumer, and acted in plays like Crashing and The Great North's animated series. And if you are in New York City, catch Aparna and her deadpan humor at Butterboy Comedy, a weekly stand-up co-hosted with Maeve Higgins and Jo Firestone. You can find us on social media on Instagram and Twitter .   You can support Immigrantly by subscribing to our .   Hosts: Saadia Khan &amp; Shahjehan Khan Executive Producer: Saadia Khan Creative Producer: Kylee C. Roberts Content writer: Yudi Liu Feature Editorial Review: Asad Butt Sound &amp; Content Editor: Bronte Cook Immigrantly Theme Music: Evan Ray Suzuki Other Music: Podington Bear, Jahzzar   Special Thanks to our Development Producer Aleeza Kazmi

The delightful and hilarious actor Aparna Nancherla reunites with her good friend Tig on Zoom. Who can forget Aparna from shows like Netflix's BoJack Horseman, Comedy Central's Corporate, and Fox's The Great North? In this episode, Tig and Aparna talk about how the pandemic has us all dropping longtime friends, but maybe not forever. Aparna asks for Tig's advice on the daunting task of writing her first book. Together they give guidance to a  woman who wants to give her partner the best Christmas ever before he deploys for military service and try to help a son whose senior-citizen mom keeps falling for online dating scammers.   This episode is sponsored by Betterhelp (go to Betterhelp.com/TIG for 10% off the first month) and Sakara (go to sakara.com/dontask  for 20% off your first order). Need advice? Submit your question for Tig at dontasktig.org/contact.

Mirror Breathing by Shield Patterns is an electronic album of inventive melodies, set in atmospheric and sometimes haunting soundscapes. But will Aparna Nancherla be scared or (like James) seduced?