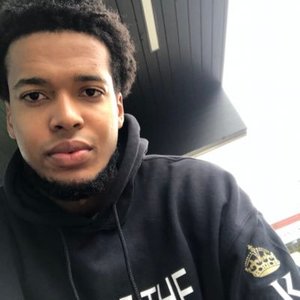 Josh Lloyd looks at the action from Thursday including CJ McCollum shouldering the Blazers load, Skal Labissiere with a big night, supported by Carmelo Anthony and Gary Trent Jr., another Giannis Antetokounmpo triple double, and big Eric Bledsoe game, and previews Friday's games. The Locked On Fantasy Basketball Podcast is brought to you by Basketball Monster.Support Men's Mental and Cancer Health by watching me grow a moustache for MovemberIntro Music by KVKA Instagram Learn more about your ad choices. Visit podcastchoices.com/adchoices

Can Skal Labissiere be a contributor? Or is he destined for another year as an insurance policy at the end of the bench? Listen to this easily digestible and brilliantly organized discussion of Skal ahead of his first full season with the Blazers. Learn more about your ad choices. Visit podcastchoices.com/adchoices 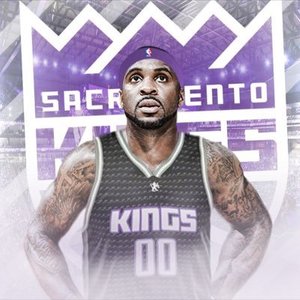 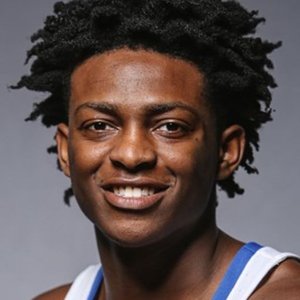 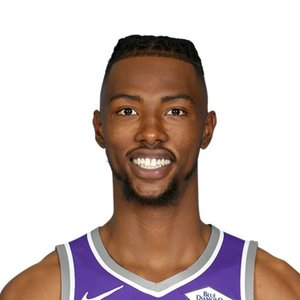 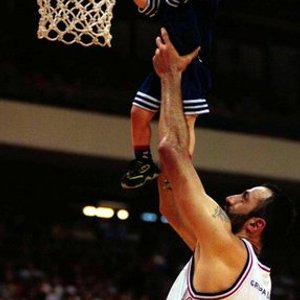 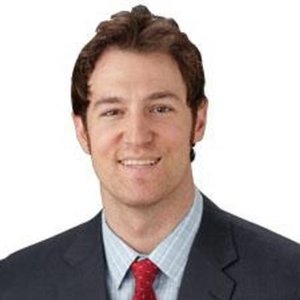 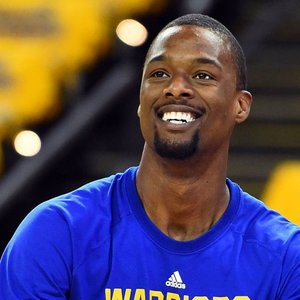 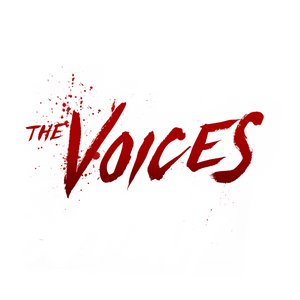 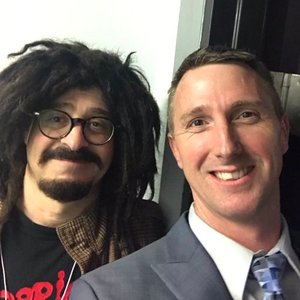 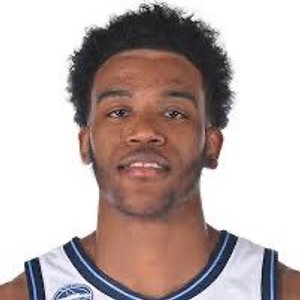 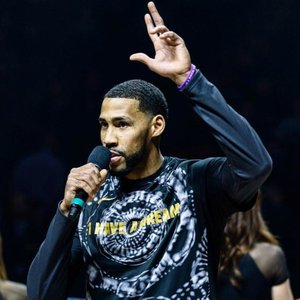 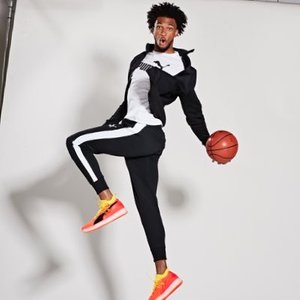 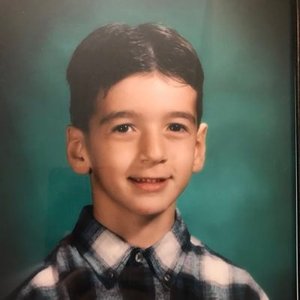 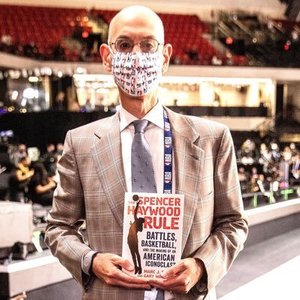 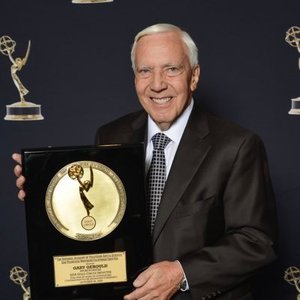 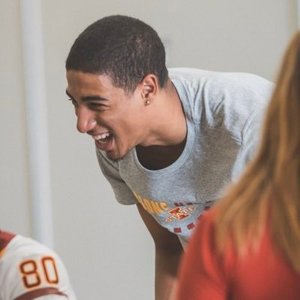 The Kings Court: Skal Labissiere reminding everyone of his potential

On this episode of The Kings Court, hosts Vince Miracle and Joe Morgan discuss the development of second-year forward Skal Labissiere. After a rough start to the 2017-18 campaign, Labissiere is reminding everyone of the promise he showed at the end of his rookie season. After the first commercial break the guys take a couple fan questions, however, one question in particular puts the show to a debate. The guys then wrap up the show by looking forward to the Kings' upcoming four-game week.

Keith Smith, contributor for @RealGM and @celticsblog joins the show to talk Kings and other NBA topics. We also discuss why Justin Jackson is in Reno and why Z-BO is playing more than Skal. We want you to join the conversation RIGHT NOW! ► Subscribe to our YouTube Channel:  http://www.youtube.com/c/CowbellkingdomTV ► Subscribe to our Podcast on iTunes:https://itunes.apple.com/us/podcast/ck-podcast/id1143709061?mt=2► Follow Basketball Zone for 🔥 basketball content on IGhttps://www.instagram.com/basketballzoneofficial/►Follow Cowbell Kingdom on all social media platforms:►Follow us on Twitter (Cowbell_Kingdom)https://twitter.com/Cowbell_Kingdom►Follow us on Instagram (Cowbell_Kingdom)https://www.instagram.com/cowbell_kingdom/► Add us on SnapChat https://www.snapchat.com/add/cowbellkingdom ►LIKE US on FACEBOOKhttps://www.facebook.com/cowbellkingdom/► Visit our Online Store:https://shop.spreadshirt.com/CowbellKingdom/Learn more about your ad choices. Visit megaphone.fm/adchoices

97 - Faith in Skal Labissiere, For the Culture: 2017-18 Sacramento Kings Preview

Let's pour one out for the Sacramento Kings' annual failed pursuit of a playoff berth they had no business pursuing in the first place, shall we? In furtherance of the post-DeMarcus Cousins era, the Kings spent the offseason neither chasing wins nor attempting to monopolize the NBA's race to the bottom. Instead, they signed a couple of shrewd veterans in Vince Carter, George Hill and Zach Randolph to help build up the culture. We know what you're thinking: LITERALLY WUT, AND WHY, AND WTF, LMAO ROFL LOLOLOLOL. Get your jokes in now, before it's pointless. Prioritizing environment over a one-year tanking window has its advantages—particularly for a Kings squad that saw its emotional infrastructure crumble despite employing Cousins, one of the 25 best players in the league. Carter, Hill and Randolph don't add enough wins to the Kings' bottom line for this to be a bad investment. So long as head coach Dave Joerger is prepared to roll first and foremost with the kiddies, these three will play a pivotal role in forging unity amid plenty of losing. (Plus, their contracts aren't long at all.) Which leads us to a fair question: Is this the plan? Will the Kings be able to play De'Aaron Fox and Buddy Hield over Hill in crunch time? Can Joerger guarantee Randolph won't eat into exposure for Willie Cauley-Stein and Skal Labissiere? Does Bogdan Bogdanovic get more spin than Carter? To help unpack the mystery that remains these Kings, we turn to NBA Math's own Tom Rende (@Trende19), and his appreciation for all things SKAL. As always, be sure to subscribe to and rate Hardwood Knocks on iTunes. You can also find us on Stitcher and BlogTalkRadio. And as 50 Cent's biopic suggests: Follow Andy Bailey (@AndrewDBailey), Dan Favale (@danfavale), the show (@HardwoodKnocks) and NBA Math (@NBA_Math) on Twitter or die trying. Learn more about your ad choices. Visit podcastchoices.com/adchoices

Matt George and Leo Beas break down the Sam Hinkie rumors, the aftermath of Kings versus Pelicans and they interview NBA Skills Trainer, Packie Turner, who trains Stephen Curry, Seth Curry, Aaron Gordon and Skal Labissiere.Make sure to download the Valley Tire Center mobile app, register and turn on your notifications to get free tire balancing. Check our their website for details: http://www.valleytirewoodland.com/Visit Don Weir’s Reno Dodge dealership and ask for the CK Special. They will match your downpayment up to $1000! Take advantage of this great deal. For more information, visit:http://www.renododgetruckdealer.com/cowbell-kingdomIf you are looking for NBA Autographs, NBA Memorabilia, or NBA Trading Cards, HoopCats.com has it all! They also do giveaways on their Instagram page all the time so follow them to keep up! You can also visit their online store for more information: http://stores.ebay.com/TheHoopCatsLearn more about your ad choices. Visit megaphone.fm/adchoices

Kings: Rookie Skal Labissiere on his potential as an NBA player

Episode 77 of “The Kings Insider” podcast on CSNCalifornia.com featuring your host and Sacramento Kings Insider James Ham is here for your listening pleasure!In the first segment of the podcast, rookie Skal Labissiere drops by for a chat. Topics include his summer plans, his future goals and whether or not he can play the small forward spot at the NBA level.Aaron Bruski of Hoop-ball.com joins the talk-back portion of the program to debate the latest Kings trends, including the growth of the young players, UCLA's Lonzo Ball and final 11 games of the regular season.See Privacy Policy at https://art19.com/privacy and California Privacy Notice at https://art19.com/privacy#do-not-sell-my-info.

Episode 76 of “The Kings Insider” podcast on CSNCalifornia.com featuring your host and Sacramento Kings Insider James Ham is here for your listening pleasure!In the first segment of the podcast, CSN's Doug Christie joins the show in our traveling CarCast following the Kings 107-101 win over the Phoenix Suns. Topics include Skal Labissiere's 32-point, 11-rebound performance and the development of the Kings' young core.Aaron Bruski of Hoop-ball.com joins the talk-back portion of the program to debate the latest Kings trends, including Labissiere's monster night, the Suns Marquese Chriss and Willie Cauley-Stein's rebounding.See Privacy Policy at https://art19.com/privacy and California Privacy Notice at https://art19.com/privacy#do-not-sell-my-info.

12/28/15: The mystery of Skal Labissiere and the controversy of Rick Pitino

Gary Parrish is joined by Matt Norlander and Sam Vecenie for this episode of the Eye on College Basketball podcast. They discuss one scout's dumb opinion of Kentucky freshman Skal Labissiere, the Kentucky-Louisville game in general, Rick Pitino (allegedly) flipping the bird and then (definitely) skipping the postgame press conference, and Tuesday night's game between top-ranked Michigan State and Iowa. Learn more about your ad choices. Visit megaphone.fm/adchoices