7 of The Best Podcast Episodes for Scott Schuler. A collection of podcasts episodes with or about Scott Schuler, often where they are interviewed.

7 of The Best Podcast Episodes for Scott Schuler. A collection of podcasts episodes with or about Scott Schuler, often where they are interviewed.

YL RCD Scott Schuler on the Man Up Project
In his new book, Scott tells us being a man is about being true to yourself first. It means finding strength in living authentically and then extending that strength to others. A real man is an asset to those around him. In fact, he is completely irresistible.

Why don’t men band together like they used to? Throughout history, a man could make a difference but a band of men changed the course of history at the deepest level. But in our current state of society, men are emasculated. Just watch any episode of a sitcom and the men are portrayed as stupid ninnies.

Scott Schuler, Young Living Royal Crown Diamond, observed there was something awry with the men in our culture and decided to do something about it. He pioneered the Man Up Project and wrote his book ““MAN UP, There's Something Irresistible About A Bad Boy Who's A Good Man.”

On this Monday's webinar Scott is going to talk about leadership, Ride for a Reason, and how men can find their identity again to live the life they were mean to.

Why do you use PROJECT in “Man Up Project”?
What are the different areas men need to man up?
Do people have a lot of fear in relationships?
What does it mean to have a little gravel in your travel? Is it important?
What does it mean to STAND IN THE GAP?
Men building a YL business, how have things changed now that spouses can have their own accounts? 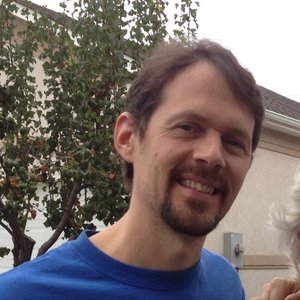 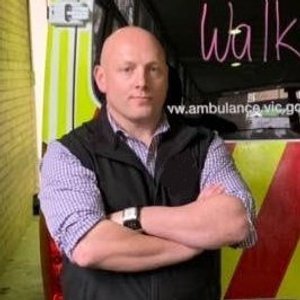 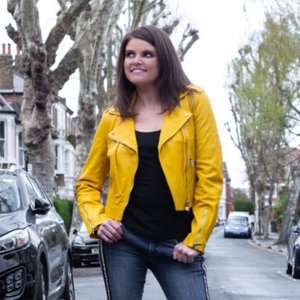 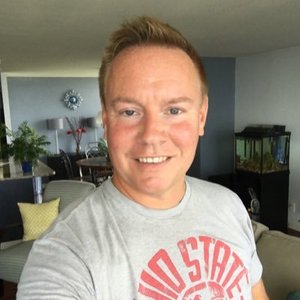 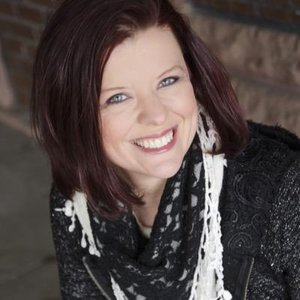 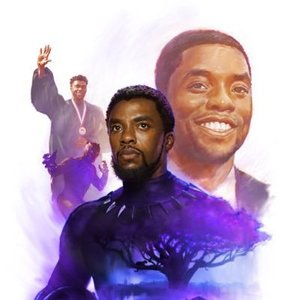 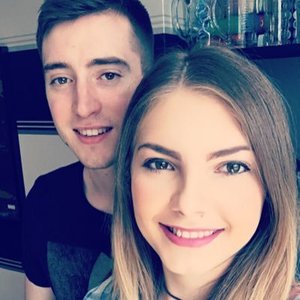 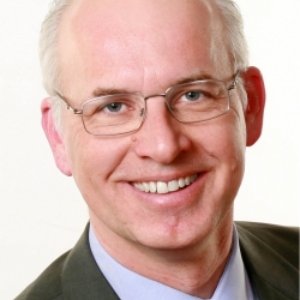 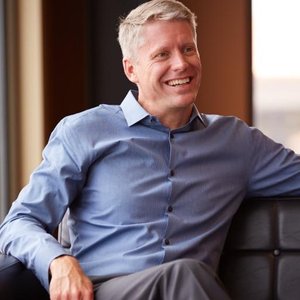 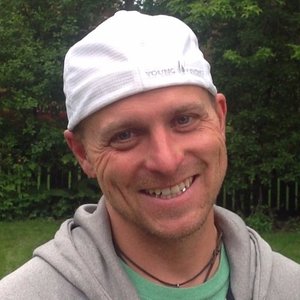 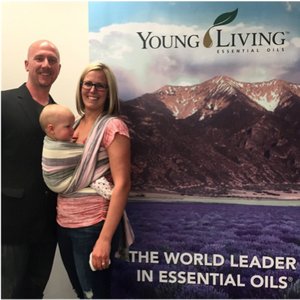 431: Mastering the Art of Referrals by Brenda and Scott Schuler

If you never ask for what you want, you will never get it. Brenda and Scott Schuler show us why you need to stop treating your prospects like names on a hit-list. Also, why bad times in life are lessons learned and not mistakes made.

Who is Brenda and Scott Schuler?

Brenda and Scott Schuler thought they would be the last people in the world to ever get involved in network marketing. Brenda was a former Exercise Physiologist and Scott was a former Chiropractor.

However, something changed 18 years ago that made them get started on their MLM journey.

They’re also very passionate about certain causes and that has led Scott to recently write a best selling book called, “Man Up: It’s Hard to Resist a Bad Boy‚ Even More So a Good Man”

Scott: “Never miss a chance to keep your mouth shut”
Brenda: “If your actions inspire others to dream more, learn more, do more and become more, you are a leader” (John Quincy Adams)

What Did You Learn?

Thanks for joining me on the show.

So what did you learn?

If you enjoyed this episode please share it on social media and send it to someone that needs extra motivation in their MLM business.

Do you have any thoughts or comments?

Please take 60 seconds to leave an HONEST review for the MLM Nation Podcast on iTunes.

Ratings and reviews are extremely important for me to make this show better.

Finally, don’t forget to subscribe to the show on iTunes so that you get updates and new episodes downloaded to your phone automatically.

Scott Schuler is a Young Living Royal Crown Diamond and author of the book Man Up! He’s on a mission to inspire men of every age and walk of life to rise up higher and be the authentic man they were meant to be in every facet of life.

Resources Mentioned in this Episode:

Man Up by Scott Schuler: What I Learned. Why You Need to Read It

Play
Read more
What does it mean to "man up?" For that matter, what does it mean to be a man?
I'm not referring to a male, or a guy, or some other generic or biologic definition. I'm talking about a MAN!
How should he think? Behave? Treat a lady? Lead in business? Set an example as a father? Care for and protect his wife? Walk with the Lord? Those are some super-deep questions.
I've reflected a lot on these questions in recent years.
During some moments of reflection, I feel sad because it's so rare to see the virtues of manliness displayed today. I worry our boys didn't see enough of me living out those virtues as they grew up, especially because now that they're out of the house, they won't be exposed to them as often as I wish they would be.
In other moments of reflection, I feel nervous about what the future might look like, without enough men who live out their responsibility of being men, and what it might mean to the women who would like to depend on them (no offense to those ladies who feel they don't need a man).
You might read this and think, "Big deal, Tom. Times are changing. Every generation is different."
They are certainly changing, but some things are critical to the fabric of a thriving society. Even Biblical. And the virtues of manhood have always been a cornerstone of the health of society.
That's not to say that the virtues of womanhood aren't just as important. They are. The issue, though, is that too few men are Manning Up today.
A Man's Man...A Book...A Movement
Scott Schuler is one of the "Manliest Men" I know.
He's a "speak softly, but carry a big stick" kind of guy. Scott is deeply passionate, finds peace in the woods, and could probably go toe-to-toe with Ragnar himself (the old Minnesota Vikings mascot, or the one portrayed on The Vikings TV show).
Scott even sports an epic beard...not the nicely manicured, ready for GQ kind of beard...but the kind that would make a Minnesota black bear question whether the beast in front of him would be something to mess with.
But then, when you sit with him, Scott is soft-spoken, caring, compassionate, and tender-hearted.
Scott saw this same issue I mentioned above: Men not stepping up as men as much anymore. He couldn't keep his thoughts to himself anymore, so he wrote Man Up: It's Hard to Resist a Bad Boy...Even More So a Good Man!
Even if you never meet him, you'll know Scott after reading it. He's the same guy in his book as he is in person, right down to his use of uncommonly used words, such as ornery, crappy, assiduity, and testicles to make a point.
As you can imagine, you'll find the book not only informative, but pretty funny in parts, too.
My goal is to tease you with just enough to leave you feeling like you learned something, but wanting more, so you order Man Up.
I'd love to see Man Up become an immediate New York Time's bestseller, so order a copy for every guy in your family, and some of your friends, too. I pre-ordered 20 copies myself.
Instead of just sharing my opinion of Man Up, I want to share a few of the many insights I took away (there were many more that I'm not addressing here). I've mixed in a lot of my own perspective, so whenever I'm directly quoting Scott Schuler, I've made the text blue and italics. That way I don't have to keep writing, "Scott said."
With that, I want to mix in a little Scott Schuler, and a little bit of me as I summarize some of the topics I highlighted as I read Man Up.
To Man Up is to Take Responsibility
A man knows he's entitled to little, and responsible for much. He needs to stand on his own two feet.
There's nothing wrong with leaning on mom and dad for wisdom and guidance, but if a man has to depend on them, well, that's not really manning up.
A man doesn't need his mommy (or his wife) to pay his bills, make him food, buy him stuff, or help coddle him when he feels bad.
He also takes ownership of the problems around him,

29- Scott Schuler explains why you need to Man Up!

Play
Read more
Scott Schuler- Crown Diamond
Back from Alaska with some insider info for you!

What you’re going to hear:
* Do events help or hinder the growth of your business?
*What life changing realization happened when the Schuler(s) attended an event?
*What events are better to attend than others?
*Highlights from the cruise that nobody else will tell you.
*If you ever go to Alaska, you must do this.

Join us for the Monday Night Calls! Every week we have guests that are industry experts, successful entrepreneurs, and Corporate staff.
This Young Living Business Training is free to anyone who is looking to build a business, please share with your teams.
To get more training, visit http://oursimpletraining.com.