Melvin Goodman spent 42 years in government service as an intelligence analyst. He says Trump’s disparagement of the CIA is incredibly dangerous. Susie Linfield, a journalism professor at NYU, says progressives have to learn to fight Trump without demonizing his supporters. And Democratic strategist Brad Woodhouse tells Bill Press that the centers of Trump opposition will be the Senate, Democratic attorneys general, and the courts.   Support the Show Are you tired of Tea Party Republicans and Rush Limbaugh dominating the airwaves? Do you want the facts you won't get on Fox -- or even on CNN? Then stay tuned.   Melvin Goodman Veteran intelligence officer Melvin Goodman says Trump’s belittling of the CIA and other agencies is “incredibly dangerous” for national security as are his top appointees.   Susie Linfield Professor Susie Linfield says progressives must learn from the Civil Rights Movement how to oppose Trump without hating his supporters.   Brad Woodhouse Bill Press interviews Democratic strategist Brad Woodhouse about where the party can best muster opposition to Trump.   Jim Hightower Why so many people loath Congress.

Fred Harris, once the chair of the Democratic National Committee and the leading populist in America, says the party must rebuild from the ground up. Republican ex-diplomat Mike Ussery says Vladimir Putin is playing a weak hand very strongly. And Bill Press interviews Pete Buttigieg, a darkhorse candidate for chair of the Democratic National Committee.   Support the Show Are you tired of Tea Party Republicans and Rush Limbaugh dominating the airwaves? Do you want the facts you won't get on Fox -- or even on CNN? Then stay tuned.   Fred Harris Fred Harris, once called the godfather of populism and a former chair of the DNC, urges the party to rebuild from the bottom up with all its interest groups pulling together.   Mike Ussery Mainstream Republican foreign policy expert Mike Ussery wonders whether the system will modify Trump’s style or whether the president will be a wrecking ball taking destruction to the outer limits.   Pete Buttigieg Coming up, Bill Press talks DNC politics with Pete Buttigieg, who is running to become party chair.   Jim Hightower What's being taught at Koch Kollege? 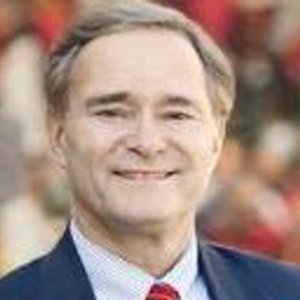 The book on Donald Trump is already out. Author Gene Stone has written “The Trump Survival Guide,” advice for living through what we never thought would happen. Anti-Trump activist Jeff Hauser says Jefferson Beauregard Sessions the Third is the most appalling Cabinet selection in history. And Bill Press talks about Trump’s policy toward Israel with Michael Wilner of the Jerusalem Post.   Support the Show Are you tired of Tea Party Republicans and Rush Limbaugh dominating the airwaves? Do you want the facts you won't get on Fox -- or even on CNN? Then stay tuned.   Gene Stone “Everybody has to do something,” says author Gene Stone, who has written “The Trump Survival Guide: Everything You Need to Know About Living Through What You Hoped Would Never Happen.”   Jeff Hauser Jeff Hauser, a leader in the opposition to Trump’s Cabinet appointees, says the new president thinks his Electoral College victory gives him a mandate for hiring the most unqualified people to run the government.   Michael Wilner Bill Press talks foreign policy with Michael Wilner of the Jerusalem Post.   Jim Hightower The new founder.

Salon editor David Daley has written a new book provocatively titled “Rat-Effed,” about how Republicans openly manipulated the political process to take control of Congress. Journalist Andrew Gumbel is an expert on dirty elections. He says the Democrats have many problems, including choosing to live too close to other Democrats. And Peter Ogburn of the Bill Press Show interviews reporter David Fahrenthold about Donald Trump’s phony charities.   David Daley David Daley, the author of an acclaimed new book called “Rat-Effed,” accuses the Republicans of a conspiracy to take over the government – except they did it openly right under the noses of the Democrats. Website: http://www.amazon.com/Ratf-ked-Behind-Americas-Democracy/dp/1631491628/ref=sr_1_1?ie=UTF8&amp;qid=1465244619&amp;sr=8-1&amp;keywords=ratfcked   Andrew Gumbel The Democrats routinely get more votes across the country in elections for Congress. But Republicans are in charge. Journalist Andrew Gumbel says it’s due to gerrymandering and suppressing Democratic votes. Website: www.andrewgumbel.com   David Fahrenthold The Washington Post’s David Fahrenthold, on the Bill Press Show, exposes Donald Trump’s phony charitable donations.   Jim Hightower Paul Ryan has some snake oil for you.

John Halpin on Hillary Clinton and income inequality … Thomas Geoghegan on the Democratic Party’s need to revive organized labor … and Bill Press interviews Congresswoman Barbara Lee. Democratic analyst John Halpin says Hillary Clinton will not campaign as a raging populist but also is not going to propose rolling back Dodd-Frank. Union lawyer and activist Thomas Geoghegan says the Democratic Party is living in a fantasy world if it doesn’t recognize that its future depends on reviving the labor movement. And Bill Press interviews Congresswoman Barbara Lee on drone attacks.  John Halpin The big issue of income inequality does not interest most Americans, says public opinion expert John Halpin. But Democrats can cash in on the issue if they talk about the specific components of inequality – such as wages, education, and taxes. www.americanprogress.org  Thomas GeogheganLongtime union lawyer and activist Thomas Geoghegan says labor will not come back as a political force without militancy, disruption and educating the Democratic Party elite that its future depends on unions. http://dsgchicago.com/attorneys/attorney-thomas-geoghegan/books/  Barbara LeeBill Press and his guest California Congresswoman Barbara Lee.  Jim HightowerA cluster bomb to obliterate our sovereignty.

Lani Guinier on what’s wrong with the college “testocracy”. Chad Broughton on how NAFTA killed a major manufacturer. And Bill Press interviews Congressman Peter Welch. With high school students mulling over which college to attend next fall, prominent legal scholar and educator Lani Guinier says the admissions testing system is all wrong. Progressives are up in arms about new trade agreements on the table. Labor sociologist Chad Broughton tells us what NAFTA did to a once-thriving Midwestern town. And Bill Press talks with Vermont Congressman Peter Welch about Cuba.  Lani GuinierLegal scholar Lani Guinier says the SAT and other college admissions tests are simply a proxy for wealth and that universities, thus, do not train people to contribute to society. http://www.beacon.org/The-Tyranny-of-the-Meritocracy-P1042.aspx  Chad Broughton Labor sociologist Chad Broughton has done a case study on how NAFTA helped shift bargaining power away from unions to corporations.   https://global.oup.com/academic/product/boom-bust-exodus-9780199765614?cc=us&amp;lang=en&amp;  Peter WelchBill Press and his guest, Congressman Peter Welch of Vermont  Jim Hightower Shoveling America's wealth to the top.

Ed Kilgore on the Ryan budget … Phil Longman on the challenges facing Obamacare … and Stephen Griffin on the role of Congress in deciding when to go to war. The Paul Ryan budget – the one that believes black men don’t have the culture to work – comes under attack from Democratic strategist Ed Kilgore. With Obamacare once again under fire at the Supreme Court and another sign-up deadline passing, health care analyst Phillip Longman talks about the policy challenges facing the Affordable Care Act. And law professor Stephen Griffin asks … and answers … how Congress can take a bigger role in decisions to go to war.Ed KilgoreWhile Paul Ryan rants about lazy black men, Democratic analyst Ed Kilgore says the congressman’s budget is a no-compromise holding pattern meant to kill, not just slow down, social programs. http://www.thedemocraticstrategist.orgPhillip LongmanPhillip Longman has studies the U.S. health care system and recommends it be treated as a “common carrier,” like a utility, in which prices are openly set for specific procedures. http://newamerica.netStephen Griffin When Russia annexed Crimea, it once again raised questions about the role of Congress and the White House in establishing foreign and national defense policy. Law professor Stephen Griffin says Congress should centralize its own decision-making. http://www.law.tulane.edu/tlsfaculty/profiles.aspx?id=422Jim HightowerSchool lunches vs. fat cat dinners