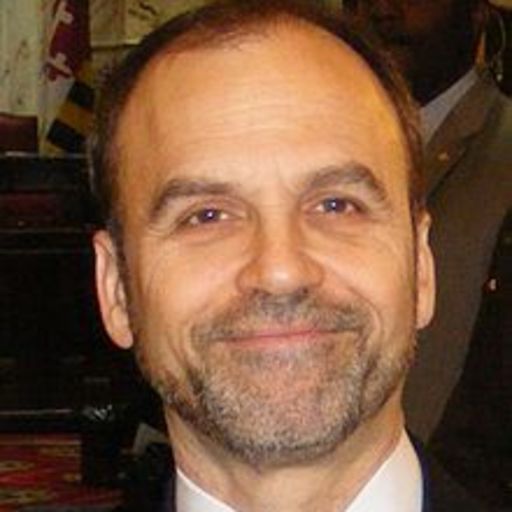 Legal thriller writer Scott Turow offers insights into the spaces where the fragility of human nature and the justice system collide. His latest novel is, The Last Trial .

‘Some speak of the nobility of the law. Stern has not always found that to be true. Too much of the grubby bone shop, the odor of the abattoir, emanates from every criminal courtroom.’

David Baldacci, Harlan Coben, Joe Ide, Attica Locke, Walter Mosley and Scott Turow in conversation with Dwyer Murphy, Editor-in-Chief of Crime Reads at Live Talks Los Angeles discussing on books, crime fiction, and the writing life. The talk was held on May 11, 2020 and was taped from the Live Talks Los Angeles studios. For more information on Live Talks Los Angeles -- upcoming events, videos and podcast -- visit livetalksla.org and subscribe to this podcast.

Scott Turow, best-selling novelist and former federal attorney, joins Daniel for a discussion about the intersection of literature and the law-- Scott’s dual passions and professions.

Jason Hartman interviews best selling author Scott Turow. Jason and Scott discuss what changes to expect in the wake of coronavirus. They travel through a conversation of technology in legal settings and positive changes in the pharmaceutical industry. Will we see some constitutional changes?  Scott Turow is a best-selling author, widely known for One L. He has recently published The Last Trial, a legal thriller about a criminal defense lawyer and a lifelong friend accused of murder. Now available everywhere. Key Takeaways: [2:45] Scott talks about The Last Trial, from where the characters came.  [4:30] Speaking of coronavirus, everyone has an agenda. How can we tell heads from tails? [7:00] Can we design a better system, one in which the government takes over the testing of pharmaceuticals? [13:45] The law has always put tremendous weight on who is holding the records. [18:45] Do you think that supreme court justices should still be lifelong appointments?  [21:00] Has COVID-19 pushed the legal industry to use technology and stray away from primitive processes? [26:45] What kind of constitutional challenges do you see coming from these changes? Websites: scottturow.com JasonHartman.com/Webinar www.JasonHartman.com www.JasonHartman.com/properties Jason Hartman Quick Start Jason Hartman PropertyCast (Libsyn) Jason Hartman PropertyCast (iTunes)

Scott Turow talks about his first thriller, Presumed Innocent, with James Naughtie and a group of readers. The novel was first published in Britain in 1987 and Scott's books have since sold more than 30 million copies worldwide. The novel was seen as groundbreaking as it spawned a whole generation of legal thrillers. Presumed Innocent is the story of lawyer Rusty Sabich who's investigating the brutal murder of a beautiful and ambitious female colleague, Carolyn Polhemus. In the first twist of many in the novel, Rusty, who is married, was once Carolyn's lover, a fact he tries to conceal from his boss, the Prosecuting Attorney. In a further twist Rusty finds himself on trial for the murder, and the evidence against him mounts. Rusty is defended by Sandy Stern, who goes on to appear in Scott Turow's subsequent books, including his new novel, The Last Trial.To join in a future Bookclub discussion email us at bookclub@bbc.co.ukAugust's Bookclub Choice : Kidnapped by RL StevensonPresenter: James NaughtieInvited Guest: Scott TurowProducer : Dymphna Flynn

In New York Times bestselling author Scott Turow's latest novel, The Last Trial, two formidable men collide: a celebrated criminal defense lawyer at the end of his career and his lifelong friend, a renowned doctor accused of murder. Full of the deep insights into the spaces where the fragility of human nature and the justice system collide, The Last Trial is a masterful legal thriller that unfolds in page-turning suspense — and questions how we measure a life.Scott Turow is the author of ten bestselling works of fiction, including Identical, Innocent, Presumed Innocent, and The Burden of Proof, and two nonfiction books, including One L, about his experience as a law student. His books have been translated into more than forty languages, sold more than thirty million copies worldwide, and have been adapted into movies and television projects. He has frequently contributed essays and op-ed pieces to publications such as the New York Times, Washington Post, Vanity Fair, The New Yorker, and The Atlantic.

Fascism. With apologies to Upton Sinclair and his semi-satirical 1935 political novel published during the heyday of fascism in Europe, IT CAN’T HAPPEN HERE…yes it can! And that’s just one of the topics we explore this week on The Halli Casser-Jayne Show when joining Halli at her table is NY Times bestselling author and legal genius, Scott Turow, and former White House correspondent, and Time and Newsweek veteran, Matthew Cooper.We begin with Halli and Matt and their weekly take on all things politics. There are a lot of questions to ask. Has Donald Trump succeeded in turning the United States into a fascist state? Will the cold-blooded killers of African-American, George Floyd suffer the consequences for their actions? Has history finally caught up with Donald Trump, Trump now the wrong president for the times? Can Joe Biden continue his momentum into the fall election? Remember the Coronavirus pandemic? We do. And will General Mattis have the final word over Trump? Tune in.Nobody writes courtroom drama like Scott Turow. Turow is the author of eleven bestselling works of fiction, notably PRESUMED INNOCENT, and THE BURDEN OF PROOF. His books have sold more than thirty million copies worldwide, and have been adapted into movies andtelevision projects. He has frequently contributed essays and op-ed pieces to publications such as the New York Times, Washington Post, Vanity Fair, The New Yorker, and The Atlantic. And just so you know, his writing only gets better and better as he proves in his latest thriller, THE LAST TRIAL, the best courtroom drama he’s written to date. But first, Scott Turow, was and is a great lawyer. The Harvard graduate served from 1978 to 1986 as an Assistant United States Attorney in Chicago, acting as lead prosecutor in several high-visibility federal trials. He has much to say about the pharmaceutical industry, key to his latest book. And he isn’t shy to talk about Donald Trump, Fascism, Attorney General William Barr, and the trial of former NSA advisor, Michael Flynn. Do not miss this interview!Fascism. Can it happen here? NY Times bestselling author and attorney, Scott Turow. History, politics, fiction, Election2020, police brutality, racism, the death of George Floyd, all this week on The Halli Casser-Jayne Show always available at Halli Casser-Jayne dot com and on whichever is your favorite app, and on your Alexa device too. Listen here &gt;&gt; https://bit.ly/2A2WHUH