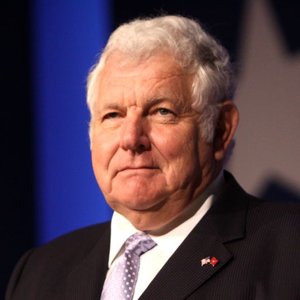 Bill Bennett is an award winning filmmaker and author. In his home country of Australia he’s won the equivalent of the Oscar (Australian Film Institute Award) for Best Film and Best Director, and been nominated a further 12 times. His documentary work has been awarded two Logies, Australian television’s highest award. Bill has had two feature films in Official Selection at the Cannes Film Festival (Un Certain Regard) and four feature films in Official Selection at Toronto. He’s won Best Picture at Karlovy Vary, Palm Springs and Hawaii film festivals. His work has screened at the New York Museum of Modern Art, and he’s had three major film retrospectives, in Germany, the US and India. As well, Penguin Random House recently completed publishing his trilogy of Young Adult novels Palace of Fires, one of its largest selling Australian YA titles in years.Join Robert Manni, author of The Guys' Guy's Guide To Love as we discuss life, love and the pursuit of happiness.Subscribe to Guy's Guy Radio on YouTube, iTunes and wherever you get your podcasts!Buy The Guys' Guy's Guide to Love now!

This ONE VOICE Will Change Your Life! Tap Into Your Intuition with Bill Bennett PGS

If you’ve wanted to get greater guidance in your life and hear it loud and clear, then do we have the Personal Guidance System, show for you! Today I’ll be talking with award-winning Australian filmmaker, documentarian, and author Bill Bennett about a powerful movie, PGS: Intuition is Your Personal Guidance System. We'll talk about one mans search for a voice that saved his life, what REALLY is intuition, and how we can all tap into our own personal guidance system. PGS The Movie Self-Improvement and Self-Help Topics Include: What was the voice that saved Bill Bennett’s life? Where did it send him on his path? Do we all have this inner voice? What exactly is intuition and where does it come from? How did he decide to make a film on our Personal Guidance System? What is it like trying to follow that inner voice? Could the voice really be divine intervention? What can we learn from Lee Carol and “Kryon”? What was the wisdom that Paul Selig and his guides shared, and how’d it change Bill’s movie…and his life? What can we learn from Dr. Dean Radin about intuition, time, and the brain? How did Caroline Myss PhD come to be in the film and why was it a blessing in disguise? How do we find out what our purpose is – and does our soul come with a purpose? What does it mean to awaken? How do we start our inner guidance system? What are the necessary steps to turning on our inner guidance system? What does it mean to stop, listen, ask, trust, and follow? How do we cultivate the inner voice to hear it more clearly? Why is it more important than ever (for humanity) to listen to our inner voice? How can we help cultivate this voice in our children? Visit: https://www.pgsthemovie.com/ &amp; https://www.billbennett.com.au To find out more visit: https://amzn.to/3qULECz - Order Michael Sandler's book, "AWE, the Automatic Writing Experience" www.automaticwriting.com https://inspirenationshow.com/ ……. Follow Michael and Jessica’s exciting journey and get even more great tools, tips, and behind-the-scenes access. Go to https://www.patreon.com/inspirenation For free meditations, weekly tips, stories, and similar shows visit: https://inspirenationshow.com/ We’ve got NEW Merch! - https://teespring.com/stores/inspire-nation-store Follow Inspire Nation, and the lives of Michael and Jessica, on Instagram - https://www.instagram.com/InspireNationLive/ Find us on TikTok - https://www.tiktok.com/@inspirenationshow 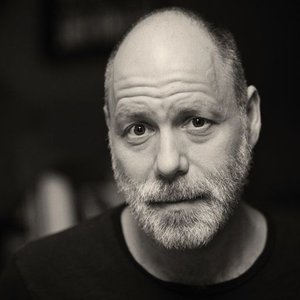 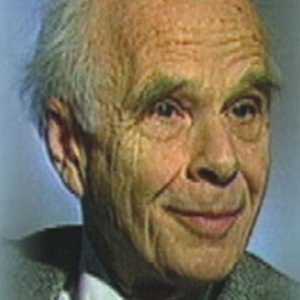 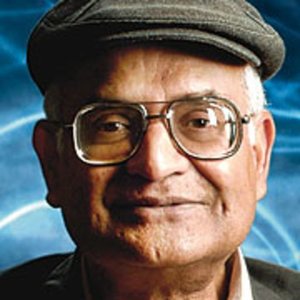 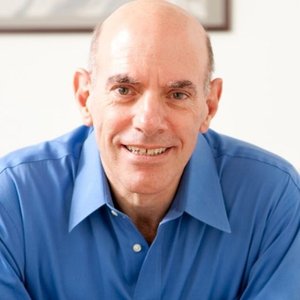 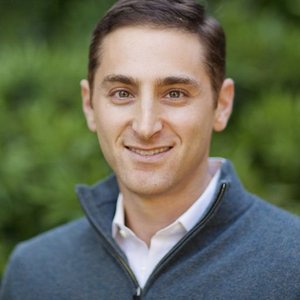 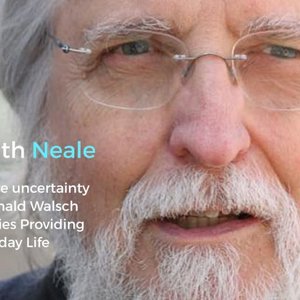 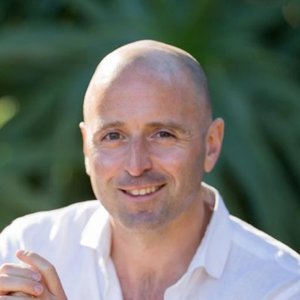 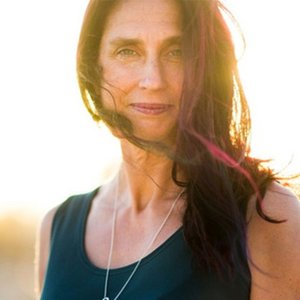 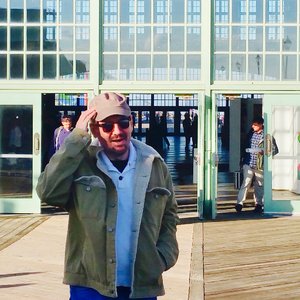 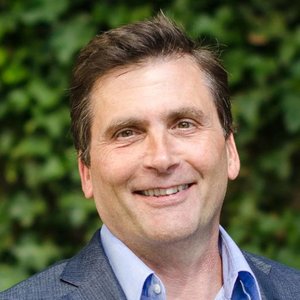 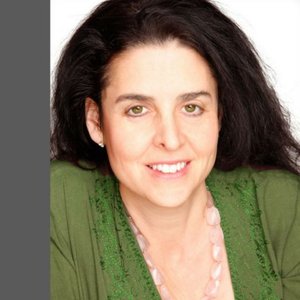 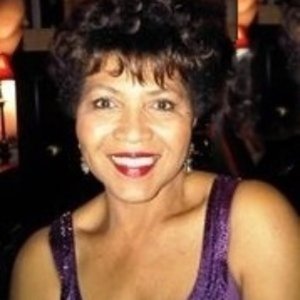 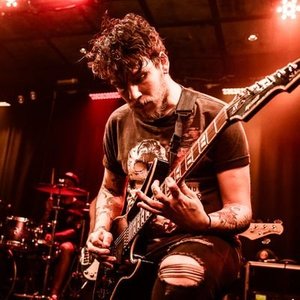 Roll With The Punches

Bill Bennett is an Australian writer, producer and director of feature films and documentaries. In a career spanning more than thirty years, he’s made sixteen feature films, four dramatized documentaries and five feature length documentaries. His feature films have won numerous awards, both in his home country of Australia, and internationally. In Australia, Bill has won Australian Film Institute Awards and Australian Film Critics Circle Awards for Best Picture, Best Director and Best Writer. In Bill's early television work he won two Logies – Australia’s Emmy – for Television Reporter of the Year, and Most Outstanding Documentary. All these accolades are AMAZING however what I really wanted to talk to Bill about was his experience with 'intuition' which is the subject of his most recent film which came about as a result of Bill's near death experience narrowly escaped due to... you guessed it, intuition!  We talk about what intuition is and how we experience and tap into it and we also talk about fear and it's relationship to intuition.  Fascinating topics! BILL BENNETT Website: www.billbennett.com.au TIFFANEE COOK Linktree:  https://linktr.ee/rollwiththepunches/ Website: www.rollwiththepunches.com.au LinkedIn:  www.linkedin.com/in/tiffaneecook/ Facebook:  www.facebook.com/rollwiththepunchespodcast/ Instagram:  www.instagram.com/rollwiththepunches_podcast/ Instagram: www.instagram.com/tiffaneeandco See omnystudio.com/listener for privacy information.

9. Bill Bennett on the Benefits of Asset Ownership for the Coworking Model

Connect with Giovanni on LinkedIn Find Jamie on the Everything Coworking Podcast Resources Mentioned in this Podcast: Bill Bennett on LinkedIn Expansive Bill Bennett is the founder and CEO of Expansive which powers the largest portfolio of owned and operated flexible workspace centers in the U.S. The expansive portfolio consists of 35 locations in 47 cities. Bill shares: - His own “coworking story,”  - Why the Expansive business model is to own the asset, but to also flip the landlord model on its head to be client-centric - The advantage of offering a broad range of product offerings,   - Creative ways they’re approaching funding new locations - What Bill’s equity investors expect in return - His perspective on IWG’s investment in tech platforms - Why venture capital doesn’t belong in a real estate business

50 - Facing Your Fears with Director and Filmmaker, Bill Bennett

Welcome back to the Mentors &amp; Moguls podcast with Heather Stone! Today, we're talking about fear. We all have it in some way, shape, or form. Joining us is Mr. Bill Bennett. He’s a writer, producer, and director of feature films and documentaries. His career spans 30 years, and he's made 16 feature films for dramatized documentaries, plus five feature-length documentaries.    Bill’s movie, PGS: Intuition is your Personal Guidance System explores the scientifically proven phenomenon of intuition. A time ago, Bill experienced a near-death moment, where he very closely missed being hit by a massive truck in an intersection. But, his life was saved by a voice inside his head–his intuition–a very different feeling for Bill, who had an evidence-based upbringing. PGS documents his journey to find the source of that mysterious voice. What was that voice? Where did it come from? And why did it save his life? After a dream that told him he needed to pursue this film, once again his intuition was put to the test. Trusting that inner voice changed Bill’s life fundamentally, but it wasn’t easy and it wasn’t immediate. He discovered a spiritual side of himself that was previously unknown.  Facing fear is a the crux of Bill’s next film. He’s challenging the idea that fear is necessary in our lives. When the pandemic hit, fear was abundant. He began looking at fear as true fear, survival fear, and imagined fear, and how much of the fear people experienced was imagined. A major fear is that of the unknown, and the pandemic embodied that for many people. Bill tapped into what he learned in making his film: when you’re faced with fear, plan.  The truth is, you can’t understand fear without understanding love. fear must be seen, not as something that demonizes you, but something that gives you the opportunity to learn and grow. For that to happen, you have to face it. You’ve got to befriend your fear–personalize it.  A major fear for some is what others think of them when they put themselves out there for all to see. At the root of this, Bill says from one of his interviews, is that you are unsure of who you really are. Once you do the work to know who you really are, you become rock-solid.  Fear makes you dumb. When fear hits, it evokes a flight or fight response, blocking out logical thinking. You’ve got to break that cycle. When you’re faced with that fear, give yourself three seconds to let the fear run through you and the adrenaline wear off so you can work through the problem creatively.  Fear begets more fear. Flip that. Joy attracts more joy. No fear lives in the present moment. So, if you can stay there, you’ve worked around that fear. Fear has purpose, so once you can extract that, it becomes useful.  Fear of change is a massive part of society, and can actually be dangerous. Oftentimes, fear of change is linked to a fear of loss, the loss of status, or loss of abundance, or loss of sense of place–think racism and homophobia.  Bill has the 5 F’s of fear: Find, feel, face, friend, and free your fear. Reminagine fear: it’s something you can arm yourself with.  Things you’ll learn On today’s show, you’ll get a breakdown of what fear is, it’s different manifestations, and how you can extract usefulness from your fear to arm yourself. Bill touches on his own experiences and how that helped him develop some eye-opening films surrounding fear. Socials Instagram - https://www.instagram.com/billbennettoz/ Facebook - https://www.facebook.com/billbennettaus LinkedIn - https://www.linkedin.com/in/bill-bennett-9025661a/ Website - https://www.billbennett.com.au/ Watch Facing Fear – The Interviews -  https://facingfearinterviews.com/about/

What would you do if you heard a voice telling you to “Slow down” as you approached a green traffic light in the early morning hours?  Well in this episode you’ll listen to what my new friend, Australian filmmaker, Bill Bennett did . Bill is a wonderful filmmaker, producer, and author. Bill’s encounter led him on a quest to make sense of a mysterious voice that saved his life–to explain what this voice was, and where it came from. It was on this quest that he met some of the world’s leading experts in science, religion, and spirituality and was forever changed. In this episode, Bill talks about the film he created from his experience and how we can access our internal intuition. Bill’s story is one you’ll want to hear and share with others–so listen in and enjoy meeting Bill Bennett.

The Best Of DJ Bill Bennett

NLS 058: Listening to My Higher Self Saved My Life with Bill Bennett

Bill Bennett heard a voice which saved his life. Determined to find out what that voice was, he went on a global search speaking to some of the world's leading experts on intuition, spanning science, religion and spirituality. The result was a highly acclaimed film, and now a book which expands on the film and details how you can access and trust your intuition to guide you to purpose and fulfilment.[presto_player id=70017]PGS – INTUITION IS YOUR PERSONAL GUIDANCE SYSTEM IS AN 83 MINUTE MOVIE FEATURING SOME OF THE WORLD’S LEADING EXPERTS ON INTUITION. IT DOCUMENTS BILL BENNETT’S JOURNEY TO FIND THE SOURCE OF A VOICE WHICH SAVED HIS LIFE.The movie was shot over a three year period all over the world, and features experts in intuition spanning science, religion, and spirituality. The movie discusses what is intuition, how it works, and how we can access it to lead a more enriching life.FEATURING: Caroline Myss, James Van Praagh, Dr Norman Shealy, Michael Tamura, Dr. Jeffrey Fannin, Dr. Judith Orloff, Lee Carroll, Dr. Dean Radin, Paul Seilg, Foster Gamble, and many more.

The Very Latest in Tech - with Bill Bennett and Paul Spain

Episode 8: Chris and Bill Bennett discuss what it was like playing for the Whalers in their first season in the NHL

Chris and Bill Bennett talk about the first year in the NHL for the Whalers, Gordie Howe's impact on the franchise, and the importance of players like Dave Keon and Rick Ley on the growth and development of the team in those early years. Bill also explains what he believes as the true legacy of the team, and why the Whalers still resonate with hockey fans 25 years after the move to Carolina.