#THROWBACK !!! From 11/17/2016 - Discussing business, President Donald Trump, Tesla, The Titanic, and Foreign Currencies, Dr. David Anderson Sr. (#theentrepronegro) speaking on "Investment the principal, eat off the interest". following The Wealth Collective's screening of BLACKfriday Remix film in Norfolk, Virginia. Following Dr. Anderson at 32:33 in the audio is Jewel Tankard from Bravo Television's Thicker Than Water discussing Foreign Exchange opportunities. https://www.instagram.com/theentrepronegro &amp; http://theblackspeakers.com/drdavidmandersonsr &amp; https://www.facebook.com/BLACKANOMICS Dr. Anderson played a major role in the film documentary “Generation One” The Search for Black Wealth in which he lends his skill set and business philosophies to the silver screen. The film “Generation One” The Search for Black Wealth lead to another film documentary opportunity; “The Film Black Friday” in which Dr. Anderson is an executive producer in the star-studded cast alongside Hill Harper, Judge Hatchett, Cynthia Bailey, David Banner, and a long list of other great minds who helped to make the project become a great success. Focused on empowerment, the Get On Code (The Fly Guy Show), is a series of Melanated conversations focused on solving OUR Collective situations via the #EmpowermentAgenda. #GetOnCodePodcast #TheFlyGuysShow #GetOnCode Interested in sponsoring the podcast? Email TheFlyGuysShow@gmail.com . Private Money for Real Estate Investments: PositiveVibesFinancial@gmail.com Invest with Acorns: https://www.acorns.com/invite?code=zd3daa Invest in stocks via STASH: https://get.stashinvest.com/sekosq72j Fix your credit: https://positivevibes.myecon.net/my-credit-system/ Healthy Health &amp; Beauty products: http://commonscents4u.org/

On this weeks podcast we are LIVE with Dr. Jewel Tankard talking intercession, wealth, stretching yourself to learn, forex trading and more. Dr. Jewel is a TRUE Proverbs 31 BOSS. In this episode she shares insight on how you can BOSS Up too. 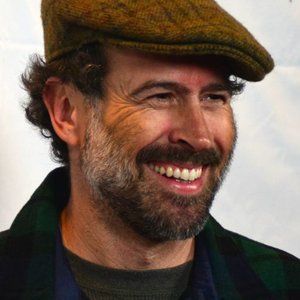 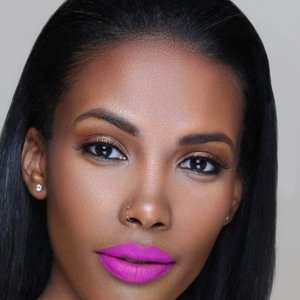 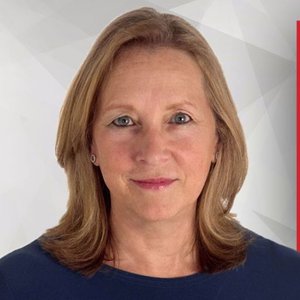 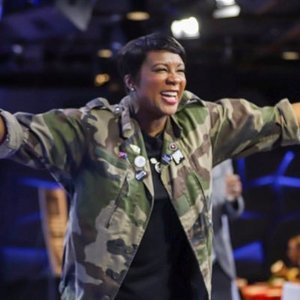 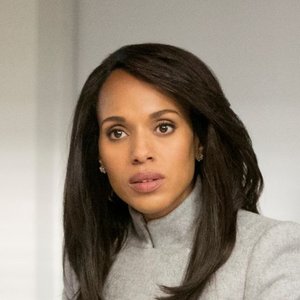 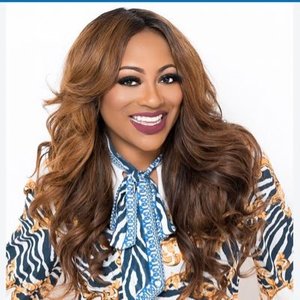 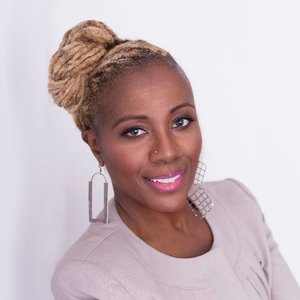 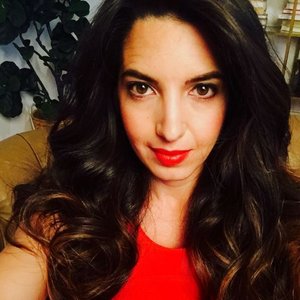 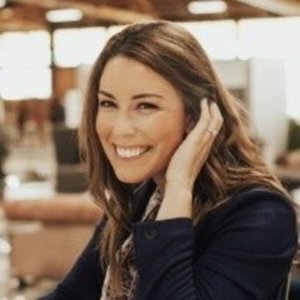 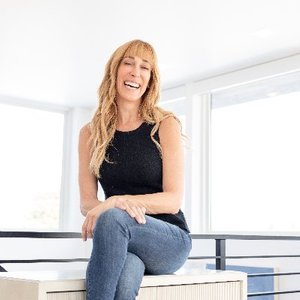 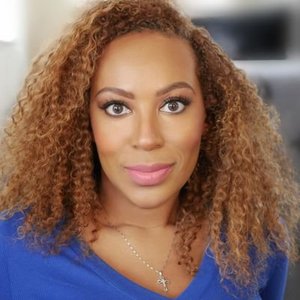 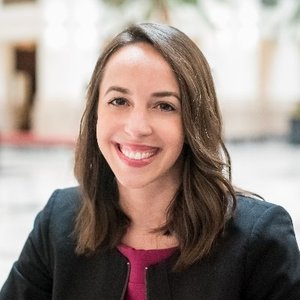 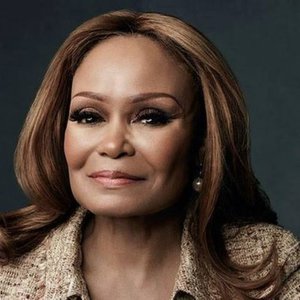 Jewel Tankard is multi-faceted and like a gleaming gem she shines on multiple levels. She is a nationally and internationally sought-after speaker and financial expert. Her dedication for seeing women and families obtaining financial freedom to live their dreams led her to found the phenomenal members-only Millionairess Club. Jewel’s empowering message is bible-based. Since 2002 she and husband Ben Tankard have co-pastored Destiny Center, a growing, multi-cultural, non-denominational church in Murfreesboro, Tennessee near Nashville. Ben is the Grammy-nominated “godfather of gospel jazz music” and the genre's bestselling artist/producer, earning several gold and platinum records and a Stellar Award. The couple and their five children were the subject of Bravo TV’s hit reality series about the powerhouse couple and their family ties, “Thicker Than Water,” which aired from 2013-2016. A global economist, Jewel founded the mentoring group, the Millionairess Club, in 2009. The native Detroiter studied economics at the University of Michigan and now offers cutting edge advice on money matters, wealth strategies, global economics and socioeconomic systems. Her goal is to see club members dominate in their fields of expertise and create the cash flow that will produce a worldwide impact. She has written the bestselling e-book, Jewel Tankard’s JumpStart: Quick Tips for Wealth Building, with financial insight to help build a solid foundation for creating generational wealth. Jewel Tankard’s achievements in the worlds of business and finance include a reign as a network marketing whiz, having excelled in that industry for more than a decade. She became internationally known as a top income earner for a foundation garment MLM company, rising to the rank of platinum president, the company’s highest sales level. Jewel grossed more than $2 million in sales and signed more than 65,000 members to her organization. This success landed Jewel on BET Centric’s 2012 reality TV show, “Amateur Millionaires Club.” Her experience and enterprise form the foundation for the Jewel Tankard Brand, which, in addition to the Millionairess Club, includes: National and international workshops and speaking engagements. Personal finance and investment strategy coaching, including: gold and silver savings, real estate and oil well investing, and credit restoration advice. The Jewel Tankard Talk Show seen on the Impact Network. The Jewel Tankard Collection with jewelry, clothing and decorative pillows adorned with the affirmations that reinforce a woman’s value and worth to motivate action and provoke change. Jewel believes in investing in personal growth for others and the community and volunteers as a board member of the Rutherford County Domestic Violence Shelter. For more information, visit www.JewelTankard.com Keep in contact with us,      sign up and get our free gift to YOU: https://drgenevaspeaks.com Follow our hashtag #ignite2impact  Please share this podcast &amp; let us what you think, *subscribe in iTunes and leave a review

Ep 166: How to Be a Millionairess with Dr. Jewel Tankard

On this episode, we are speaking with Dr. Jewel Tankard. She may be most well known for her family’s reality TV series Thicker Than Water, but Dr. Jewel Tankard is also a Financial Expert &amp; Founder of the Millionairess Club. She is sharing much of what she has learned in business from how to diversify to amass wealth to what makes strong leaders. We also get into understanding making network marketing work for you, trading cryptocurrency, understanding how to embrace change to reach your maximum success.Website - https://www.jeweltankard.com/millioniaress-club.htmlPick My Brain Session - https://www.switchpivotorquit.com/schedule-sessionSPQ Resources - https://switchpivotorquit.teachable.comInstagram - https://www.instagram.com/switchpivotorquit/www.SwitchPivotorQuit.com

Jewel Tankard Multi-Millionairess, Network Marketing Extraordinaire, Jewel Tankard is the wife of Gospel Jazz Musician Ben Tankard. Together, they pastor The Destiny Center, a growing, multi-cultural, non-denominational, Bible-believing, Word-based church located in Murfreesboro, Tennessee. The duo, also with their family, star in “Thicker Than Water: The Tankards”, a positive family reality show on the Bravo network.Jewel is equipped with a unique message that uses a Biblical foundation to help ordinary women lead extraordinary lives both in business and personal endeavors. As she leads by example, she motivates others to reach their fullest potential. Author of the book, Millionairess Lifestyle, she will be releasing Full Tank Life for Women: Maximizing Your Finances, which will equip women with everything needed to become and stay wealthy.

Loretta McNary Live is a live call in radio show created for an empowered active and diverse radio, social media and online listening audience; wanting an impressive menu of meaningful authentic conversations. Our guests today are two phenomenal women, Hazel Joyner Smith and Jewel Tankard. Hazel Joyner-Smith, CEO and founder of the International Black Film Festival of Nashville. A true pioneer in the creation of innovative programs promoting cultural diversity inclusion and awareness. The International Black Film Festival of Nashville, the first festival series in Nashville and the state of Tennessee to highlight the contributions of African-American filmmakers. Before establishing IBFFN, Joyner-Smith served in two consecutive roles as assistant director and program director of the Fisk University Race Relations Institute. The veteran educator co-founded and hosted the first annual Fisk Film Festivals and conducted a community forum on race and race relations, "Lift Every Voice" for middle Tennessee. Jewel Tankard,  Multi-Millionairess, Network Marketing Extraordinaire, is the wife of Gospel Jazz Musician Ben Tankard. Together, they pastor The Destiny Center, a growing, multi-cultural non-denominational Bible-believing Word-based church located in Murfreesboro, Tennessee. The duo, also with their family, star in “Thicker Than Water: The Tankards”, a positive family reality show on the Bravo network. Jewel leads by example she motivates others to reach their fullest potential. Author of the book, Millionairess Lifestyle, she will be releasing Full Tank Life for Women: Maximizing Your Finances, which will equip women with everything needed to become and stay wealthy. Jewel is widely known for her success as a top income earner with Ardyss International (MLM).

Well In Life Now Radio family we are in for a great treat on this episode because "The Tankards" are back in the house with Coach TMB! One of the world's greatest jazz musicians in the form of Ben Tankard along with his lovely and inspiring wife, Jewel Tankard are going to be talking to us on this "special edition" this morning about "staying power!" So let me ask you, in regards to whatever you are doing, do you have that staying power?  Tonight the Tankards will be talking to us candidly about what that means and what it looks like as you are striving to be the best you you can on purpose in life now... Tell your family, friends, and loved ones to tune in!